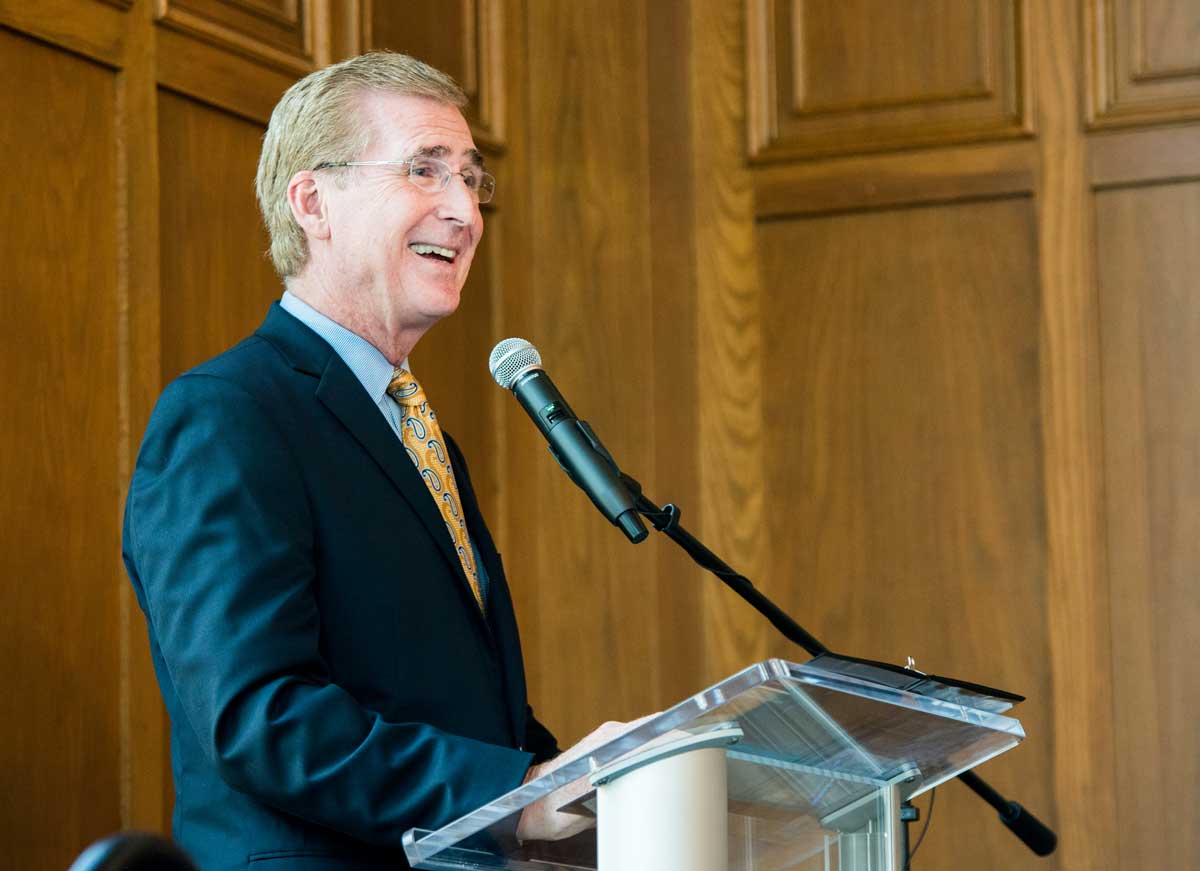 Before a capacity crowd looking on from inside a newly renovated building, University of Tennessee at Chattanooga Chancellor Steve Angle acknowledged a milestone 50th anniversary in the life of UTC and declared the state of the University is strong.

It was standing-room only inside the Guerry Center, originally a University Center and named for the University’s seventh president, Alexander Guerry. Having undergone an $8-million transformation, the Guerry Center now is home to the UTC Honors College, which hosted the annual event.

“We are here today in the renovated Guerry Center, named for a Chattanooga family that has led the University, spearheaded numerous campus physical improvements and invested in our educational mission,” Angle said. “The Alexander and Charlotte Guerry Professorships started in 1961, a lasting tribute to the accomplishments of the university’s seventh president and his wife.”

“A span of 50 years and the tireless contributions of many people bring us to the University of Tennessee at Chattanooga of today,” Angle said, noting that since 1969:

“Being part of the University of Tennessee System (has) opened doors of opportunity for our institution, our students and our community,” Angle said.

To further expand opportunity, he added, UTC introduced the “Soar in Four” tuition model in 2019 to incentivize graduating in four years and with expanded need-based scholarship offerings, all toward reduced overall costs to reach graduation.

“We are addressing affordability,” Angle said. “More than 50 percent of our students graduate with no debt, and 75 percent of UTC students receive some type of financial aid.”

He also noted the just-launched UT Promise, a last-dollar scholarship program spearheaded by Boyd to guarantee free undergraduate tuition and no fees for qualified Tennessee residents at any UT campus.

Pointing out that the Tennessee Higher Education Commission puts UTC graduation rate at 64 percent, Angle said 75 percent is the immediate goal, being supported by student success initiatives to boost retention and graduation rates. He also said UTC Strategic Plan metrics show significant progress in all areas but haven’t met expectations in the area of “diversity, inclusion and engagement.”

“We are committed to achieving more. Greater diversity in student recruitment and graduation is a priority,” Angle said. “Building a diverse faculty, staff and leadership team is a requirement if we are to be successful.”

Toward that, he announced plans to “hire a cabinet-level leader for diversity, inclusion and engagement” to “foster an environment of openness and civility, and student experiences that expand knowledge and encourage collaboration to solve problems.”

Further, Angle added, a Campus Commission on the Status of Women is to be established and chaired by Pamela Ashmore, UTC professor and head of the anthropology department, to initially focus on women faculty members and “improving diversity throughout our faculty ranks and academic leadership.”

“We look at being an even more engaged convener on community issues; to bring diverse voices to the table for meaningful conversations,” Angle said. “This is fulfilling our service and social responsibility through facilitation and ensuring the whole community has a seat at the table.”

In recognition of the 50th anniversary of the establishment of UTC, Chancellor Angle shared these words of UTC’s first chancellor, William H. Masterson:

“Nothing in campus life lies outside a student’s university education.  Musical productions, dances, dramatics, student publications, athletics, fraternities and sororities, special interest groups, concerts, “bull sessions” in the dormitories and student government are all as much a part of a college education as classroom and laboratory.

“In all these areas as well as in the broadening of the curriculum the education at Chattanooga will be strengthened by the change before us.  We shall be larger, but not unmanageably or impersonally so.  Our tradition of concern for teaching and student welfare will still be very much a part of us.

“On the other hand, the enlargement of the student body and the faculty will provide the numbers and diversity of interests that will give all these curricular and co-curricular activities the necessary vitality to become valuable to more university men and women.  Similarly, our campus will become a larger more coherent physical entity that will provide proper facilities for these activities.

“These things will not come overnight and the new face and personality of the University will evolve over the years, just as new traditions will be added to but not supplant our present ones.  The point is that no “new” university wholly strange and different is to replace the present one.  Rather the University that we know will, we believe, develop greater breadth and more opportunities for those of you with whose lives it will always be associated.” 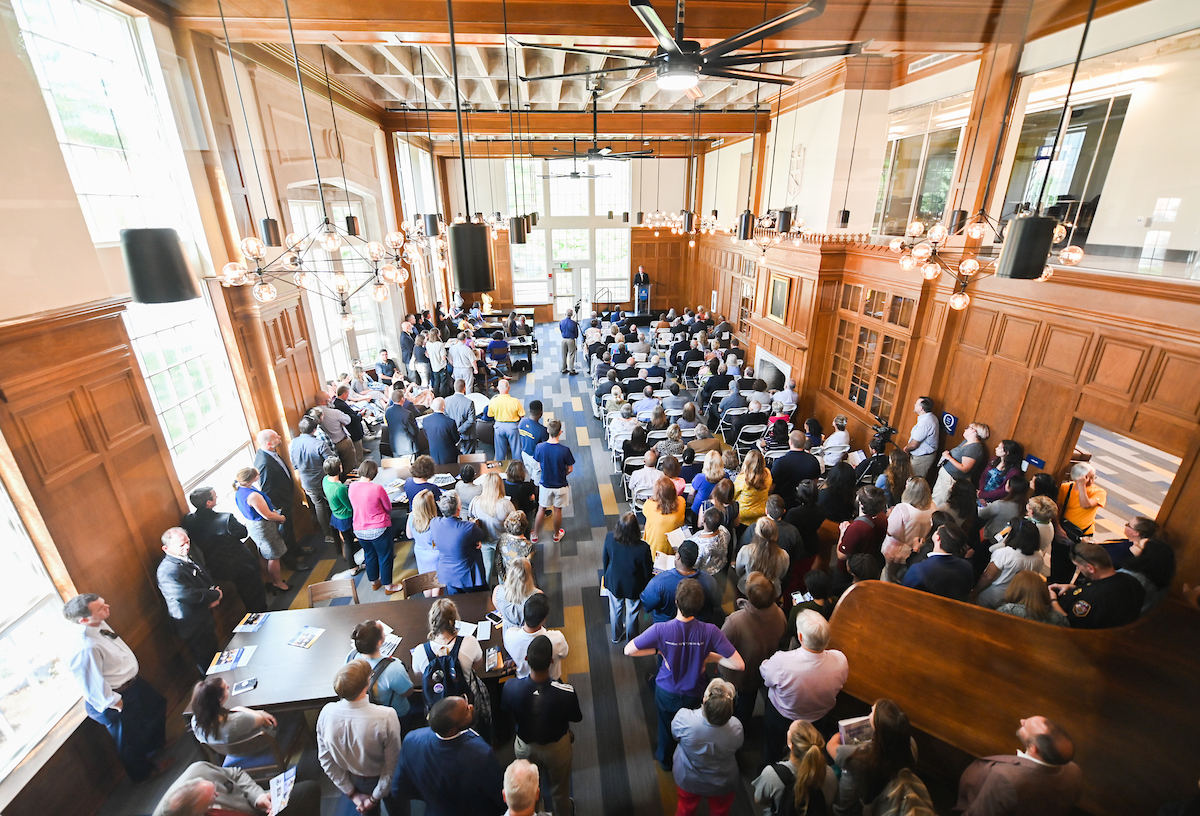 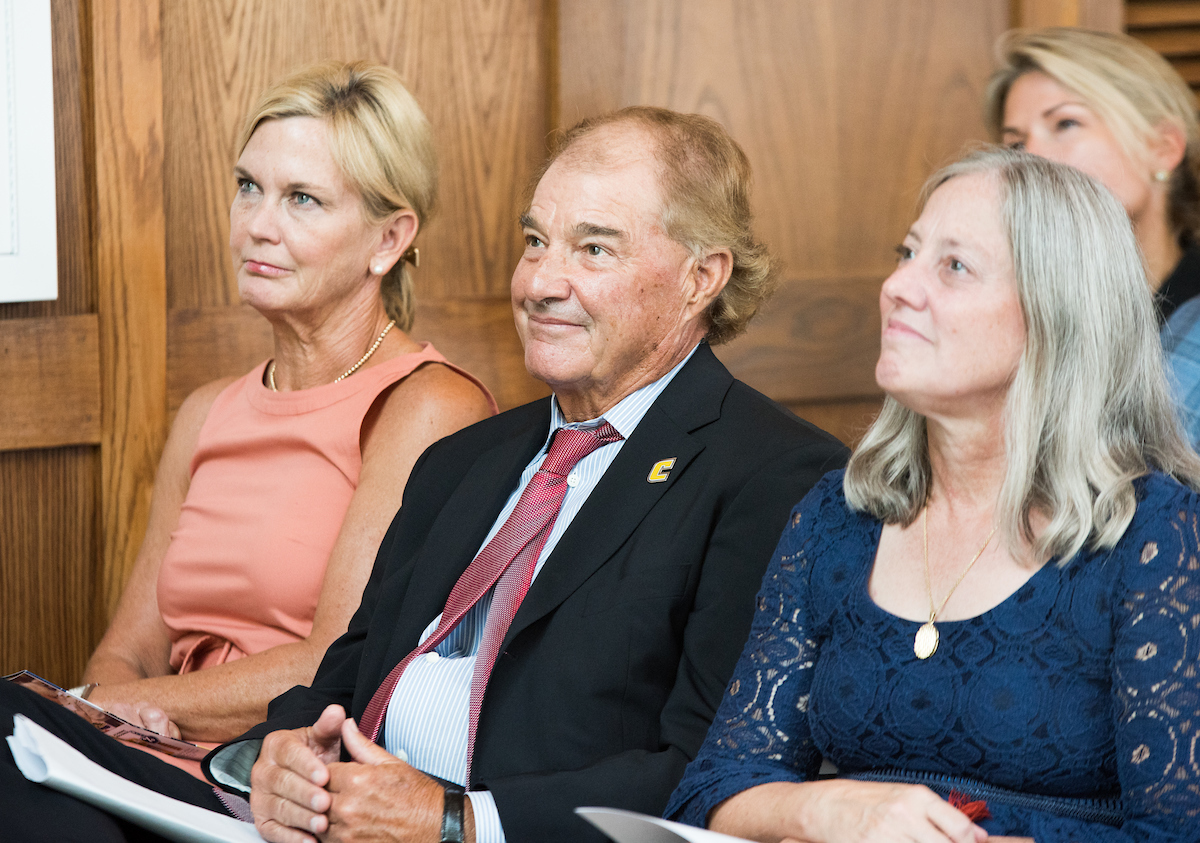 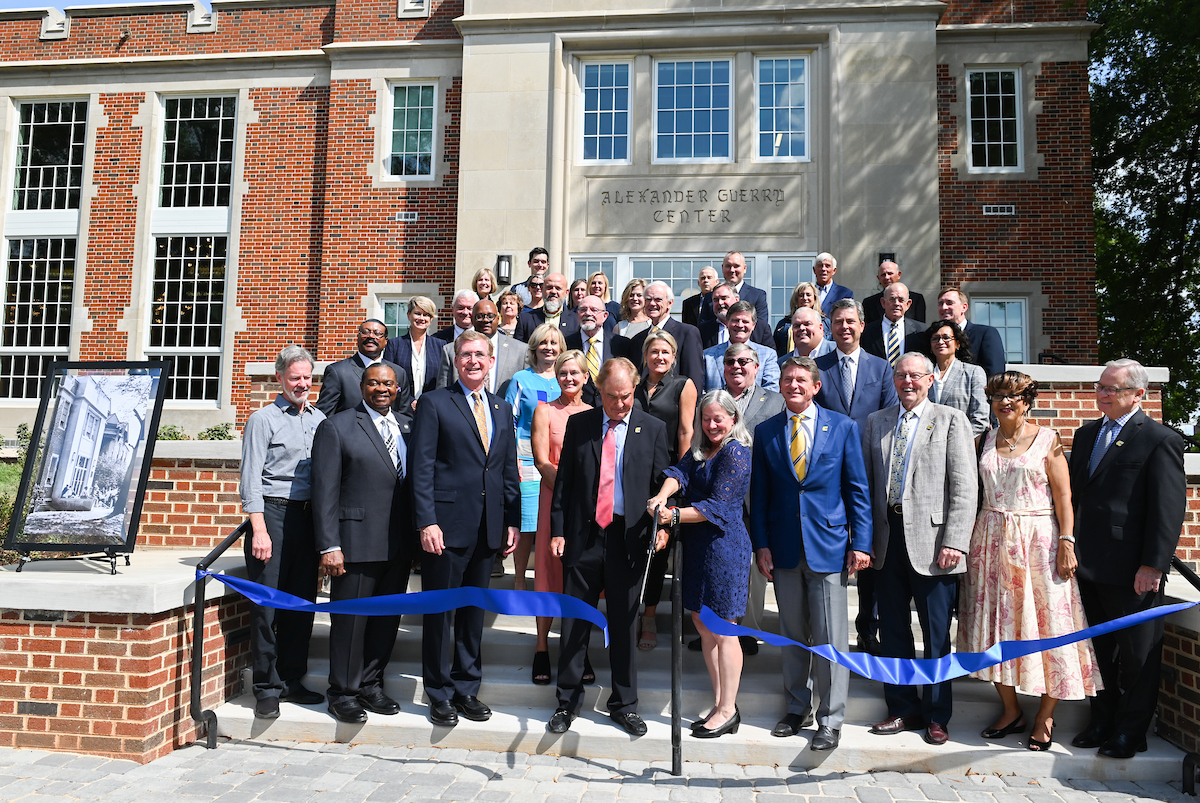 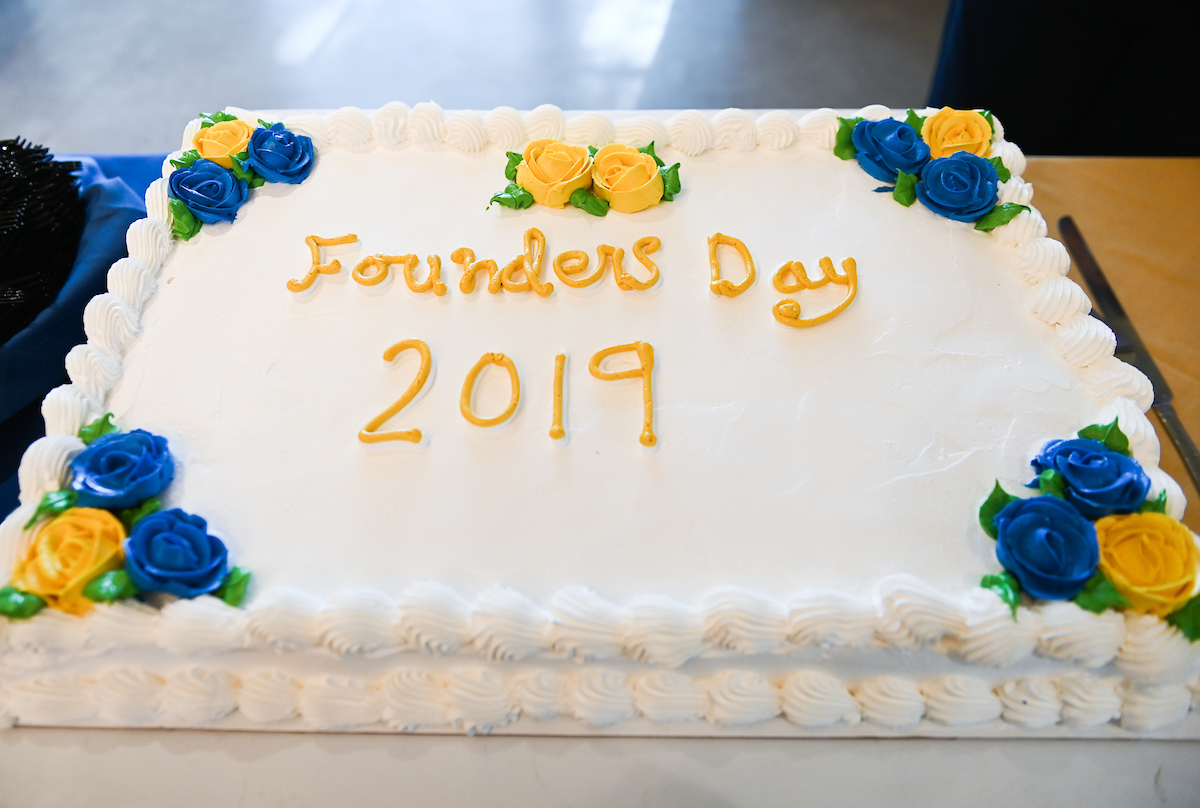