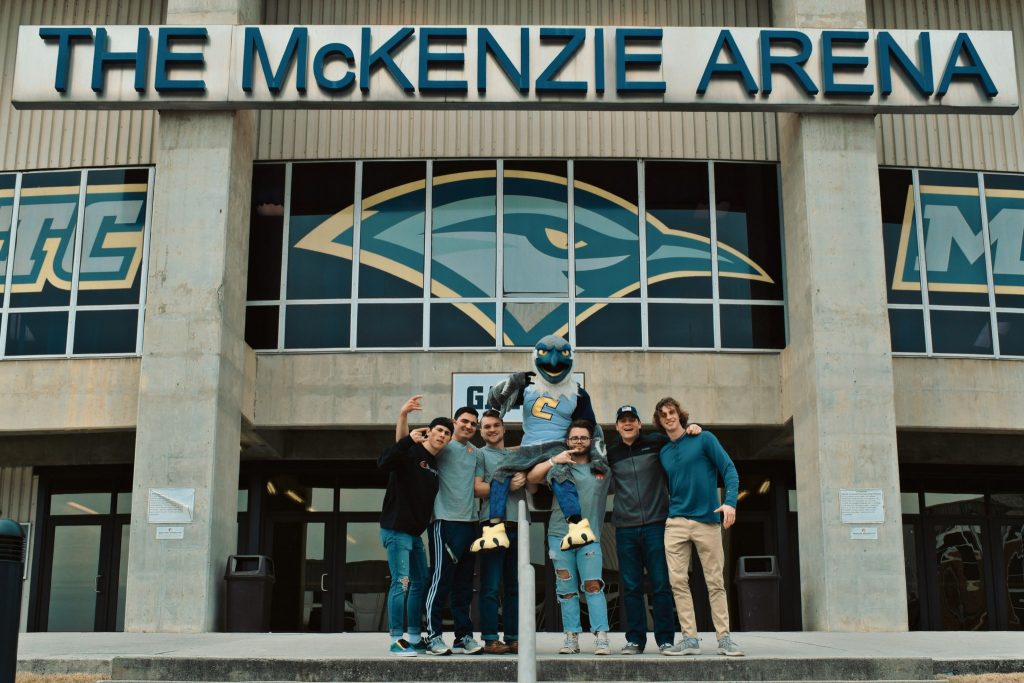 What started out as a joke on campus last month has quickly turned into a popular, charity-raising initiative.

UTC Piggybacks offers a new way to get around campus with tips benefiting local charities. UTC recently sat down with Billy Johnston, Trent Walliser and Matt Conkel of Piggybacks to learn more. 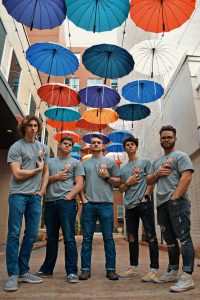 So one day, about four weeks ago from today actually, I was carrying my friend Matt on my shoulders throughout the University Center and up to Chamberlain and around campus. Everyone was just stopping, videoing us, laughing. And we realized this is really funny. We should do this as an everyday occurrence. Then later I was talking to Billy and we came up with Piggybacks. We were walking to his dorm and we ended up taking the first picture for Piggybacks—we just got some random girls on the side of the street to take a picture of us. So then I made the Instagram and the rest is history.

We’ve heard you already donated some tips to an organization—which organization was that?

We did a day of all money going to St. Jude. So we raised $46 in one day. We were making money off tips, but after that we realized it would be cool if we made this 100 percent nonprofit. Now we have a charity that every piggyback goes to, the Chattanooga Food Bank. We’re trying to raise $1,000 for it.

How do you solicit your volunteer piggybackers?

It’s just the main people in our friend group. The ones that were really riding with us from the beginning. There’s eight of us. So whenever someone direct messages us [on Instagram], Trent will just throw it in our group chat and then whoever is available will respond. So that just makes it easy for everyone to get involved and help out.

Do you have a craziest moment that’s happened since you started this?

There’s been several landmarks. One was when Barstool Mocs [popular Instagram account] gave us a shout-out. And we thought it was kind of crazy because it’s a bigger account and has more people liking our stuff.

Another big moment, was honestly, when UT Chatt [Instagram] direct messaged us. Because I was constantly commenting on UT Chatt’s posts, specifically to get their attention. So when that happened I was like, okay, the University noticed. This is a good milestone.

Then after that, news channels. We just had an interview with Channel 3 and then right before this, I was checking my email and I have an email from Channel 9.

I think it’s kind of cool that a lot of the big things we were shooting for are happening right at a month from when we started. It’s kind of crazy how that works out.

Would it be Will’s from West Campus to Lockmiller? Yeah, that was a fun one.

We really want to give a piggyback to Terrell Owens. He does so much for Chattanooga and cares so much about it, and we want to give back to this city. So that would be cool.

So Piggybacks really started out as just a joke. At first we were skeptical—do we really want to do this? It just seems like a really weird way to get around campus. But the overall thing was, we wanted to have a lighthearted, fun way to express our charismatic emotions throughout the campus, especially for freshman just getting here. When we started they had just gotten out of syllabus week. They’re starting to get all of the tests. It’s starting to get crazy for them. So we wanted a lighthearted way to show that college is more than just scary tests or mean professors. There’s people in this community that we just wanted to have a good time with.