We Care Now: Student podcast about the lynching of local man leaves no stone unturned

The story is a dark and painful one, of a black man who was mob-lynched on Chattanooga’s Walnut Street bridge while accused and still on trial for the rape of a white woman—accusations he denied to his death. The bridge is now a staple pedestrian walkway frequented by Chattanooga natives and visitors alike, many unaware of the history that happened there. Despite the tough subject, University of Tennessee at Chattanooga students chose to tell Ed Johnson’s story in their serial podcast titled, We Care Now: A Podcast for Ed Johnson. 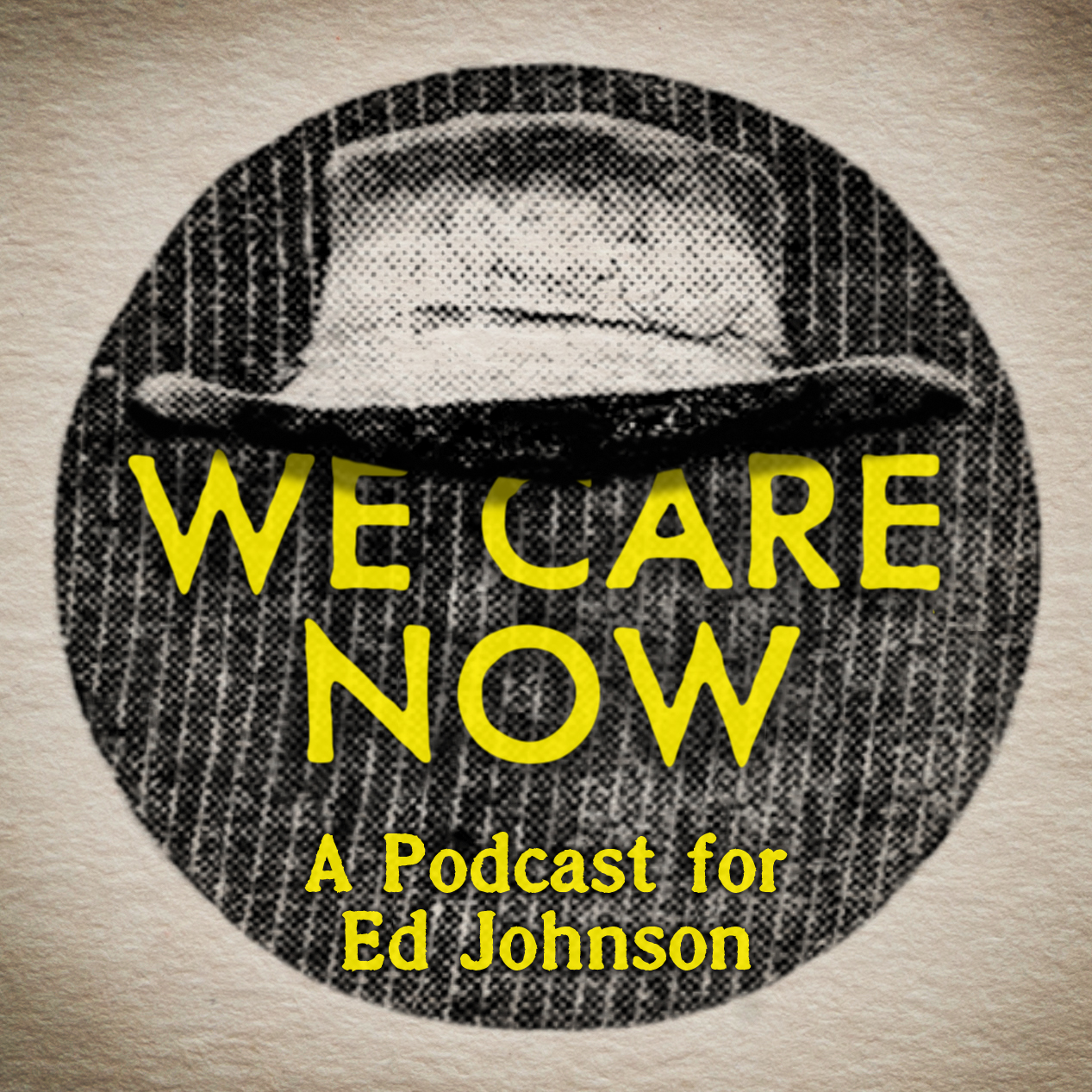 We Care Now: A Podcast for Ed Johnson

Listen to the UTC student-produced podcast on Apple Podcasts at utc.edu/we-care-now.

Or find it on Spotify at spoti.fi/32Nnwr1.

The podcast was created by 12 students in Storytelling Through Podcasts, a semester-long course offered through UTC Honors. Instructor Will Davis said the first week of classes began just after the Jan. 6 riots at the U.S. Capitol. Still fresh on the students’ minds, that historic moment took up a lot of their initial conversations.

“Our very first conversations centered around, ‘If you’re a storyteller, what civic responsibilities do you have?’” Davis explained.

That led them to decide to tackle a story with significance to the community. The result is a series of five, 10-minute episodes told in a true-crime fashion.

Working with the Ed Johnson Project, the podcast tells Ed Johnson’s story, interviews local leaders and explains why something that happened 115 years ago is still relevant today.

“I’m not from Chattanooga, but I was really shocked when after living here for one-and-a-half years that I never knew his story and that he was lynched on the Walnut Street Bridge. The bridge is such an important part of Chattanooga, and the fact that it’s still not as known—I feel like it’s something that everyone needs to know,” said Shriya Purohit, sophomore business analytics major.

As a producer and host, Purohit’s voice becomes a familiar one in the podcast. Listening to her in the show it’s hard to tell the entire podcast experience was new to her, or that she might have been hesitant to speak into a microphone.

“I always was really shy of my voice and I definitely overcame that fear, because now my voice is going to be heard.”

With majors in business, interior architecture and biology, students in the course were podcast novices in January but found their footing midway through the semester as production on We Care Now took off.

“I had zero experience editing and before we started the project, we were given an assignment and a brief introduction to the software,” Britt explained.

“I definitely had to go to the studio multiple times and ask for help, but it was cool to see how at the beginning I had no idea what I was doing and then to have this finished product.”

Mazze Stokes, a sophomore studying interior architecture and design, worked on the podcast as a writer. She hopes the podcast encourages listeners to be more actively engaged in learning about their local history and proactive against social injustice.

“I hope it also brings attention to other racial injustices that have happened in history and pushes people to learn more and have more of a voice in that respect,” she added.

Hover over the photos to see their names.

Listen to episode five of the podcast to hear more about their experience and process. 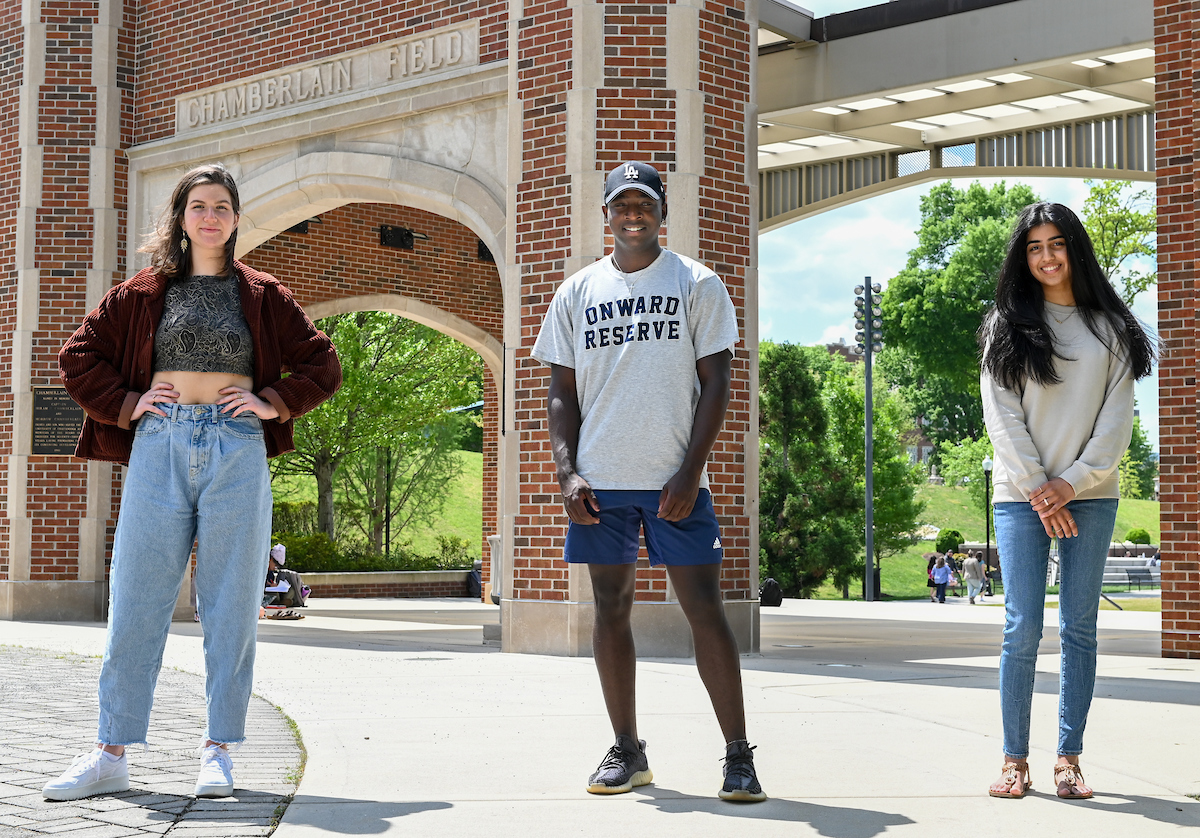 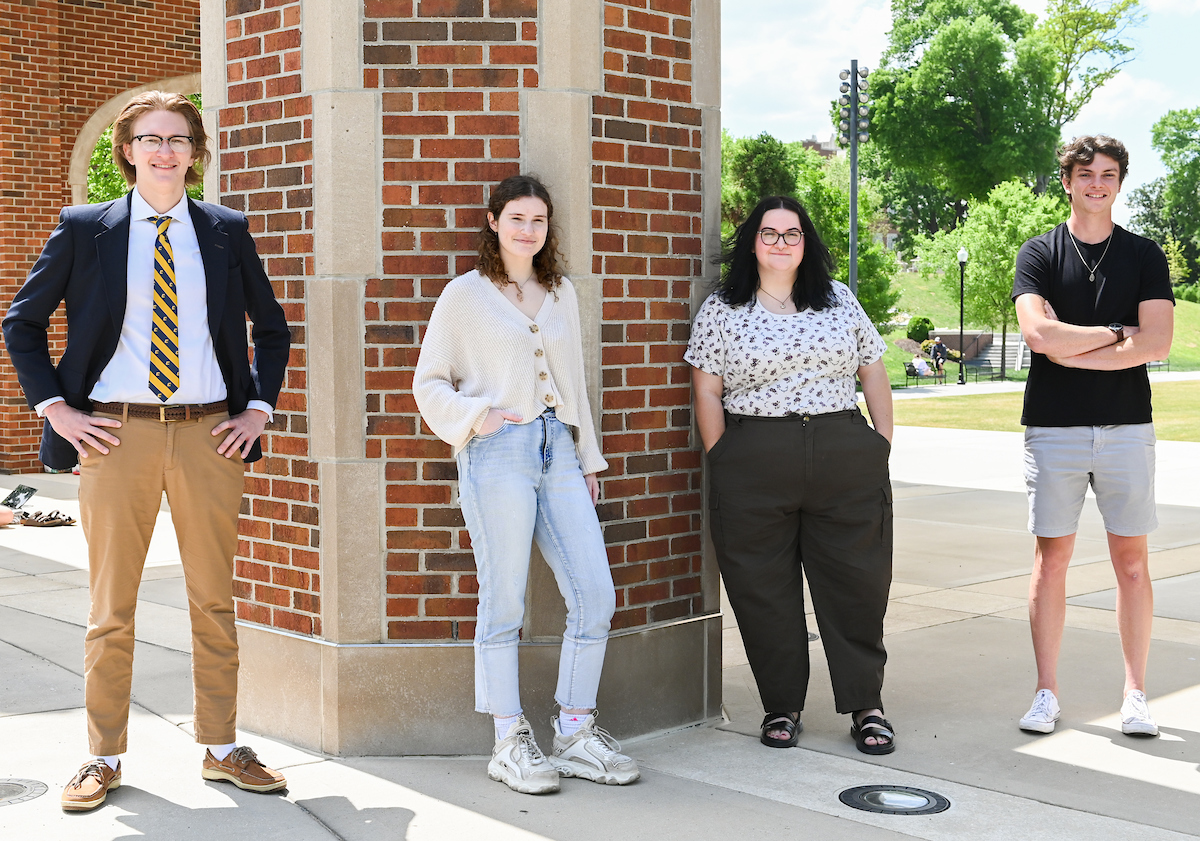 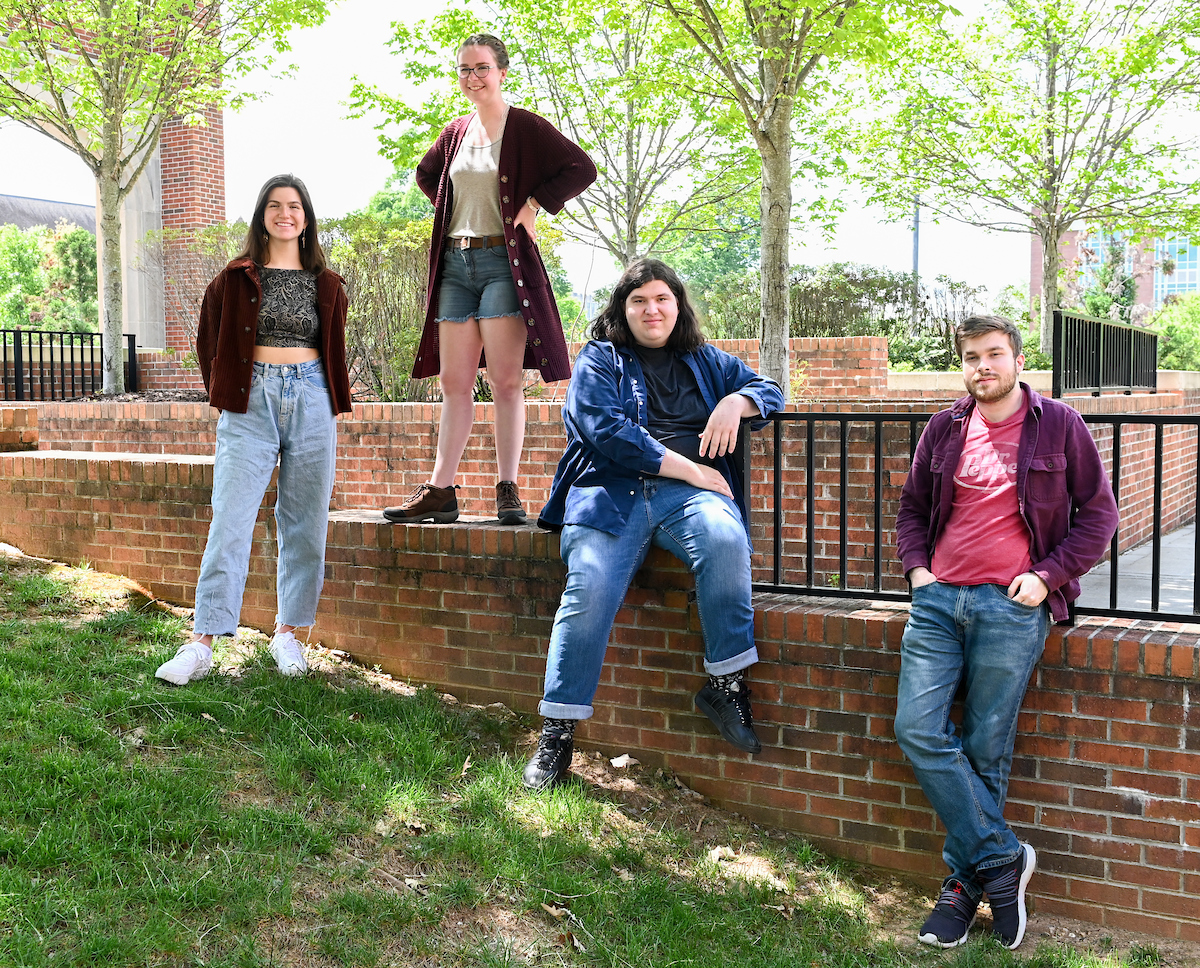 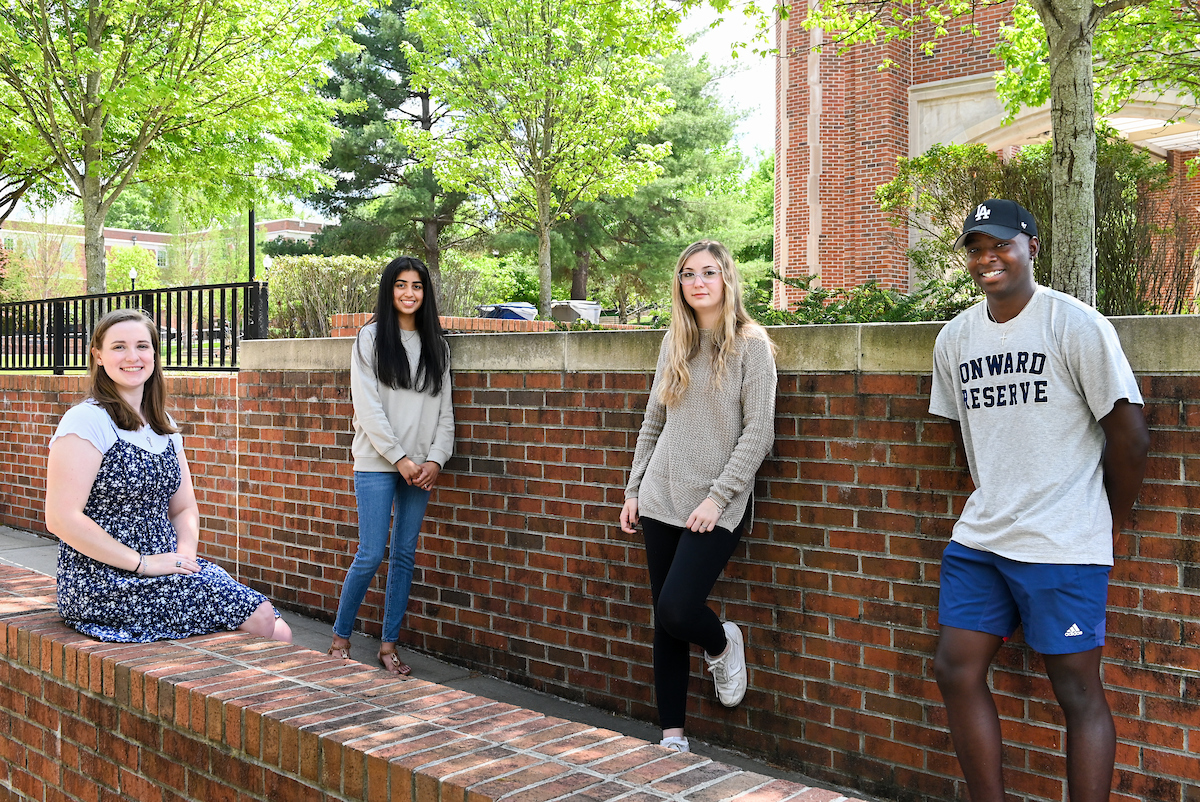 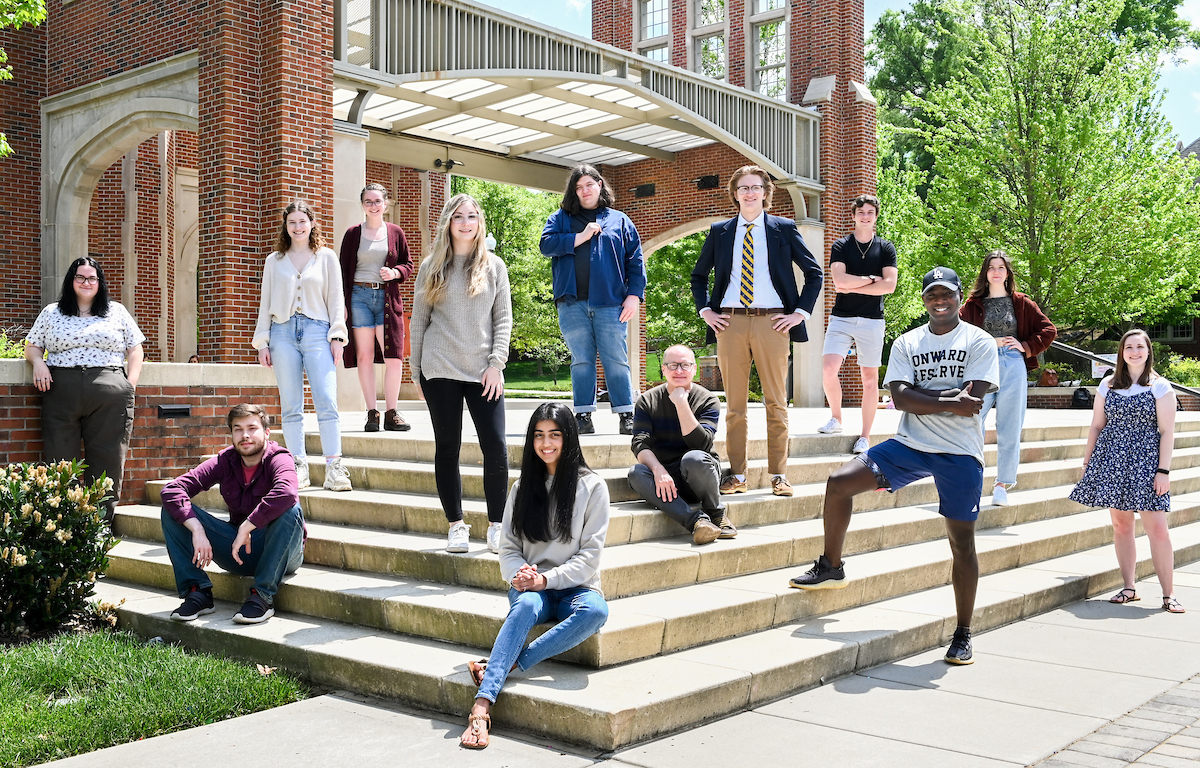