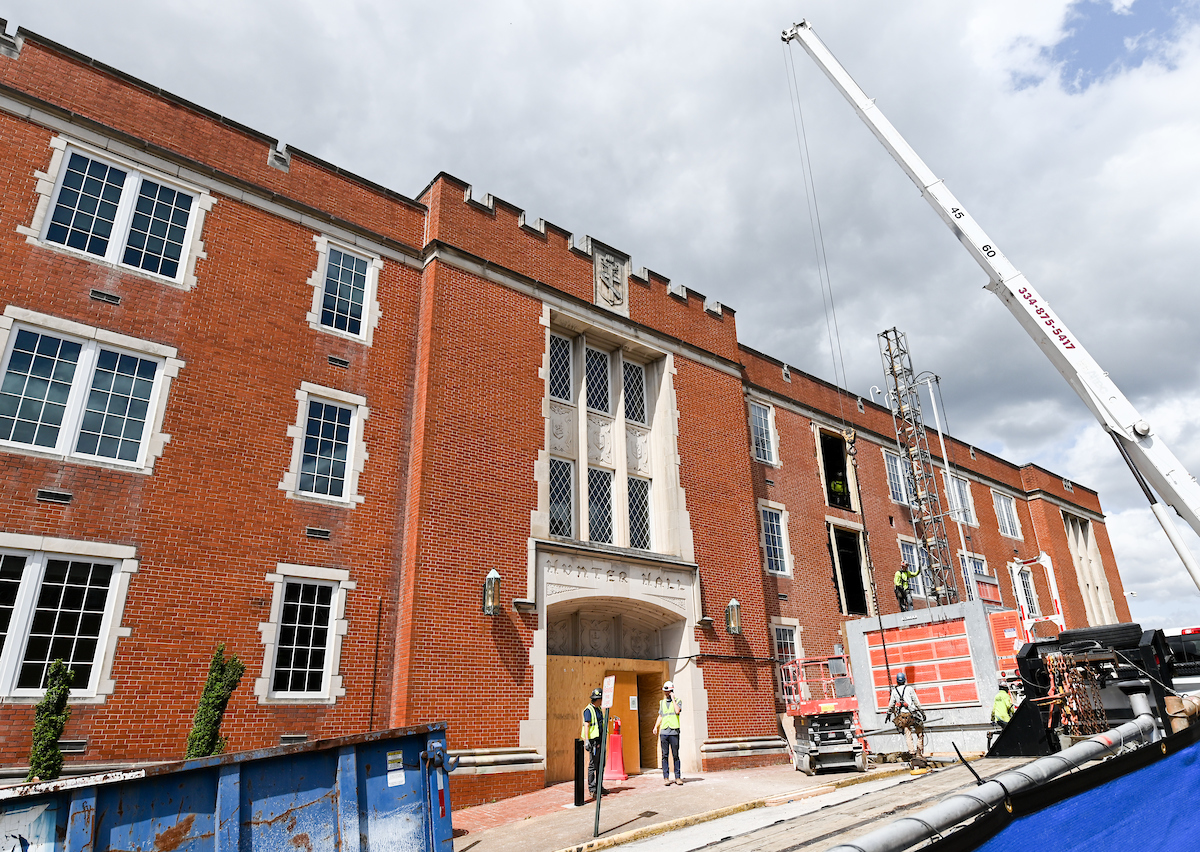 Construction has begun on the renovation of Hunter Hall. 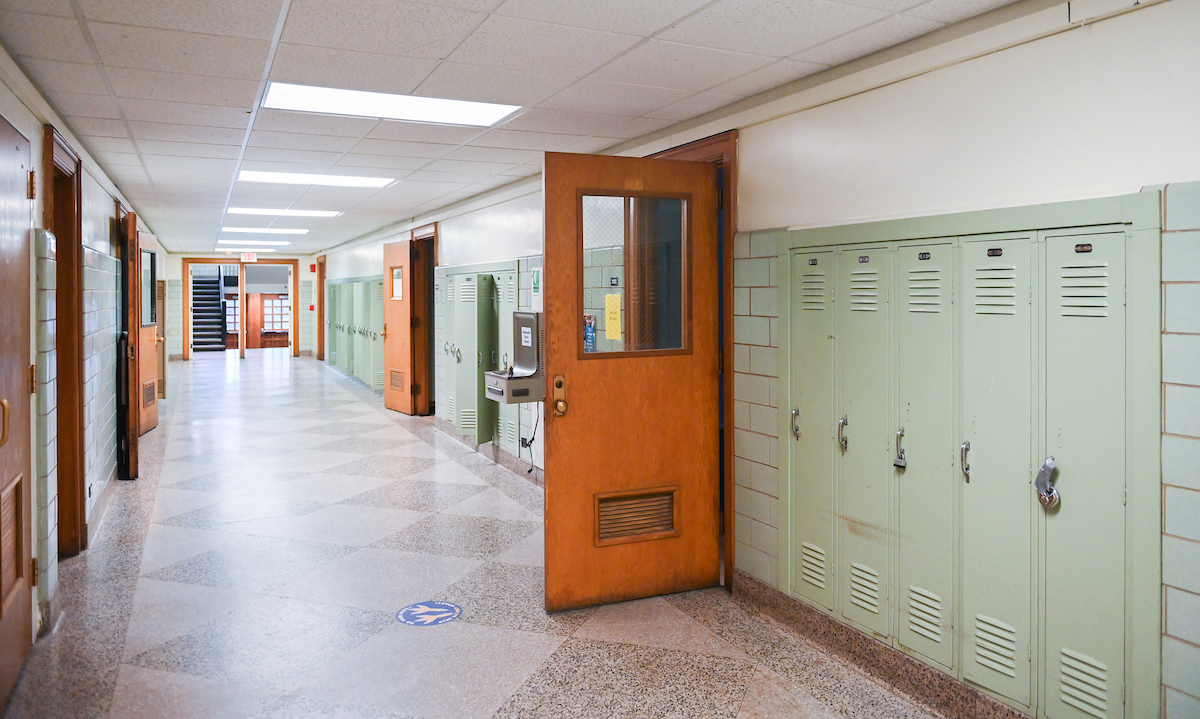 The mysterious lockers in Hunter Hall. No one quite knows why they’re there.

Some major renovations are happening inside Hunter Hall this summer.

Originally built in 1957 and dedicated a year later, the University of Chattanooga’s Hunter Hall was one of a trio of buildings built around that time to meet the anticipated needs of a larger student population. With an increased birth rate in the 1940s after World War II, University officials recognized a need to increase campus facilities to meet the demand of growing enrollment.

The Benwood Foundation supported the academic building construction with a $750,000 donation. George Thomas Hunter, the building’s namesake, was the former president of the Coca-Cola Bottling Co. and a local philanthropist who funded the foundation.

At its time of construction and into the new decade, Hunter Hall was touted for its modern classroom and lab amenities, including air conditioning and improved acoustics but no mention of the locker-lined halls, which is something of a mystery. There is a misconception that the building used to be a high school, but it never was. Why the lockers are there is still an unanswered question.

In 1965, the building became home to the University’s first-ever data processing center. Thirty years later, it contained one of four campus computer labs. The Hunter Lab was the most popular among students with its flexible hours, according to a 1996 edition of The University Echo.

Renovations now are underway to create modern classrooms and a comprehensive student success center to serve the College of Health, Education and Professional Studies, which has many departments housed in Hunter.

Rendering of potential plans for a new classroom in Hunter Hall. 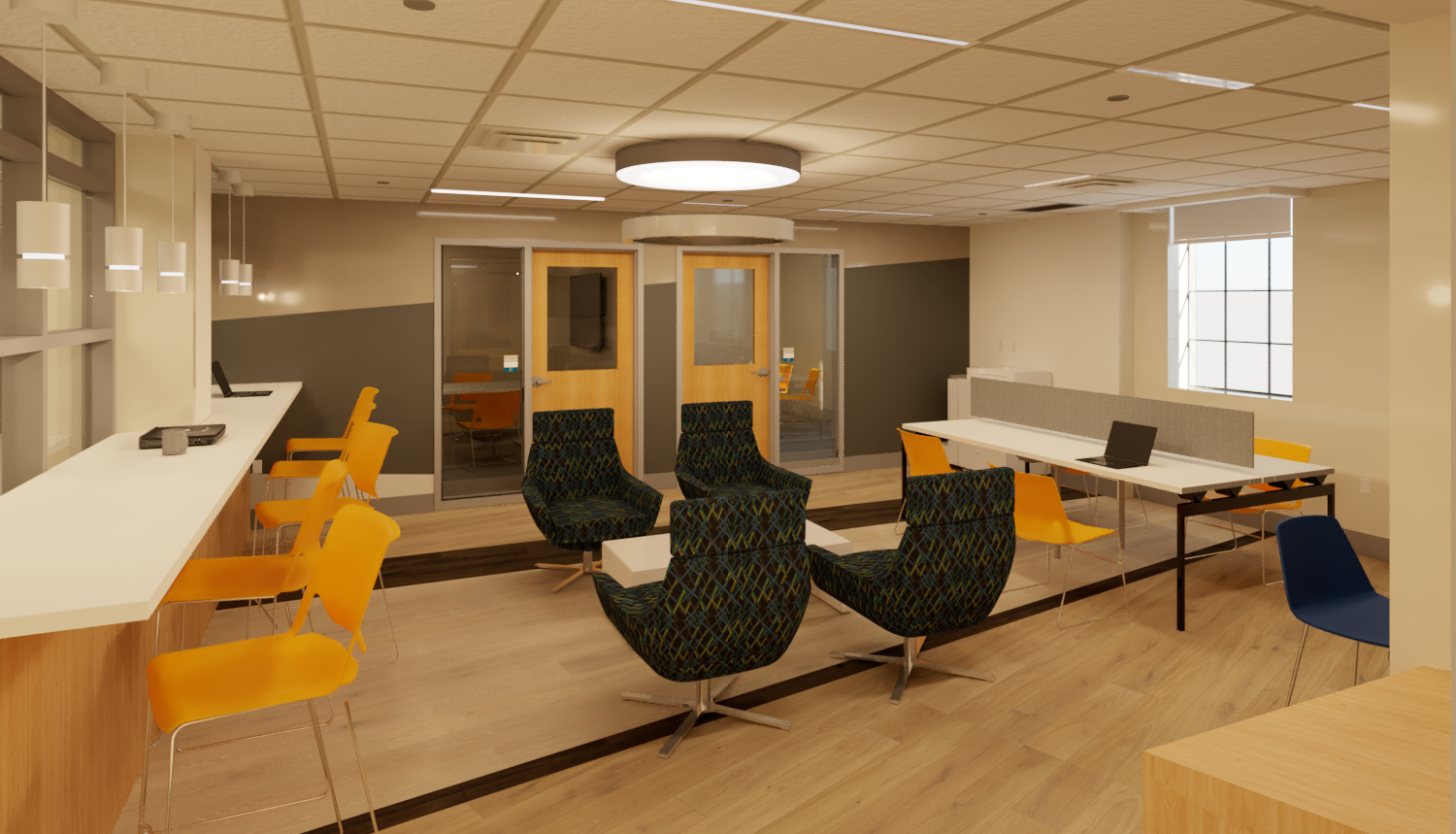 Rendering of potential plans for a new student lounge in Hunter Hall. 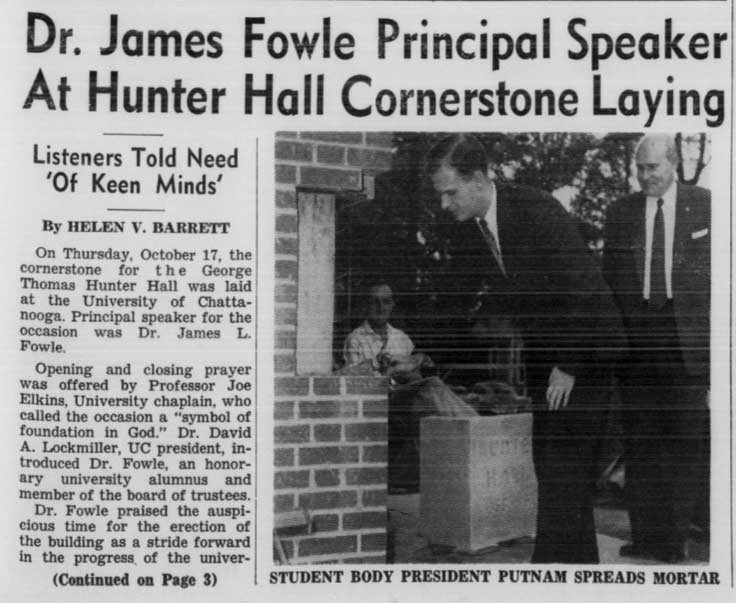 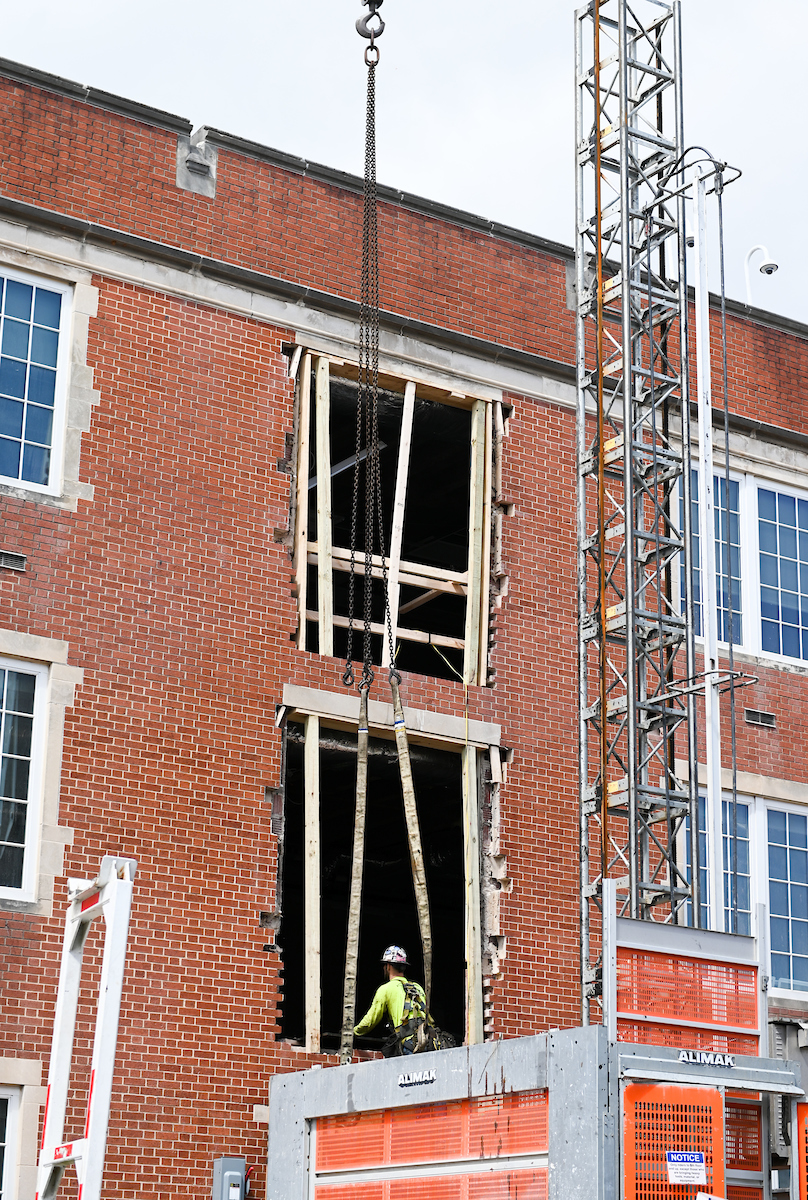 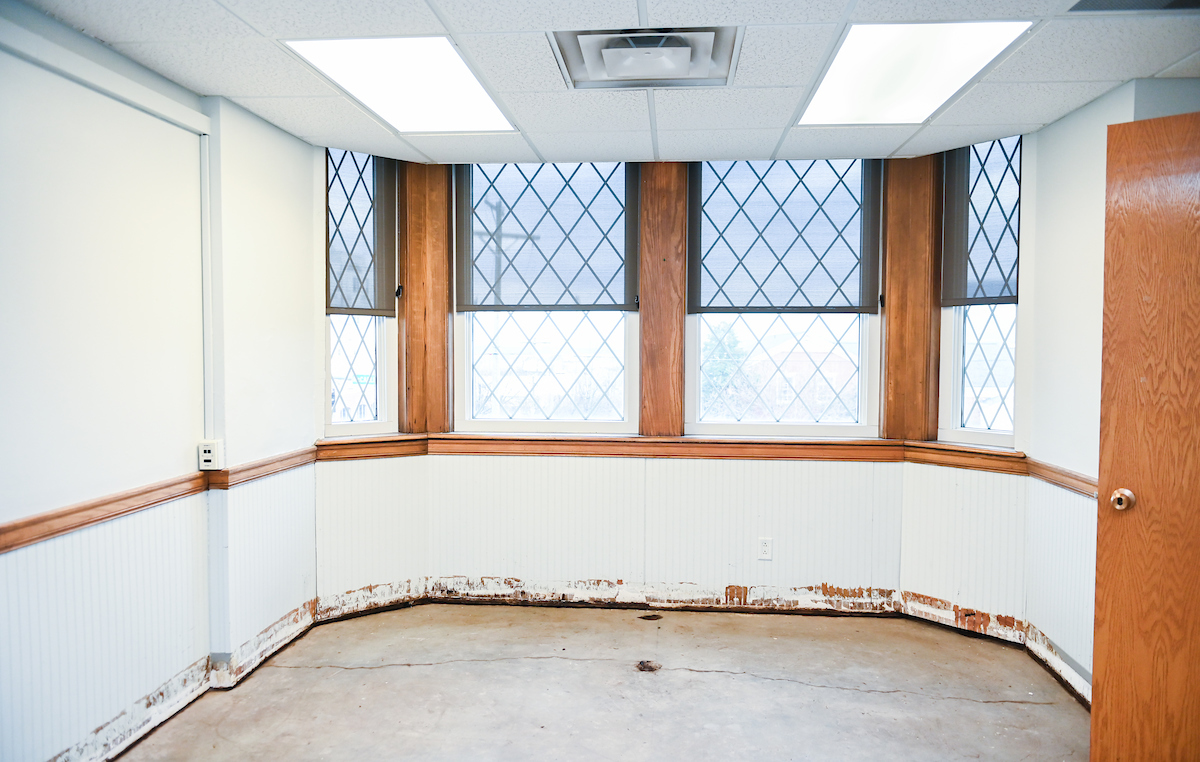 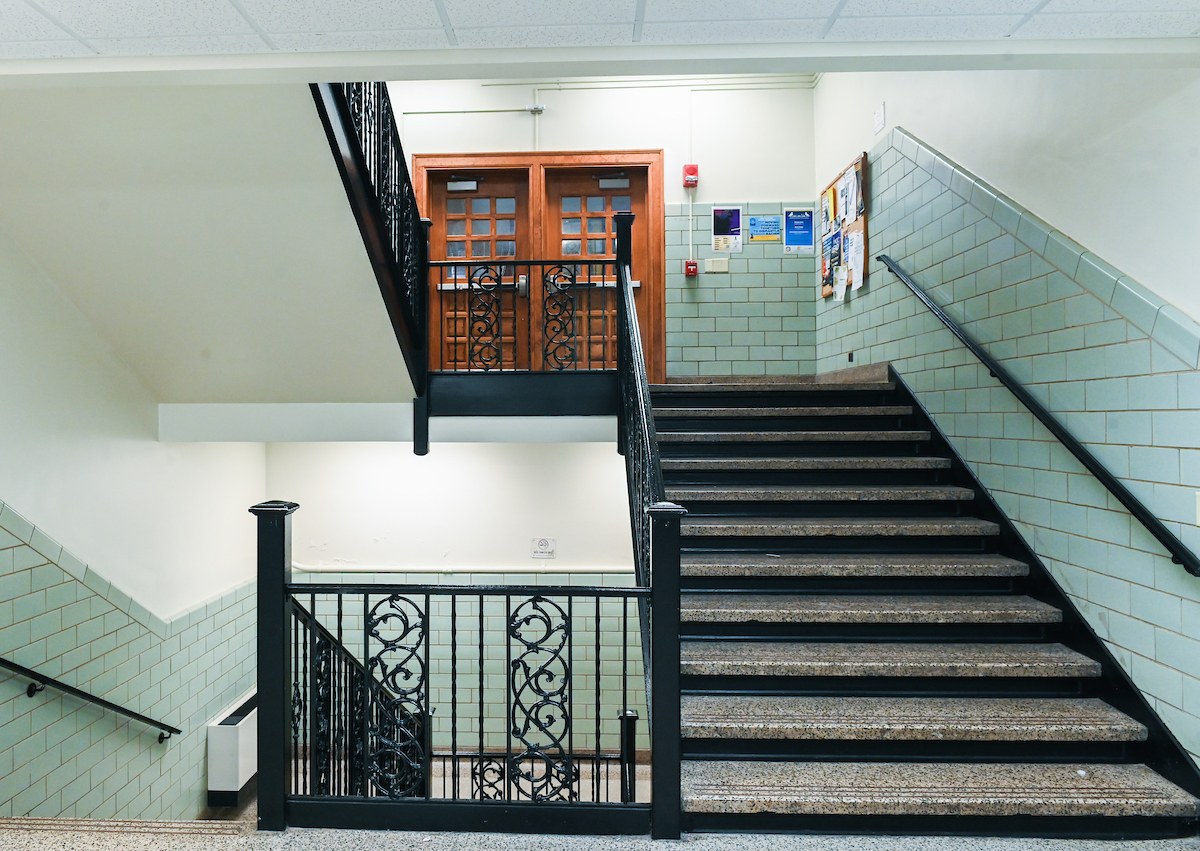