Students Share their Food and Cultures at Gastro Diplomacy Meeting

by Center for Global Education October 30, 2017 — No Comments

Despite the differences between cultures, food serves as a unifier to bring others together. From an American perspective, food from different countries and cultures are labeled heavily by grouping entire cultures into a “food category”: Mexican, Chinese, Indian, etc. But, merely stating the country does not represent the true cultural value of the food or the significance of a dish to those countries. Taco Bell is not true Mexican food and Panda Express is not true Chinese food. 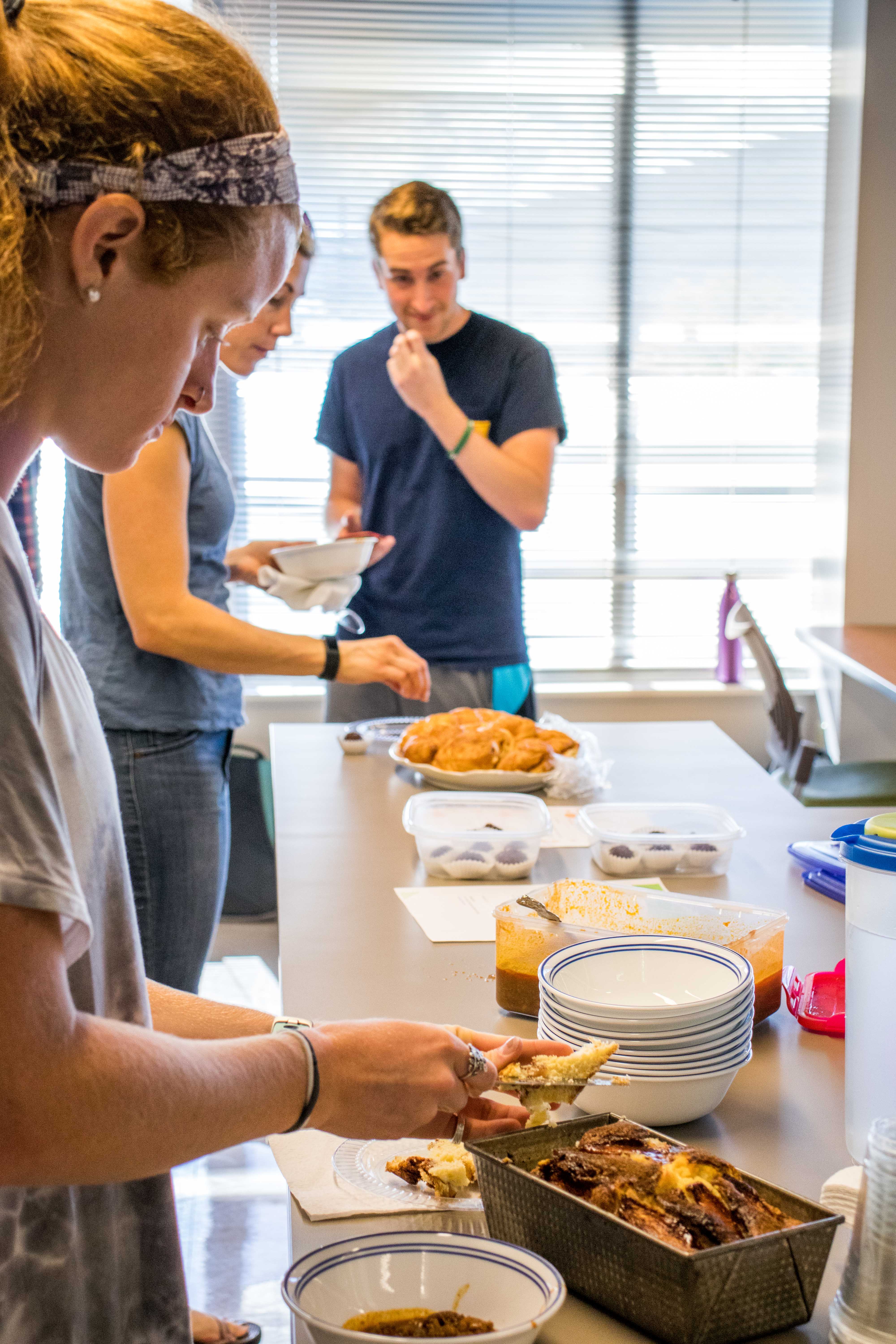 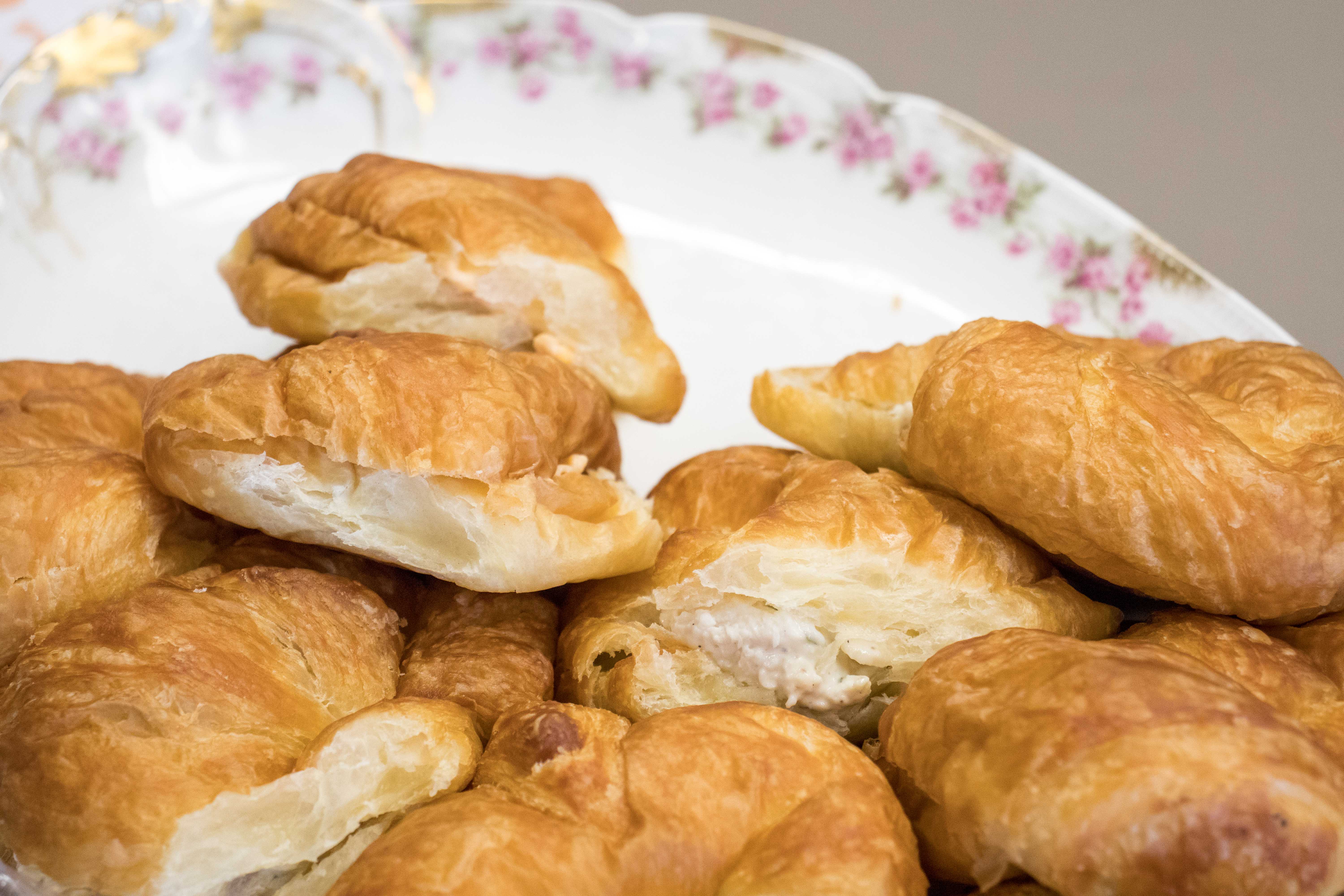 Common Alabama finger food, Croissants, are shared with the group 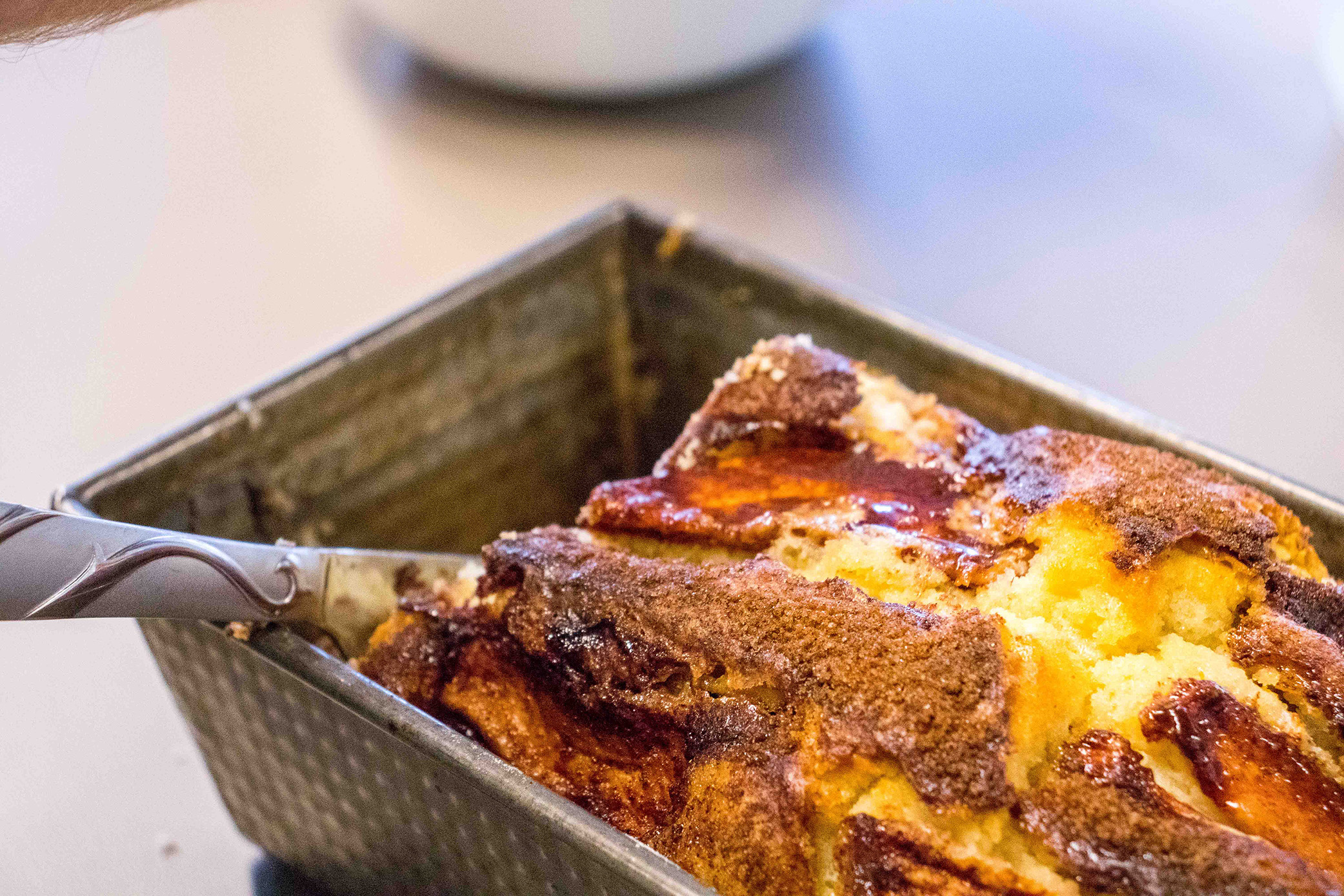 Members dig into to home made apple pie bread! 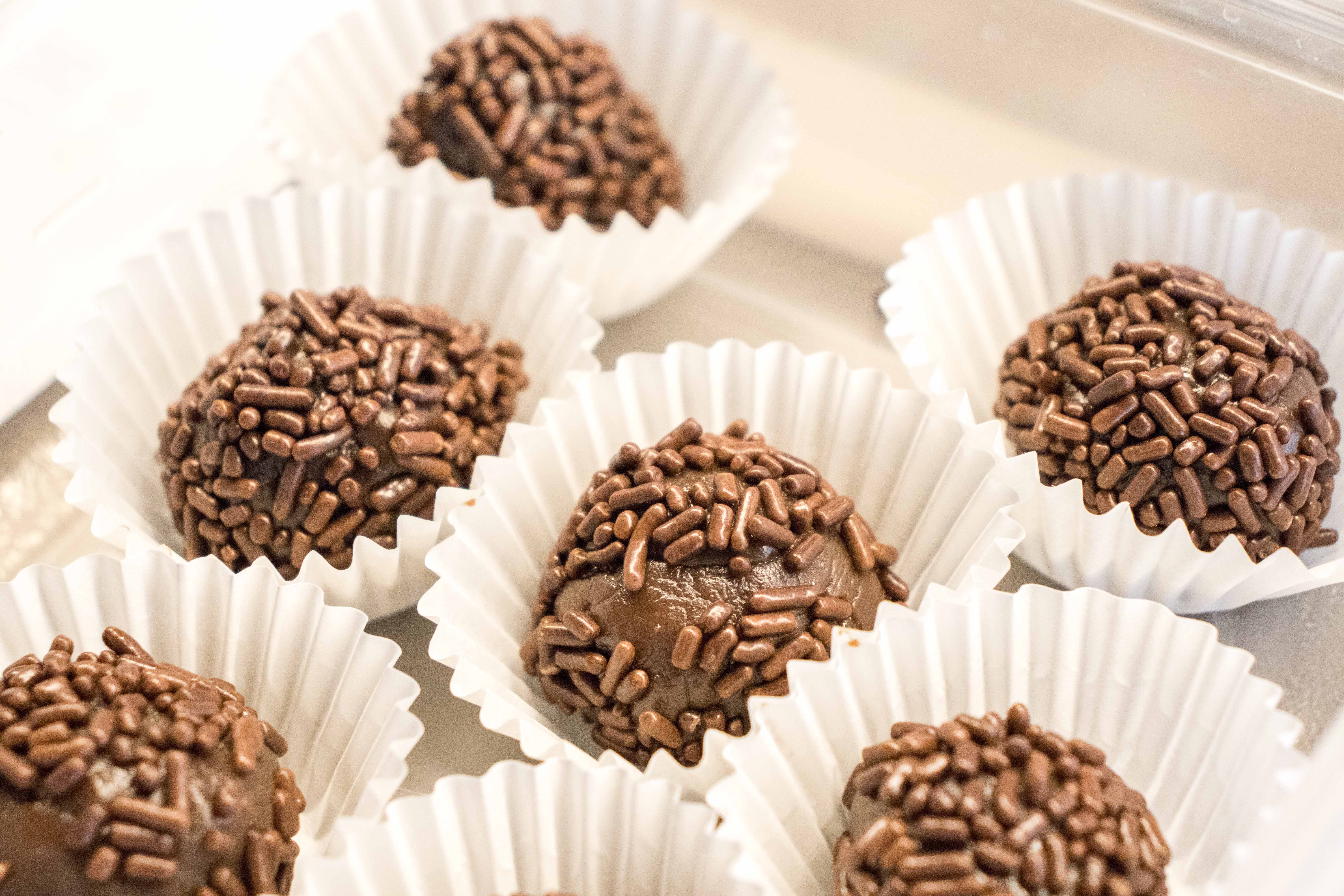 The first UTC Gastro Diplomacy meeting of the semester held on October 23, 2017, began by introducing the food each member made, including: chili, apple pie bread, chicken salad and pimento cheese croissants, brigadeiros, and flan. Each dish held to itself a personal connection with the maker. For example, the croissants are a reminder of common Alabama finger food. A central theme about food culture is tradition and the family recipes passed down to generations. Brigadeiros are a Brazilian traditional food brought in by Eunice Davis, a native Brazilian. These tasty treats are chocolate truffles covered in sprinkles from São Paulo and are seen mostly at birthday celebrations decorating the table. The sprinkles covering the truffles were chocolate, but rainbow sprinkles can be used for kids. Mrs. Davis then describes the differences between the meals in Brazil compared to America. Breakfast consists of bread and some sweets, lunch is the main meal of the day with meat and maybe dessert, and dinner is a lighter meal with usually a sandwich. The main difference for American meals is that dinner is usually the main hearty meal whereas breakfast and lunch are lighter. 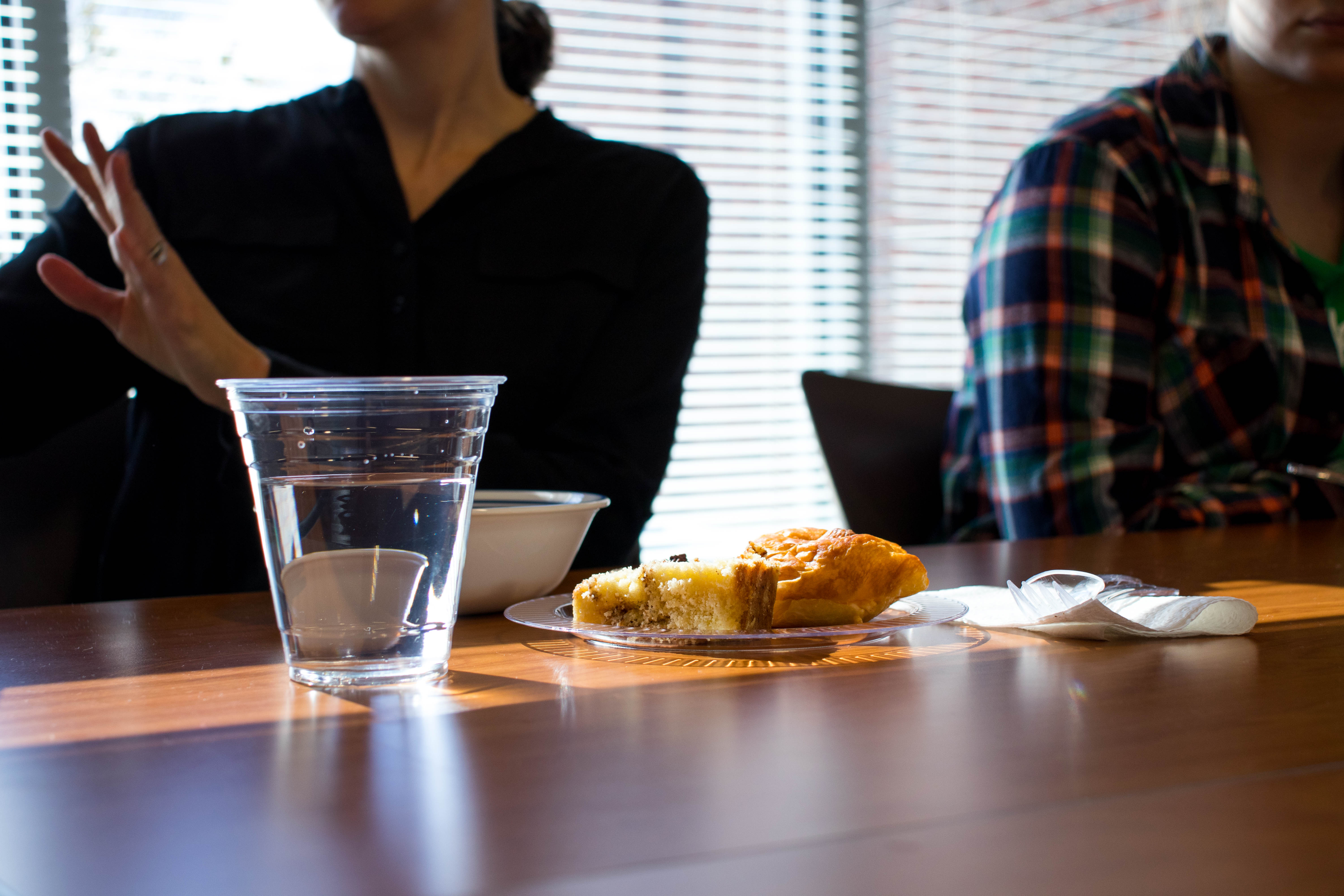 Food for thought! The group sits down to enjoy their food and interact with one another 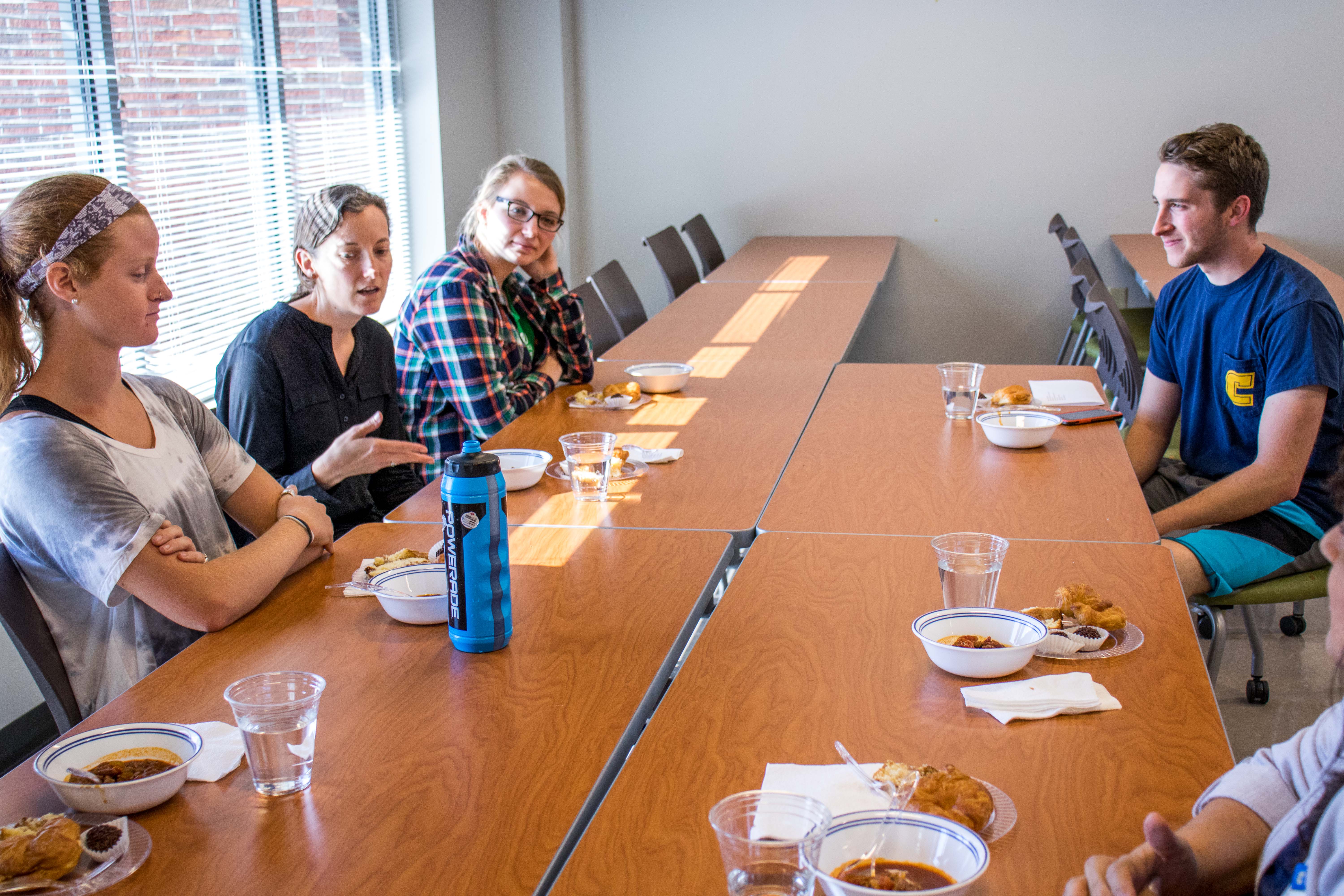 Stories are shared about each dish and its cultural and personal significance. 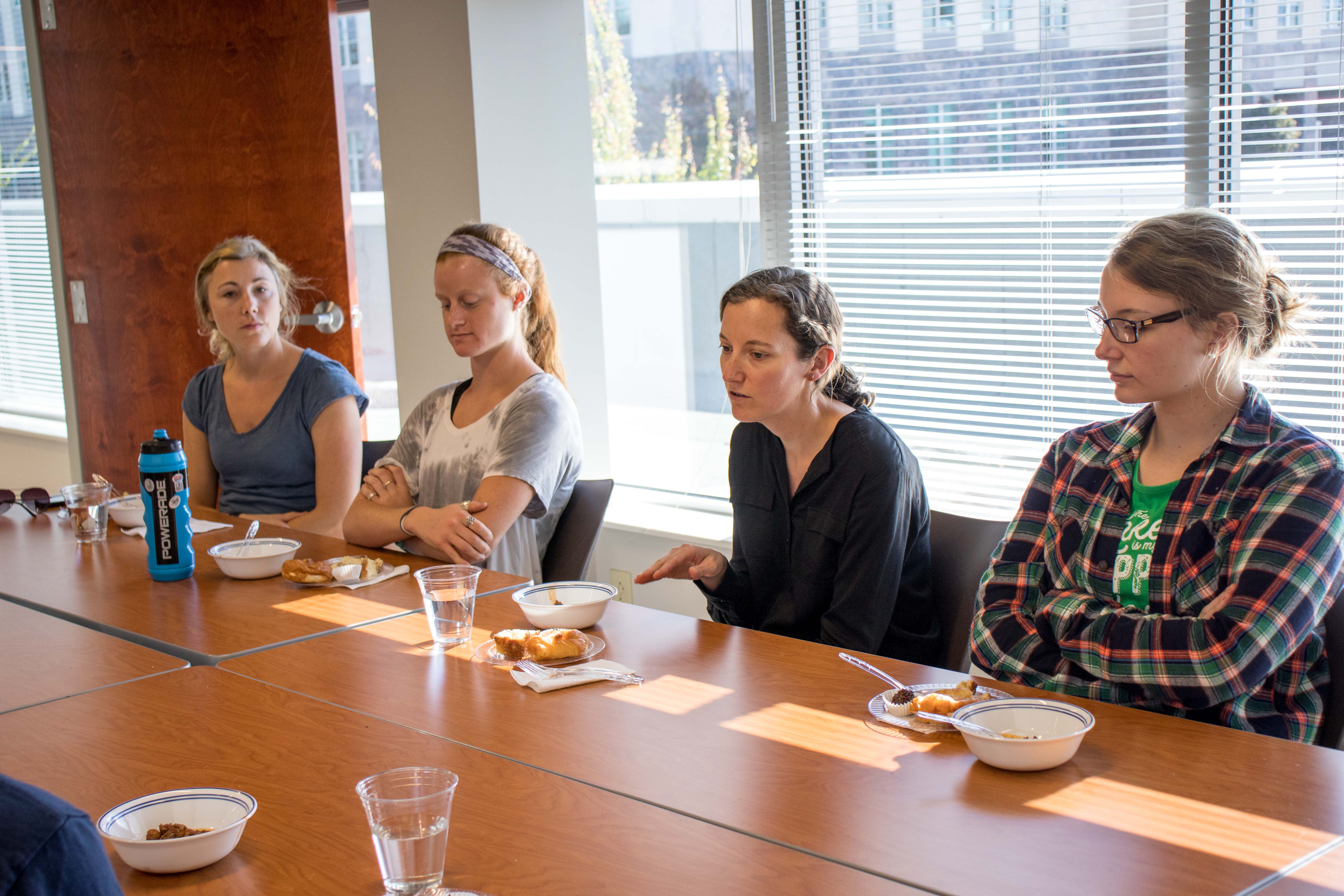 Gloria, another member, is from Mexico and part of the UTC organization HOLA (Hispanic Outreach Leadership Association). She brought flan as her cultural dish. Flan is a custard or pastry that was brought by Spain to Mexico made from eggs, cream cheese, condensed milk, and evaporated milk. It is generally made for special occasions because of the time-consuming process and enjoyed for dessert or a snack. Typical food culture for Mexico is the focus on spicy food. A typical breakfast meal includes eggs with salsa and tortilla, lunch includes soup, meat and dessert, and dinner is lighter with coffee, cinnamon tea, and cookies or bread.

Food culture represents a shared history and a calling back to cultural roots; the essential component of how people define themselves. Through the sharing of food, one can understand different cultures from a personal level and make meaningful relationships. Keep an eye out for the next Gastro Diplomacy meeting to learn more about food culture from around the world!