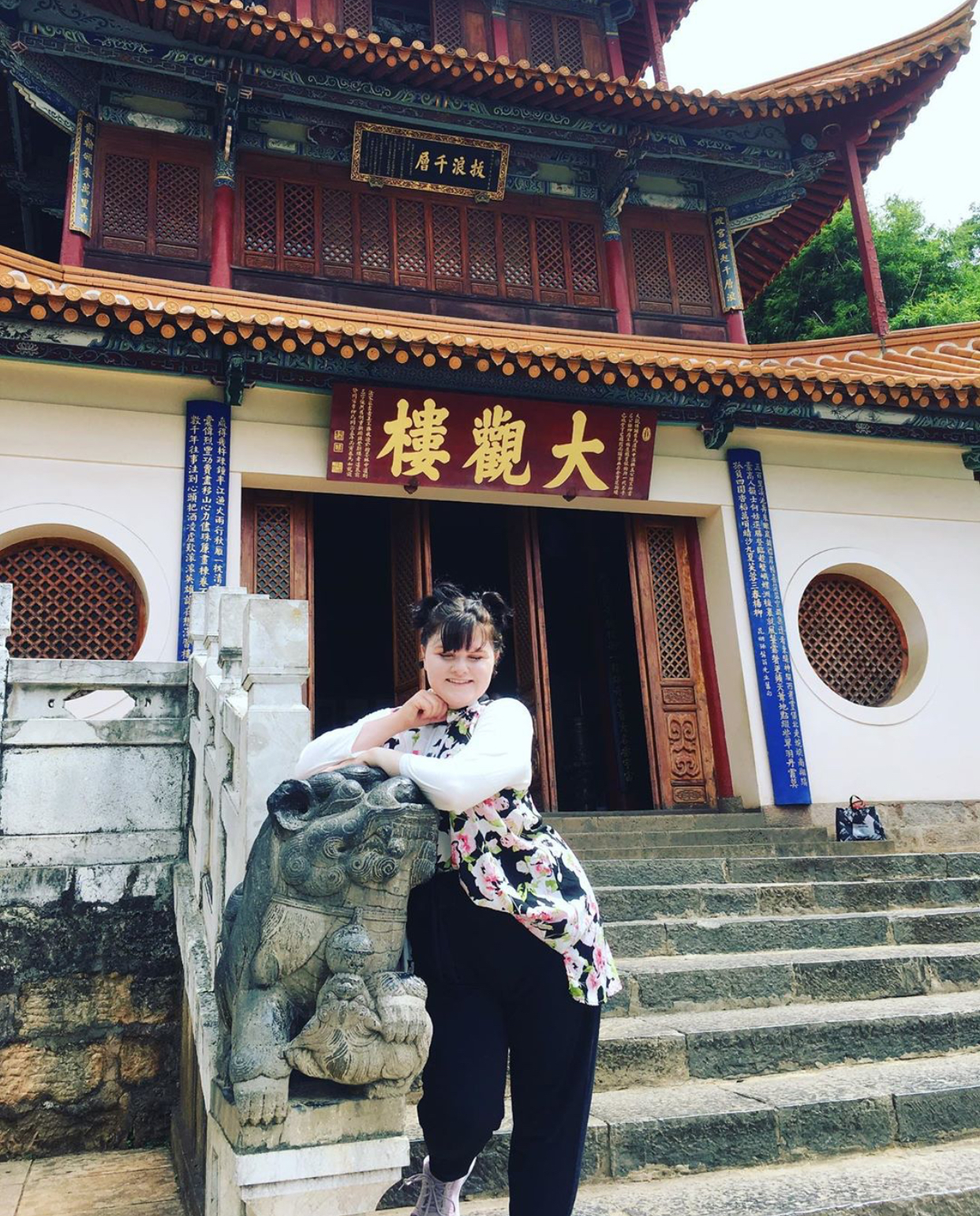 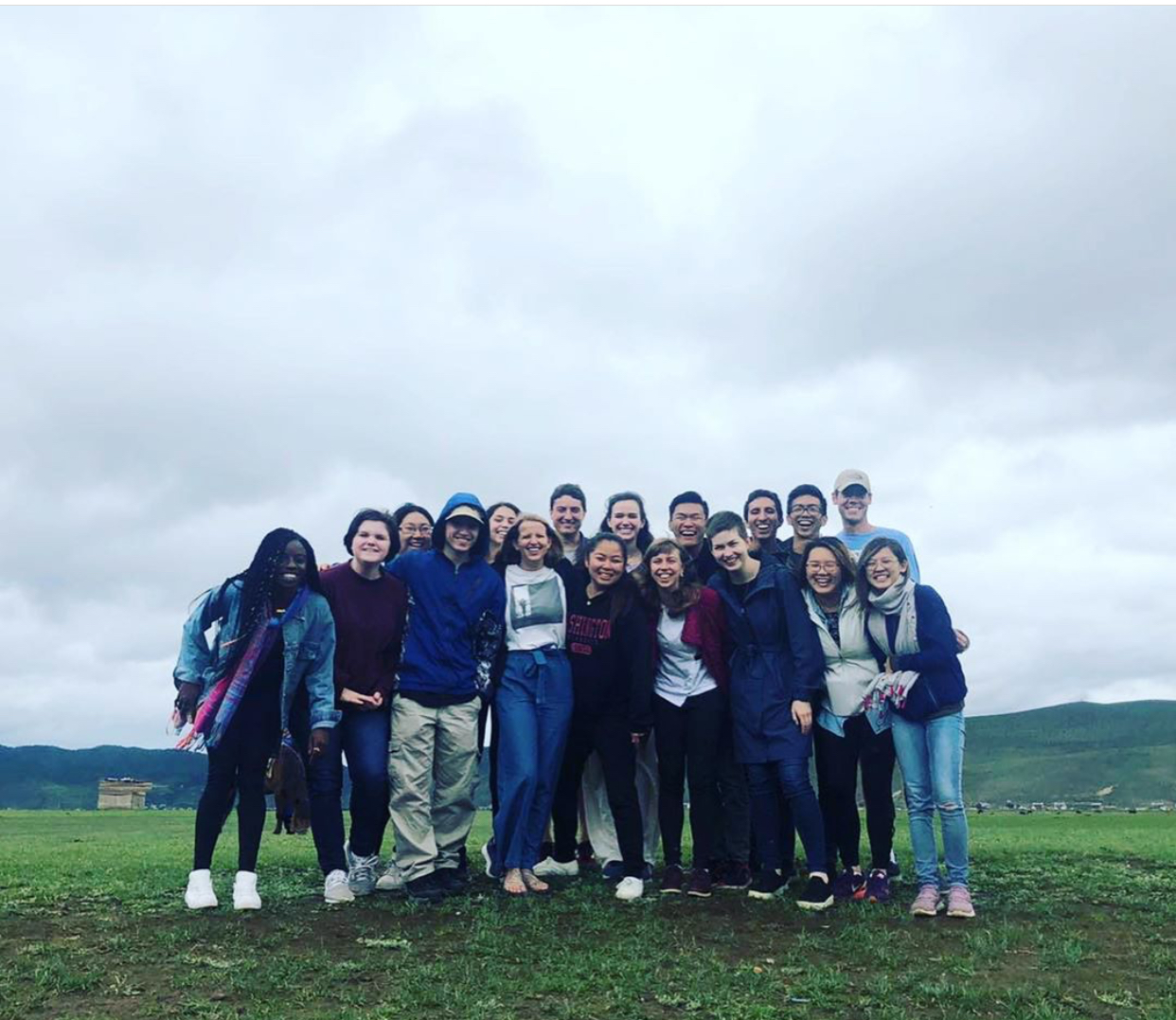 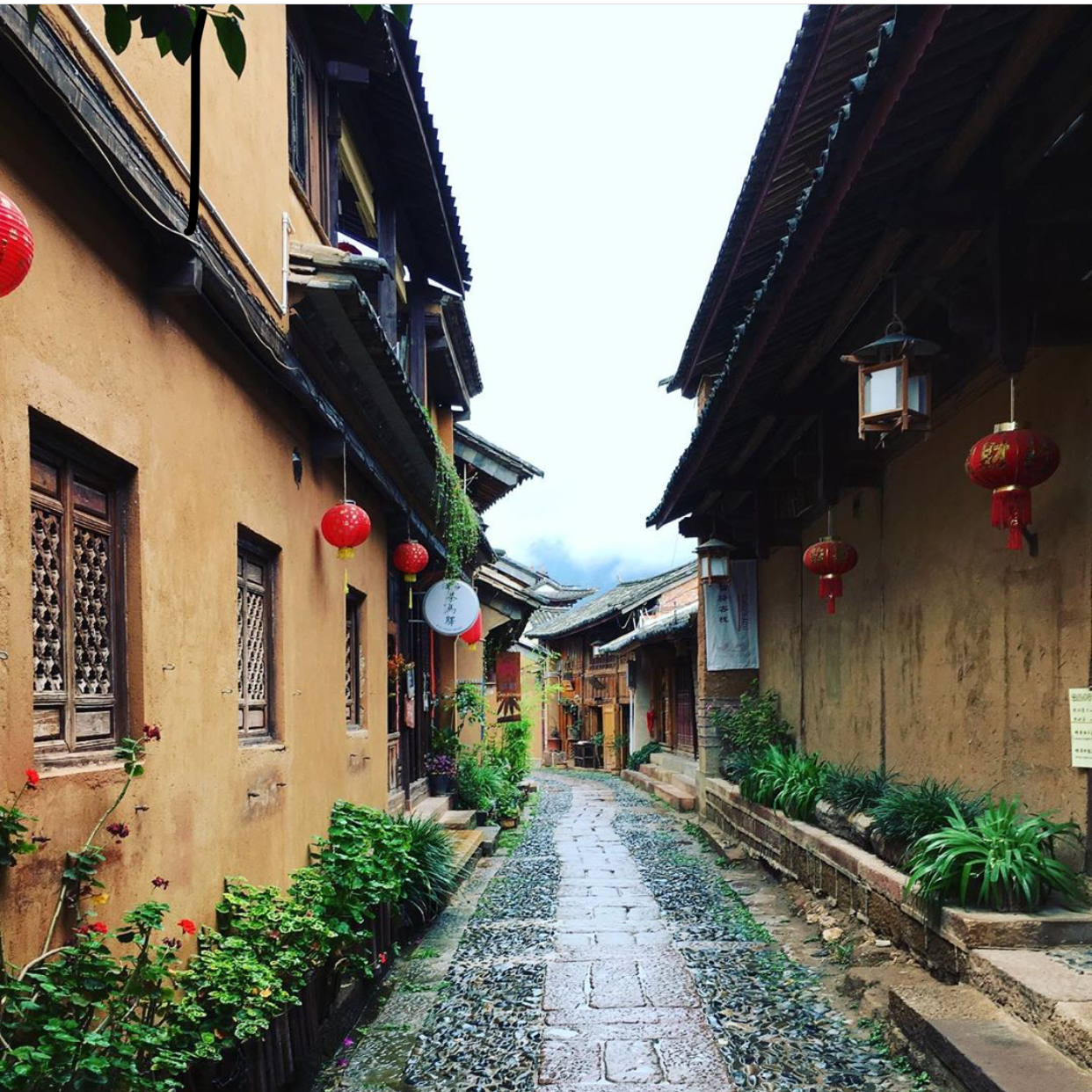 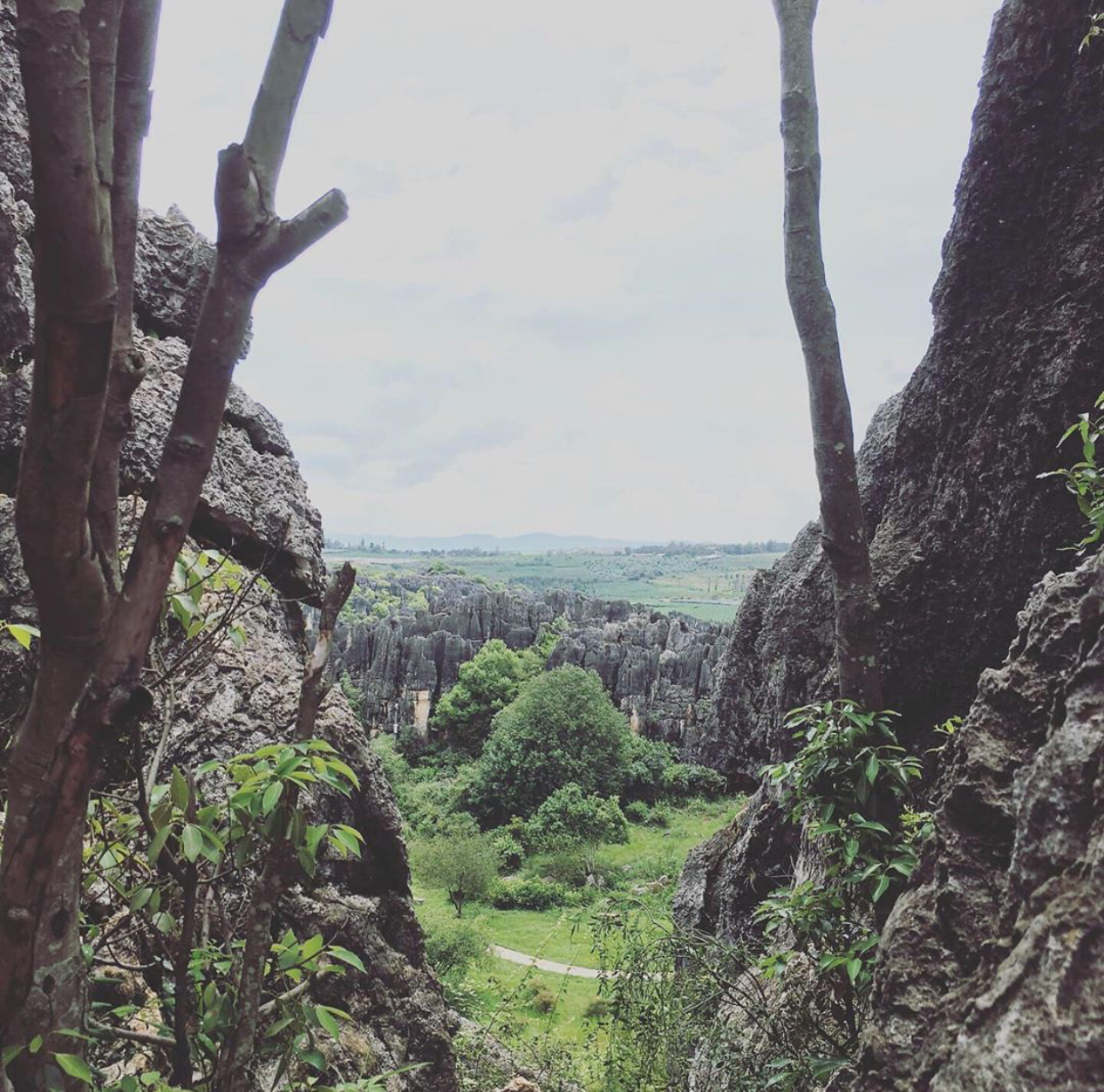 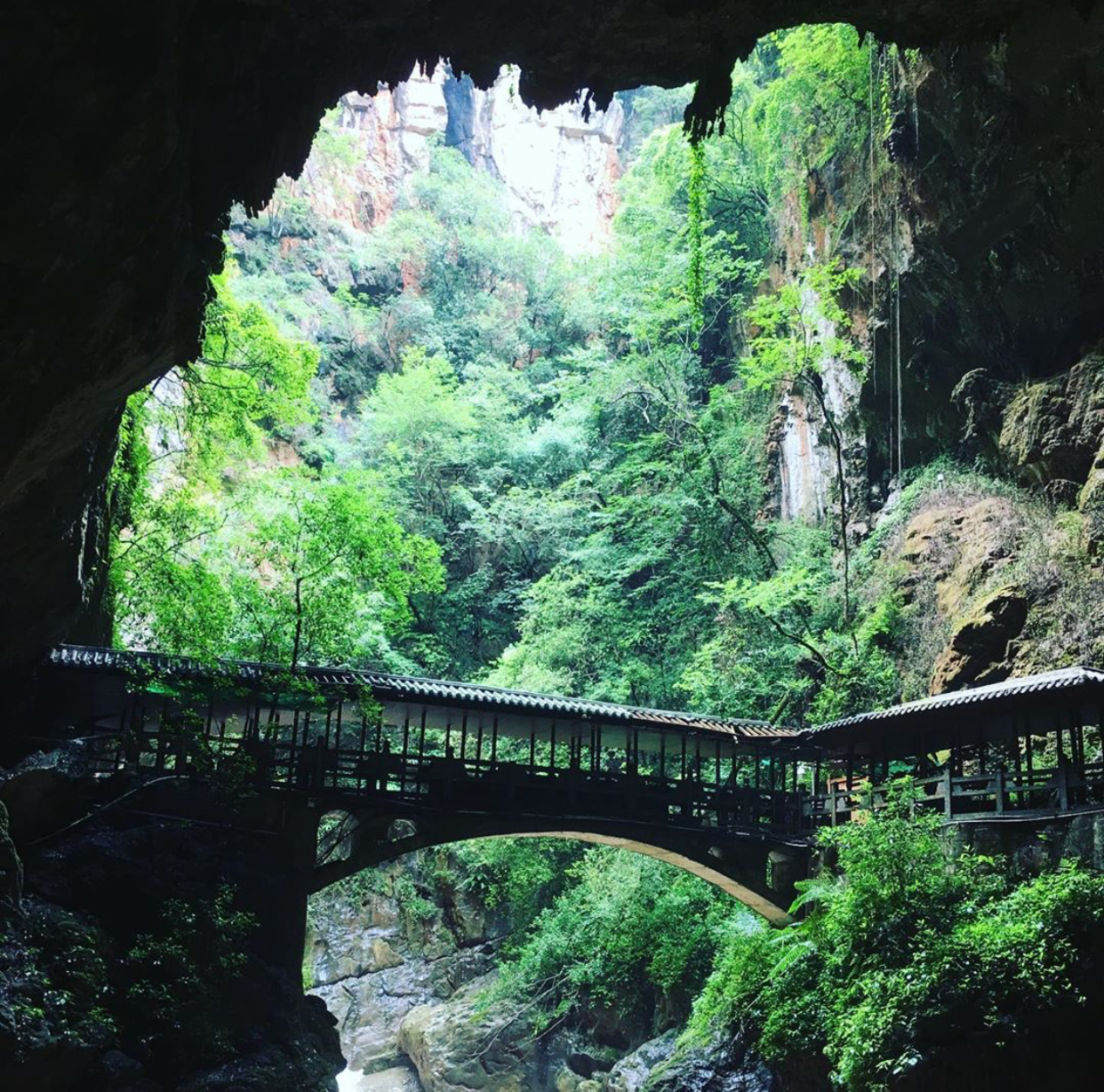 After I studied at the University of Ulsan in South Korea for four weeks, I decided to continue my story with a six-week program in China. For Summer 2019, SIT offered a program called Traditional Chinese Medicine and Community Health. As a Humanities: International Studies major with a focus on history and culture, I was excited to dive into the culture of Traditional Chinese Medicine (TCM). This program also offered two credits of Chinese language. I was very nervous about this program and felt like I was not sure what to expect.

To begin, I had to prepare myself for a fifteen hour wait until staff arrived at the airport to pick students up (I knew I would be waiting, so this was not a big deal.). As always, I was lost in the airport and was not sure where to go. I mention this because airport staff was able to get me to a nice place to rest even though I had to use google translate. One of my biggest suggestions is to download the google translate app to your phone and to download the language(s) for the country(s) you will be visiting. Without this pre-downloaded to my phone I would have never been able to communicate to the staff because my internet would not work on my phone. 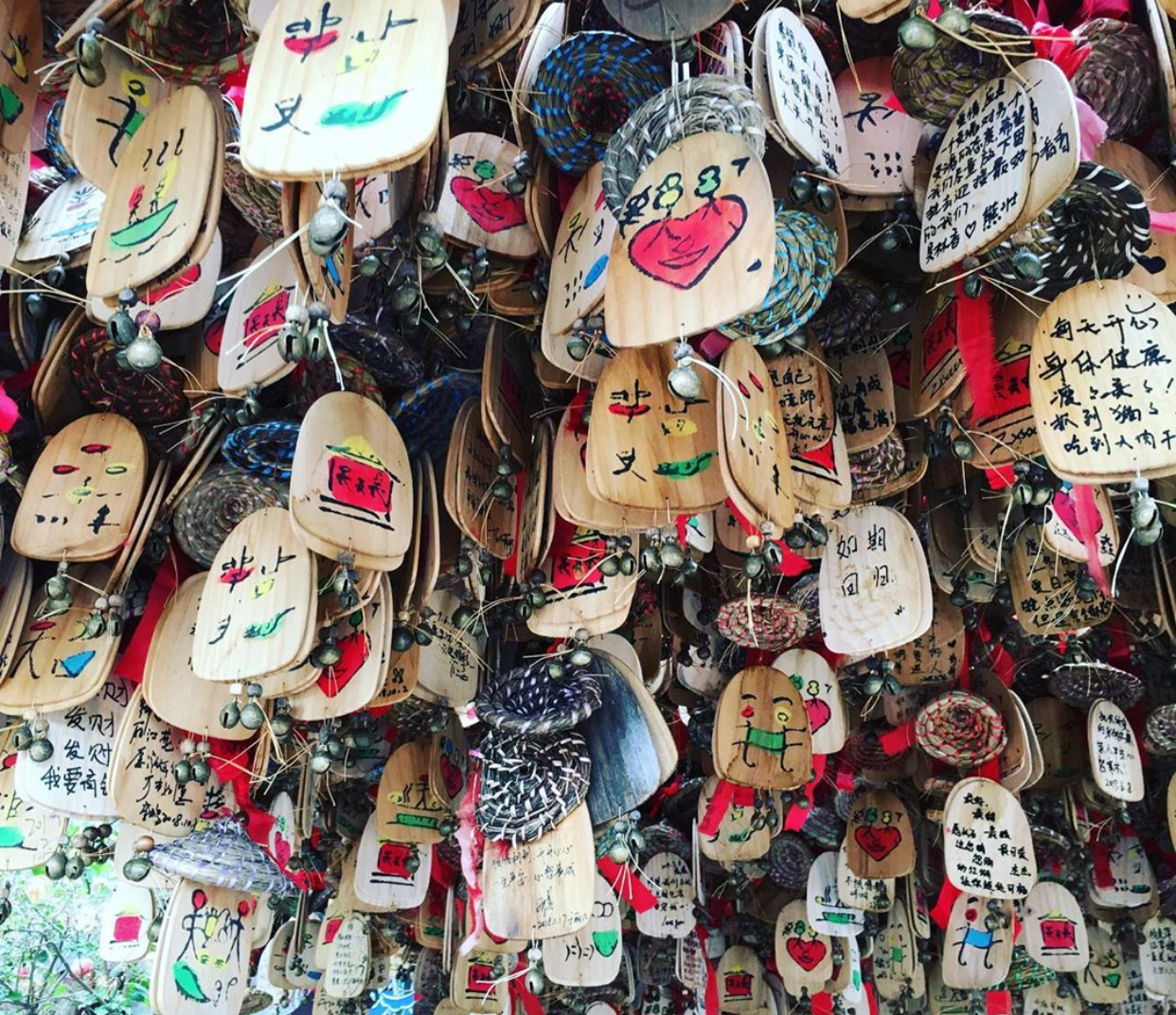 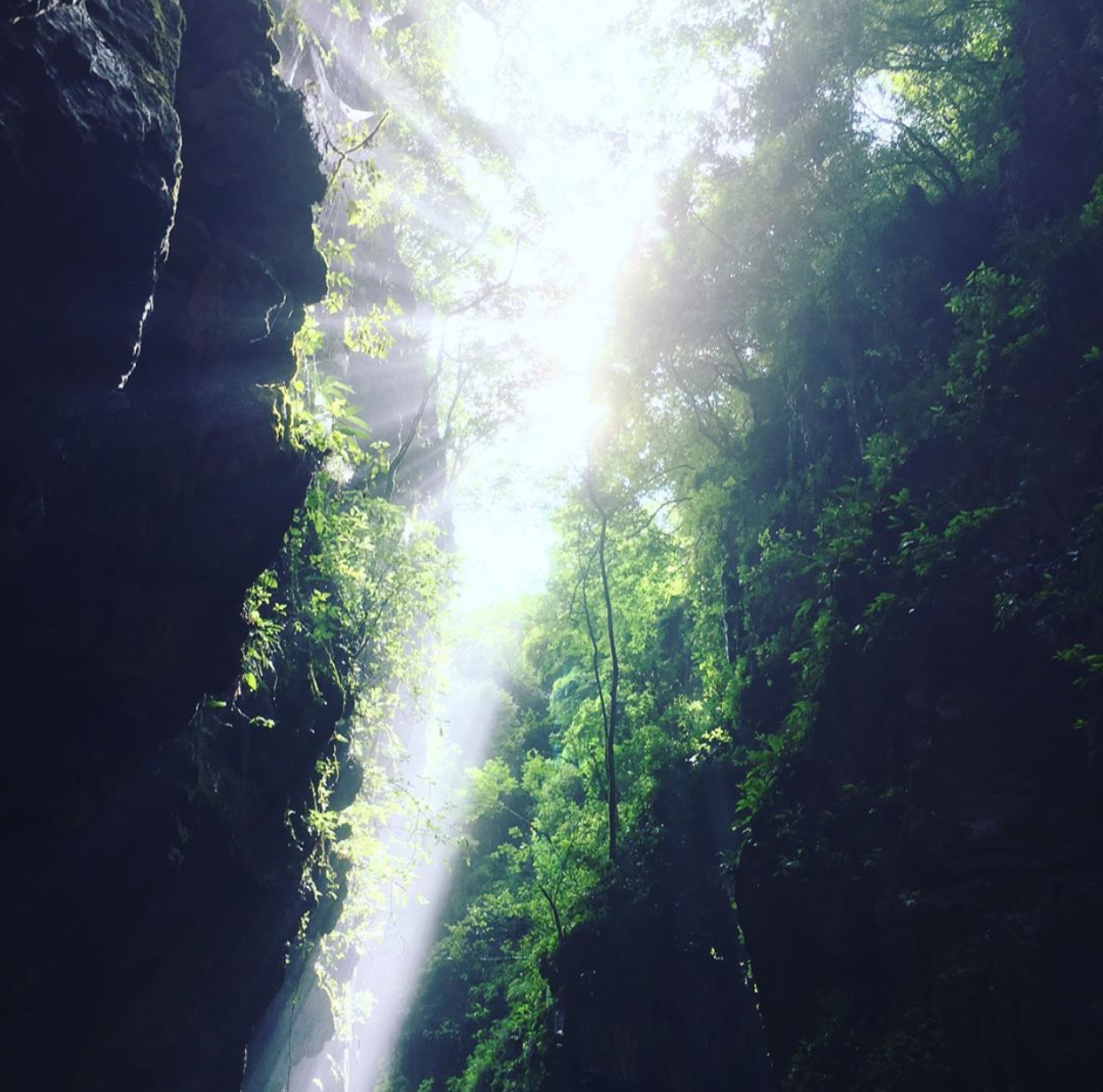 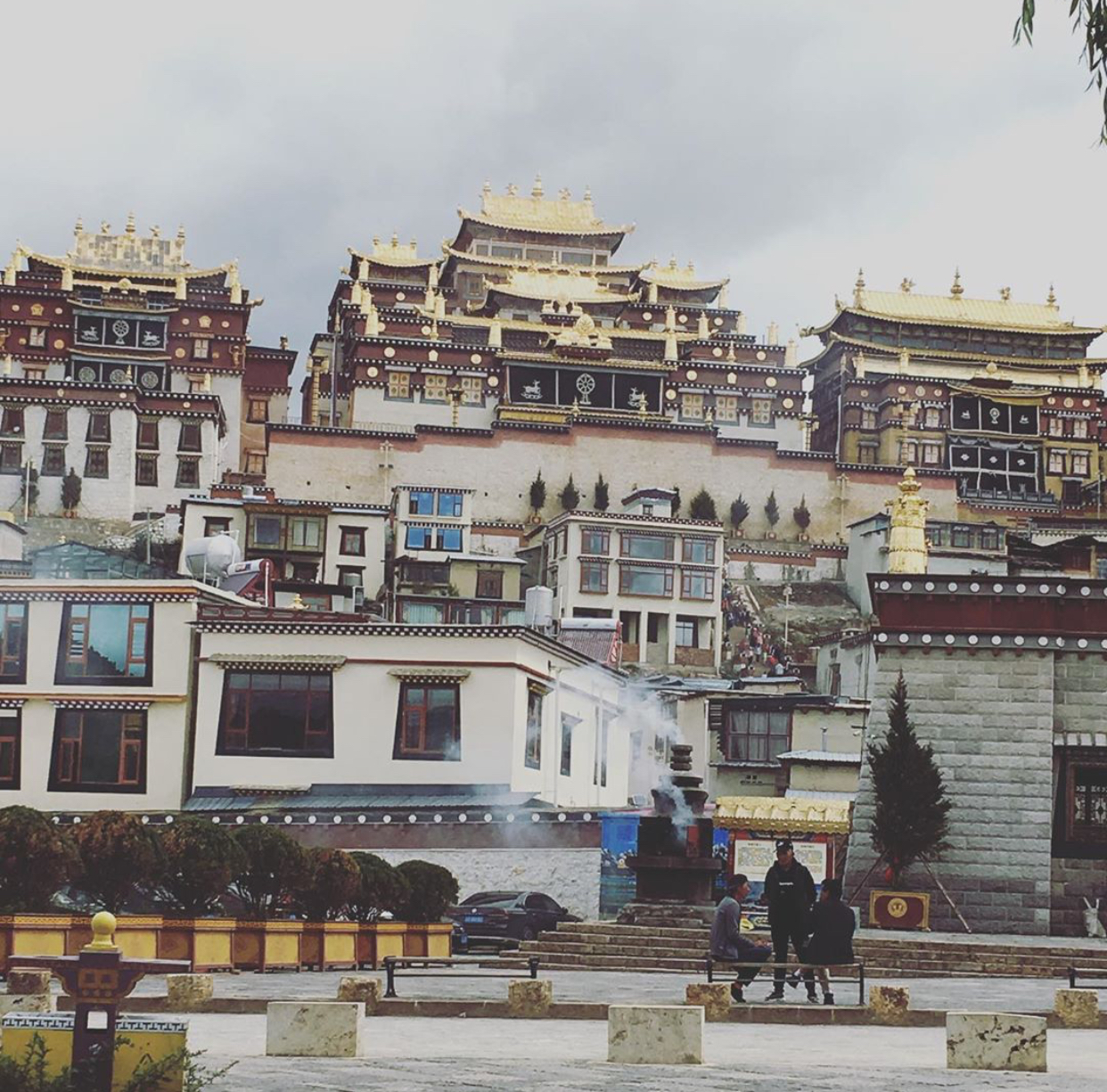 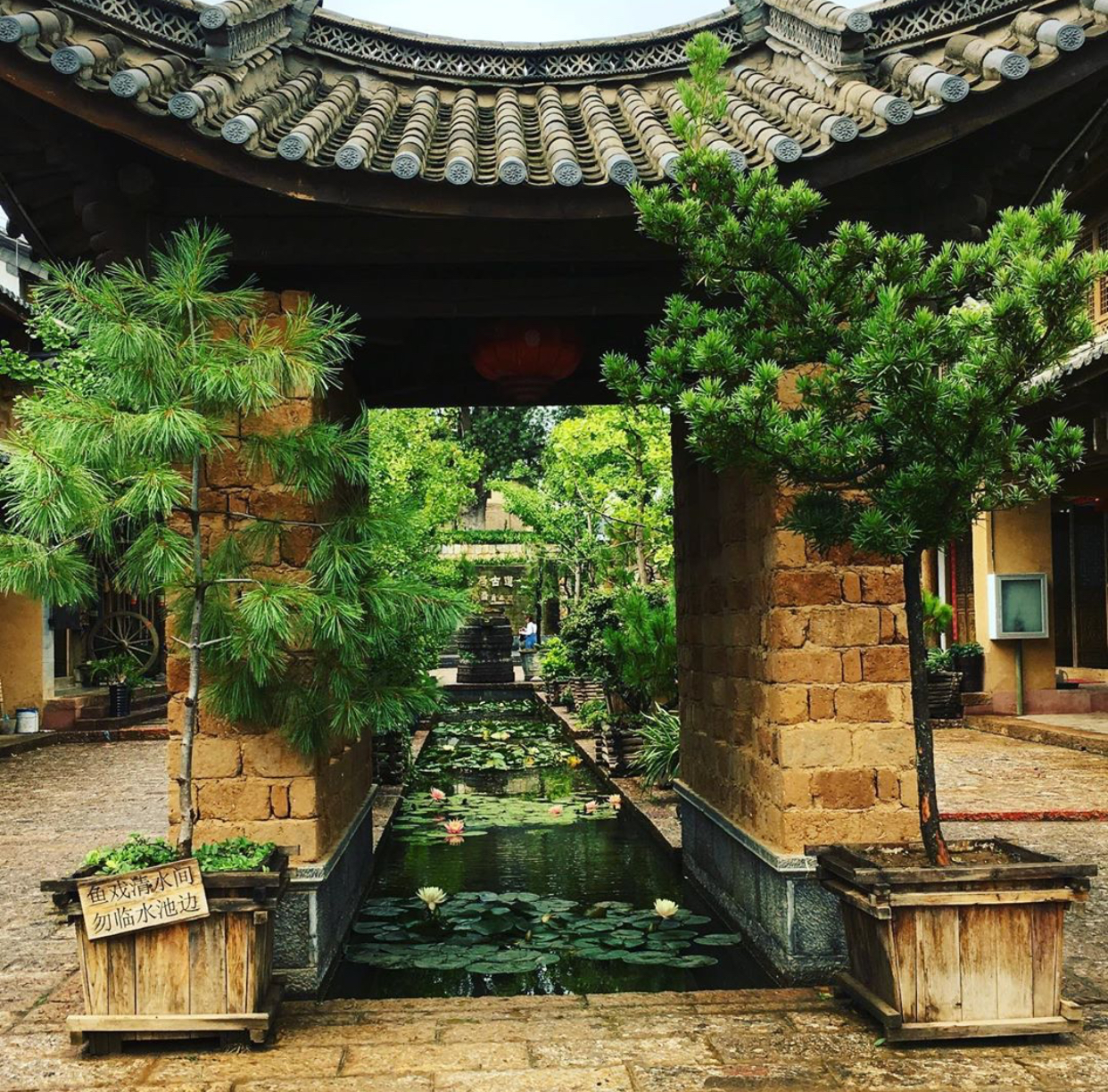 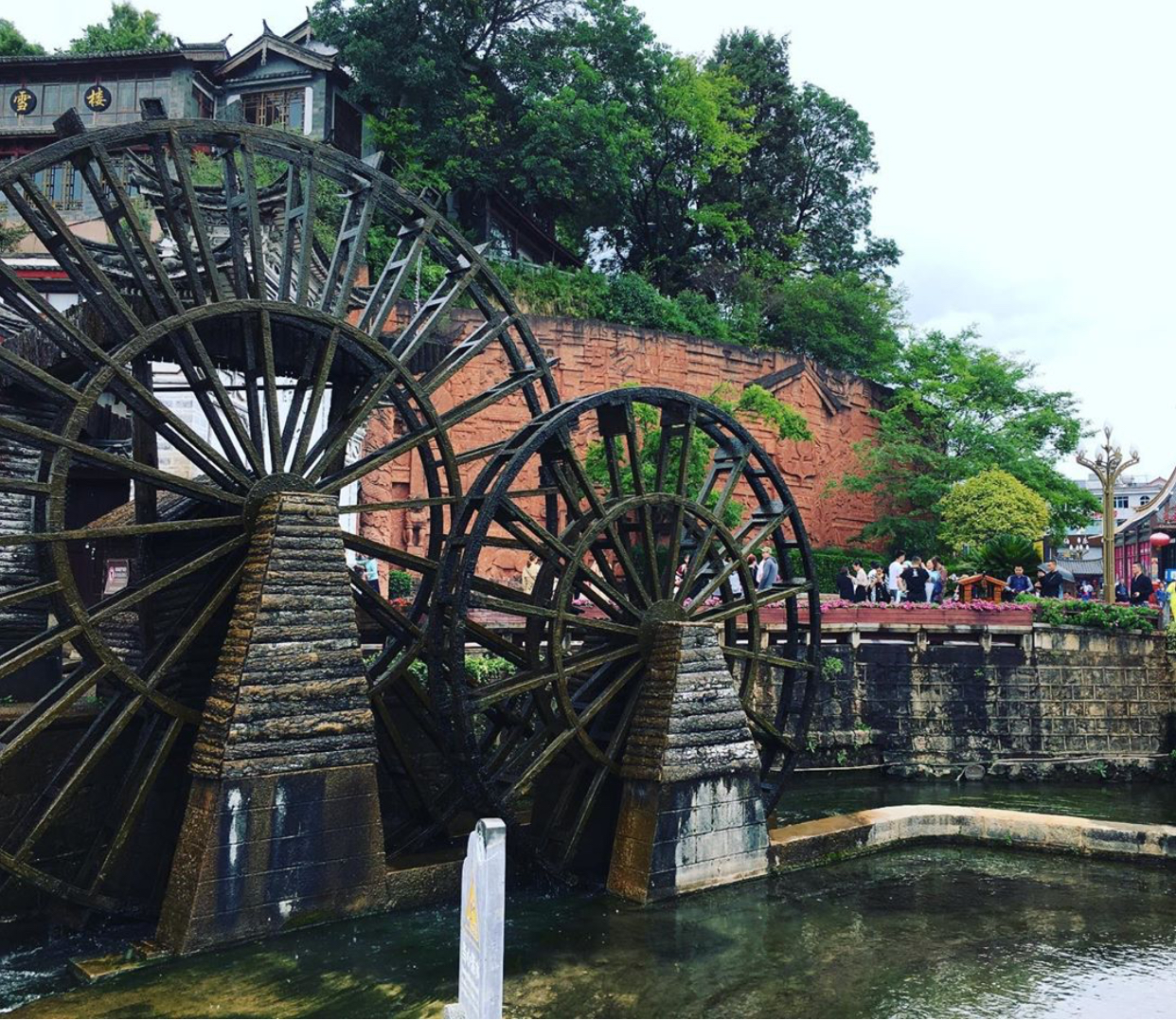 The design of the program was perfect. It began with three weeks of learning the basis of TCM. Week four we visited minority areas in Yunnan to study how they treat illnesses using Traditional Chinese Medicine. The remaining weeks we focused on experiential learning. Within the first couple of weeks, we visited Yunnan Provincial TCM Hospital which is where we job shadowed doctors in the hospital. We studied Chinese massage for a week and the best part was when we went to experience it. They took us to actually have massages. During our week traveling to the minority areas in Yunnan, we visited Taoist temples, Traditional Tibetan hospitals, Tibetan Buddhist temple, we went to see a Dongba (shaman) for fortune telling, a hot spring, and more. We traveled the minority areas for nine days straight and it was almost a new city every day. The last weeks we focused on cupping, acupuncture, and moxibustion. These weeks were focused mainly on experiential learning. This meant we experienced cupping, acupuncture, and moxibustion on ourselves by trained professionals. They allowed us to try as much of it ourselves. Acupuncture can be dangerous so we were not allowed to try it on others, but we could try it on ourselves if we were comfortable enough to try.

The area for this program was in Kunming, Yunnan which is known as the city of spring. The temperature usually ranges from 65-75 degrees Fahrenheit year-round. That does mean that an air conditioner is a rare site to see. Luckily, our hotel had an air conditioner because this was one of the hottest summers Kunming had seen in decades. Even though it was one of the hottest summers, it did not get out of the high 70’s – low 80’s. This city was not lacking in scenery, it was filled with lotus flower parks. Along with parks there where tons of streets prioritized for shopping. When shopping you better come prepared to bargain. Sales associates are very good at their job and encouraging you to buy things. The best part is you can bargain them to make their prices lower. I also enjoyed the many to-go drink shops. They had everything from smoothies and coffee.

I believe this program is worth seeing yourself because it is unexplainable. It is something words cannot describe. I always enjoy learning other cultures, so personally culture shock is more of a learning experience for me. I love learning why people do things and how it improves their daily life. I do not believe this program would leave room for culture shock as it was very fast paced. I always feel more culture shock coming home then I do in another country. Try to remember that it is hard to fit back in to where you came from but there is always a place for you.

Hayley Edde is majoring in International Studies and spent Summer 2019 studying Community Health and Traditional Chinese Medicine  in Kunming, China through SIT Study Abroad. Hayley was the recipient of the CGE Featured Program Scholarship for Summer 2019 and previously studied abroad in Ulsan, South Korea in Summer 2018. Hayley had the following to say about study abroad, “Whether your adventure abroad is a check off a bucket list or a lifelong adventure, it all began as an idea. That idea will grow and flourish into the unimaginable. Never be afraid to embrace a new country, a new language, and most importantly the beginning of your own something new.” Hayley will return to Ulsan, South Korea as an exchange student at UTC’s exchange partner school, the University of Ulsan for Fall 2019-Spring 2020.