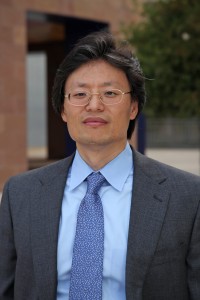 A renowned expert in robotics, computer vision, and unmanned systems, Dr. Daniel Pack has accepted the position of Dean of the College of Engineering and Computer Science at the University of Tennessee at Chattanooga. UTC Chancellor Steven Angle announced the appointment on Tuesday.

Pack currently serves as Mary Lou Clarke Professor and Chair in Electrical and Computer Engineering at the University of Texas at San Antonio.

“We are fortunate to have a teacher, researcher and scholar of Dr. Pack’s caliber join us at UTC. His decision to lead our Engineering and Computer Science College demonstrates our outstanding achievements and the potential for future growth and community impact,” Angle said. “His experience in computer engineering and cloud technology is a perfect fit for Chattanooga and our Gig City initiative.”

At UTSA, Pack led a department of 32 faculty members with 850 students and managed a $6 million budget plus a research enterprise of more than $3 million annually. Prior to joining UTSA, Pack held faculty positions at the U.S. Air Force Academy. In 2005, he was named the Colorado Professor of the Year by the Carnegie Foundation.

“My teaching philosophy revolves around my belief in the education of the whole person through developing skills for life-long learning,” said Pack. “I encourage students to develop their knowledge and skills not only as engineers, scientists, problem-solvers, innovators, and contributing members of our society but also as true professionals and leaders.”

To enrich the student experience, Pack increased the number of internships and co-op opportunities for students at UTSA through partnerships with such industries as National Instruments, Union Pacific, Texas Instruments, and the Johnson Space Center. At UTSA, Pack worked to improve teaching quality by establishing a mentoring program for junior faculty and teaching aide orientations and expanding the online course offerings. Under his leadership, UTSA has established cooperative agreements with universities in France, South Korea, Turkey, and Azerbaijan.

Pack was Founding Director of the Academy Center for Unmanned Aircraft Systems Research at the U.S. Air Force Academy in Colorado Springs. He has earned over $1 million annually in research funding on cooperative multiple unmanned air vehicles projects from government and industry partners and published over 130 journal and conference papers along with numerous chapters and give embedded systems textbooks. His areas of research include sensor-based intelligent control, cooperative unmanned aerial systems, robotics, embedded systems, and computer security.

In recognition of his research and service, Pack has received the 2012 Meritorious Civilian Service Award from the U.S. Air Force and the Civilian Medal for Exemplary Service to the Air Force Academy. In 1997, Pack won the Frank J. Seiler Research Excellence Award.

The UTC College of Engineering and Computer Science offers bachelor’s, master’s, and doctoral degrees and includes the UTC SimCenter: National Center for Computational Engineering. Dr. Nesli Alp has been serving as interim dean.

“We appreciate the service and leadership of Dr. Alp during this time of transition,” said Chancellor Angle.

Pack holds a Ph.D. in electrical engineering from Purdue University. His dissertation examined sensor-based control for a quadruped walking robot. He earned a master’s degree from Harvard University and a bachelor’s degree from Arizona State University.