Want to hear about “Memory Strategies and Decision Making”?

Is your imagination piqued when you hear “Do College Students Political Values Align with their Political Identification”?

Does “Cyclic Voltammetry of Quinones in Buffered Aqueous Solution at pH 7” speak to you?

If you want to broaden your knowledge about dozens of different subjects or you want to expand your mind with new ideas? ReSEARCH (Scholarship, Engagement, the Arts, Research, Creativity and Humanities) Dialogues is waiting.

The listings above are among the students being presented at the event, but don’t let them scare you. Discussions on the topics won’t be so far above your head you’ll feel as if your knuckles are dragging the ground.

One of the goals of ReSEARCH Dialogues “is to clearly communicate and share information across academic disciplines, so you won’t have to be an expert in any particular field to enjoy the event,” says Dr. Joanne Romagni, vice chancellor for research and dean of the Graduate School.

Set for Tuesday and Wednesday, the annual presentation brings together faculty members and students in graduate and undergraduate programs. All have spent months on specific projects, conducting interviews, poring over data sheets, crunching numbers — taking all the necessary steps when you’re trying to nail down results.

“Research, scholarship, and creative expression are literally the lifeblood of a university,” Romagni says. “Scholarly inquiry promotes excellence among faculty, enriches the learning environment for students, impacts economic development and fosters a vibrant community of scholars.”

“Universities exist to create and share knowledge for the public benefit and to prepare students for lifelong learning and inquiry within a range of careers — including careers that may not exist yet.” 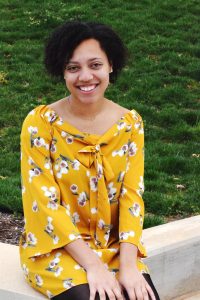 Dominique Malone admits — with chagrin — that the thoughts even cross her mind.

Whenever she hears or reads about a woman being raped, she thinks: What did the victim do to put herself in this situation?

“Even though I’d like to say, ‘She is not at fault at all,’ the first thing that comes to my mind really — and I don’t mean to be disrespectful in saying it — but it’s ‘What did you have to drink?’

“That really shouldn’t be your first thought.”

It’s known as “victim blaming” and it’s nationwide, she says. Trying to understanding the concept and why it’s so prevalent was part of what she learned during her research for “Disenfranchisement of Rape Victims,” the project she’ll be present at ReSEARCH Dialogues.

A freshman majoring in criminal justice with a minor in communications, she and her advisor, graduate student April Bennett, pored over data from across the country, digging into the events surrounding rape cases once they’re reported to police.

For every 1,000 rapes reported, 994 perpetrators walk free, according to data from the Rape, Abuse and Incest National Network, an anti-sexual assault organization.

Fifty-seven will be arrested; 11 will be taken to court; seven will be convicted of a felony, but only six will go to jail, RAINN reports.

“In Michigan alone they had over 2,000 rape kits that had gone untested for 10 years,” Malone says.

The problem is “systematic,” she explains, starting with the police and rising through the attorneys to the judges and even to the juries.

“(Lawyers) have to train the victim to act a certain way when they’re on the witness stand,” she says. “If not, the jury won’t take them seriously or think that they’re too emotional or not emotional enough.”

Her research also revealed several issues within the legal system:

And, when it comes to victim blaming, she’s not alone. It’s often the go-to thought for people nationwide, she says.

“Our society shifted from the person who actually committed the crime to victim blaming, asking them what they wore, what they drank, who they were with, why did they go with him?”

She’s trying to change her own inclination to engage in immediate wondering what the victim did wrong, she says.

“When I hear these things, I try to think, ‘OK, let’s just think about the victim and not think about all the circumstances that surround it or the perpetrator and who he is or what he did to her. I try to focus on the victim.”

Unfortunately, she says, the numbers and information she found in her research didn’t truly shock her.

“It wasn’t very surprising to me to find out any of this information, really. It’s just sad, if anything. I wanted to be proven wrong.”

Kaila Northcutt’s grandmother is almost 80 years old, but she’s not much for hanging out with people her own age.

“Whenever she goes to a retirement community, she’s like: ‘Oh, I didn’t like it there. Everyone was so old.’”

Although her grandmother’s statement makes her laugh, Northcutt understands it much more clearly now that she’s spent the past few months working on a research project titled “Aging in Place: Is Chattanooga the Place.” 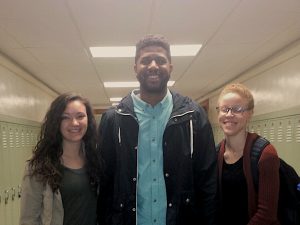 With mountains, rivers, a vibrant downtown and growing suburbs, Chattanooga has built a reputation as a terrific place live. But she and two other UTC students — Reginald Gilmore and Alicia Payne — went into the community to see if it’s a great place to grow old. They asked those who would know: Folks growing old.

The trio each interviewed five people, all 55 years and up, to see if the area has the kinds of resources that an aging population might need to maintain the same quality of life they’ve come to expect.

They stayed away from those with health issues who need medical resources, focusing instead on those who are active and in good shape and might be looking for activities that interest them.

Northcutt, a graduate student in social work, says she was surprised that so many of them not only didn’t realize the resources were out there, they didn’t even think they needed them or, in many cases, had never even thought about them.

“Even though they were older, they didn’t feel older,” says Northcutt, who earned a bachelor’s degree in international social justice from Virginia Commonwealth University.

She acknowledges that her interviews were held at Brown Acres Golf Club and all the subjects were white men, so her group wasn’t exactly shrinking flowers who wanted to stay indoors and watch “Matlock” reruns. In fact, one of the men had retired but taken a new job working at the golf club.

Careers, actually, were the No. 1 reason they cited on why they had moved to Chattanooga. But once they were here, they liked the climate and the beauty and the cost of living so much they decided to stay forever, she says. Most had been here from 10 to 30 years.

“They came here for work and they loved it so much that they stay,” she says.

They entered the Neonatal Intensive Care Unit at Erlanger with a set goal: Check 50 different spots in the unit, trying to determine which were contaminated with bacteria.

Using specially-designed microbial-test swabs, they checked cabinet handles, equipment, supplies, faucets, air ducts, the floor and dozens of other spots in three of the unit rooms, or pods. Over the course of six months, they performed these tests three times. 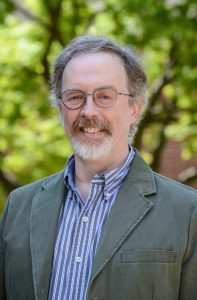 Out of 150 swabs in the initial sampling, 87 percent were contaminated to some degree with everything from “benign skin bacteria to MRSA,” he says.

And it wasn’t just a sprinkling of bacteria. The team used a scale of one to three to score the amount of contamination, one being a small amount of bacteria, three being “more than we can count,” Spratt says.

Since their initial sampling in the NICU, the UTC team has also tested the Pediatric Intensive Care Unit at Erlanger, where they have found similar levels of bacterial contamination.

Spratt will present some of the findings of the study — titled “UTC’s Clinical Infectious Disease Control Research Group: Helping Local Healthcare Facilities in the Battle Against Healthcare Acquired Infections” — at ReSEARCH Dialogues.

Erlanger approached Spratt and his team specifically to search the NICU’s environment to see if there were bacteria that might cause hospital-acquired infections, a problem not just locally but one that’s become a major problem worldwide.

But in any hospital environment, it’s hard to track down the ultimate source of bacteria that cause hospital-acquired infections because there are so many possibilities. It can be person-to-person — parent touches nurse touches doctor touches baby. Or it can be a dust particle that lands on a baby’s arm. Or it can be something dropped on the floor.

The ultimate goal is to find some way to kill the bacteria before it gets in and possibly leads to an infection, Spratt says.

“We’ve been looking at the efficacy of the cleaning protocol in the hospital, trying to find a way to reduce contamination by all these pathogens in the environment right around the babies’ beds,” he says.

So far, the most promising method tested in other hospitals may be a device that emits very intense ultraviolet light to cleans rooms that have been emptied out for cleaning, Spratt says. The UTC team has not yet been able to test one of these UV light machines at Erlanger.

And the team’s research shows that a new cleaning method is seriously needed. Its second round of swabbing in the PICU took place right after the cleaning crew came through.

It didn’t matter much, Spratt says.

“We found no significant difference between first and second rounds.”