UTC faculty pick up national award for their research project

UTC’s Drs. Dalei Wu and Li Yang picked up an award on Monday, March, 25, for their Chattanooga-based research project, which was selected as one of the 50 best in the country.

Both Wu and Liang are both professors in the College of Engineering and Computer Science. They were joined in the project by fellow faculty member Dr. Li Yang. 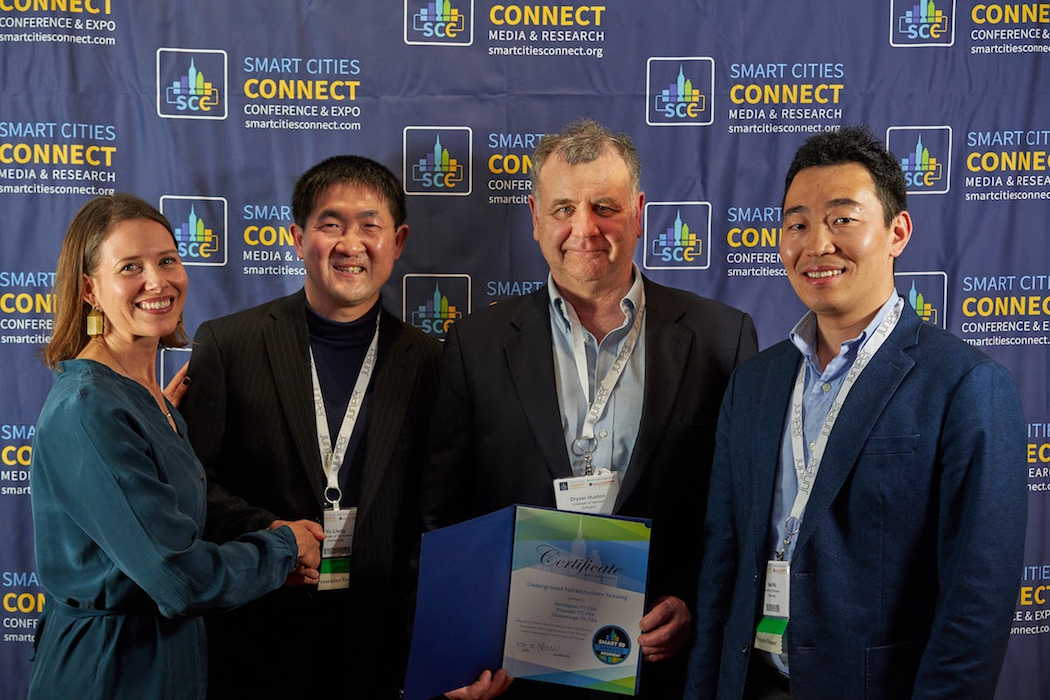 The award was given by Smart Cities Connect Media and Research, a national network focused on Smart Cities projects, which are designed to make urban areas more efficient and safer. Using EPB’s 10-gig fiber-optic network, the fastest in America, Chattanooga is one of the pioneers of the Smart Cities concept.

With local participants organized through Chattanooga’s Enterprise Center, Wu and Yang collaborated with the University of Vermont’s Dr. Dryer Huston to use equipment such as radar and magnetic sensors search underground to document the location and condition of water and sewer pipes, electrical conduits and other infrastructure. The data was fed into high-speed computers at UTC’s SimCenter and turned it into spreadsheets, graphics and other easy-to-use documents.

Documentation for underground infrastructure can be out of date or inaccurate, depending on the city, so data gathered by the sensing project can be used by city engineers, planners and maintenance supervisors, as well as construction companies, to locate pipes, conduits and other utilities before digging begins, reducing the danger of damaging critical equipment.

On Wednesday, March 28, the research project will be demonstrated at the Smart Cities Connect conference in Kansas City.

On Tuesday, March 27, UTC’s Dr. Mina Sartipi, also in UTC’s College of Engineering and Computer Science, presents her most recent work on self-driving vehicles, another element in the Smart Cities concept.