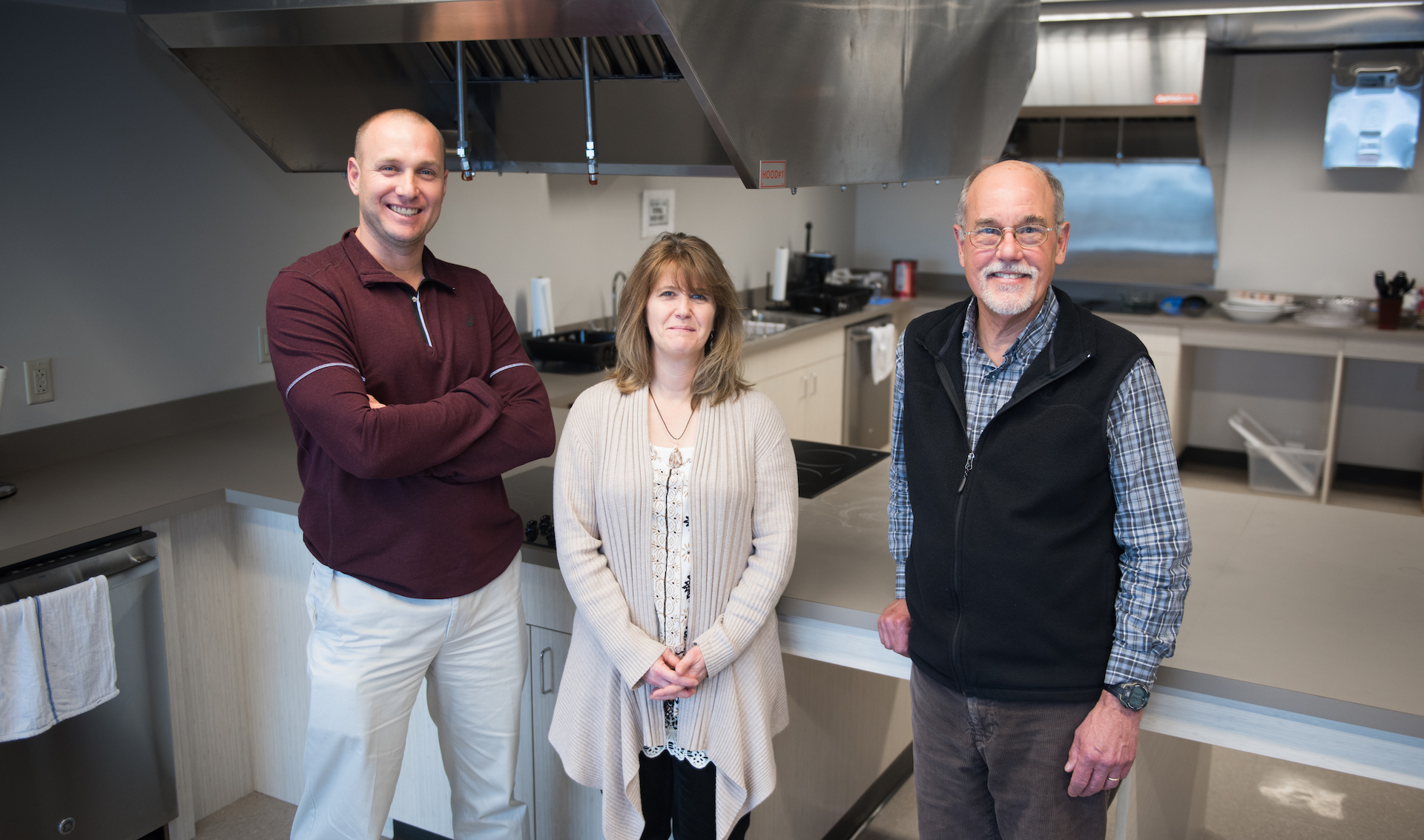 Mark Stoutenberg, Marisa Colston and Greg Heath, from left, say the new master’s of public health will help both students and the Chattanooga community.

Even with a master’s degree and a Ph.D. in exercise science, Mark Stoutenberg ran into something of a wall.

“I found my training and the way my degree was viewed as being somewhat limited in terms of actual application in a professional setting and how it was viewed by others in the field,” he says.

To break through those bricks, he went back to school and earned a master of public health. That made all the difference, he says.

“I felt a number of doors and career opportunities open for me,” he recalls.

Stoutenberg has brought that knowledge and real-world experience to UTC, where he’s now program director for the new master of public health program. Starting in August, the program will give students interested in health care a “‘widening’ of career opportunities to a broader range of careers and professional opportunities,” he says. The program is awaiting final approval by the Southern Association of Colleges and Schools Commission on Colleges, which is expected at any time.

The master’s program is the only one in Tennessee and one of only a few nationwide with a concentration in chronic disease treatment and prevention, a rapidly growing issue in global health care.

“Several programs offer MPH degrees with a concentration in nutrition, physical activity or a more general health promotion or health education, but we have seen few that focus on chronic disease prevention and control like we have planned with this program,” Stoutenberg says.

And Tennessee needs to focus on chronic disease because the state’s statistics “are staggering,” says Marisa Colston, head of the Department of Health and Human Performance, which the master of public health program falls under.

“We have among the highest rates of child obesity and behavior-related diseases, resulting in a substantial economic impact. Often, our efforts are directed towards treatment and management of chronic disease, rather than on prevention, until one’s quality of life is impacted,” Colston says.

Greg Heath, the Guerry professor of health and human performance, has spent the past decade trying to get a master of public health program started at UTC.

“It’s very gratifying to see it happen … I’ve been the public health gadfly,” laughs Heath, who has both a master and Ph.D. of public health from Loma Linda University in California.

For those in the health-care industry, having a master’s of public health is analogous to an MBA in business, a way to open doors into different careers, he explains. The concentration on chronic disease has particular relevance these days, he adds.

“Chronic diseases are what’s killing everybody. We have growing rates of obesity, Type 2 diabetes,” Heath says. “Heart disease deaths are going down, but the prevalence is going up and it’s because you’re managing these things and keeping people that, 30 years ago, would have died but are now living.”

In the battle against chronic diseases, the UTC master’s program “will focus on the health behaviors, specifically on physical activity or inactivity as risk factors and on nutrition and healthy eating,” Heath says. “To a lesser extent, they’ll cover smoking cessation or prevention.”

Such “lifestyle components” are common to many chronic health issues such as coronary heart disease, stroke, Type 2 diabetes and cancers such as colon cancer, breast and lung, he says.

Beyond the focus on chronic disease prevention, the master of public health “will still provide students with a strong foundation in promoting health equity, community engagement, epidemiology and working as part of multi-disciplinary team—skills that are highly valued across a wide range of jobs and professions,” Stoutenberg says.

“Public health” is a rapidly growing field in general, he says, and can be a good choice for students who don’t think medical school is the best path for them but are interested in health care.

Among other possibilities, graduates from the master’s program can work in county and state health departments, community health centers, nursing specialties, as physician assistants or research associates, in organizations such as the YMCA or even with commercial businesses that want to keep their employees healthy.

For instance, Stoutenberg explains, a student with a bachelor of exercise science or nutrition could combine that degree with a master of public health to extend career opportunities.

“This is where I think ‘public health’ as a general field has great appeal to these students who want to pursue health-related careers but are searching for an outlet that meets their needs,” Stoutenberg says.

Colston says the master program will have a “positive impact” in the area, providing the chance for UTC’s goal of promoting better health in surrounding communities.

“The hope is that we’re going to be of service to our region, not just Chattanooga,” Heath says.

* The MPH program will begin in August 2018 pending approval by the Southern Association of Colleges and Schools Commission on Colleges.

Tagged with: master of public health