UTC is a Tree Campus USA for 6th straight year 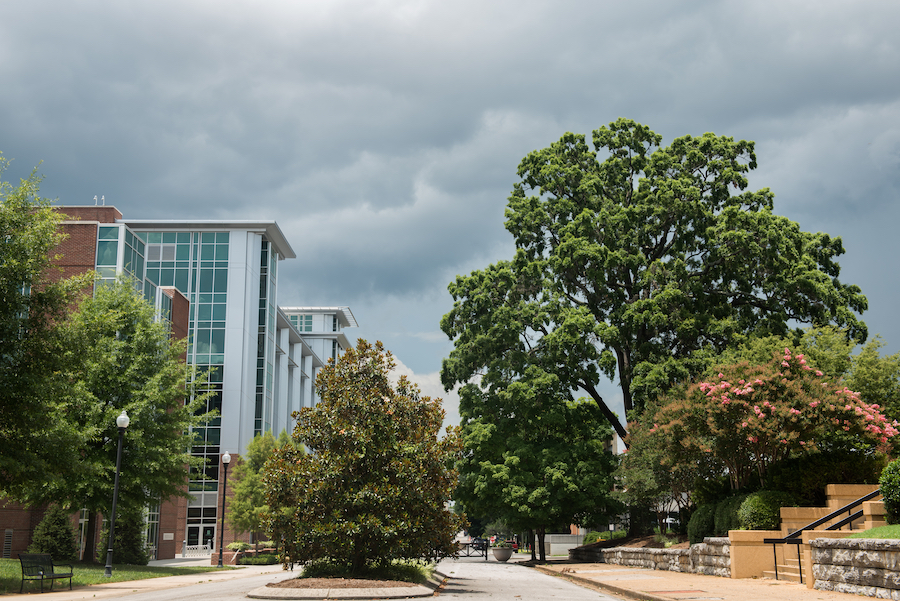 For the sixth year in a row, UTC has been named a Tree Campus USA by the Arbor Day Foundation. It’s the only school in the UT System to be given the honor, which covers 2018.

The designation recognizes college and universities nationwide for “promoting healthy trees and engaging students and staff in the spirit of conservation,” according to a foundation news release.

For years, campus construction and renovation has incorporated native vegetation, green spaces and walkways laid with, when possible, pavers that allow water to pass through. Two current projects—the beautifications of Vine and Oak streets­—include those elements.

UTC’s campus includes trees that pre-date the campus, possibly over 100 years old. The university also has spent decades “greening” the campus and, at this point, 620 trees have been planted, including over 150 legacy trees of various species such as willow oak, sugar maple, American beech, hawthorn, elm and magnolia.

In 2011, the university was designated as a Certified Urban Arboretum by the Tennessee Urban Forestry Council, which labels more than 60 different species of flora representing nearly 2,000 trees and woody plants on campus.

In 2015, UTC served as the site for the commemoration of Chattanooga’s 25th anniversary as a Tree City USA for the Arbor Day Foundation.

UTC is one of 344 colleges or universities nationwide designated as a Tree Campus USA for 2018. So far, along with UTC, four other state schools are on the list: Belmont University, Rhodes College, Tennessee Wesleyan University and Trevecca Nazarene College.