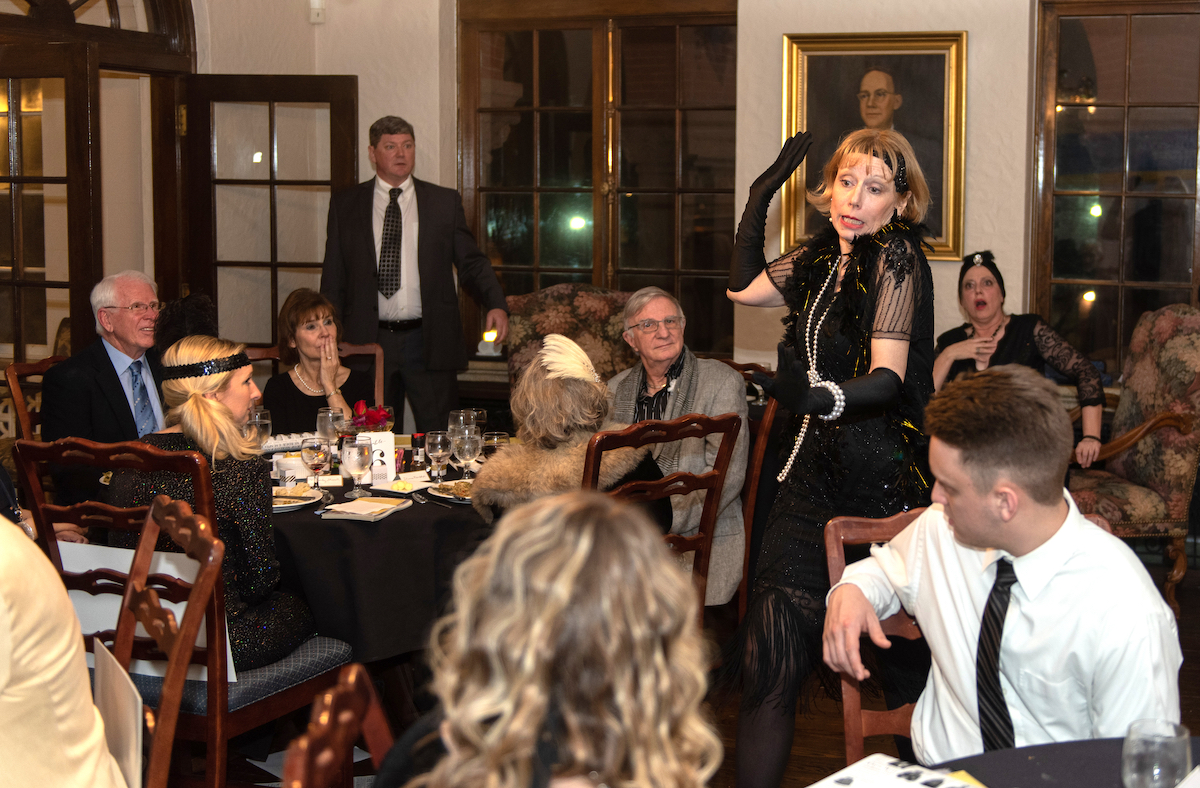 Anne Swedberg sashays through the room as Vera Primavera.

Who shot  restaurant bigwig Mickey Merlot in the back and killed him?

That was the central question in “Who Dunnit’? Murder Mystery Dinner Event,” the Southeastern Center for Education in the Arts’ fundraiser to support its new early learning programs launching next fall. SCEA is in the process of becoming an affiliate chapter of the internationally known Wolf Trap Institute for Early Learning in the Arts.

UTC faculty and staff and others connected to the university wrote, directed and starred in the production, which took place Feb. 16 to a sellout crowd. Members of the audience had to guess the murderer using clues doled out in the play.

“The idea sparked when SCEA moved into the Patten House a few years ago. The first floor reminded us of the set of Clue and thus the idea of creating a ‘Murder Mystery’ event was born,” explained Laurie Melnik, executive director of the SCEA and director of the production. She and Mikki White, a senior in theatre, were the playwrights.

“The cast alone represented three different colleges and brought a group of UTC faculty and staff together in a unique way. Through the collaborative endeavor, we reinforced how an artistic process brings us together, encourages active discovery and creates an unforgettable experience,” Melnik said.

“We wanted this event to be more than an opportunity to support SCEA but also a way to connect the center’s mission across campus through working with people from different departments,” Melnik said.

The Wolf Trap Institute for Early Learning in the Arts provides arts-based teaching strategies and services to early childhood teachers, caregivers, parents and their children up to 5 years old in drama, music and movement. The institute is an international organization that annually provides services for more than 75,000 participants. 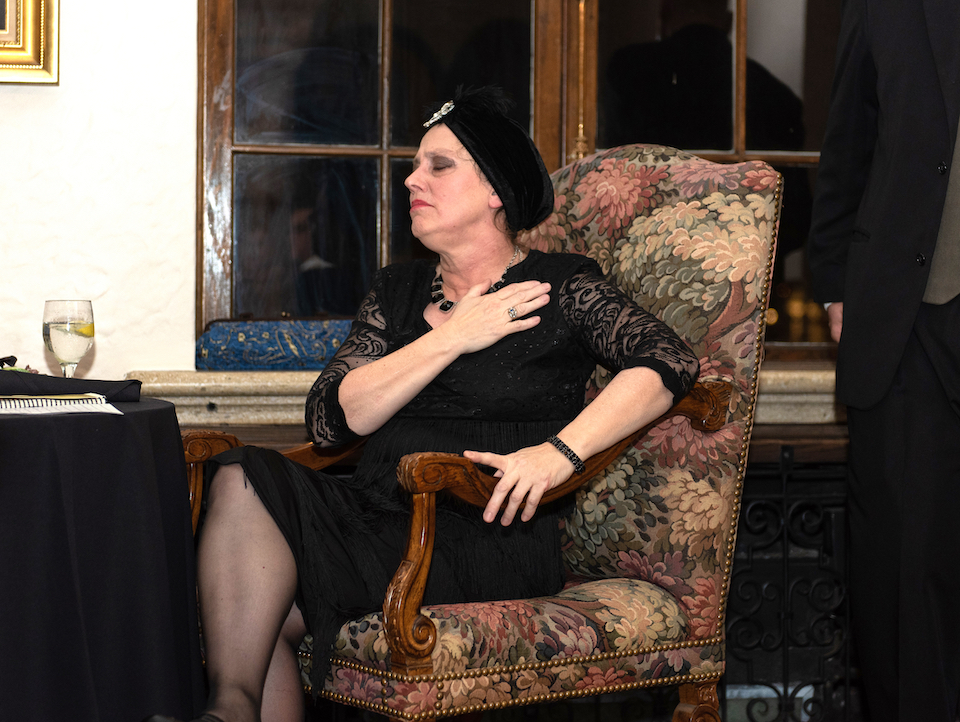 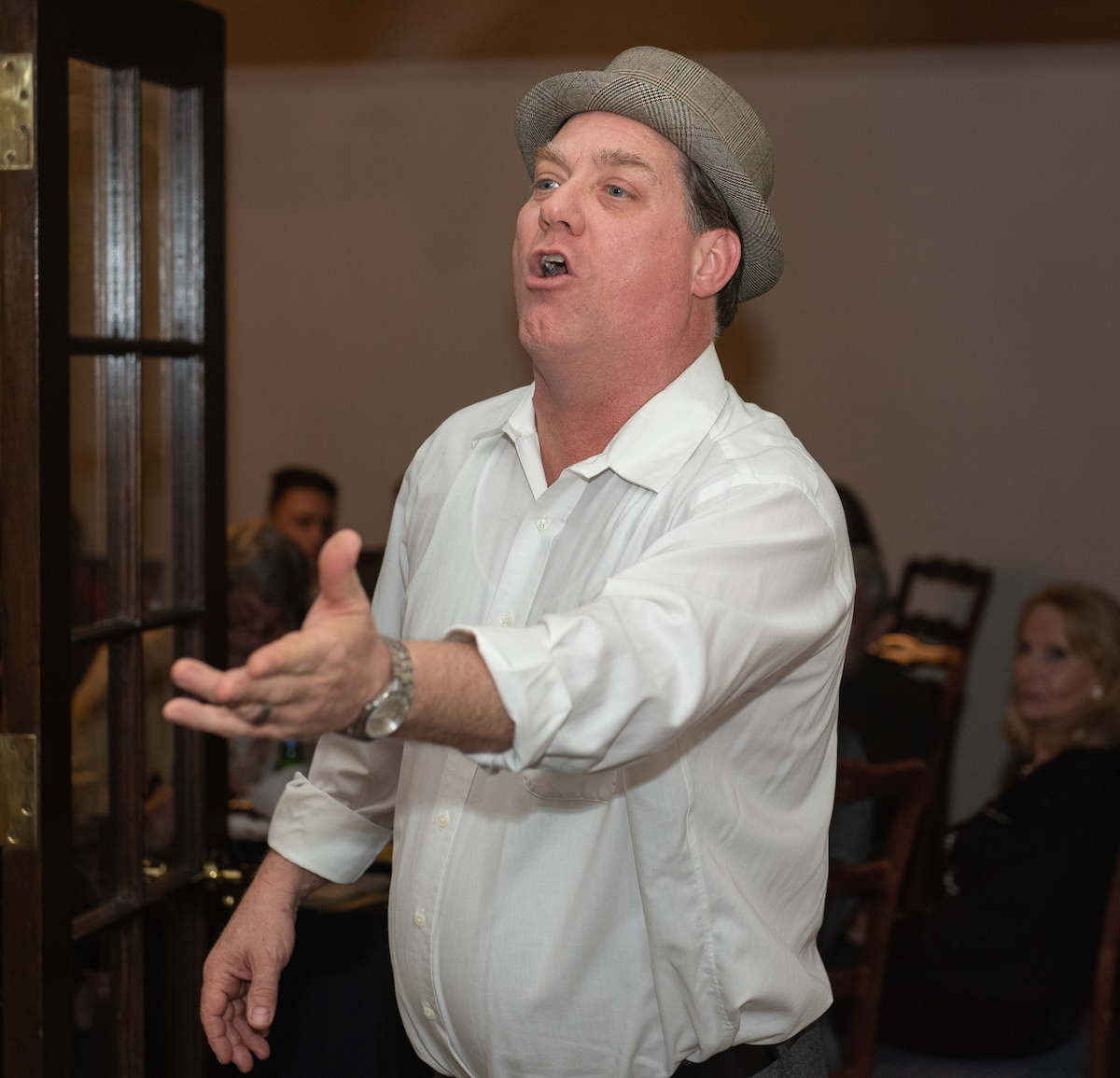 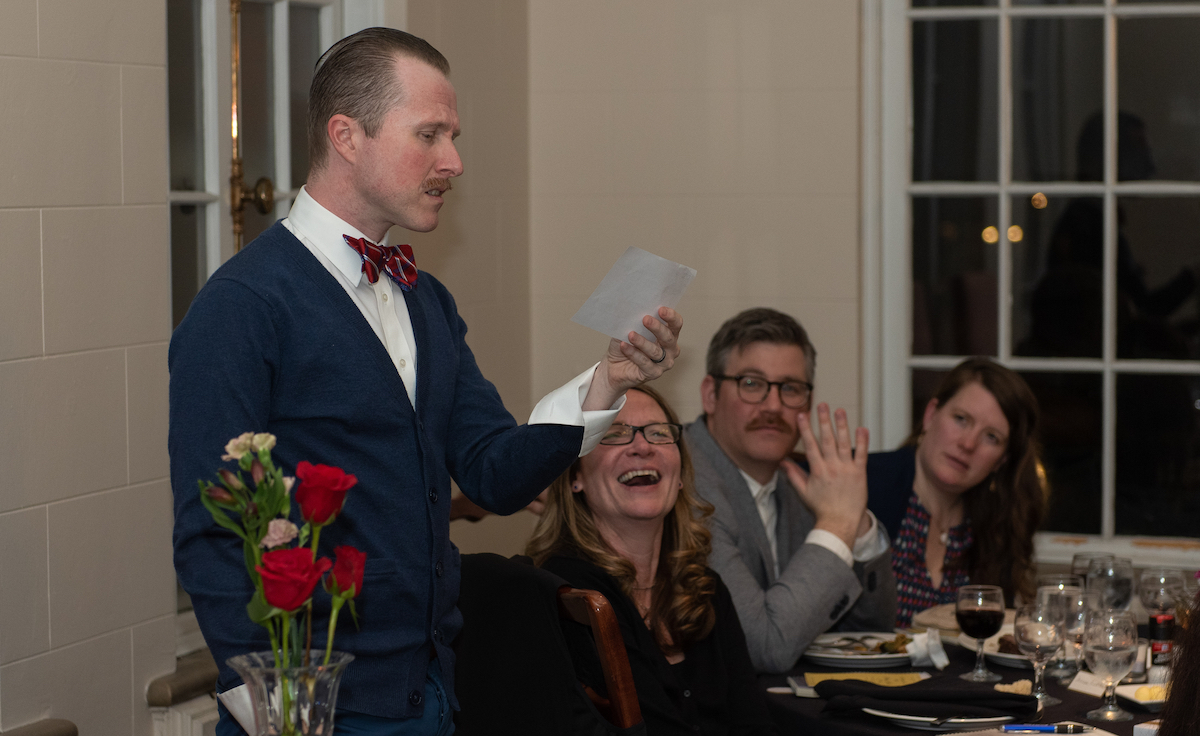 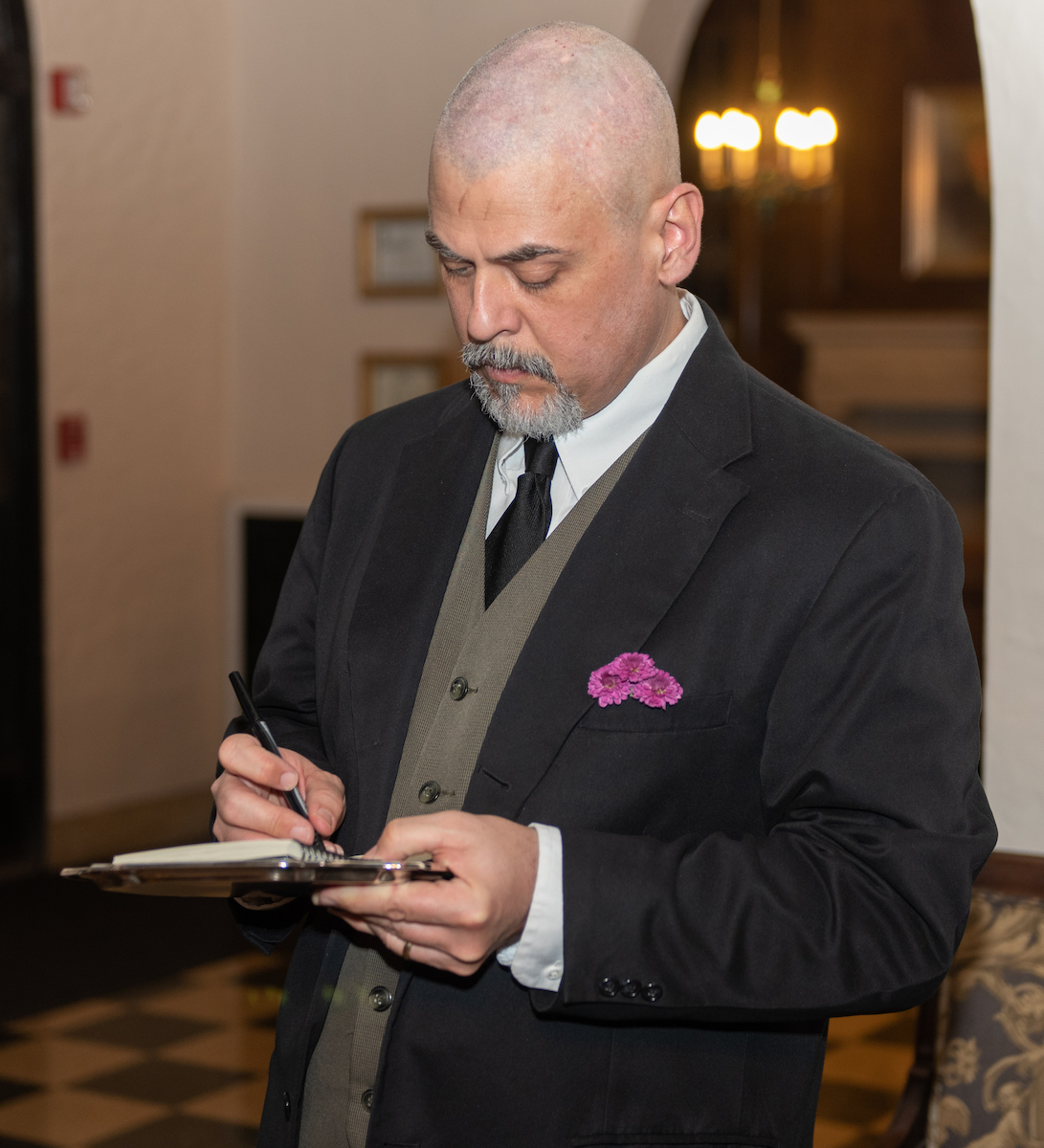 Joel Baxley played The Butler because every murder mystery must have a butler. 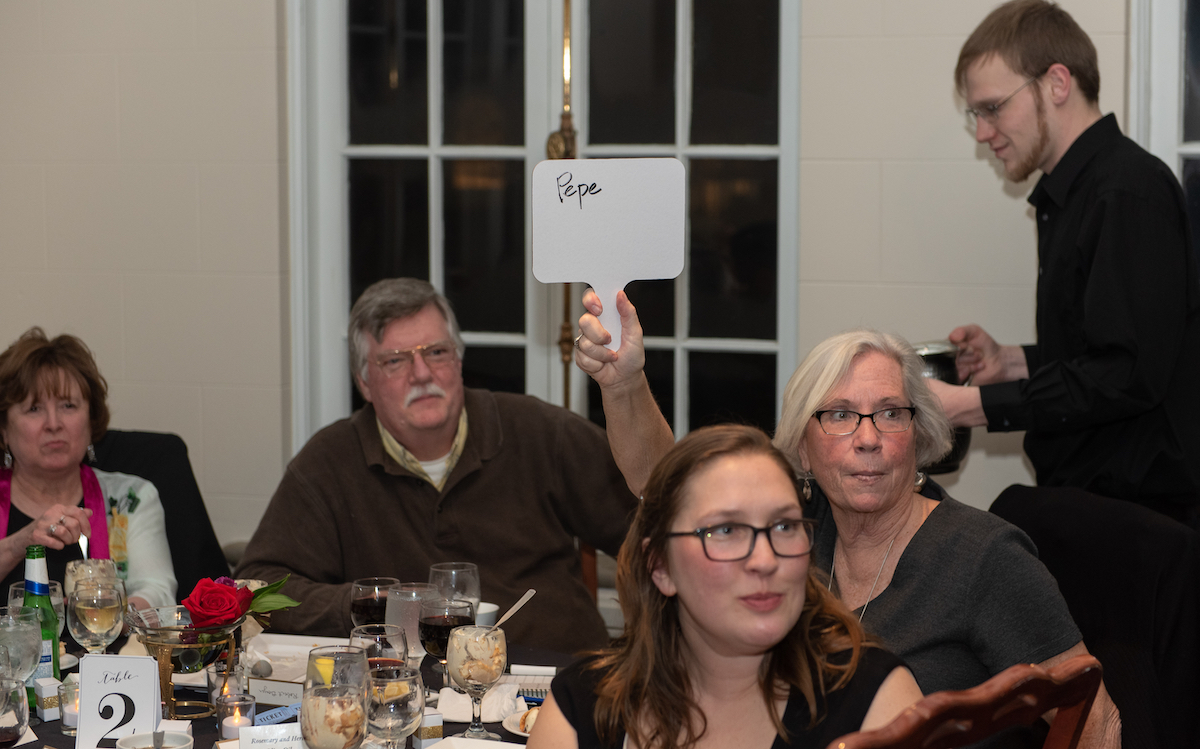 As part of the festivities, the audience had to try to determine the murderer through clues dropped here and there in the performance.
Media Relations Contacts: Email Shawn Ryan or call 423-425-4363.

Tagged with: Laurie Melnik Southeast Center for Education in the Arts