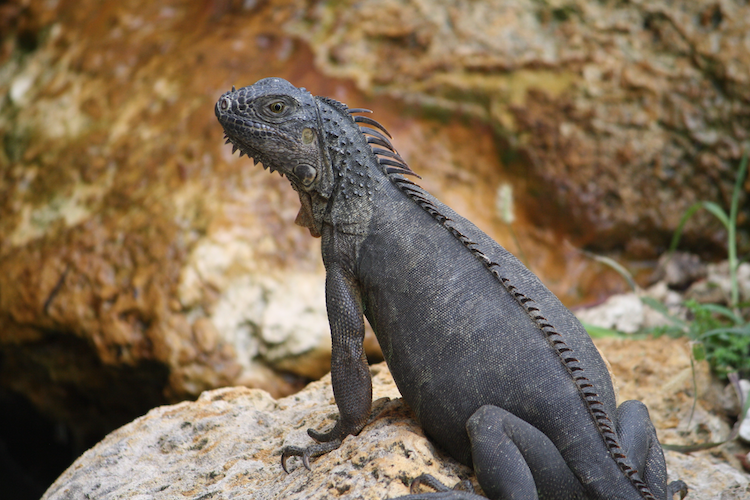 Marine iguanas are a common sight on the Galapagos Islands.

Mike Boehm has a new perspective on the world since spending a week in the Galapagos Islands.

After hours of studying animals that form the basis of Darwin’s theory of evolution, Boehm says he understands “how insignificant we are as humans.”

“One small change in environmental conditions when we were evolving could have drastically changed everything about the way we think about ourselves and how human society works,” said Boehm, a senior in political science.

The animals and plants on the Galapagos Islands are an integral component of Charles Darwin’s Theory of Evolution. For the course “Darwin and the Science of the Galapagos,” 16 students, all from the Honors College, spent spring break in the island chain, which sits about 560 miles off the coast of Ecuador, intensely studying Darwin, both as a man and as a scientist.

The students worked in groups and were assigned a specific organism to study, says Assistant Provost Dawn Ford, who taught the class. Before leaving, students studied the islands, their history and geography and Darwin’s scientific methods and conclusions, she says.

“When we got there, they had time to observe the animals and to take pictures and to take notes, much like Darwin did in the field,” Ford says. “They will be writing a paper and doing poster presentations about their assignment.”

Boehm and his groups examined the islands’ mockingbirds, which have differences from island to island, he says. Others looked at sea lions and Darwin’s finches and lava lizards; some kept an eye on giant tortoises and marine iguanas, perhaps the most famous of the Galapagos’ animals when it comes to the general public.

“You don’t have to search long” to find the animals, says Ford, who has been to the Galapagos one time before and seems just as excited about the trip the second time around.

“It’s evidence of evolution and I had read about giant tortoises and never dreamed I would see one in person,” she says.

Garrett Allen, a major in pre-professional biology, says the trip “was just surreal.”

“When you go and you see these giant tortoises and finches and we’re all connected at some fundamental level, it just blows your mind,” says Allen, whose group studied the giant tortoises.

David Pleins, adjunct professor in philosophy and religion, also was on the trip and says he “came along as the other side of the equation, the humanities.”

“I’m the person who’s knowledgeable about Darwin’s life, his thoughts, his philosophy, his view of ethics. I had all those components.

“What I hoped students would get would be three things. One would be to see the value of bringing a humanities, historical, philosophic perspective to their study of biology.”

Secondly, he wanted students “to get a better sense for Darwin’s intellectual journey.”

“ Darwin is somebody who had an intense curiosity, whether it was geology, cultural studies or anthropology. His mind was open to exploring and revising. I’d hoped the students would get a better sense of how his thoughts complexified over time and also how he was reacting to the beliefs and values that were common in Victorian England.

“The third thing was to be at the place where he made some significant breakthroughs and be able to evaluate what that means, to cross over from one kind of thinking to another.”

That crossing over happened with Boehm.

“Through all these observations, I was able to really connect to Darwin’s thought processes, which we’d been learning about in class and is something you learn from Day One growing up. But to really see it in such a visceral way was really cool.”

Like Boehm, Allan found himself stepping into Darwin’s shoes and examining the islands from a different point of view.

“It’s kind of hard. You had to be kind of like Darwin and observe it for yourself,” Allen says. 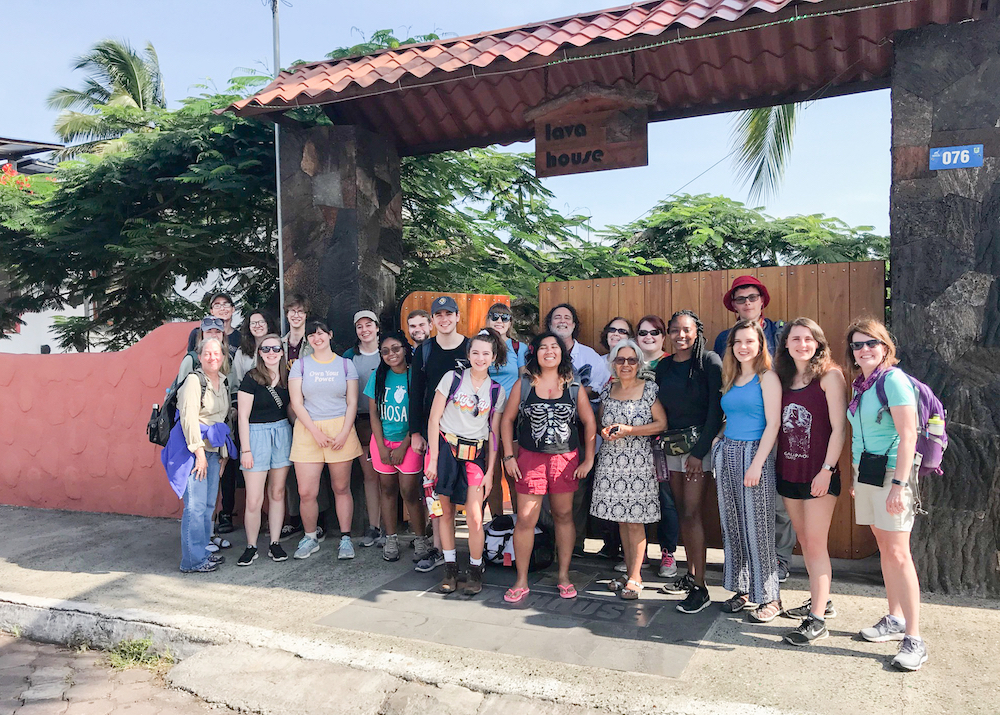 Honors College students spent a week in the Galapagos Islands. 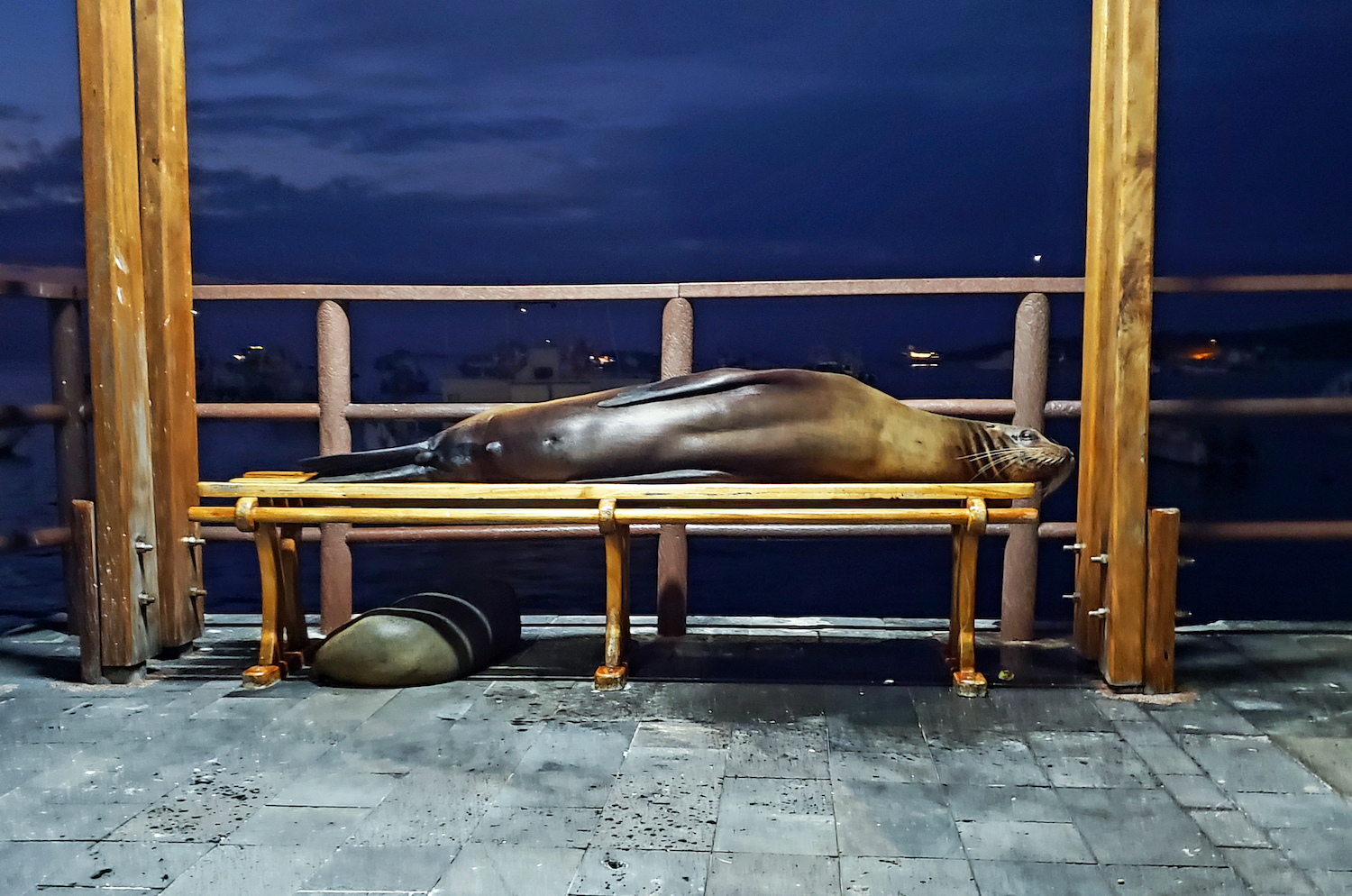 Sea lions — and many other Galapagos animals — have little fear of humans. Rules are very strict about interacting with any animal on the islands. 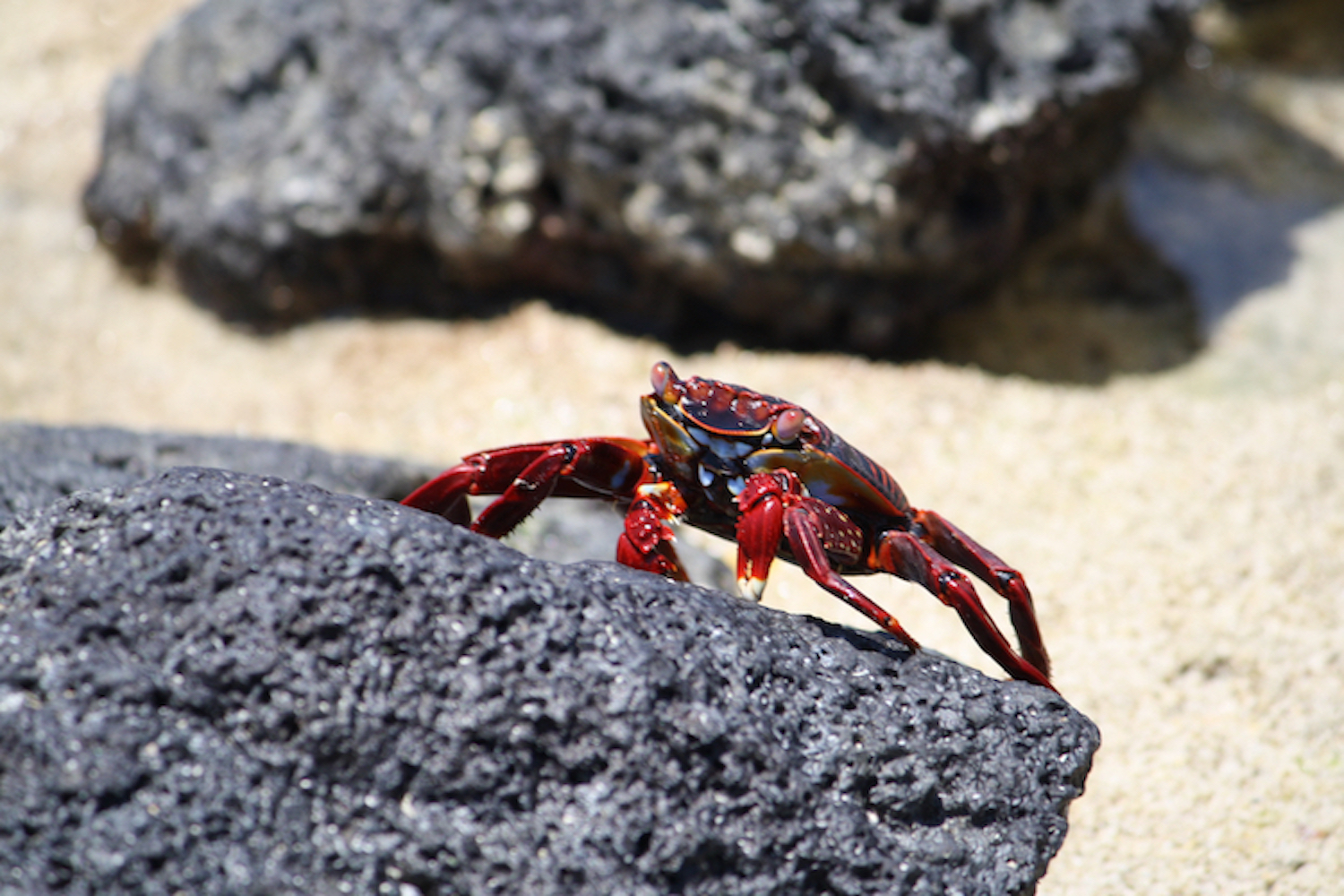 The Sally Lightfooted Crab, aka, the Red Rock Crab 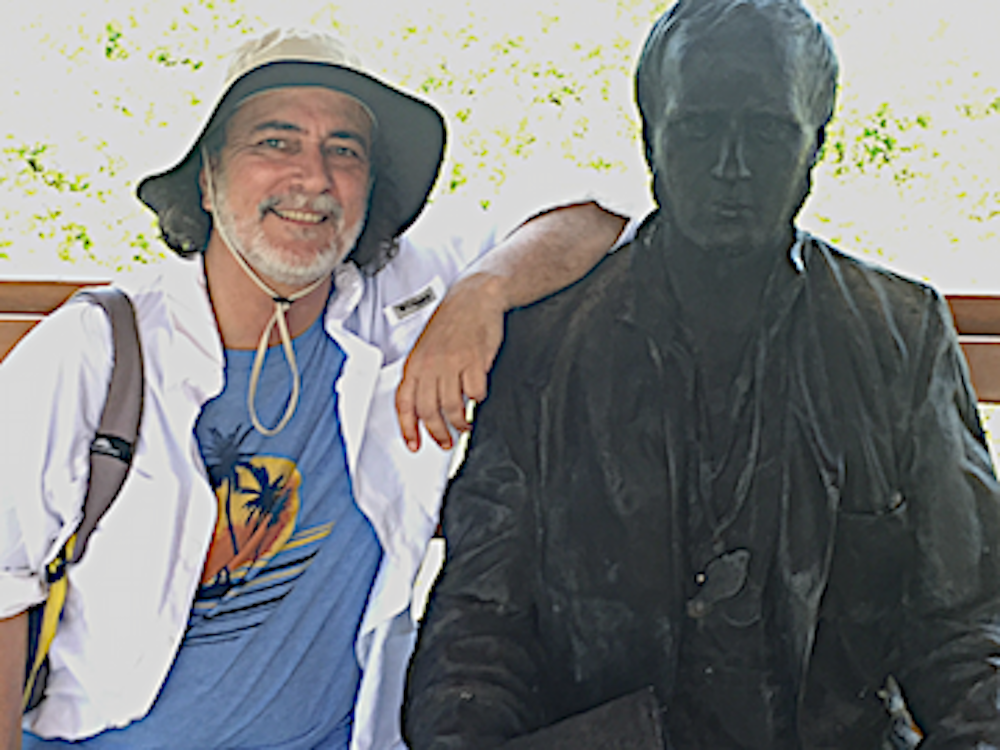 David Pleins, adjunct professor of religion and philosophy, with the statue of Charles Darwin. 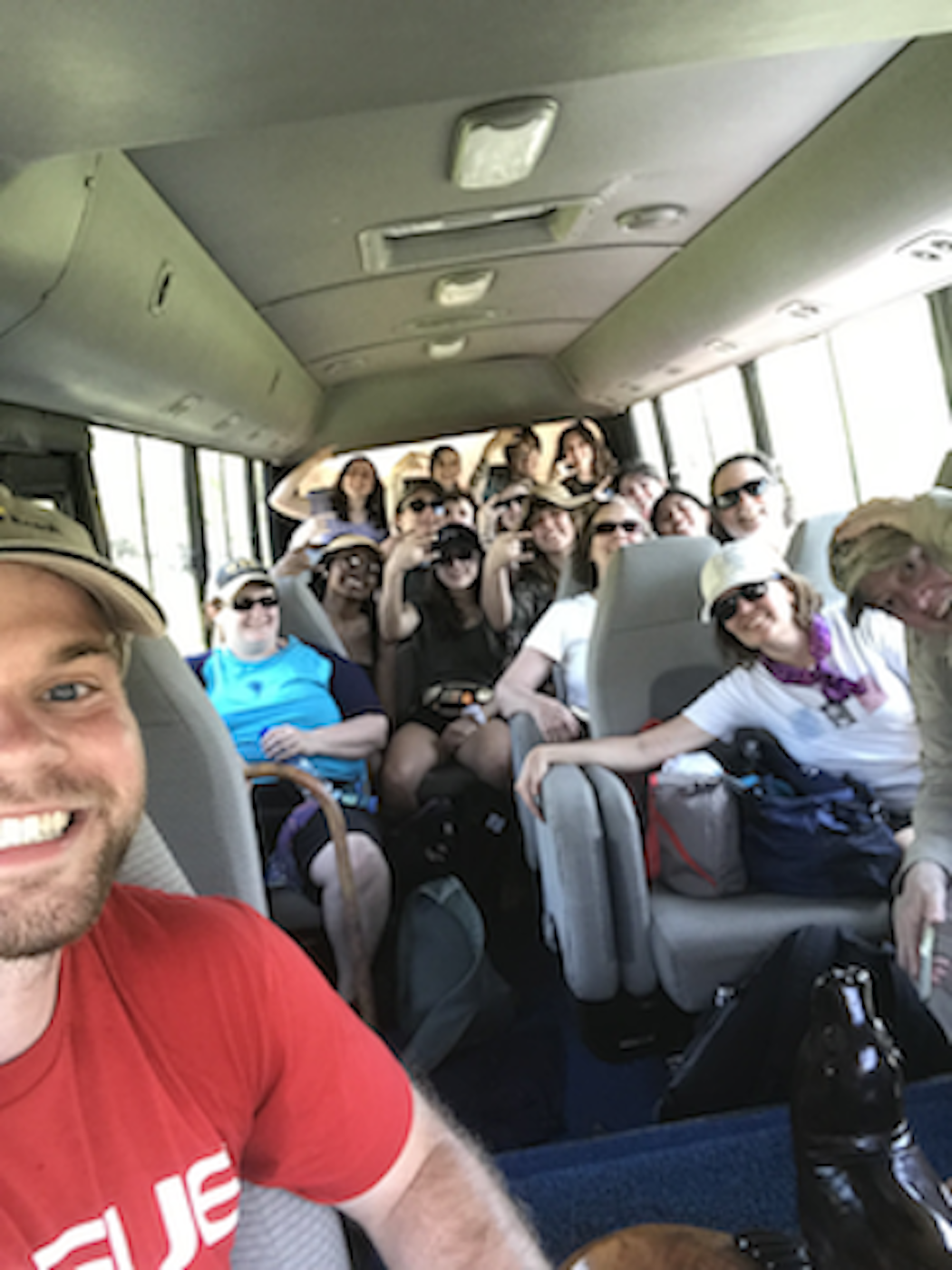 UTC students on the bus. 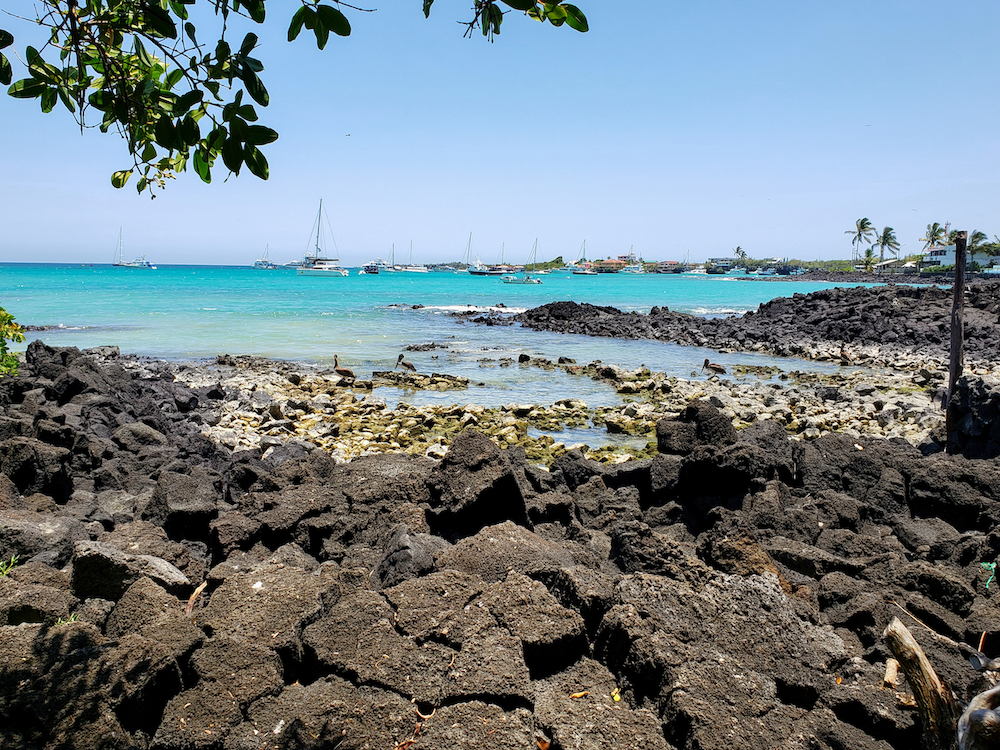 Sailboats dot the blue waters off the coast of the Galapagos Islands. 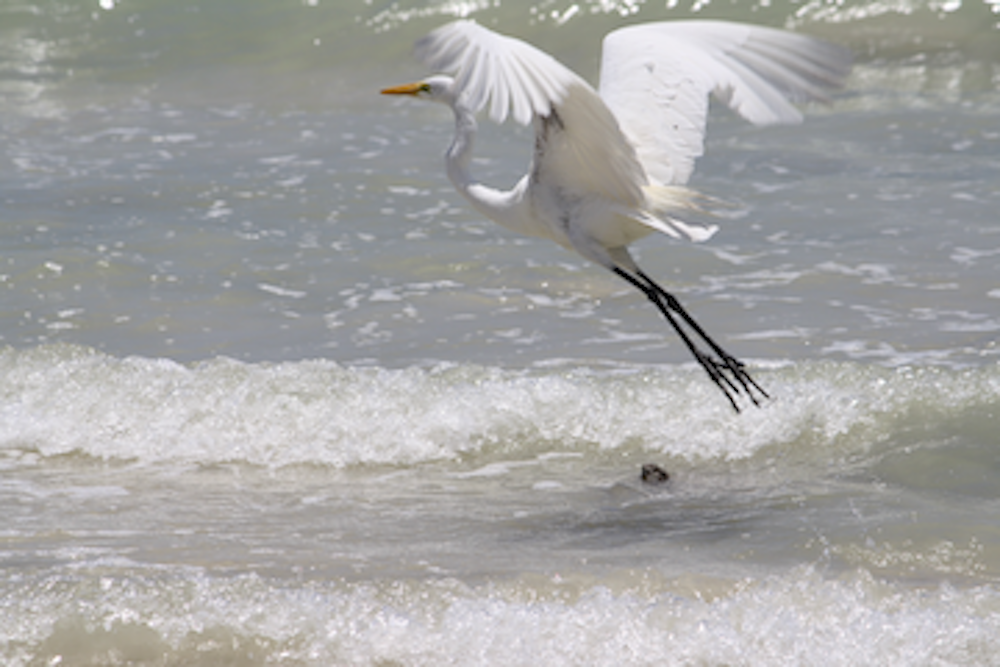 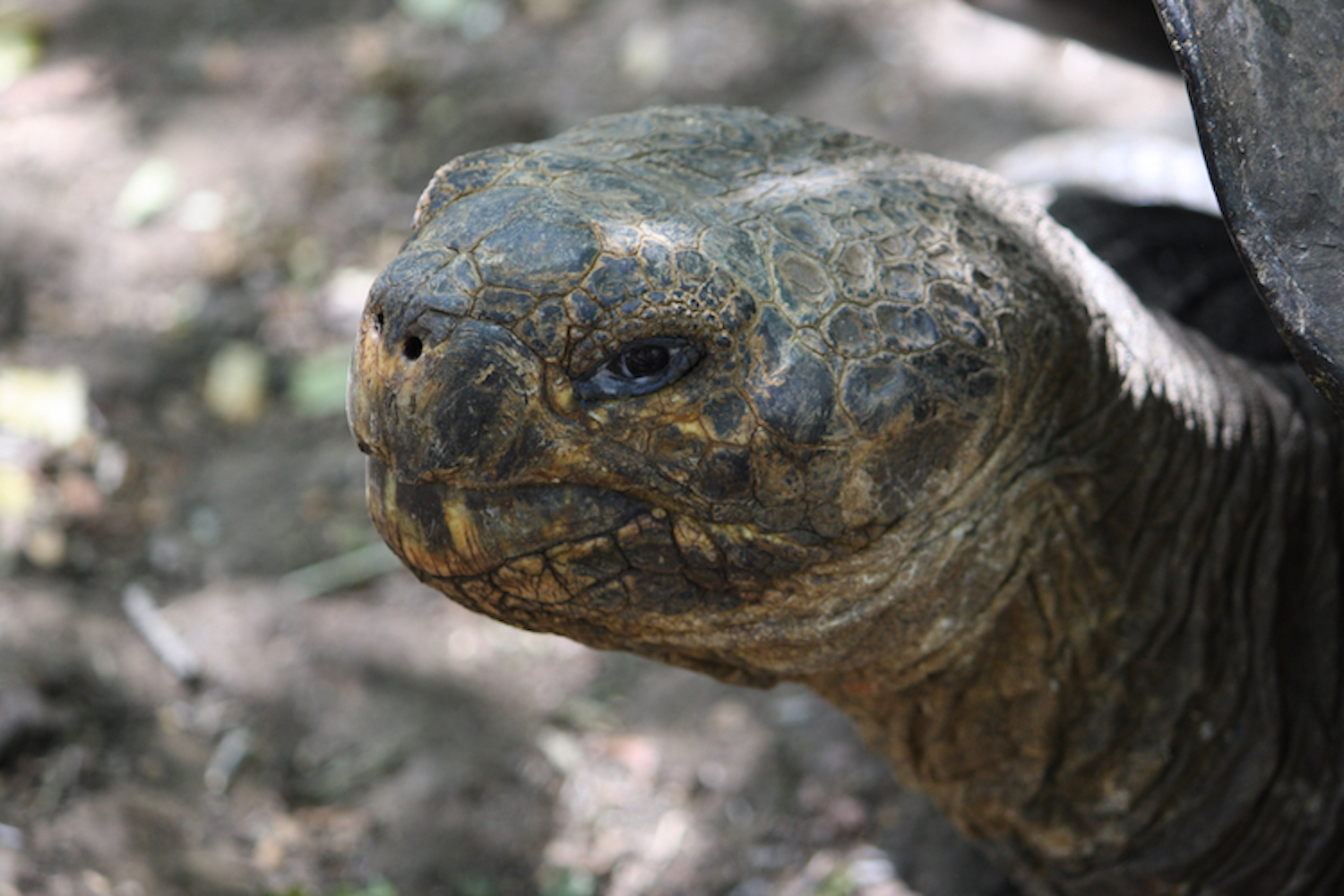