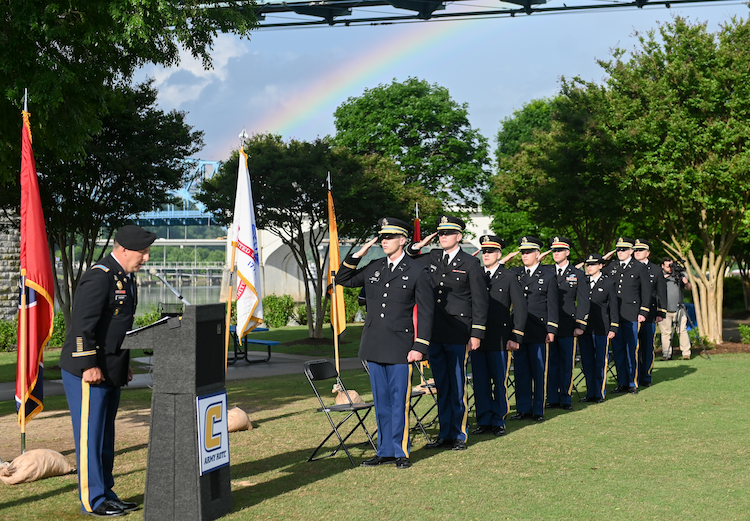 On May 3, eight ROTC cadets from UTC earned their commissions into the U.S. Army as second lieutenants.

At the ceremony, which took place in Coolidge Park on the Riverfront, three of the cadets were Distinguished Military Graduates, which means they were in the Top 20 percent of all senior ROTC cadets of every program in the nation.

Crystal Murray earned honors as the top Army Nurse in 7th Brigade of U.S. Army Cadet Command, ranking her as the No. 1 nurse out of all nurses in Tennessee, Kentucky, Michigan, Ohio and Indiana.

The eight now head to Officer Basic Course, an Army ROTC program designed to teach them how to be an officer in general. The UTC group has three infantry officers, two ordinance officers, one in military intelligence, one Army nurse, and one aviator.