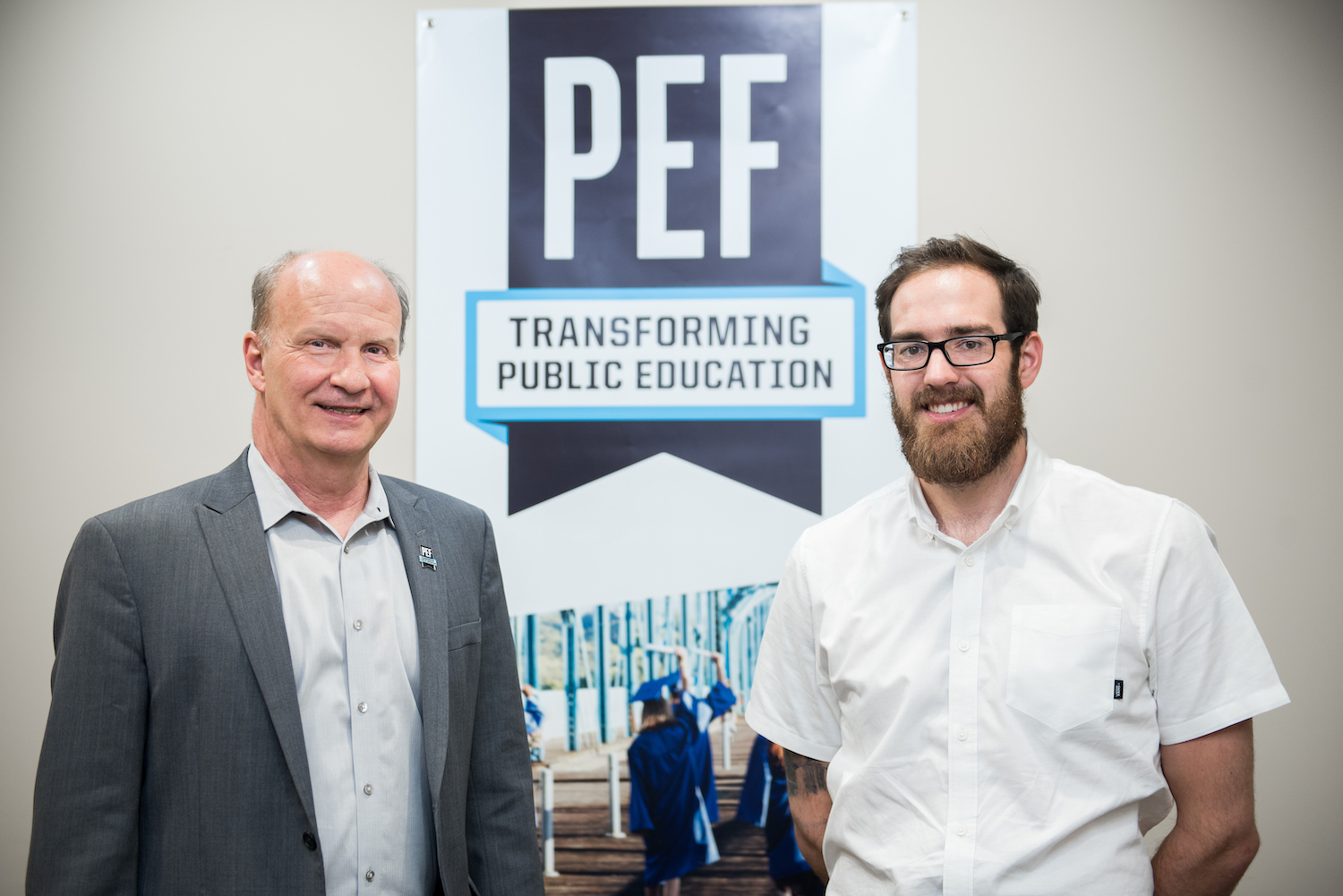 Tim Barczak thought he would head into the business world in 2015 when he graduated from UTC with a bachelor’s in economics and finance.

When he returned for an MBA in 2017, he had changed his mind and concentrated on the Gary W. Rollins College of Business’s new data analytics program. After earning his MBA from UTC in May, however, he plans to pursue a Ph.D. in educational history and philosophy.

Barczak’s career path may appear to veer this way and that, but it’s all connected in a sensible pattern. A key piece of that puzzle is a research project he and two other MBA students worked on last spring to help predict the success rate of high school students once they enter college.

“One of the greatest things about the class last spring was that it wasn’t just an isolated event where you’re doing this study for a class and no one is ever going to look at it again,” he says.

The project, funded by a Gates Foundation grant administered through the Public Education Foundation (PEF) in Chattanooga, took data from Hamilton County schools and, using the parameters of GPA, attendance records and behavioral infractions, got an idea of whether a high school student had a good chance of succeeding in college—or not. The fact that the research could immediately affect the lives of real human beings was exciting to Barczak.

“When you have the opportunity to do that and work on a program that has real-world outcomes, you have to take off your own hat and put on the hat of someone else,” he says, adding that working on the study is the reason he wants to pursue a doctorate in educational research.

“I don’t think I would be able to dive into that research and take that point of view without having that experience,” says Barczak, who has worked at PEF for the past several months, analyzing data that is specific to high school students who enroll at UTC.

“Tim did extraordinary work last spring, and we did everything we could to recruit him to PEF,” says Dan Challener, president of the PEF.

The project’s roots go back a year or so when Hemant Jain, the W. Max Finley chair in business, free enterprise and capitalism at UTC, was approached by PEF. “They were looking for expertise in data analytics at that time, so I proposed to them that we teach an MBA course in data analytics,” he says.

Using the Hamilton County schools’ data, the three MBA students compared it with data from the College Board, a national nonprofit that tracks success rates of students who’ve just entered college.

“What the College Board data tells us is which kids went to college, which college they went to and whether they survived their first year and their grades,” Jain says. “Whether they move to second year or not is important because, as you know, a lot drop out in first year.”

Challener says that, “Under Dr. Jain’s expert guidance, the students have done work that is immediately useful to teachers and counselors in our most challenged high schools.”

Eventually focusing on four Hamilton County high schools—Brainerd, Howard, East Ridge and Tyner Academy—the UTC students essentially created a spreadsheet, known as a dashboard in data analytics circles, that tracked individual students and notes their attendance record, the number of behavioral infractions and GPA. The students’ names are private and never released to the public.

The goal is give these “dashboards” to every school in the county so they can keep up with their own students. An advisor can use these tools to help students who may seem to be behind the eightball when it comes to going to college.

“So for this student, maybe they’re getting in trouble too much and have a low GPA,” Barczak says. “That doesn’t mean they can’t go and succeed because we’ve seen people with data that go to college and succeed. But an advisor can say, ‘These are the things you need to focus on.’