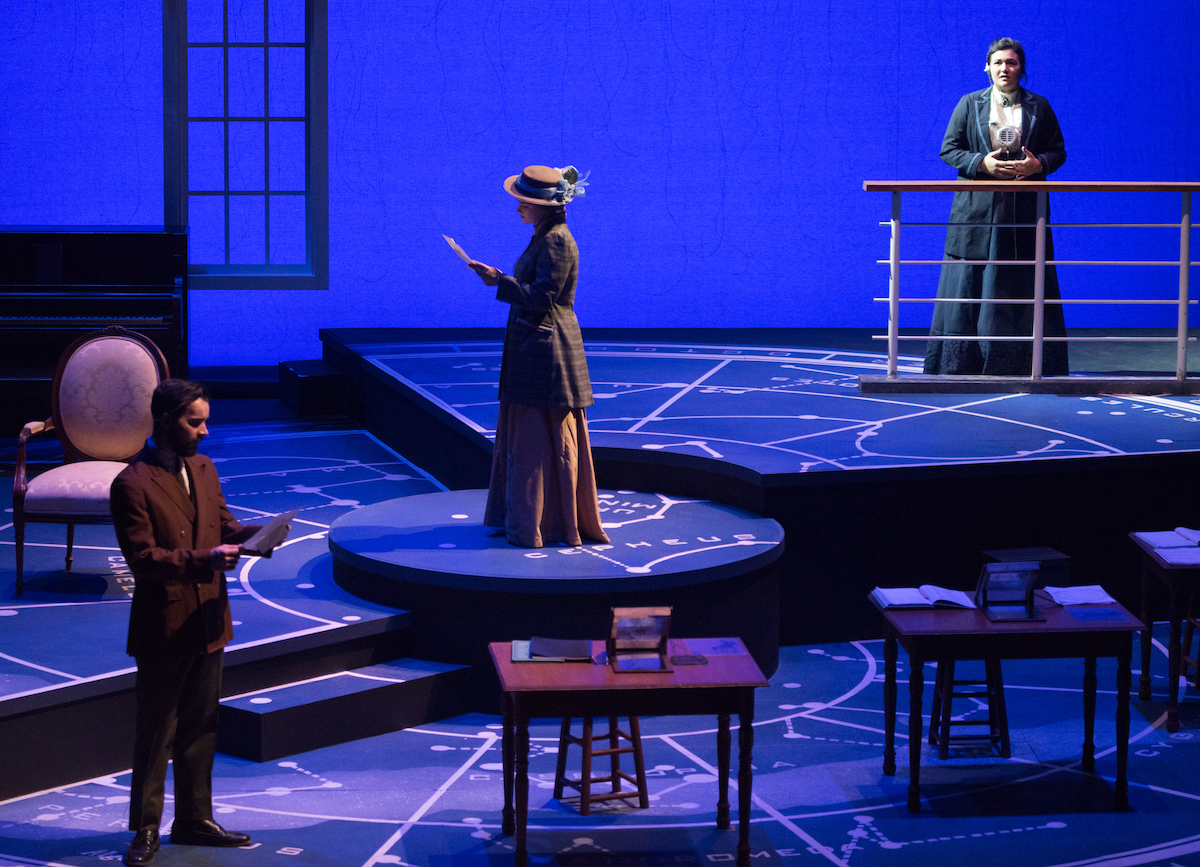 Theater, like this UTC production of “Silent Sky,” is one of the focuses of the new arts education initiative in Hamilton County schools.

To see the locations of other Ensuring the Arts for Any Given Child initiatives, go to: https://bit.ly/2M2ym6a

According to answers from more than 1,100 teachers and administrators in Hamilton County schools:

Laurie Melnik Allen says her high school theater classes not only were a crucial part of her education, they were instrumental across her entire life.

“It opened me up to make sure I learned everything else that I needed to be a well-rounded individual,” says Allen, director of the Southeast Center for Education in the Arts at UTC.

Her belief in the power of art is one reason Allen is excited about the new Ensuring the Arts for Any Given Child initiative, which officially begins this week in Hamilton County schools. The county is one of only 26 locations in 23 states across the country to participate in the initiative, which is sponsored by the John F. Kennedy Center for the Performing Arts in Washington, D.C.  Florida, Iowa, Oklahoma, New Jersey, Oregon, Montana, Ohio, Alaska and California are some of the other states involved in the initiative.

The Southeast Center for Education in the Arts will be one of the ongoing partners in the education effort in the Chattanooga area, which is expected to last for many years.

The end goal is to bring the same level of arts education — theater, visual, dance, music — to students across the system. Standard subjects such as math, English, science and social studies are the foundation of education, but the arts are “the glue,” Allen says.In the beginning, much of initiative’s focus will be on kindergarten through eighth grade in schools that don’t currently have art classes or offer very few.

“This is not a program; it’s a marathon,” Rodney Van Valkenberg, interim president of ArtsBuild, one of the partners in the initiative, told a group of teachers, school administrators, government officials and local artists on Monday, Aug. 5, during the kickoff event for the initiative.

Invited by Van Valkenberg to be part of the initiative’s eight-month planning process, Allen gathered surveys from more than 1,100 teachers—both are an otherwise—school administrators and local artists to determine what arts education already is taking place in the school system and what is missing.

The fact that so many people responded to the survey shows “there’s a strong hunger to bring more art to the students,” Allen says. “We can confidently say this really does represent our community.”

With survey results in hand, a yearlong “visioning” process now begins in which members of the community, including students, parents and the general public, will discuss ideas on how to improve arts education in county schools.

The collective effort will determine which direction “to move the needle and what needle do we need to move,” Allen says. “To decide where the seeds get planted first.”

Tagged with: Laurie Melnik SCEA. Southeast Center for Education in the Arts