Ana Rodas: Nothing is going to keep her from the kids 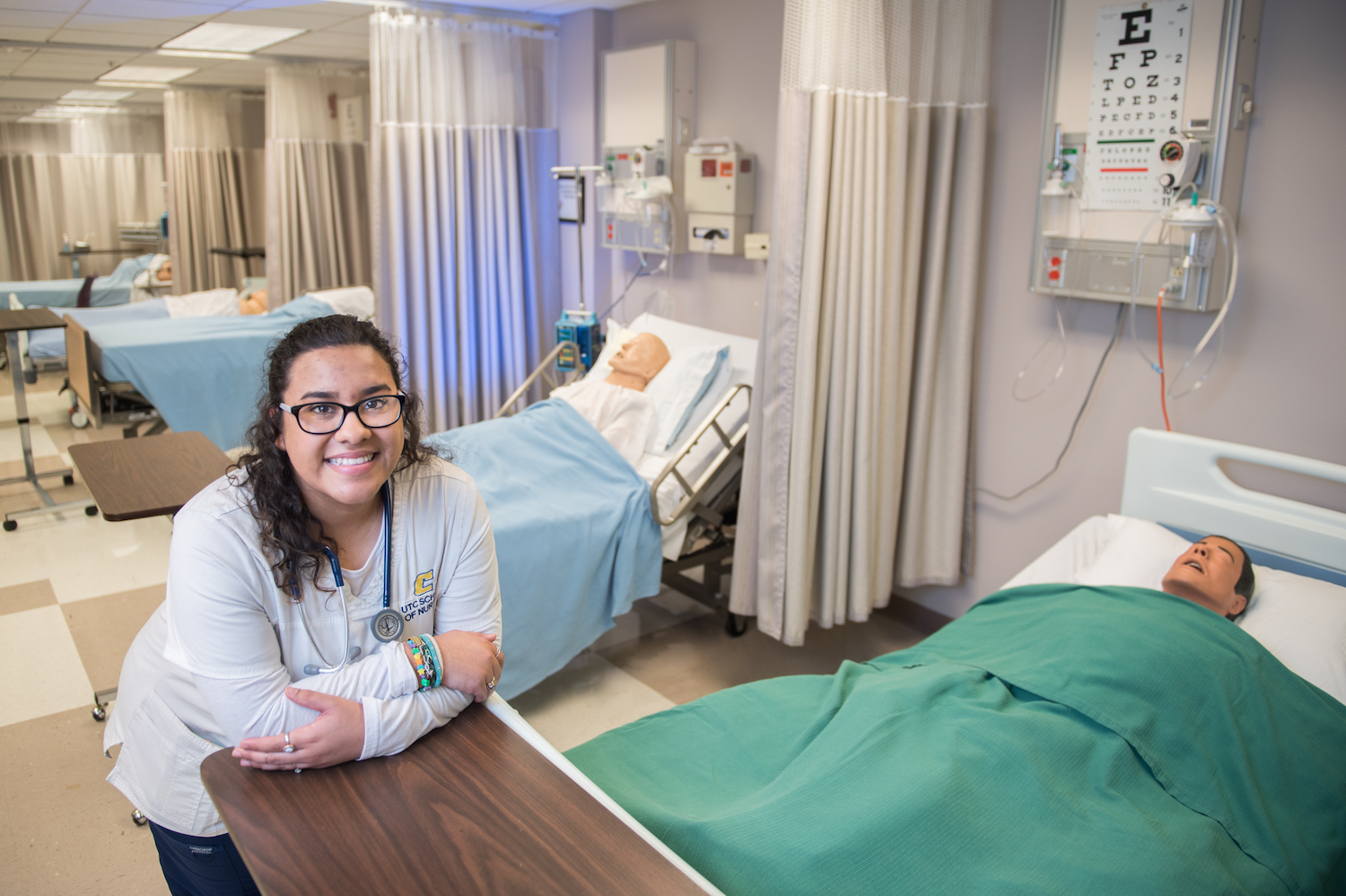 After graduating on Saturday, Ana Rodas starts her full-time job at Erlanger Hospital on Monday.

A moment that almost didn’t happen will not be a moment too soon when Ana Rodas begins her professional nursing career two days after commencement.

Rodas has wanted to be a nurse since her junior year at Nashville’s McGavock High School, where she was a strong student with more than her share of honors and recognition. Not only did Rodas discover her heart for service while on a mission trip to Ecuador that year, her mother had long dreamed of becoming a nurse but never had the chance.

Her mother “gets to see her dream fulfilled through me and my older brother, who is an athletic trainer,” Rodas said. “She says both of her children are going into the field she would have chosen.”

Instead, her mother’s work has meant waking every day at 4 a.m. to begin a job she works until 4 p.m. Several evenings a week, she then has worked another four to six hours at a second job.

“She has worked at least two jobs for as long as I can remember,” said Rodas, who came to the University of Tennessee at Chattanooga with the confidence of a high school honor student, tempered by a healthy respect for the academic rigor of college.  Good grades followed her through freshman year and general education classes.

“I had friends freaking out about the major they had picked. Will I really be able to get a job with this degree? Will it be something I want to do?” Rodas said. “It was like all these endless, uncertain possibilities for them, but for me there was a sense of security that I knew exactly what my degree was going to do for me, and that I knew I was going to be a nurse.”

Midway through her sophomore year came the first semester of nursing school. Rodas was surprised at her struggles with a nursing fundamentals course. She made fair to average scores on weekly quizzes and a passing grade on the final exam. However, she did not pass an additional, nationally standardized test of the course material.

She was stunned by failing the course. And because of the course sequencing, her progress through the nursing curriculum was halted.

“I cried—forever, it felt like,” she said. “Then I started hearing the lies in my head of, ‘You’re stupid. You should have never made it this far. You don’t belong here.’”

Then there was having to tell her mother.

“I called her because I wasn’t sure I could have that conversation face-to-face. I didn’t want to see her reaction,” Rodas said. “I was scared of her saying she was really mad at me, disappointed, angry. Like, ‘Why did you let this happen? You should have worked harder.’

Figuring it out is something Rodas worked on at a summer job at a youth camp.

“I thought a little about quitting. Like, ‘If I quit nursing now, I’ll still be a quitter, but I can move on to something else and graduate. If I still end up with a degree, does it matter that I quit nursing school?’

“A lot of people told me if I knew exactly what I wanted to do that’s not nursing, go for it, but that if I didn’t, then stick with nursing.”

She gave herself a year to decide. Back at UTC in the fall, she got to tell and retell friends from her original, 39-student nursing group that she would now be at least a semester behind them. And why.

“It was difficult,” she said. “It’s not the kind of thing I’m going to share with everybody all at once with a post on social media—’Hey! Guess what? I’m back in first semester of nursing school again!’

She repeated the failed course, this time successfully. The other courses didn’t get easier, but she was getting through them. Then came 12-hour hospital shifts. Next thing Rodas knew, she was back in her groove, working hard, making the grade.

“My adviser told me not everyone could come back from what I’d been through and get to where I was, so that helped keep me going,” Rodas said.

The next semester, she was working in a clinical setting with children. “I thought that was—finally—the fun semester. I decided nothing was going to keep me from being with kids. I set goals for myself. I studied hard.”

And the hard work is about to start paying off—literally. On the first Monday after commencement ceremonies, Rodas gets to be with kids from Day 1 at her nursing job in pediatrics at Erlanger Hospital.

“Every single semester since that bad one, fear of failing followed me, but it’s made me better,” she said. “It got my attention and took my academic ego down a few notches. Because of it, I don’t take anything for granted.”

That includes the “support system” of family, friends and faculty who have encouraged and enabled Rodas to achieve her dream. And the dream of her mother—to see her daughter finish college.

“My mom has worked so hard for my brother and me and at multiple jobs so that we can graduate without debt,” she said, “but for me, one of the very best things about getting my degree will be giving my mom the incredible pride I know she will have.”

1 Comment » for Ana Rodas: Nothing is going to keep her from the kids