by UTC Communications and Marketing March 13, 2020 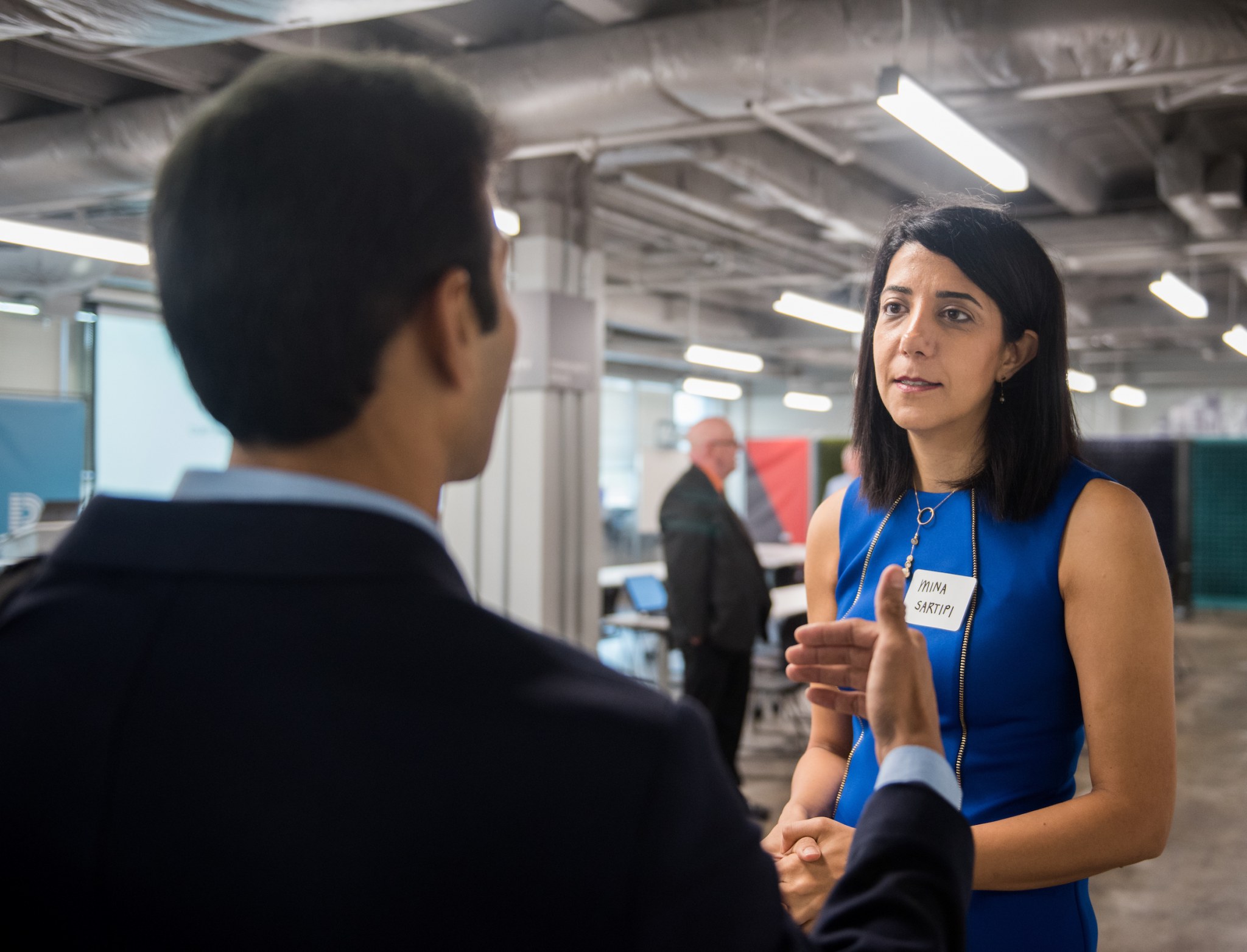 CUIP Director Mina Sartipi is also a UC Foundation professor in the Department of Engineering and Computer Science at UTC.

Researchers at UTC are creating a computer model that can predict where traffic accidents will happen, and the project has been selected as a winner in the International Data Corp.’s Smart City North America Awards.

Chattanooga and Hamilton County were named as the winner in the Police and Law Enforcement category for the “911 Project,” which has been spearheaded by UTC’s Center for Urban Informatics and Progress (CUIP), a member of the Chattanooga Smart City Collaborative.

“I’m extremely proud of our students’ research. It serves as another step toward a safer future for everyone and continues Chattanooga’s growing reputation as a hotbed for smart city research,” said CUIP Director Mina Sartipi, also a UC Foundation Professor in the Department of Engineering and Computer Science at UTC.

Projects recognized by IDC were selected for their contribution to progressing smart city initiatives in North America. Thirteen cities in the United States and Canada were represented among the winners.

EPB, Chattanooga’s municipally-owned utility, provides the community-wide fiber-optic network and infrastructure that allows datasets of this size to be processed quickly and efficiently. Research is being conducted in collaboration with the Chattanooga Police Department and is intended to be used primarily by their officers.

“We’re proud to have research like this being done in Chattanooga,” Chattanooga Mayor Andy Berke said. “Recognition of this work by IDC speaks volumes about the impact this work has on our city, as well as other future-focused cities around the country.”

The predictive model allows the city police department to allocate officers more efficiently, arrive at accidents faster and reduce the number of roadway accidents, a number that has risen in recent years in Tennessee. CUIP is planning to expand the project to include roadways that are outside of the city limits, such as the surrounding interstates and country roads.

“Creating a safe, happy, and healthy place to live is crucial to us,” Hamilton County Mayor Jim Coppinger said. “CUIP’s research aligns with our mission, and we’re excited to continue working with them to make Hamilton County a safer place to drive.”