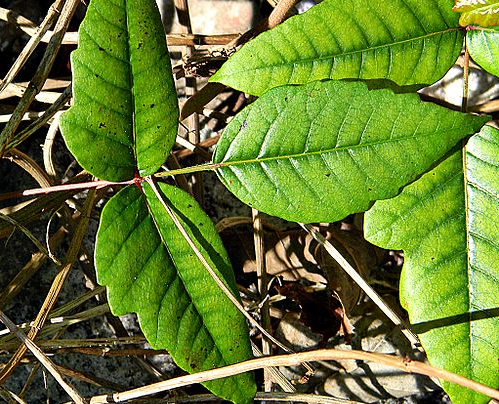 For most of the week, the No. 1 species sent in was poison ivy but, by the time it was all over, Christmas Fern was in the top spot.

“Looks like we all need to do a little gardening and poison ivy thinning in our yards,” jokes Joey Shaw, UC Foundation professor in biology, geology and environmental science at the University of Tennessee at Chattanooga.

Each year since 2017, Shaw has been in charge of the Virtual Spring Wildflower Pilgrimage. The event brings experts to the Great Smoky Mountains National Park, where they lead about 200 events, including trail hikes into the park searching for everything from wildflowers and other plants to birds, bugs, snakes, salamanders, even signs of bears and boars, Shaw said.

“We try to do topics connecting scientists to the public. They know their stuff but also can relate to the public,” explained Shaw, whose expertise is plants.

But this year—the 70th annual pilgrimage—the coronavirus has stuck its ugly head into the process and the event is strictly online. Even so, it has attracted the most participants he’s seen since he took over managing the event, Shaw said.

“To have 300 people is really incredible,” he said, adding that the number of species observed are “really insane numbers when you think about it.”

For participants in the pilgrimage, the job is simple. “You don’t know how to do anything but take a picture with your phone,” Shaw said.

Take a shot of something that interests you, send the photo to the event’s website and an expert will look at it. If it’s a plant, for instance, Shaw will ID it, then put the photo on the website for all to see and learn.

The photo also will ID where the plant was seen, but don’t worry. If it’s an especially rare plant or one that people might want to pick and take home—ginseng, for example—the actual location is hidden.

Participants and experts also can have ongoing conversations on the website to get more information about what they’ve seen, he added.

And you can never predict what will be in the photos. One observer found a big, writhing pile of snakes and sent it in. The snake expert said it was basically a wild reptile party.

“It was whole bunch snakes in breeding pile,” Shaw said. “Males fighting over a female.”