Tom Paden says ‘Window in the Wall’ offers a message of unity, hope 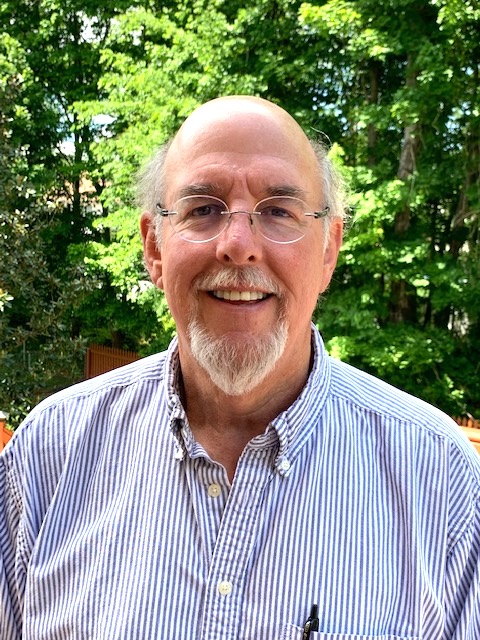 Tom Paden’s cousin had a question:

Would it be OK to pitch his song, “Window In the Wall,” to a woman who might want to turn it into a duet with her daughter?

A songwriter in Nashville, Paden figured he’d already pitched the song to about 150 singers, producers, record labels and publishing companies since penning it about seven months ago with his writing partner. His cousin lives in Bremen, Georgia, a town west of Atlanta near the Alabama state line. Population: About 6,500. Not exactly a major hub of the music business.

“I was sitting there thinking, ‘You know, I’m down to some gal and her daughter from Bremen who probably can’t sing,’” said Paden, who graduated in 1980 with a bachelor’s degree in business from the University of Tennessee at Chattanooga. “So I’m like, ‘You know, at this point, whatever. If they want to record the song, that’s fine. I’m done.’”

His cousin gave the woman Paden’s phone number and a few months later—it happened to be Oct. 13, his birthday—his phone rang. On the other line was the woman who’d been sent the song. Her name was Olivia.

“She was lovely. She was sweet, humble,” Paden recalled. “She asked, ‘You don’t want to get a big country artist to sing this song?’ and I said, ‘No, are you kidding? You’re Olivia Newton-John.’”

So Newton-John and her daughter, Chloe Lattanzi, recorded “Window in the Wall” as a duet. It was released Jan. 22 and now is available on Spotify, iTunes, YouTube and elsewhere online. Since then, the pair have been on Entertainment Tonight and The Today Show and interviewed for People.

“This beautiful song touched my heart from the first line and, although I had no plans to record again, the song compelled me to sing it, as the message is so important,” Newton-John said.

From 1973-1981, Newton-John released 15 Top 10 hits—including seven straight No. 1s on the Adult Contemporary charts—and won three Grammy Awards for her singing. In 1978, she starred in the movie musical Grease.  But a couple of years ago, she received her third breast cancer diagnosis and essentially quit the music business. “Window in the Wall” brought her back.

It talks of seeing and respecting another’s point of view, even if it’s different from yours. It spoke to me of love and compassion and forgiveness,” she said.

That’s exactly the message Paden and his songwriting partner, Eddie Kilgallon, were hoping would be heard in “Window In the Wall.”

“We’re living in such a world now. You’ve got not only the politicians, and they can’t agree on whether the sky is blue. Then you’ve got people and their relationships, and you’ve got countries fighting against different countries. The whole song is about bringing together and listening and seeing both sides and then looking for the window in the wall,” said Paden, who has written more than 600 songs, including ones sung by George Strait, Kenny Rogers, Faith Hill, Aaron Neville and Tammy Wynette.

“Window in the Wall” was written in 2016 by Paden, Kilgallon and Tajci Cameron, a Croatian singer who needed a song for her performance on the Eurovision Song Contest, basically the American Idol of Europe except singers bring their own songs. The first version of the song focused on relationships, but in June 2020, Paden had been watching the turmoil in the States with the Black Lives Matter protests, the nationwide liberal vs. conservative battles and the general and frightful sense of unrest. “Window In the Wall” popped into his head, Paden said.

“I called up Eddie and said, ‘We need to rewrite that song. I’m talking about a world version and I’ve got the first line: ‘Has this world forgotten how to love’?’”

Tagged with: olivia newton-john tom paden Window in the Wall