Renovations to Stophel Apartments near completion 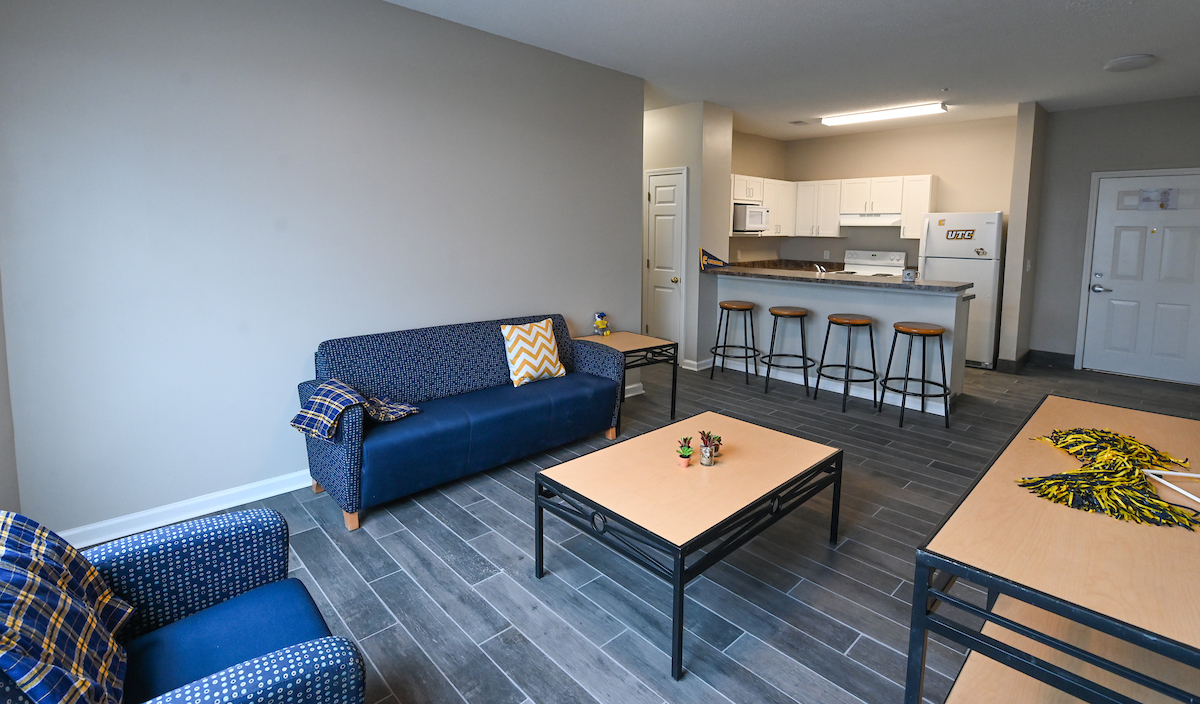 New furniture, appliances and flooring are part of the renovations to Stophel Apartments.

Nearly 25 years ago, visionaries looked both ways and crossed the street. It was a decision that changed the landscape of the University of Tennessee at Chattanooga.

Back in the mid- to late 1990s, UTC was known as a 9-to-5, Monday-to-Friday commuter school. With only a handful of residential housing options, the campus was a virtual ghost town every weekend.

The University didn’t seem ripe for any sort of expansion. Directly west of campus sat downtown Chattanooga. To the north, the Tennessee River and a trio of cemeteries. To the east, the historic Fort Wood neighborhood.

But on the south side of McCallie Avenue, just across from the University, was a declining neighborhood. Future-thinking UTC leaders envisioned an opportunity for growth by crossing McCallie and—after pitching the idea to the University of Chattanooga Foundation—buying land to build student housing.

The investment and collaborative risk taken by the UC Foundation and UTC changed the trajectory for the institution. Thanks to philanthropy, generous donations allowed for the construction of the Scott L. Probasco Jr. South Campus, a 1,683-bed, five-apartment student housing complex.

Building the South Campus complex was a gamechanger, literally and figuratively, for growing the University. The substantial upgrade in campus housing options became an effective recruitment tool for increasing enrollment. Just as important, it became a focal point in changing the culture, transforming UTC from commuter school to a lively, seven-day-a-week campus.

Besides expanding housing for out-of-town students, most notably from the Memphis and Nashville metropolitan areas, UTC became an institution of choice for local students who wanted to live on campus and get the total college experience.

UTC enrollment has gone up from about 9,000 to 11,700 since the early 2000s, in part thanks to the opening of the five South Campus residential apartment complexes—Decosimo, Guerry, Stophel, Walker and UC Foundation—from 2001-2004. The three- and four-story structures provide apartment-style living and comprise nearly 47% of today’s UTC on-campus bed spaces.

But those buildings were constructed 20 years ago, and the realities of time come into play. Once again, UC Foundation philanthropy is paving the way.

“When I was a student back in the day, the dorms and the apartments that I stayed in weren’t anywhere close to as nice as what we’ve done with these apartments on South Campus,” said Mike Costello, chair of the UC Foundation and UTC graduate with a bachelor’s degree in business administration in 1975 and a master’s of accountancy in 1996, both from UTC.

“What happened subsequently over the years is the buildings deteriorated,” said Costello, leader in litigation, fraud and forensic services at the accounting firm of Elliot Davis. “When the foundation realized that it needed to step up and do renovations, it was a big ticket, but we came up with a way to finance it. We figured out a way to make it happen because it was the right thing to do.”

A 1973 graduate of the University, Roger Smith chairs the UC Foundation’s real estate committee and is a member of the first UTC class to have spent all four years on the campus after it became a public institution before the start of the fall 1969 semester.

“About four years ago, the real estate committee decided we needed to do something about upgrading these apartments so they could last through our bond obligations. They were getting pretty rundown and routine maintenance wasn’t getting it done anymore,” said Smith, a retired vice president of BB&T Huffaker Insurance. “I don’t know of any other university foundations that own this kind of real estate. When you own real estate, you have to maintain it.”

The renovations should give another 15 to 20 years of life to each of the buildings. The total project has a total cost of $40 million.

“We were overwhelmed at first when we looked at the price tag, but we did it because we want to make it a safe and exceptional place for the students at UTC,” Costello said. “People expect the foundation to enhance the University and enhance the experience for the students, and that is being done as part of these renovations.”

Tyler Forrest, UTC vice chancellor for finance and administration, said the foundation should be recognized for modernizing those buildings.

“Properties are expensive to keep up, especially of that size, but their willingness to make that investment will undoubtedly pay off for this campus,” said Forrest, who as a UTC freshman lived in Decosimo—then known as the 2000 Building. “The work being done will create a nice ‘wow’ factor for students and parents as they come back to campus.”

Jennifer Greer, a partner at OakMae Development group, was brought in by the UC Foundation to supervise the renovations.

Over the last two summers, the Guerry and Decosimo apartments were fully renovated both internally and externally.

This summer, Greer is overseeing the overhaul of the third and fourth floors of Stophel, along with replacing the building’s roof. The lower two floors of Stophel are on the plate for the summer of 2022, including courtyard work.

Most of the apartments in Stophel, the largest of the South Campus complexes with 157 apartments and 582 bed spaces, have four private bedrooms and two bathrooms. The amount of time needed to renovate each unit during the limited timeframe of a summer semester makes it unfeasible to renovate all four floors at one time since access to those rooms didn’t start until May 10, Greer said.

“The contractors are kind of moving in a flow through each phase of the construction pattern, and it’s continuous from May to August,” Greer said.

“To keep things moving forward, we came in over winter break and evaluated every single inch, every corner of every apartment, to figure out what the needs were outside of what we see as the base scope such as any damage or repairs. Then we came in as the students were leaving to perform one last evaluation before the contractors started.”

The 80 Stophel apartments being worked on this summer are in various stages. Overall plans include removing all flooring and carpeting, reinstalling ceramic tiles, installation of new lighting, water heaters, appliances, air conditioning, repainting and kitchen and bathroom cabinets. Hallway lighting and carpeting will be replaced, while hallway walls will be painted before students return to campus.

“We are putting in products that we think are long-term use and good for the apartments and the students for the same timeframe,” Greer said. “And we have upgraded all the (Americans with Disabilities Act) disability rooms to have modern technology and the most current systems to accommodate students with special needs.”

When the incoming class of freshmen arrives at UTC for fall semester 2021, the students will comprise the inaugural class of Cohort 2025, a new approach to building community through groups based on their primary interests.

The Cohort 2025 project is so named to signify that the incoming freshman class will be the first to complete all four undergraduate years by 2025 as members of the same groups. Residential learning communities are one of Cohort 2025’s multiple elements.

“Every college on this campus will have a residential college. Then, within the residential college, they’re going to have living-learning communities, thematic housing that incorporates and enhances the students’ experience even further,” Mustafa said.

For example, as part of Cohort 2025, Guerry and Decosimo will serve as freshman buildings for the College of Arts and Sciences.

“When I first came to UTC, I wanted to know why the students came here,” Mustafa recalled, “so we did a move-in survey. We asked our students, ‘Why did you choose UTC?’ Housing was the No. 3 choice, behind majors and cost.

And you only have one chance to make the right impression with students, said Gary Thompson, director of facilities for Housing and Residence Life.

“A lot of students connect their residential living environment to wherever they went to school,” Thompson said. “When they become alumni and come back to homecoming and those types of things, they gravitate to where they used to live.

“Word of mouth is better than any printed thing you would ever need. So anything that we can do to enhance that living environment makes dollar sense in the bottom line and creates an opportunity for us to feed into their success and development. Having a nice environment to go and promote just means the world.”

When the University made the decision to cross McCallie Avenue, it also changed the viability and prosperity of the M.L. King Boulevard corridor and neighborhood.

After the addition to housing, UTC has made multiple south-of-campus acquisitions in recent years, including the Mapp Building, the 540 McCallie Building (the former Chattanooga State Office Building) and the Multidisciplinary Research Building (previously known as the SimCenter).

If there is any doubt that the development of South Campus made the south side of McCallie a more economically viable area, look around. Private builders continue to come in and build student-centric housing near those five complexes. M.L. King Boulevard is now the home of numerous sit-down restaurants, sandwich shops and stores.

“If you look in that corridor of town now, it really is a different place than it once was,” Forrest said. “Those five apartment buildings are the anchor to much of that development happening.

“A concerted effort by University and foundation leaders had the great vision to go and gradually develop those parcels. And I think what you will see with all the repairs and the maintenance that they are doing now will be a great refresh of the entire complex.”

While visionaries got the ball rolling two decades ago, today’s thinkers continue to look to the future of the campus.

Costello, whose tenure as UC Foundation board chair comes to a close on June 30, said the South Campus renovation project couldn’t have taken place without a host of people pointed in the same direction.

“This has been quite a collaboration, and I want to make sure everyone understands that,” Costello said. “You would think, ‘How in the world can all that happen with all the various personalities and goals?’

“Even though people might have competing goals, everyone knows that the main goal is to provide the best experience for the students at the University of Tennessee at Chattanooga. This collaboration has been an amazing experience.” 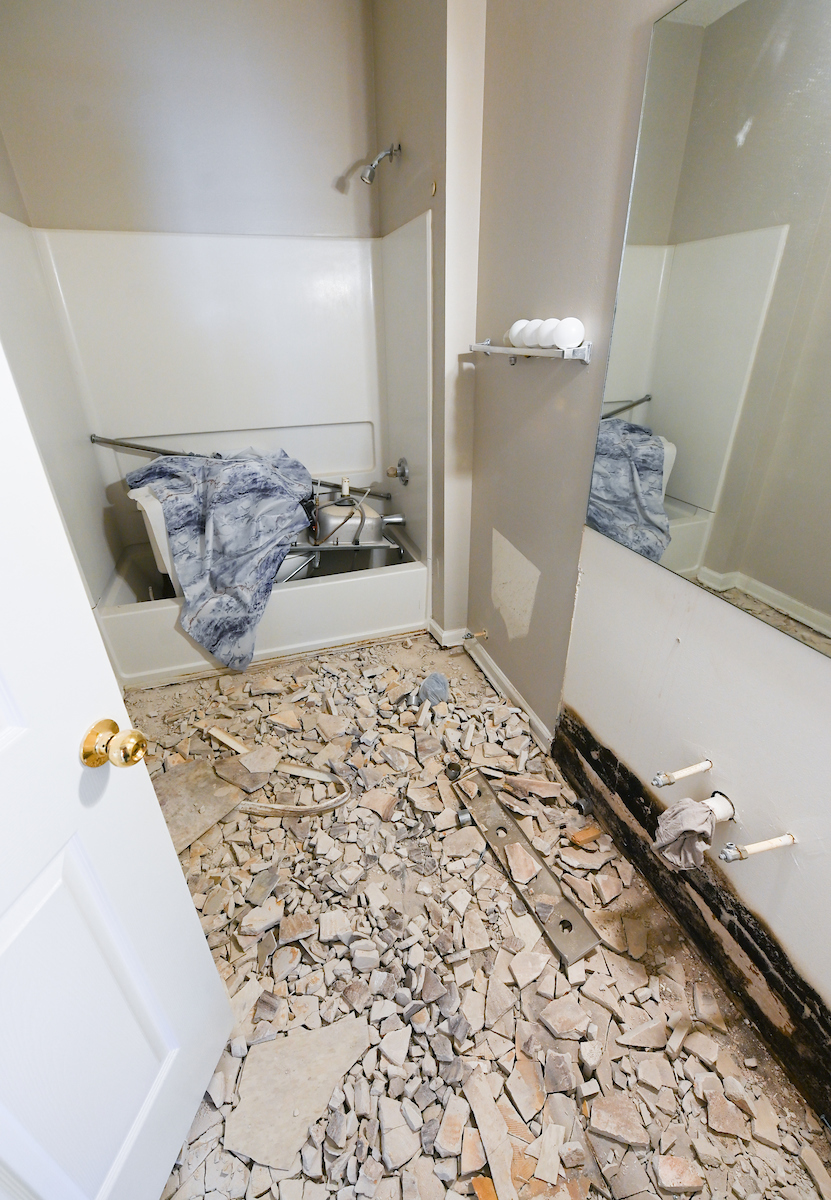 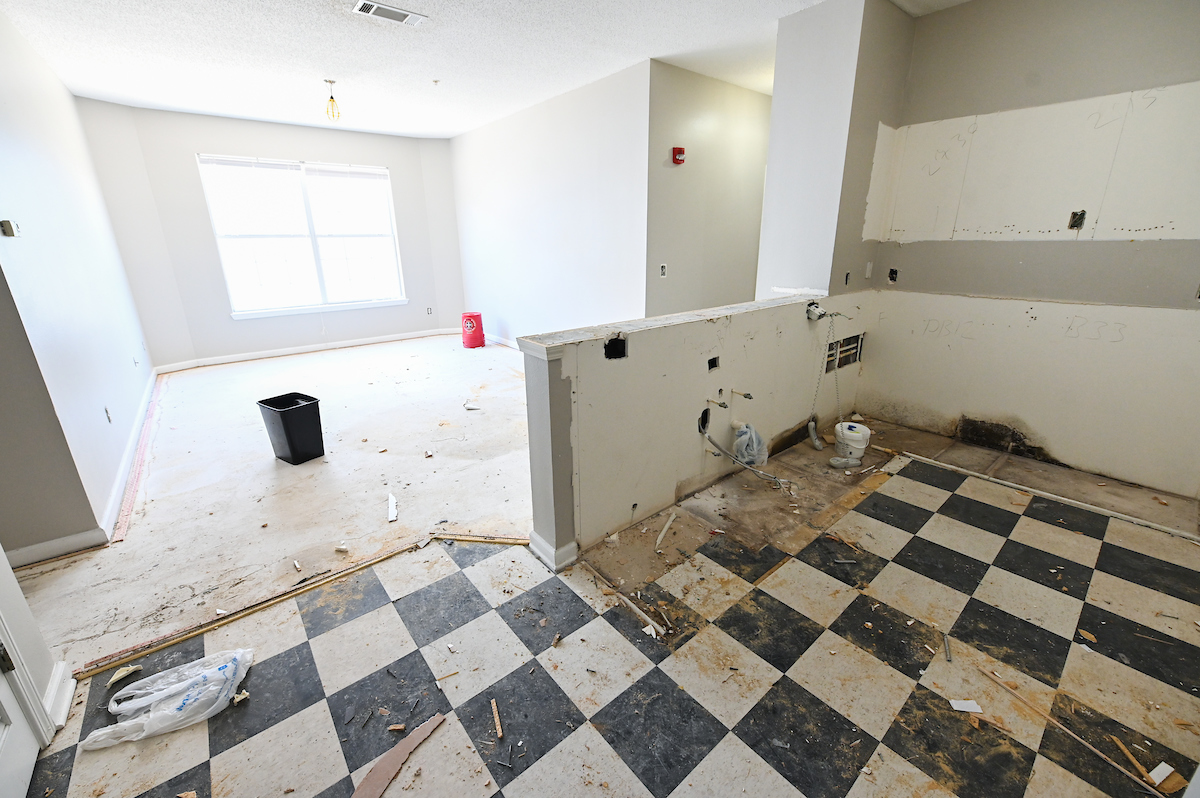 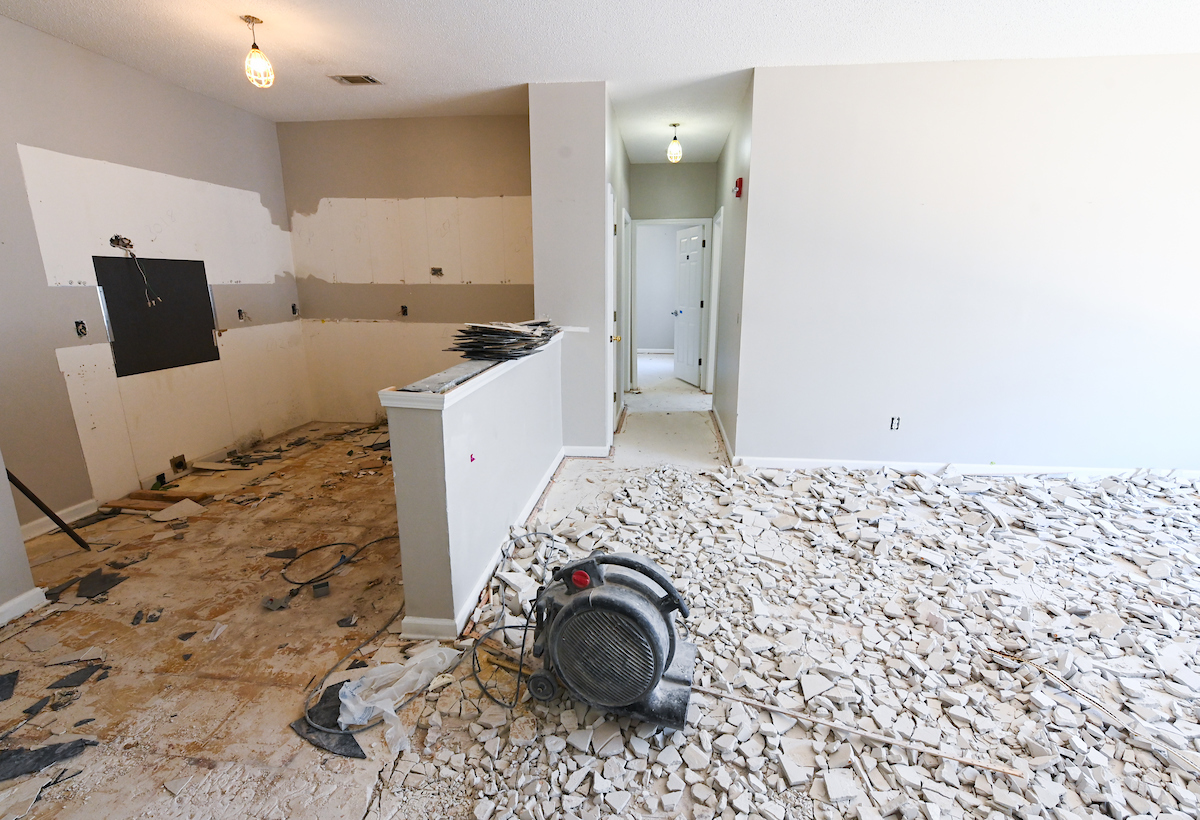 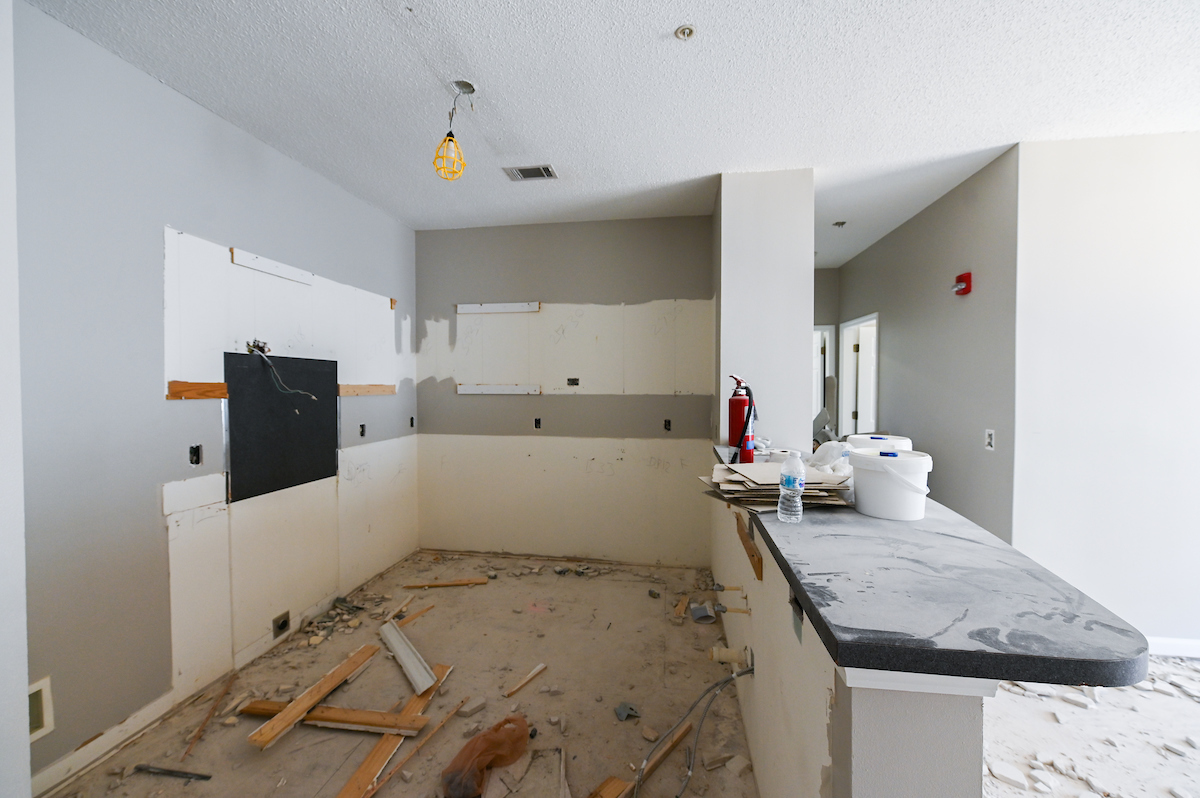 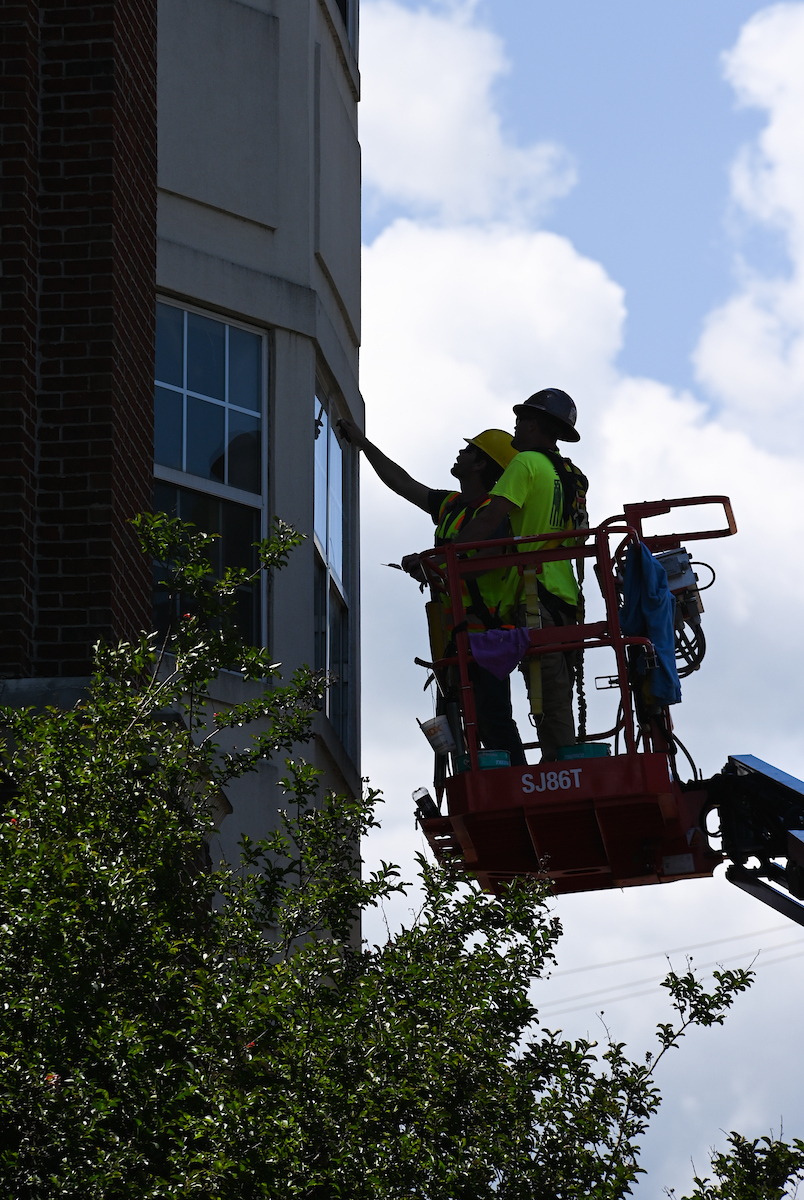 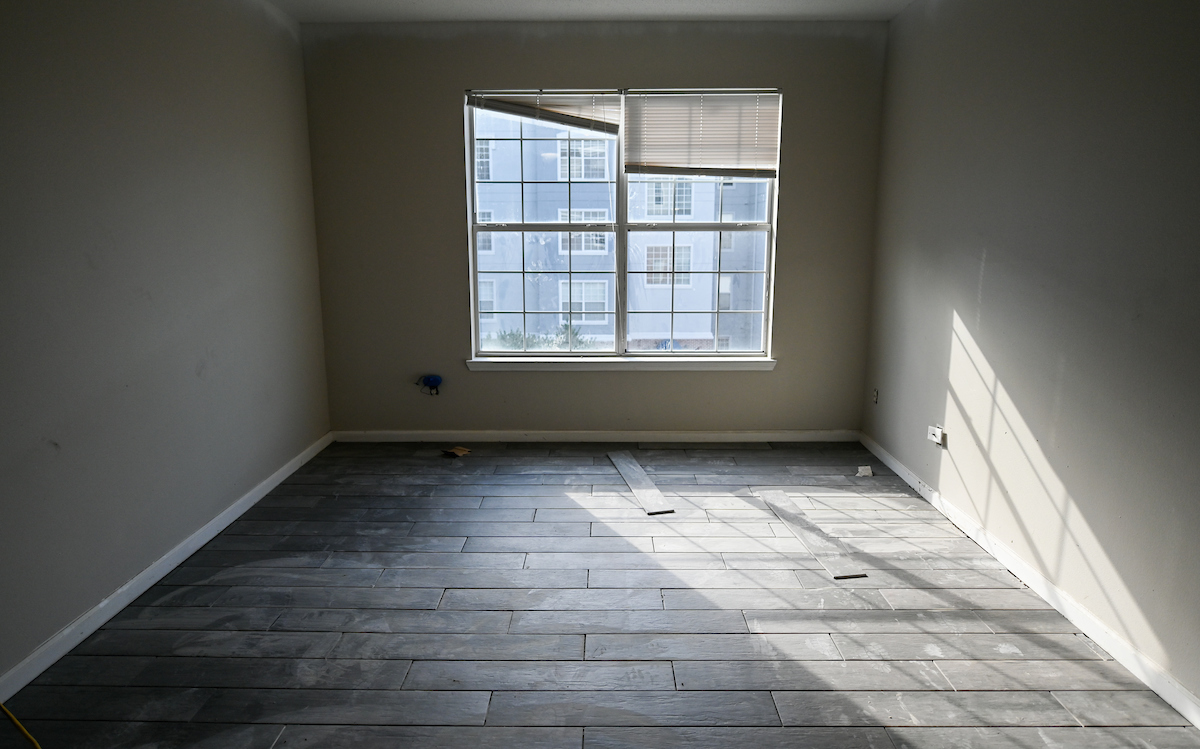 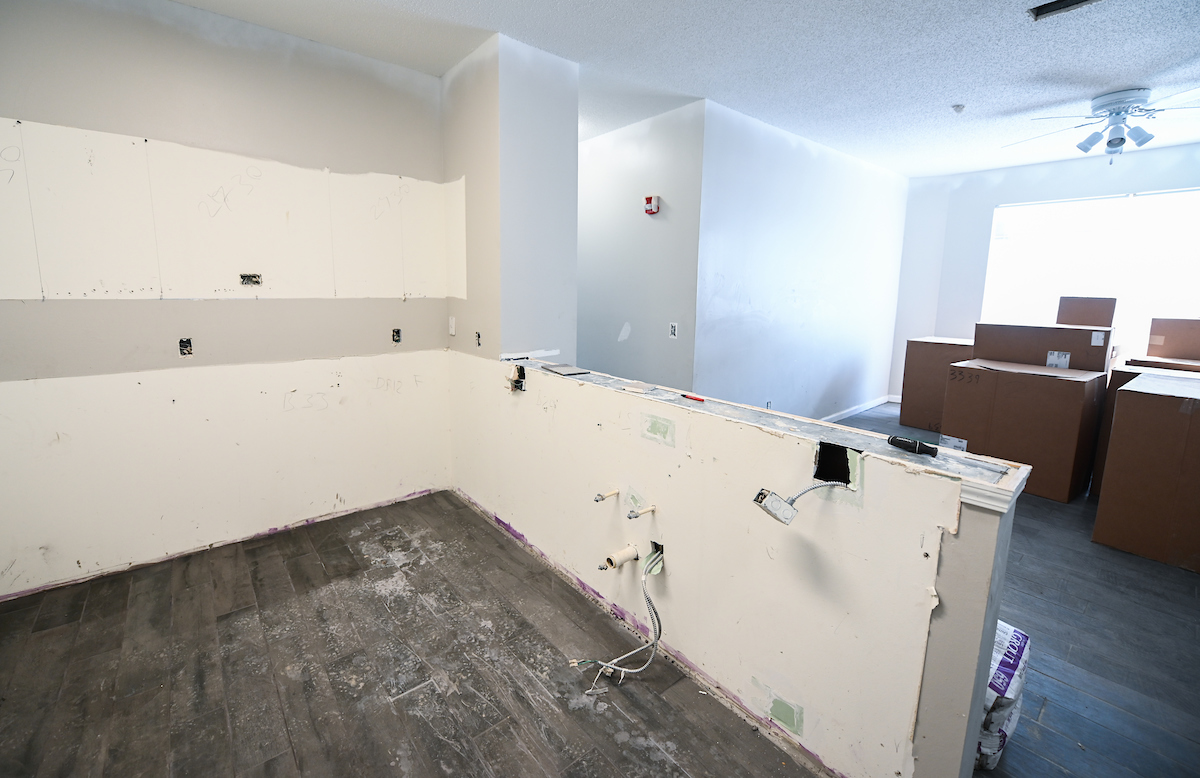 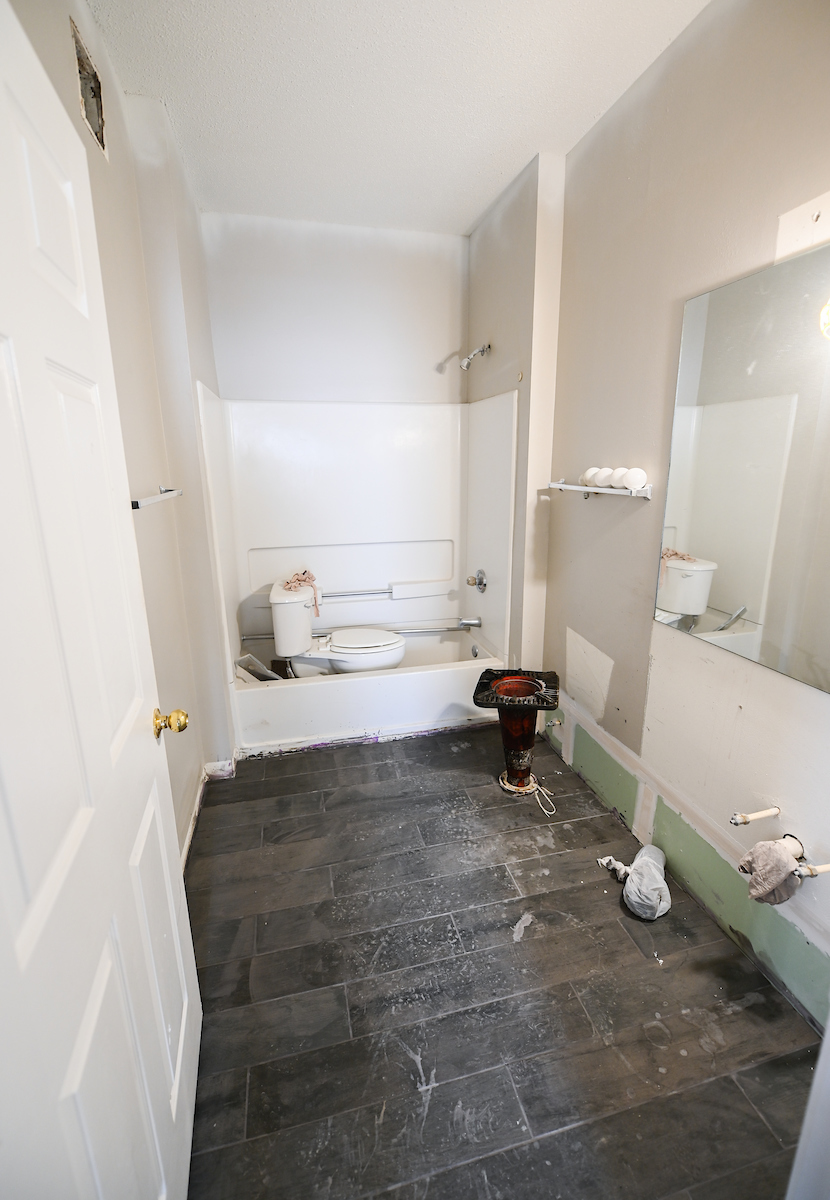 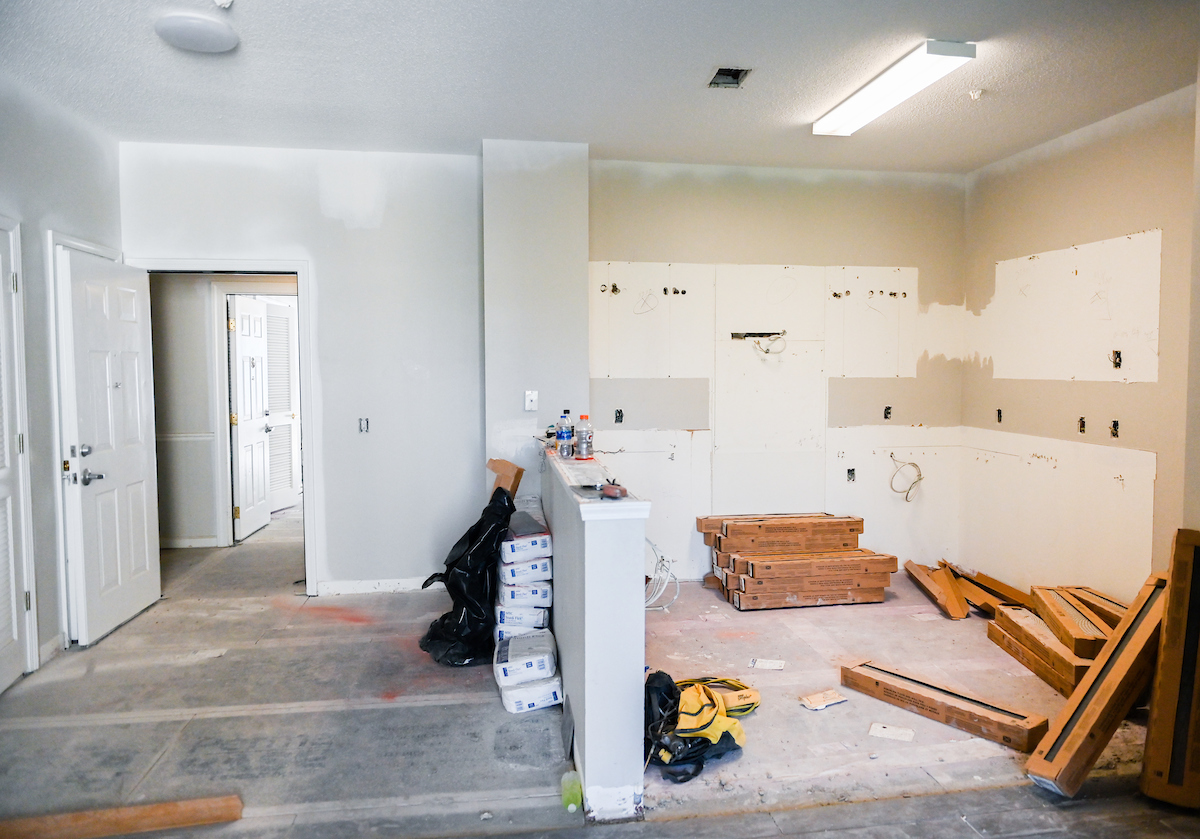 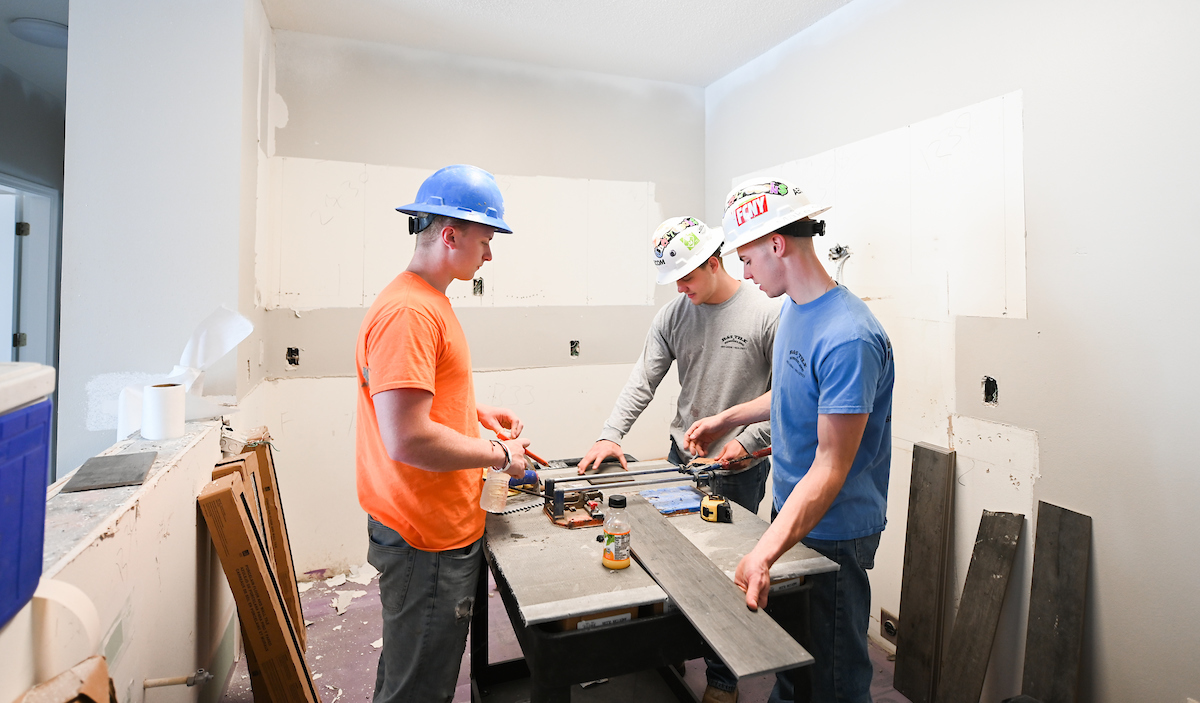 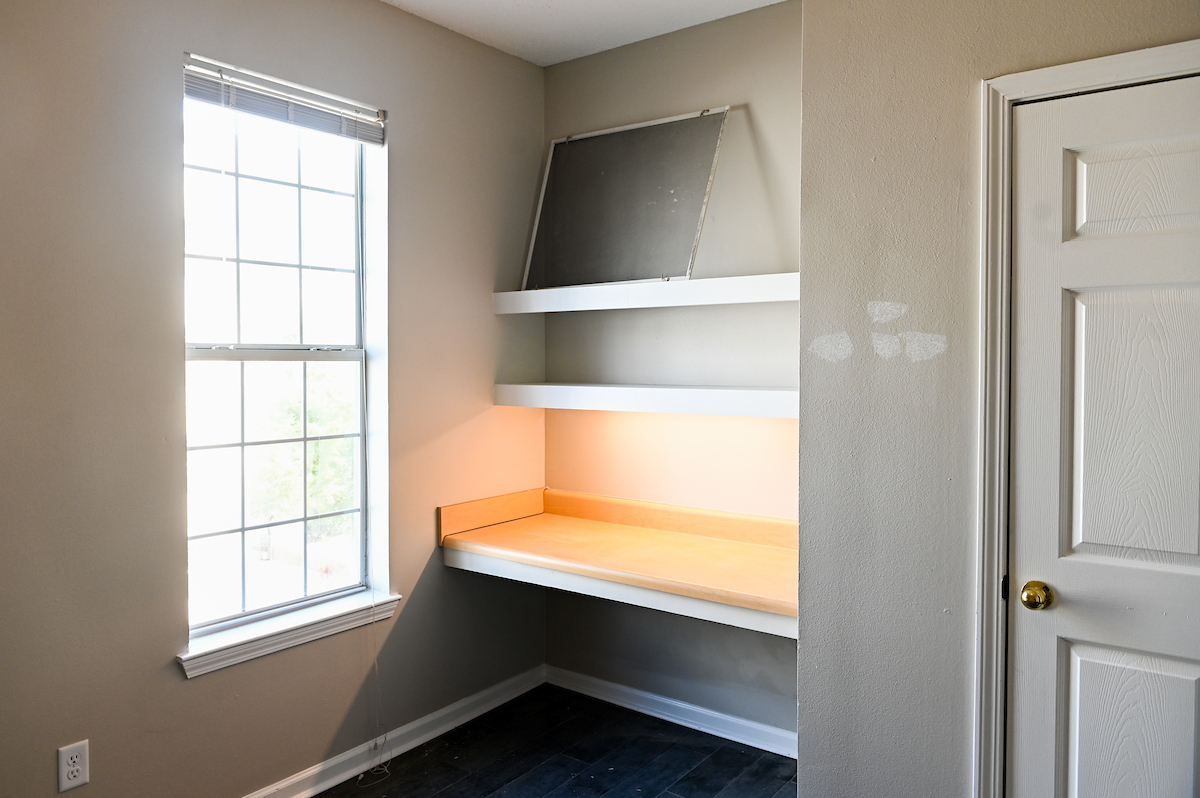 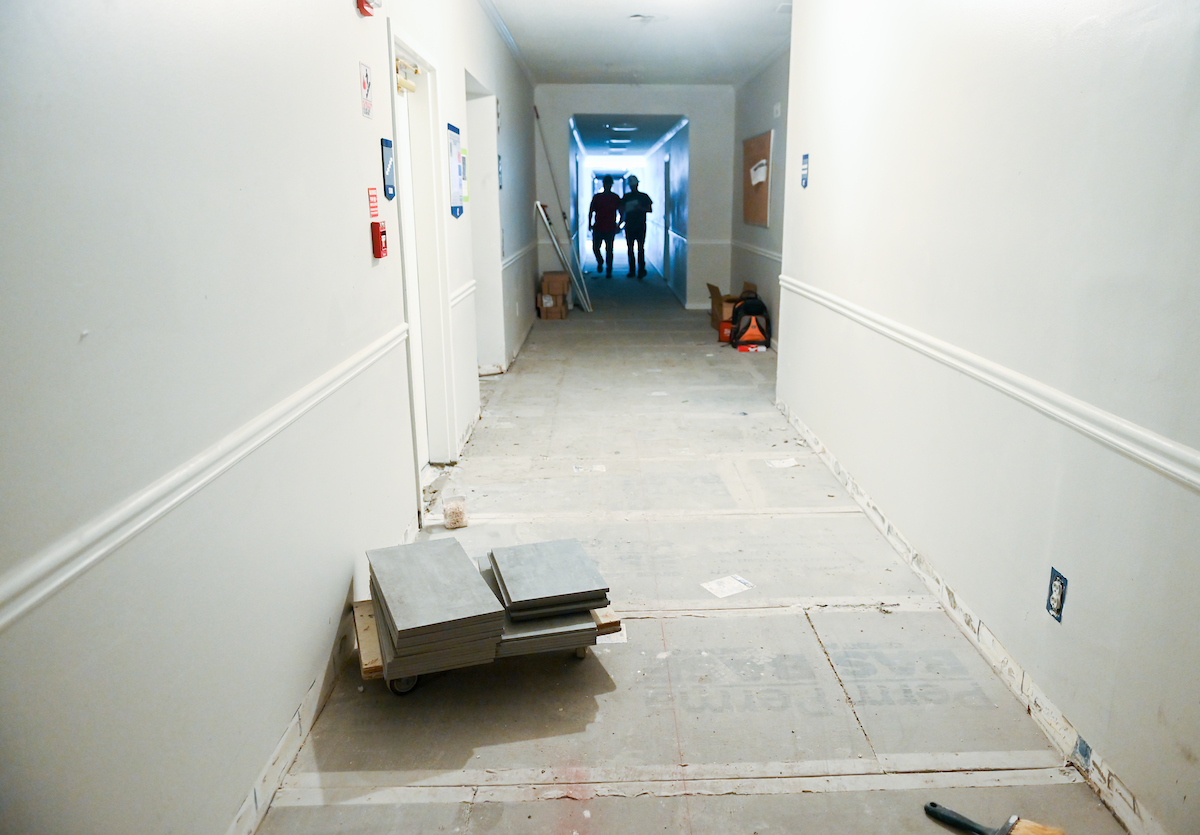 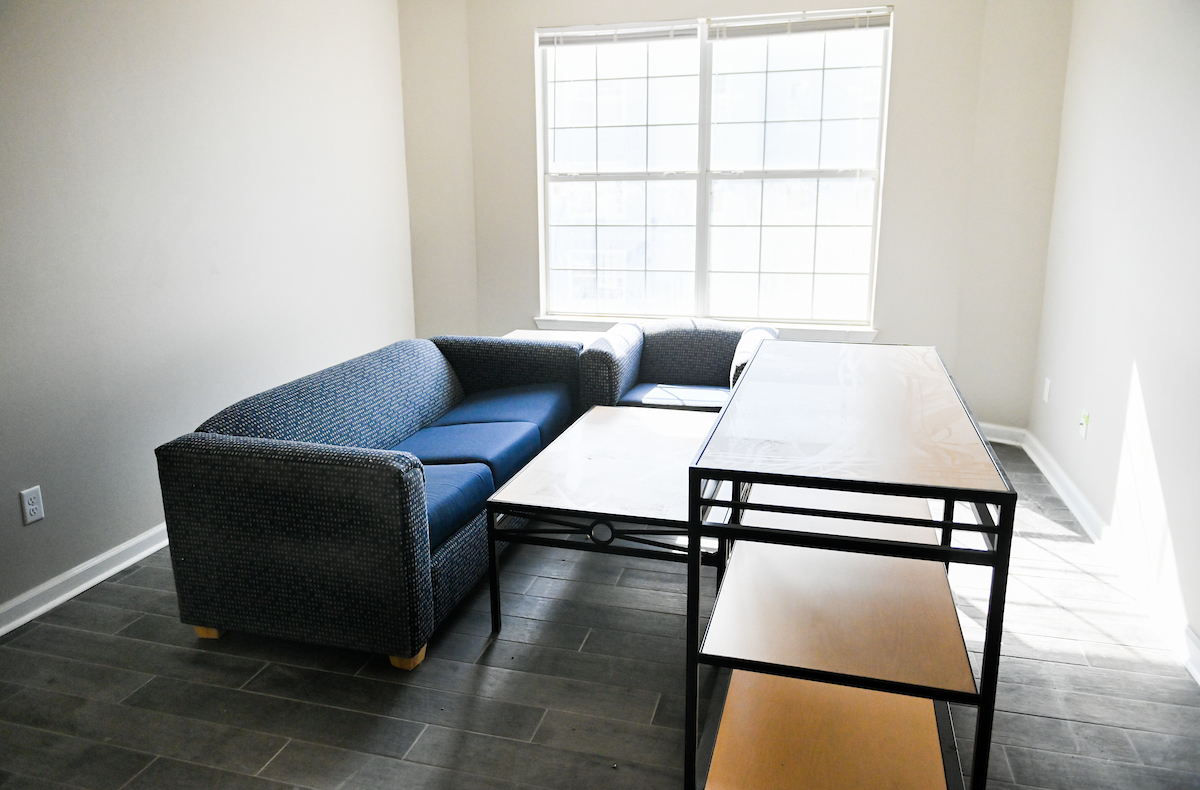 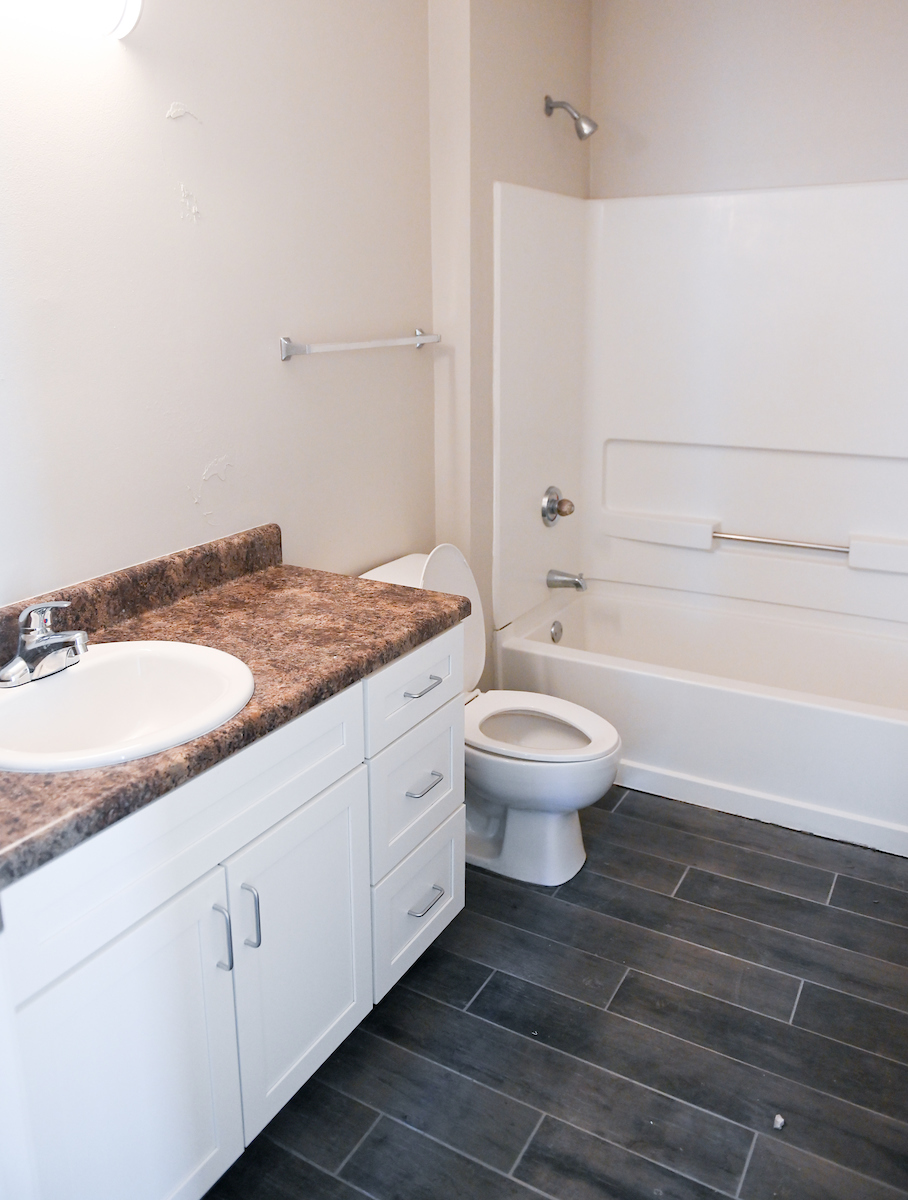 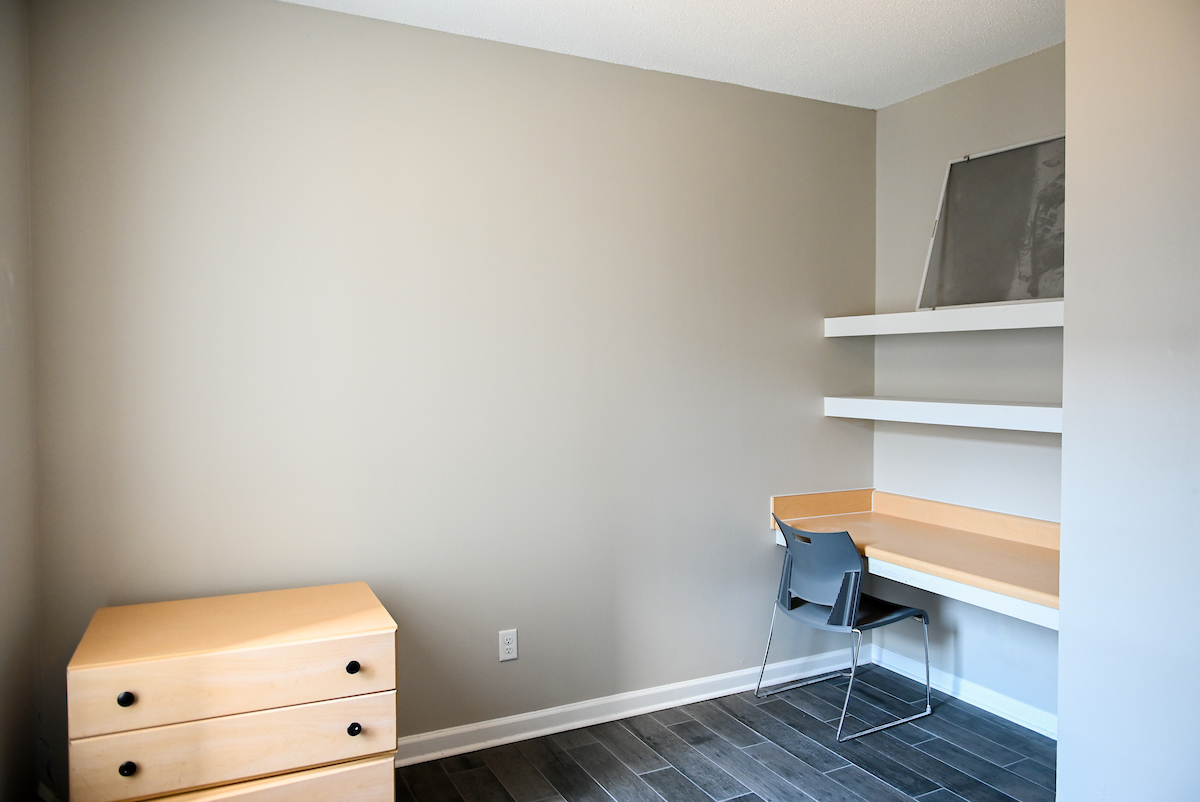 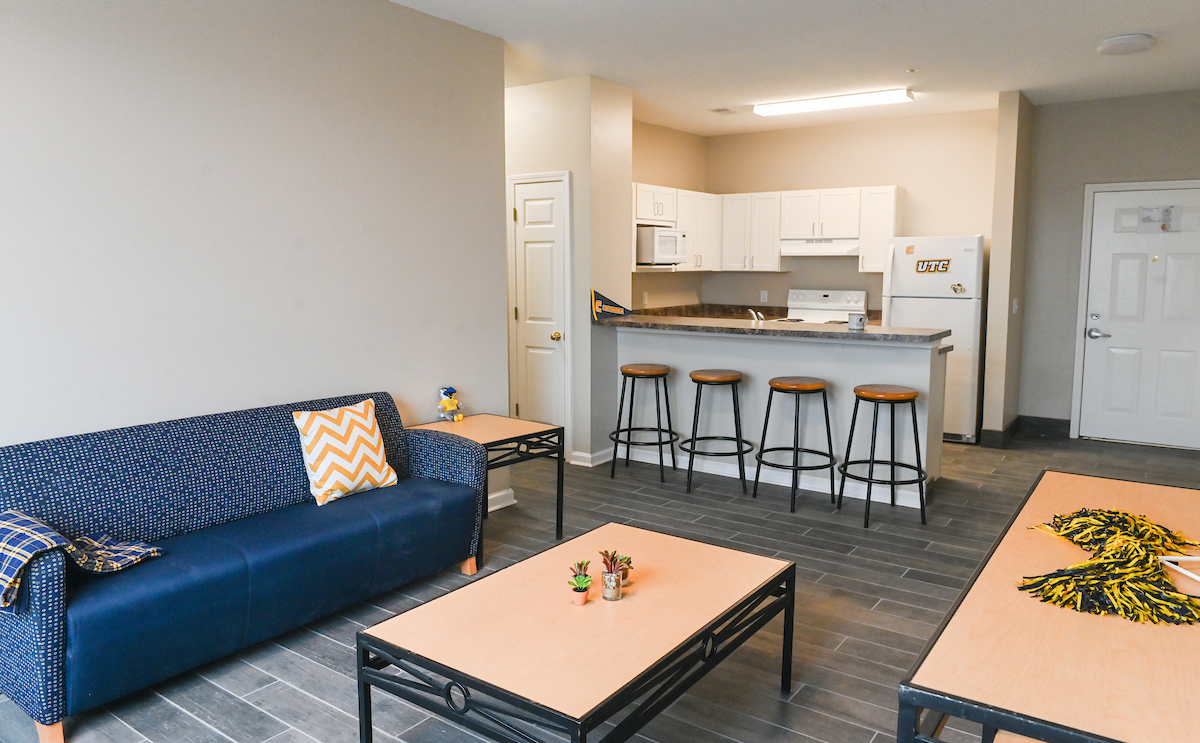 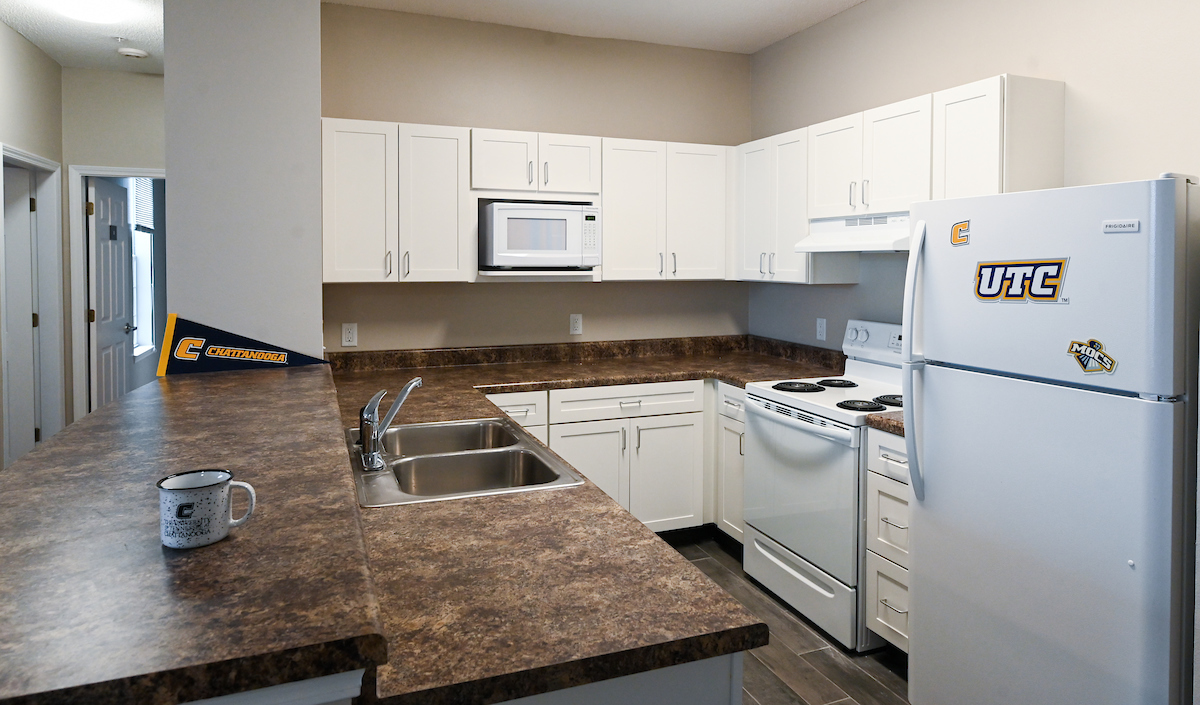 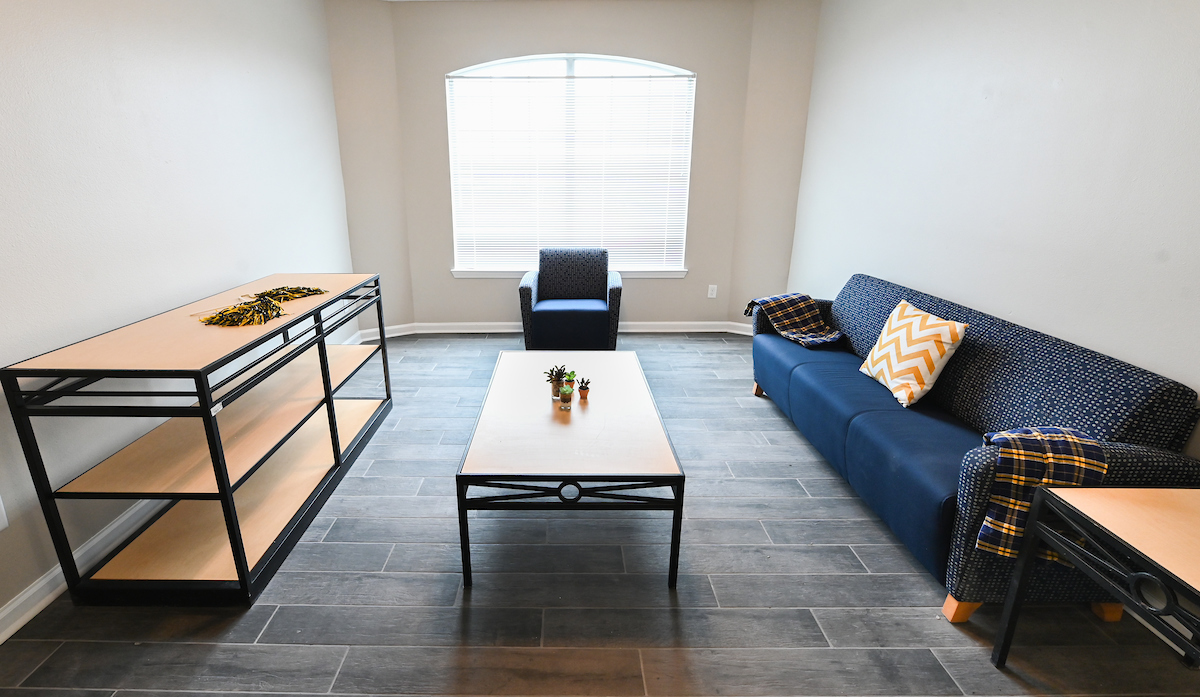 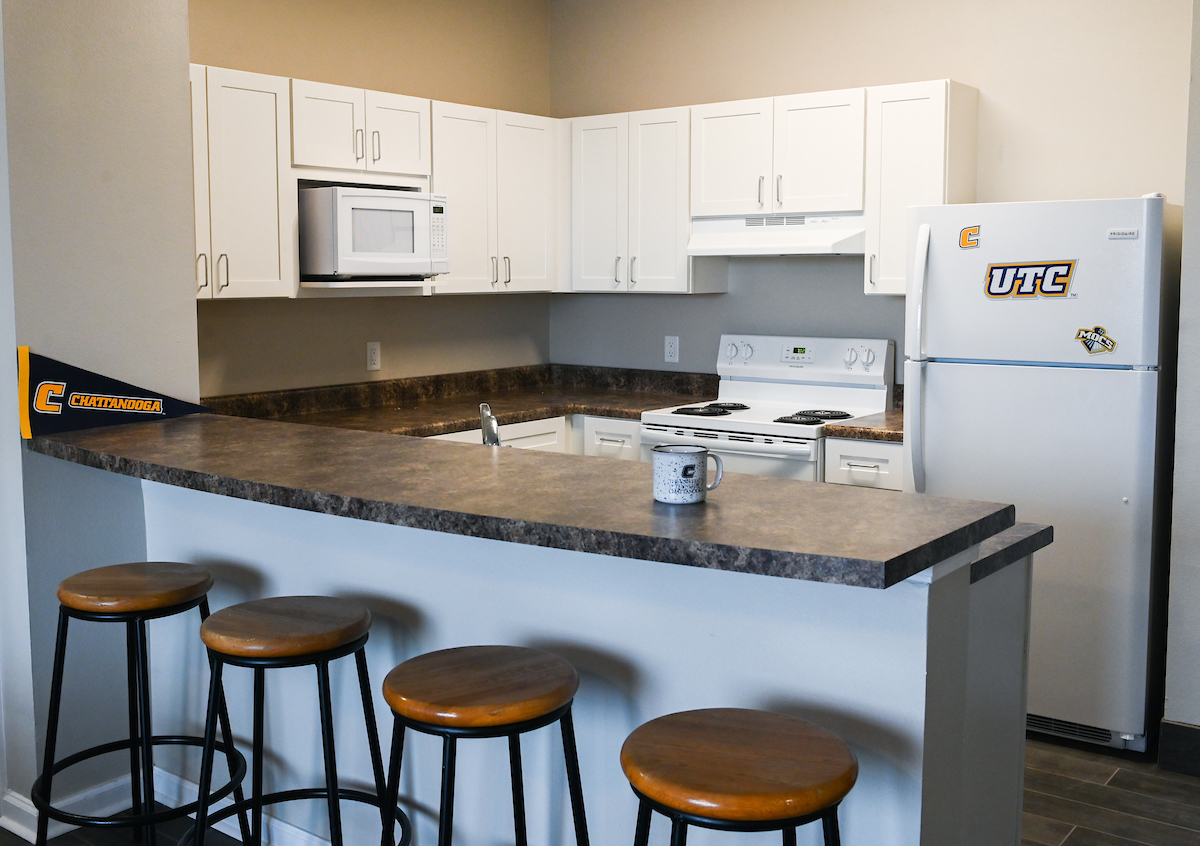