Students in residence housing get a ‘Move’ on

by UTC Communications and Marketing August 11, 2021 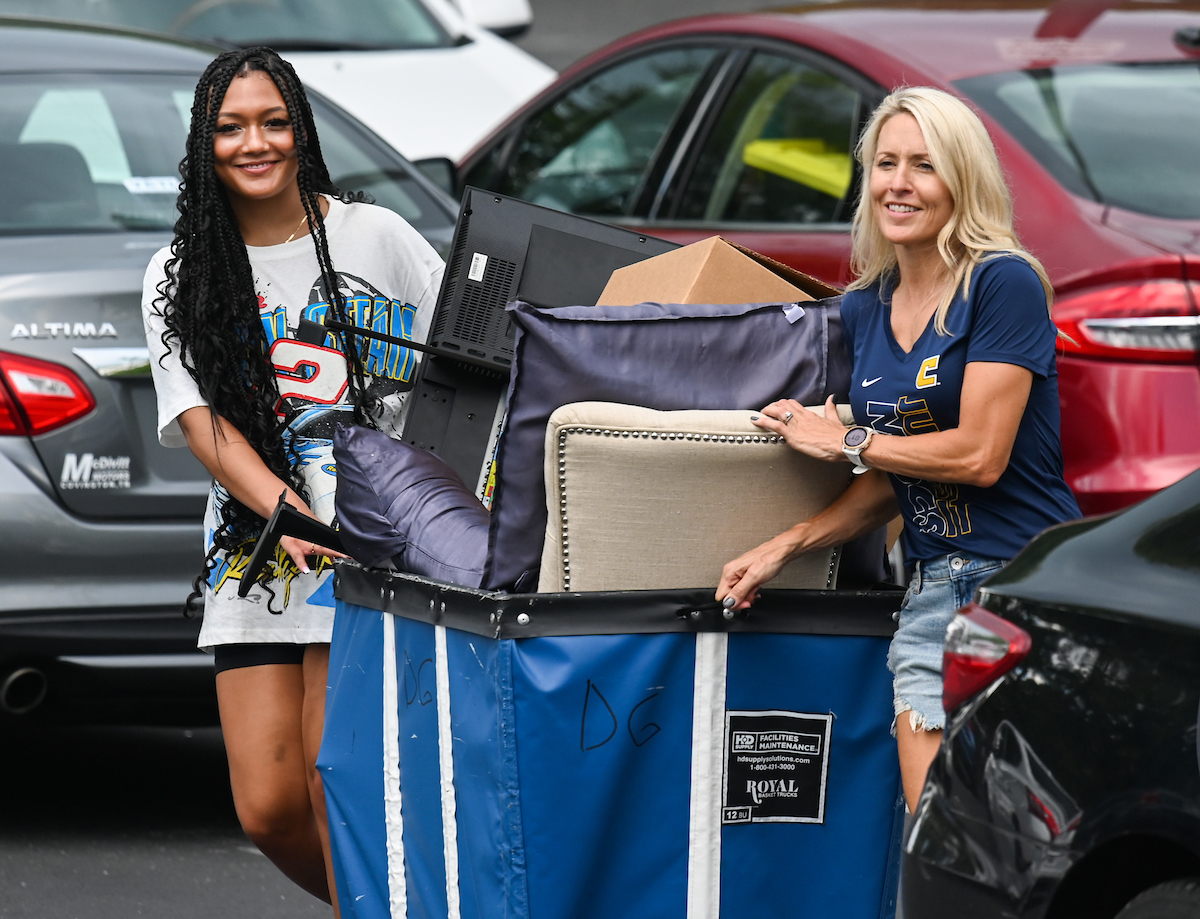 Makayla Caraway, left, and her mom Naomi Caraway, from Clarksville, Tennessee, move in to Decosimo Apartments on Wednesday, Aug. 11, 2021.

By Chuck Wasserstrom and Shawn Ryan

Scuba Kitty is ready to move into Boling Apartments.

Face mask and pink swim trunks in place, the  Squishmallow clan member lays on the roof of a car, waiting for its roommate, University of Tennessee at Chattanooga freshman Hallie Boring, to pick it up and carry it inside. But Scuba Kitty will have to wait because Boring has a ton of other stuff to haul in first.

A car trunk, a backseat, a passenger seat, even the back and front floorboards are packed to the max with vital stuff necessary for the student from Knoxville.

“I’m ready to move in and adjust to college life,” she said. “I was feeling a lot of fear and sadness about moving away, but now I’m super-excited.

“I’m just ready for whatever comes. I’m ready to embrace that and make new friends and try new things.”

Freshmen and transfer students will continue moving in on Thursday, Aug. 12. Upperclassmen and returning students will move in on Friday and Saturday, Aug. 13-14. Fall semester classes begin Monday, Aug. 16.

“It’s been fantastic. Everybody’s excited,” said Abeer Mustafa, associate vice chancellor for student affairs at UTC. “The parents are excited. The students are even more excited than the parents. They get to move onto campus and actually have people welcoming them and directing them.”

About 3,100 students are scheduled to move in over the four days, she said. “It’s been really smooth thus far.”

It hasn’t been entirely smooth for Faith Murray.

“I locked myself out already, so that was interesting,” said the freshman from Nashville who was moving into Decosimo. “I’ve already learned not to lock myself out again.”

Daniel Pope has three daughters at UTC, a sophomore and a pair of freshman twins. He was moving all three into residence halls Wednesday, two into Decosimo.

“It’s been tiresome the last few days, but I’m so proud of all of them,” he said. “We raised them to get to this point, to do better and better through higher education.”

Moving into West Campus Housing, James Milazzo from Knoxville, a stoic man of few words, said COVID-19 during his senior year in high school toughened him up for whatever comes at him during his freshman year in college. His mom, though, is a bit nervous.

“It’s a little piece of my heart down here,” said Angie Kinney. “I just want him to make really good decisions.” 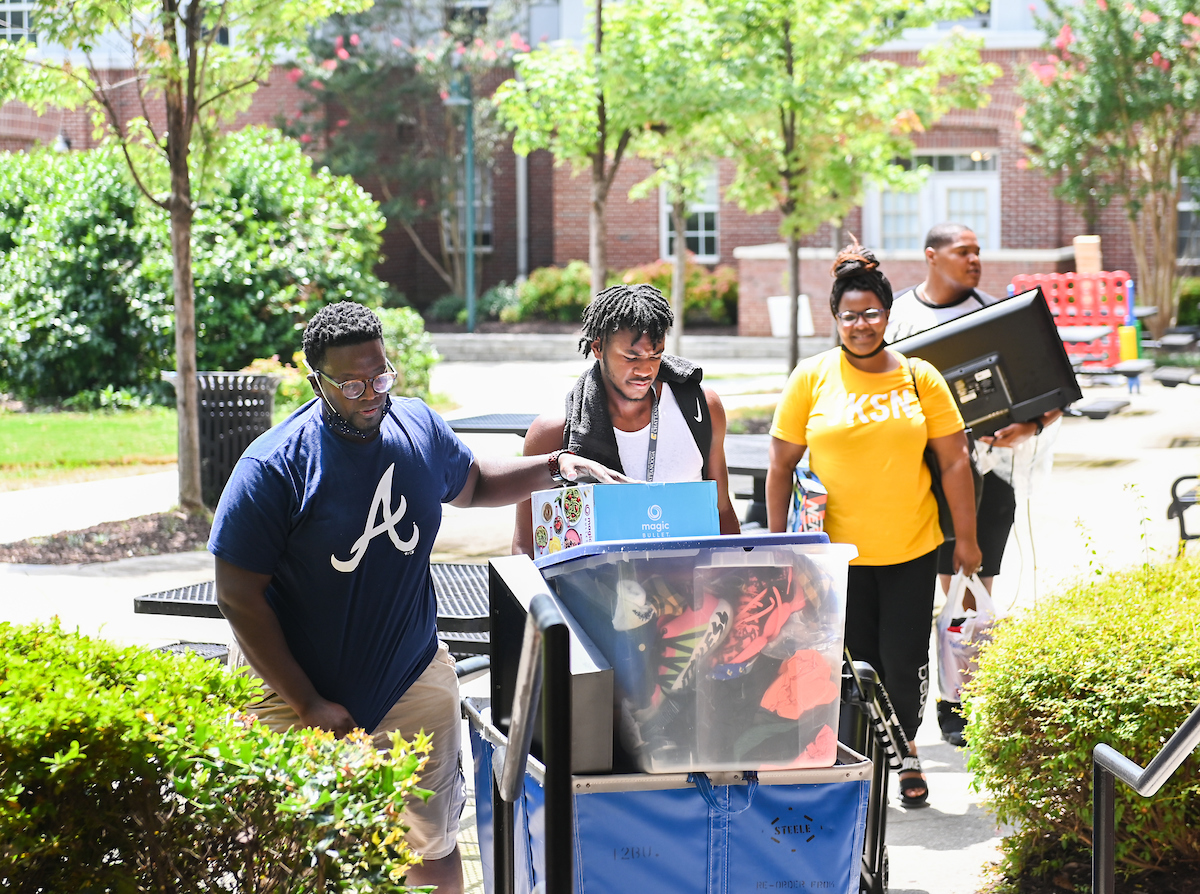 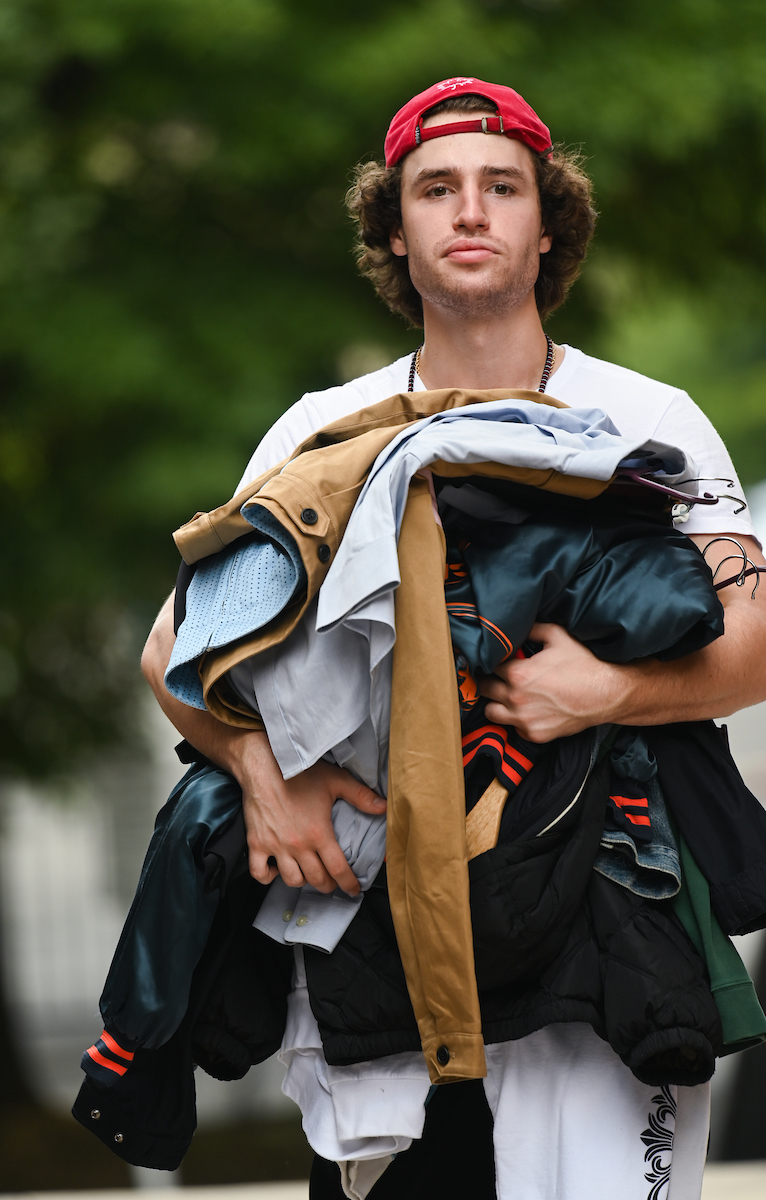 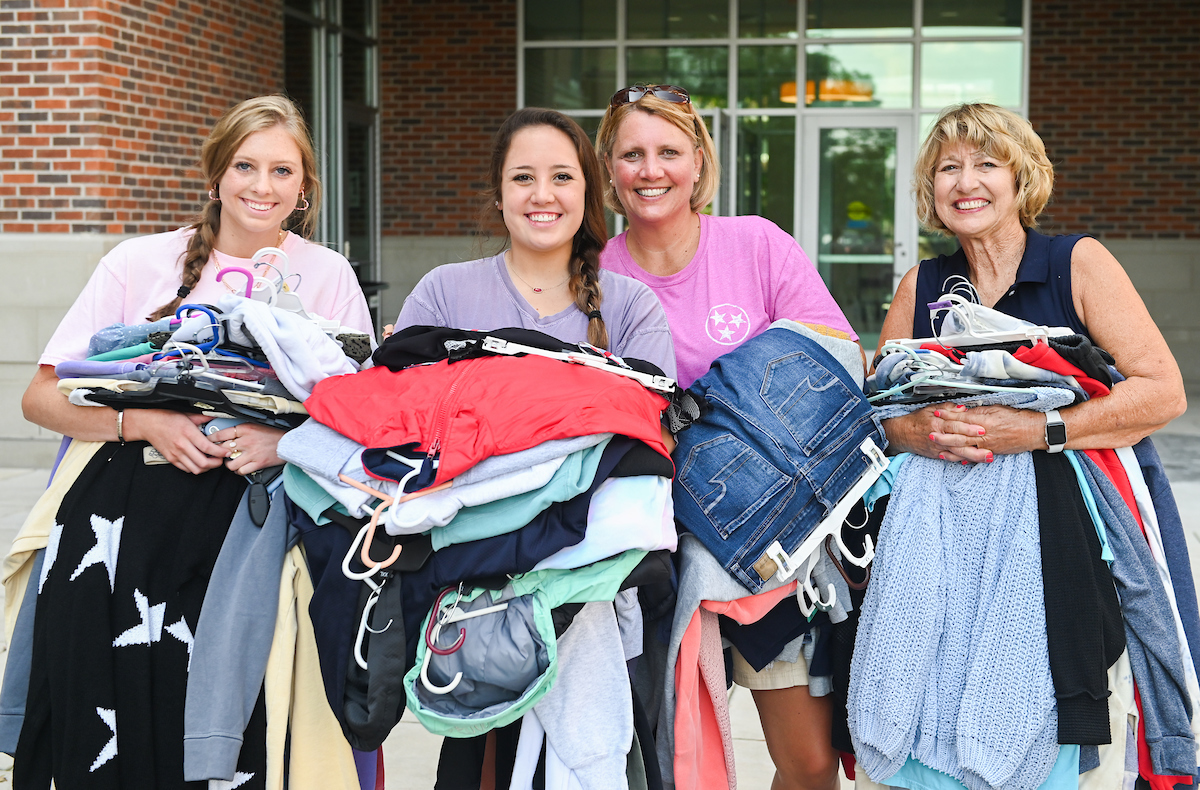 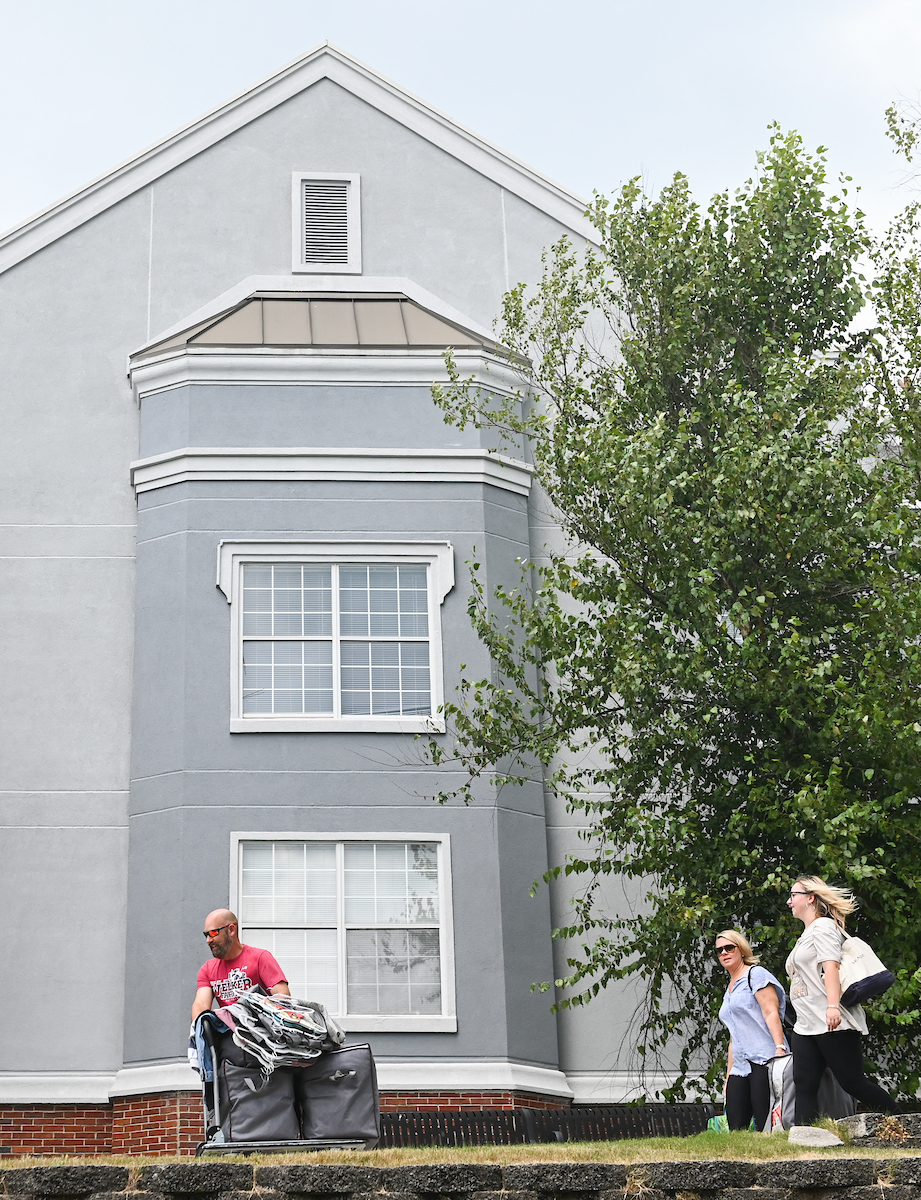 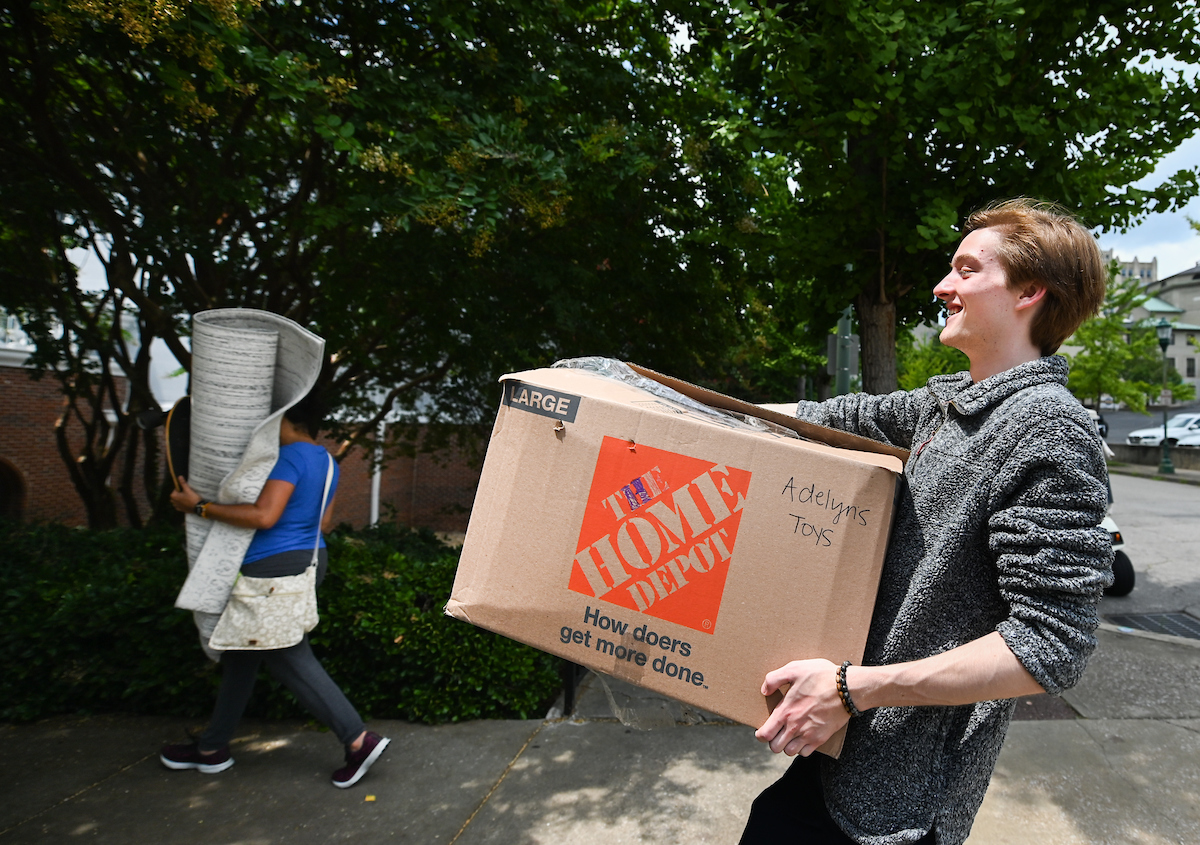 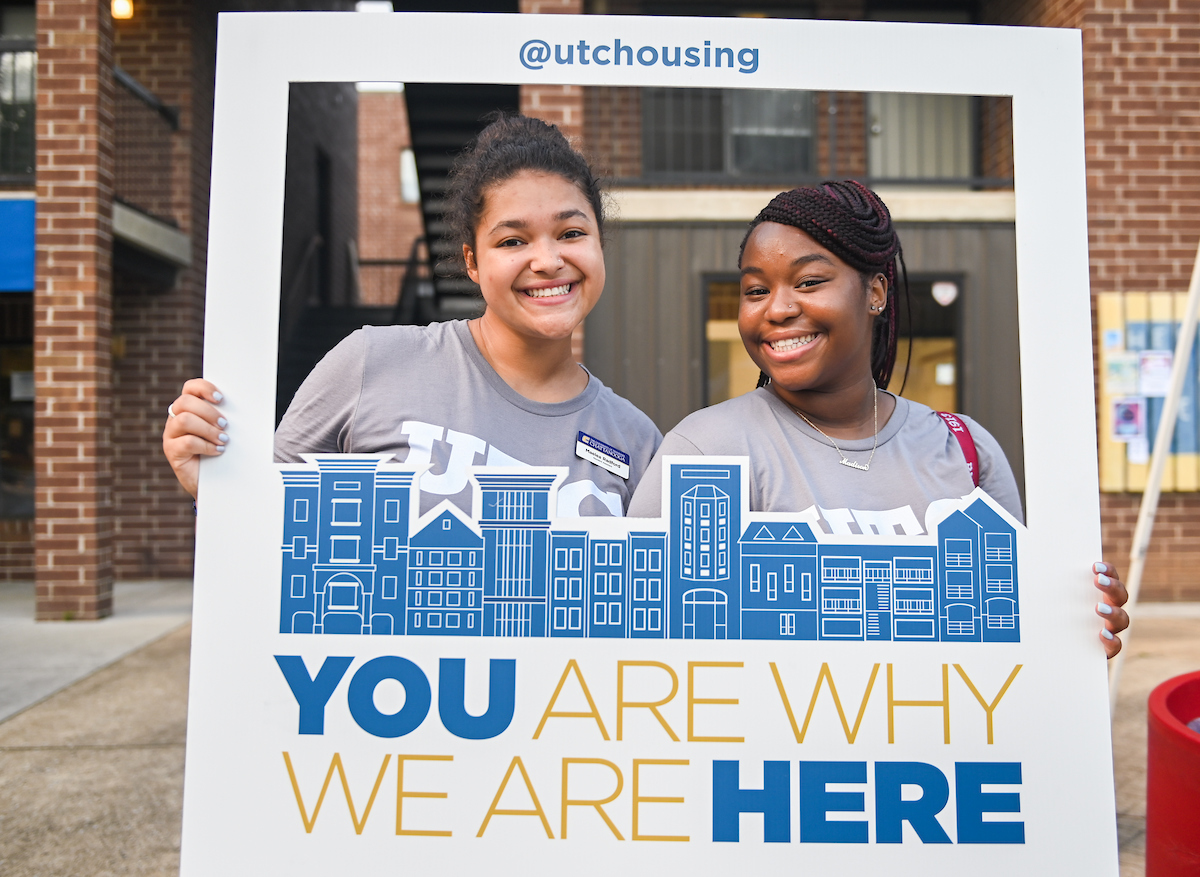 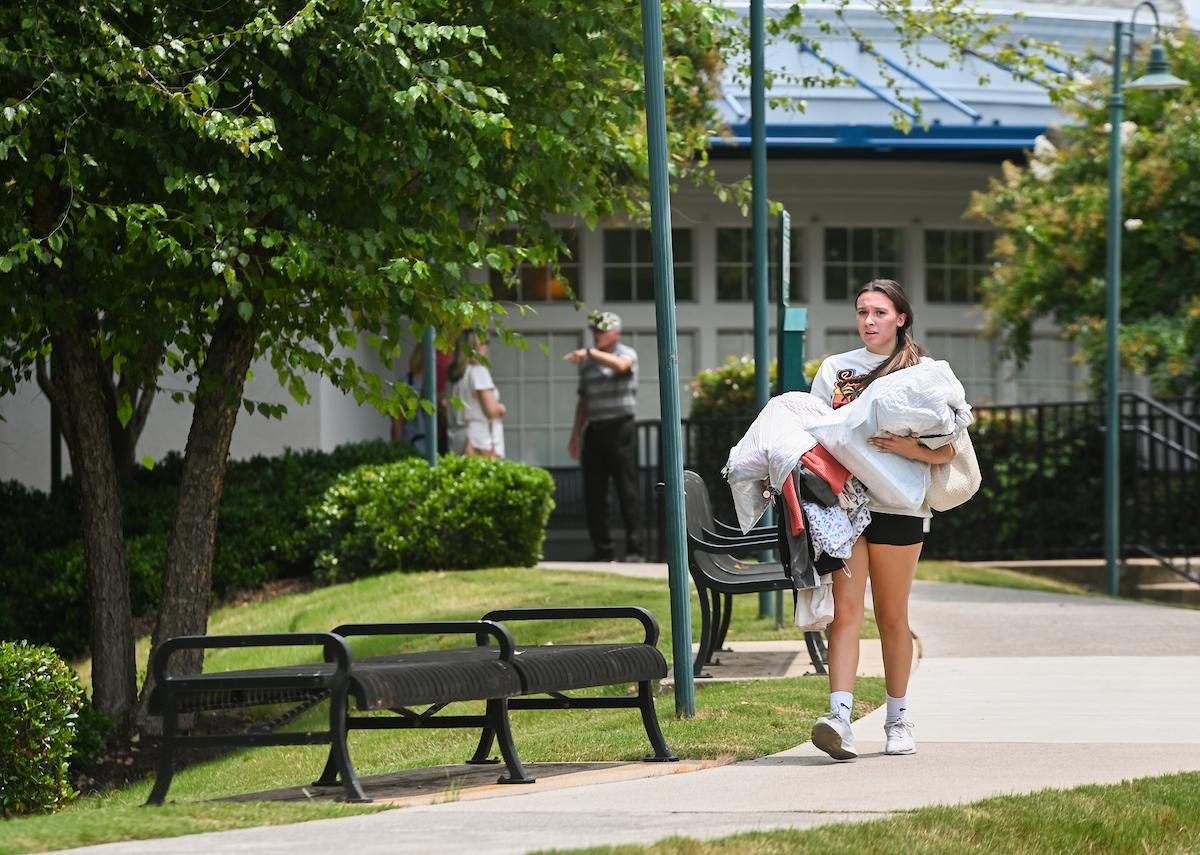 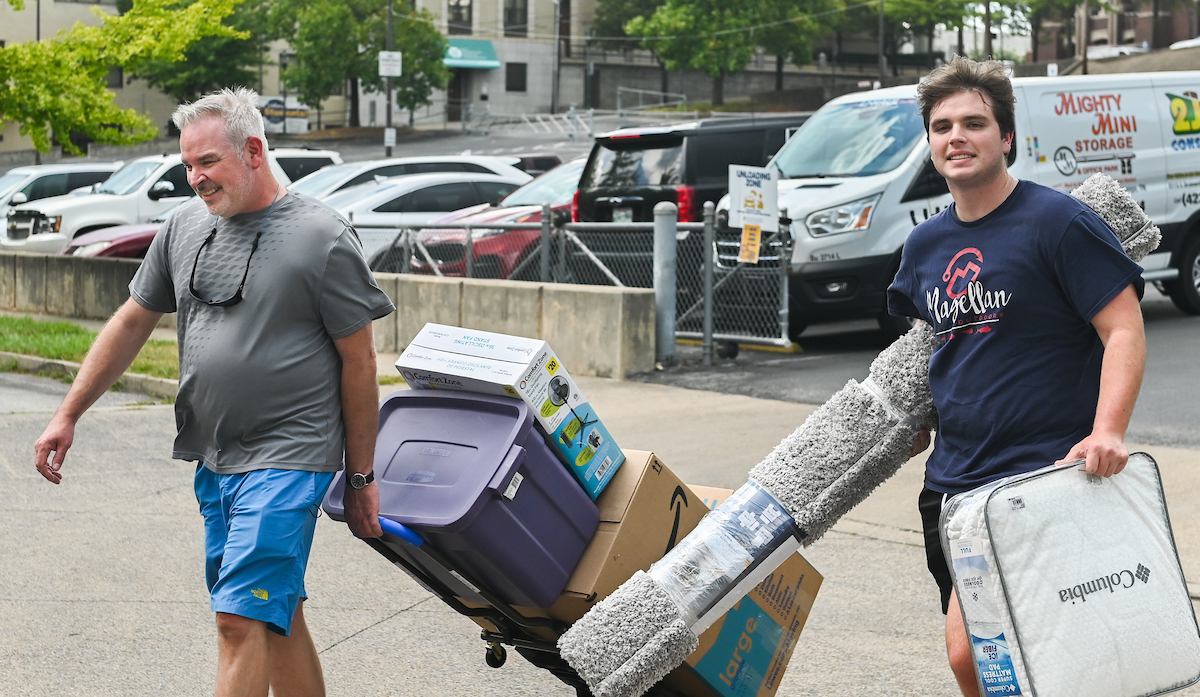 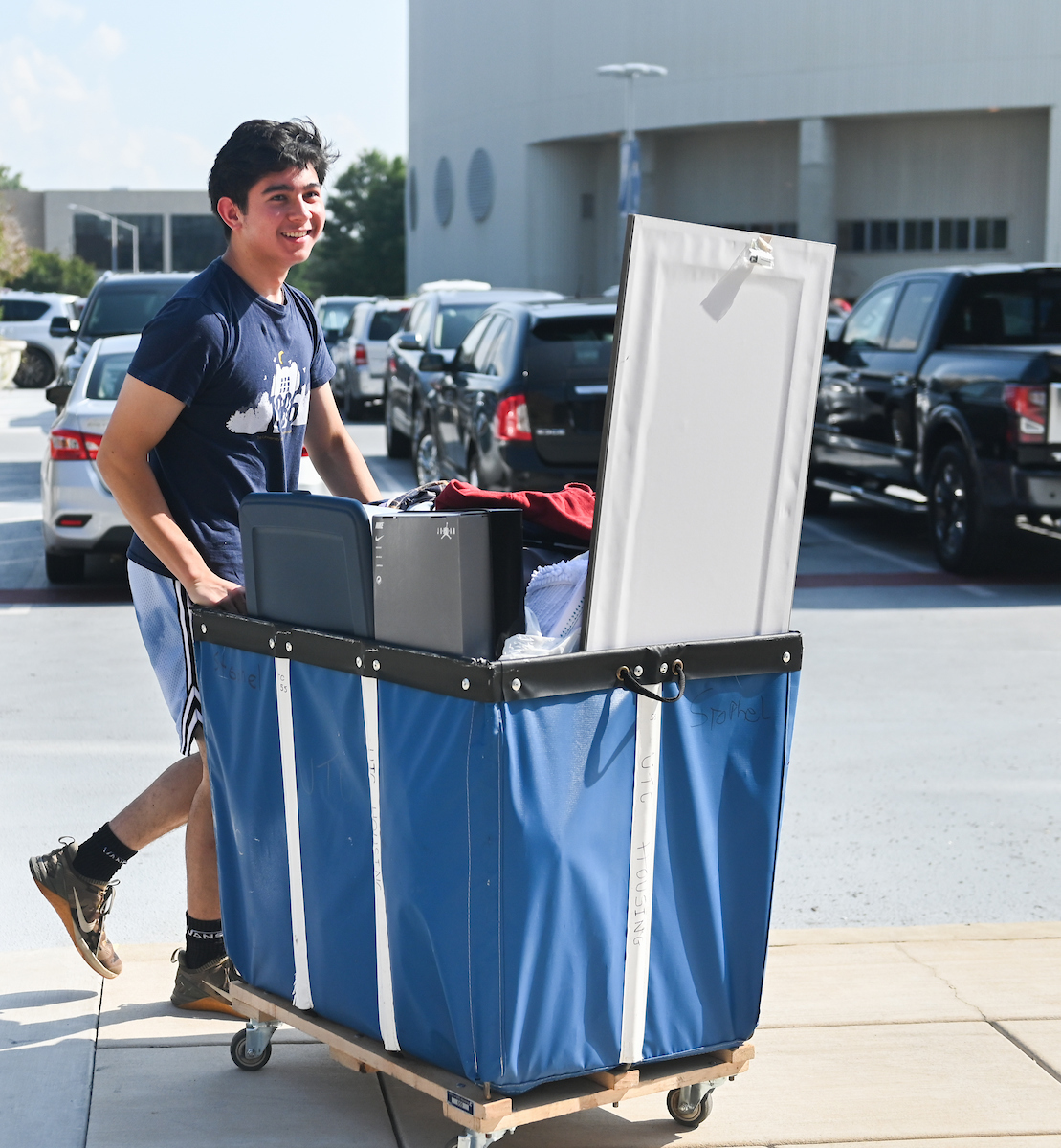 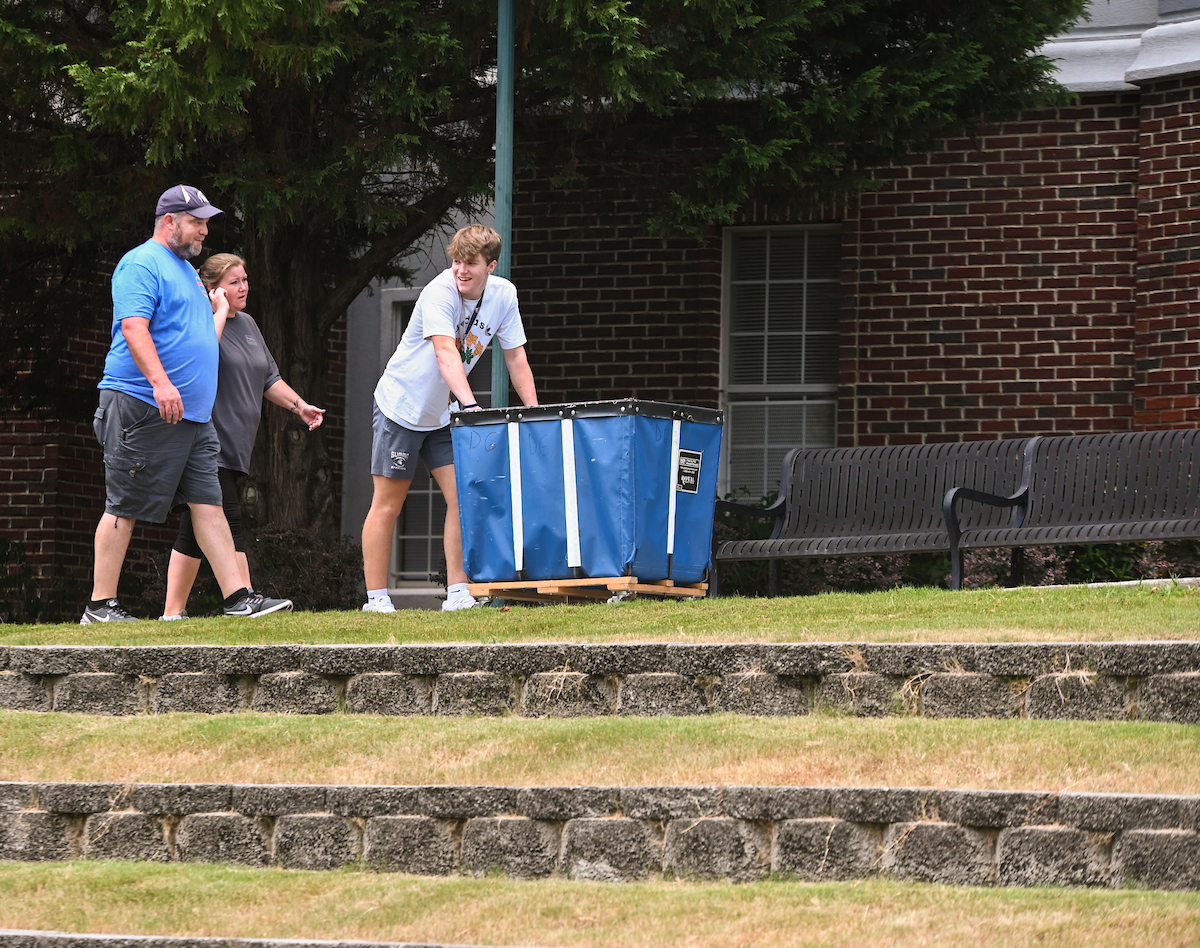 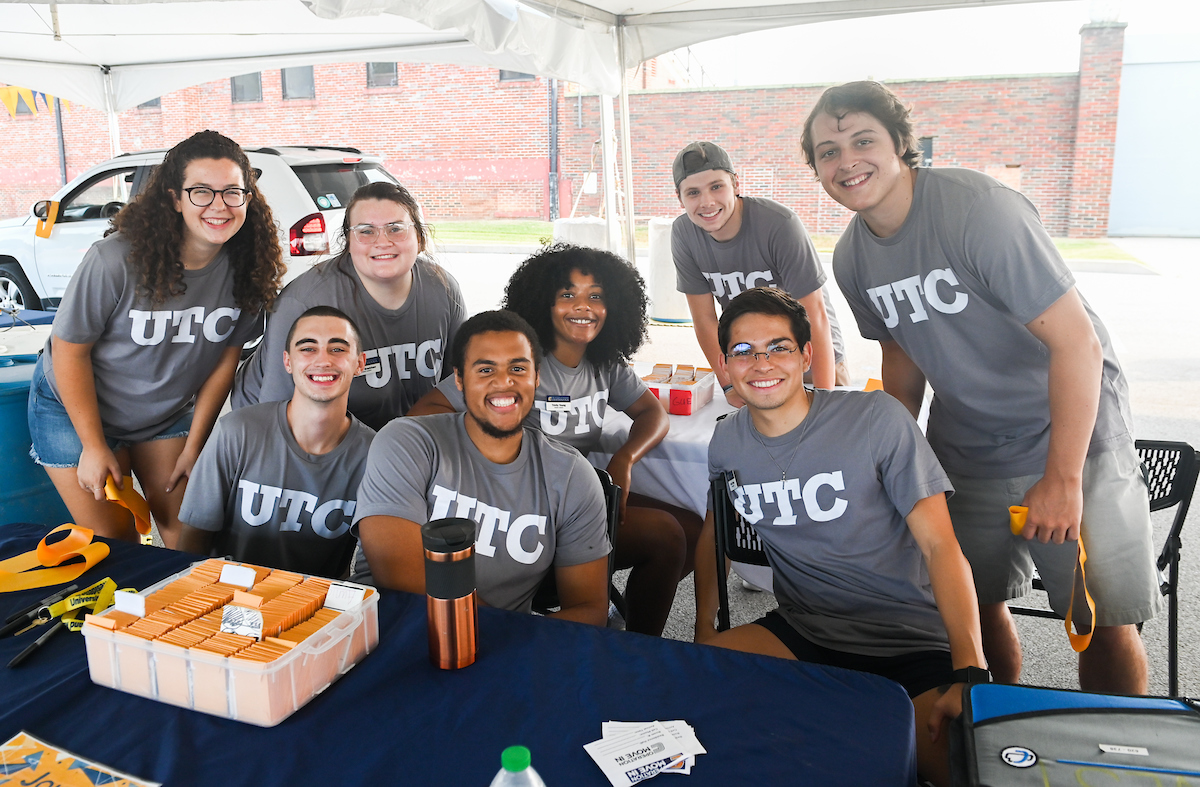 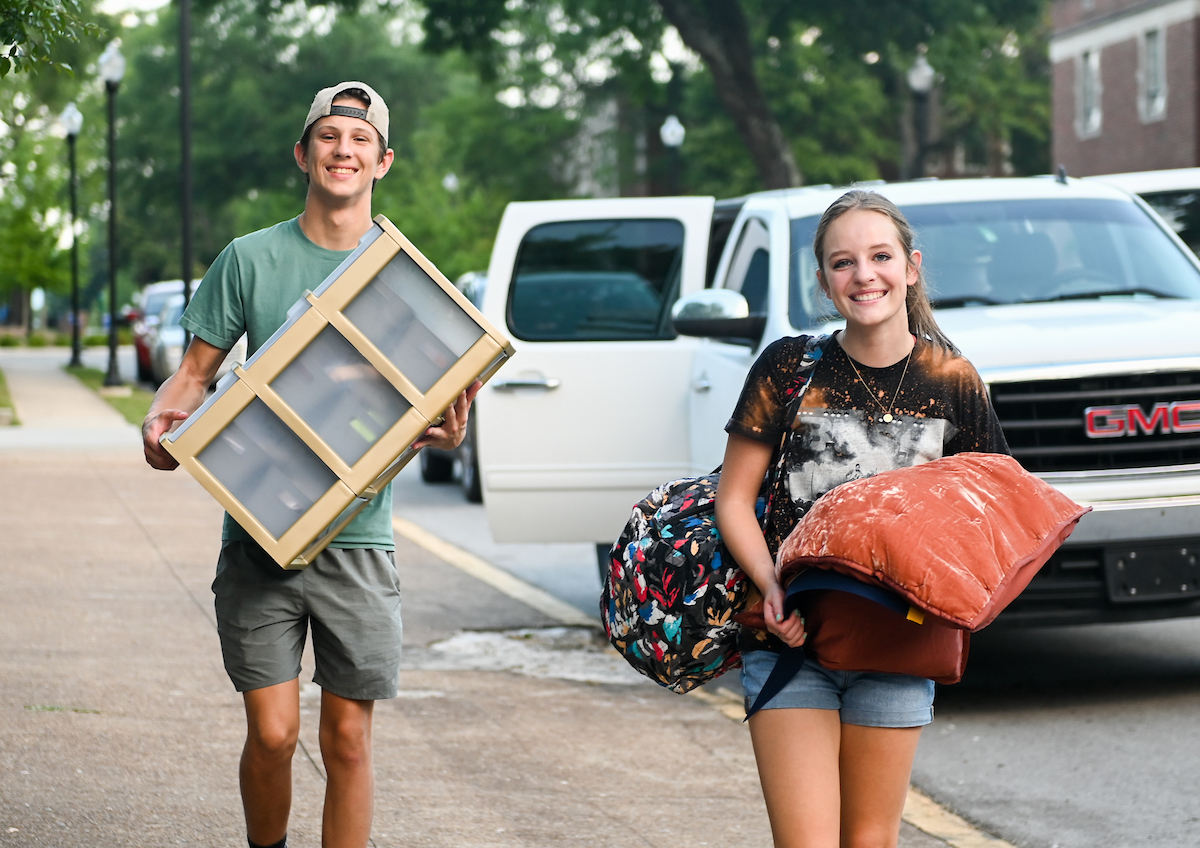 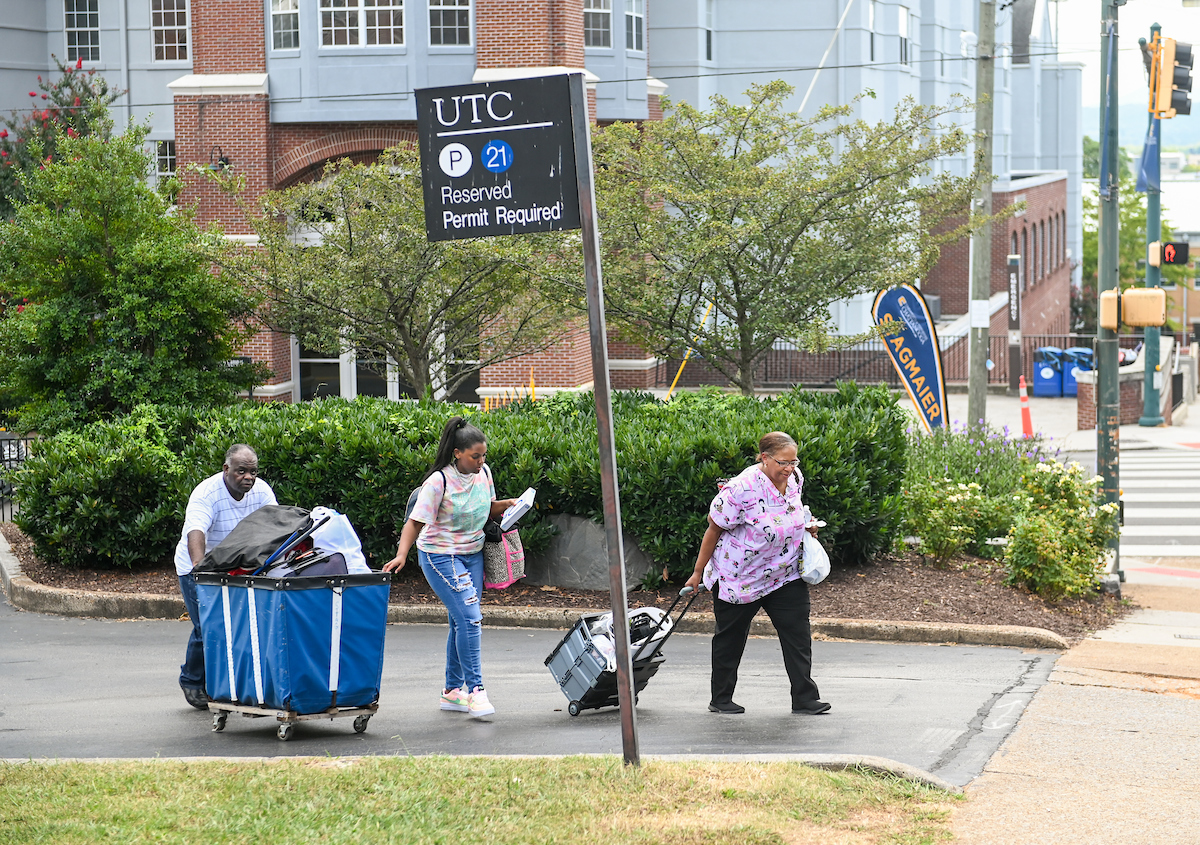 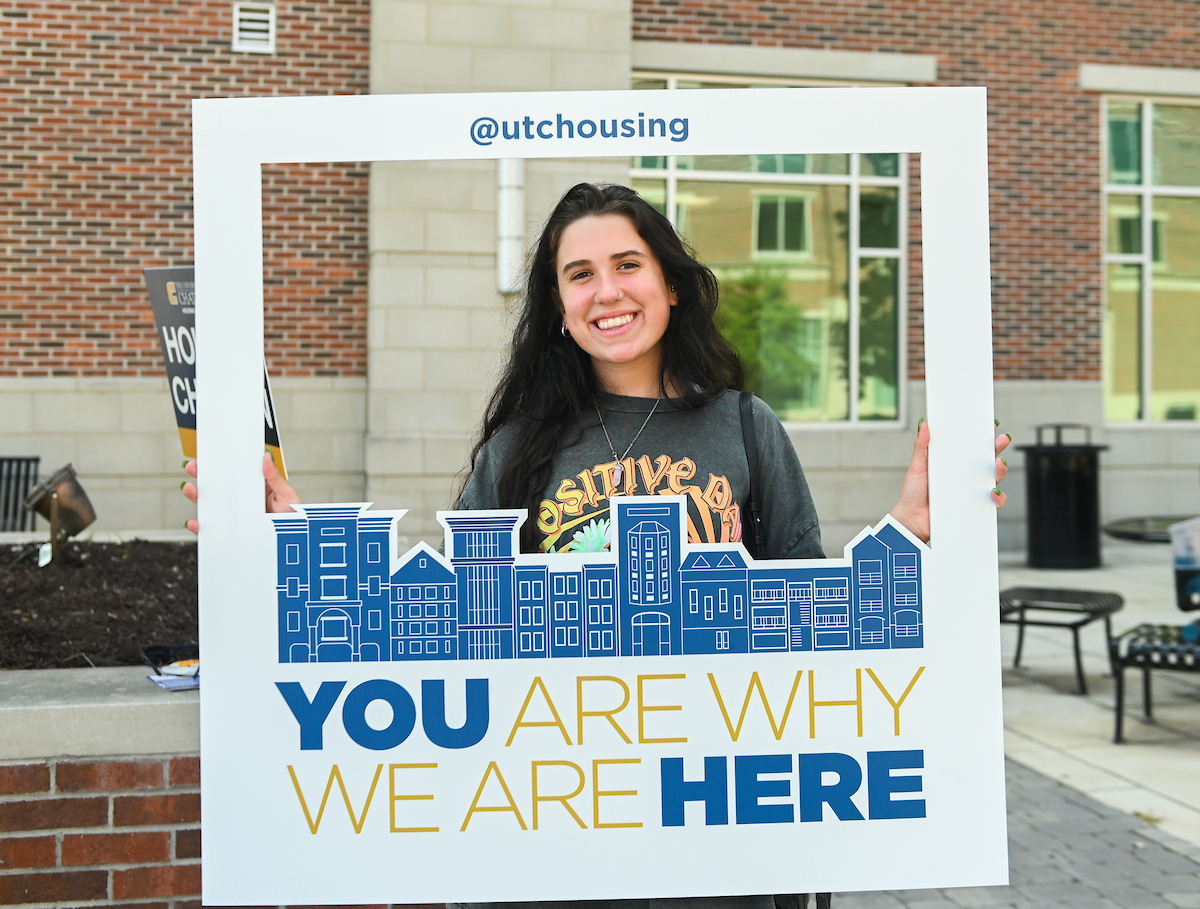 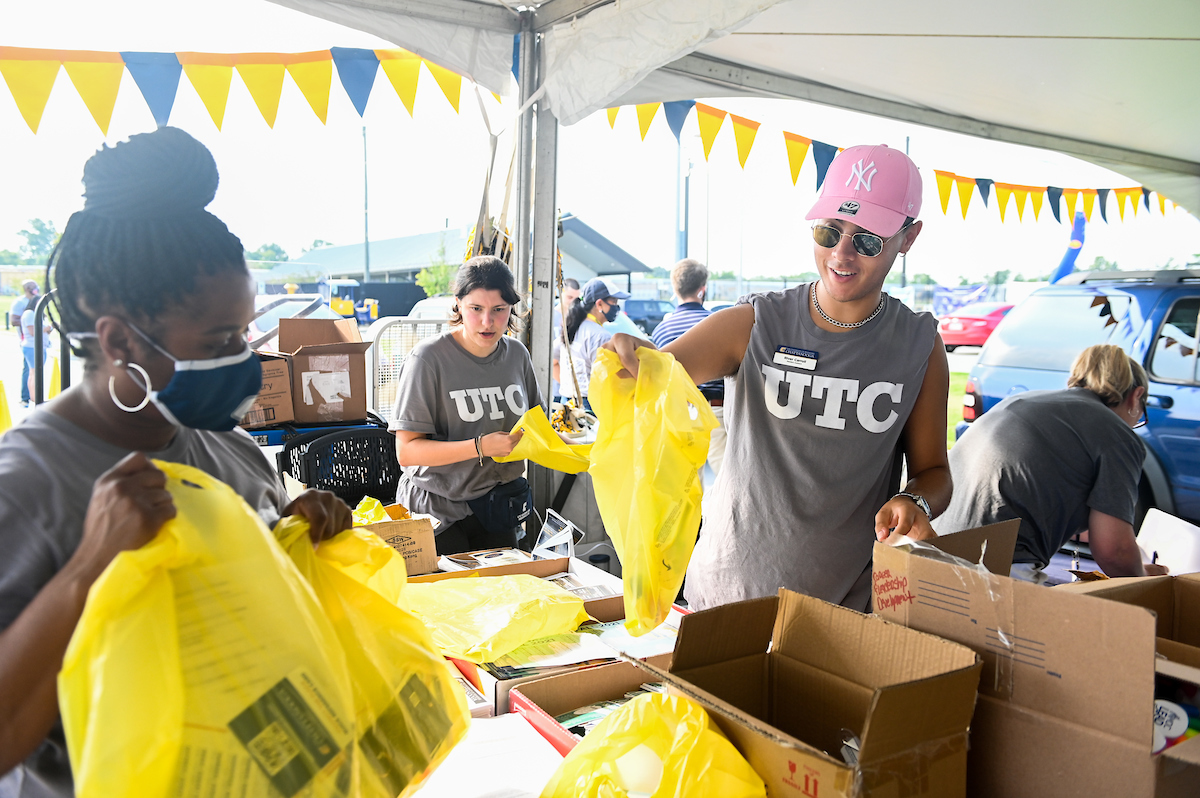 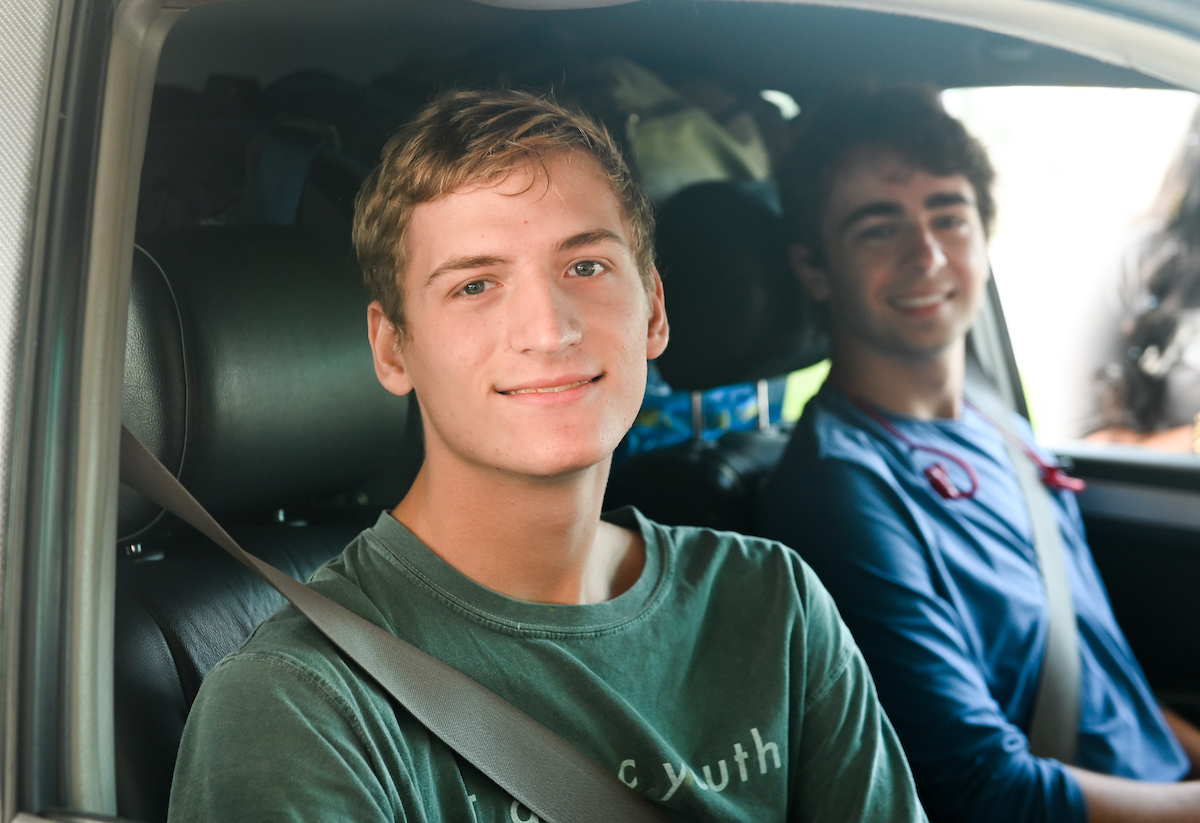 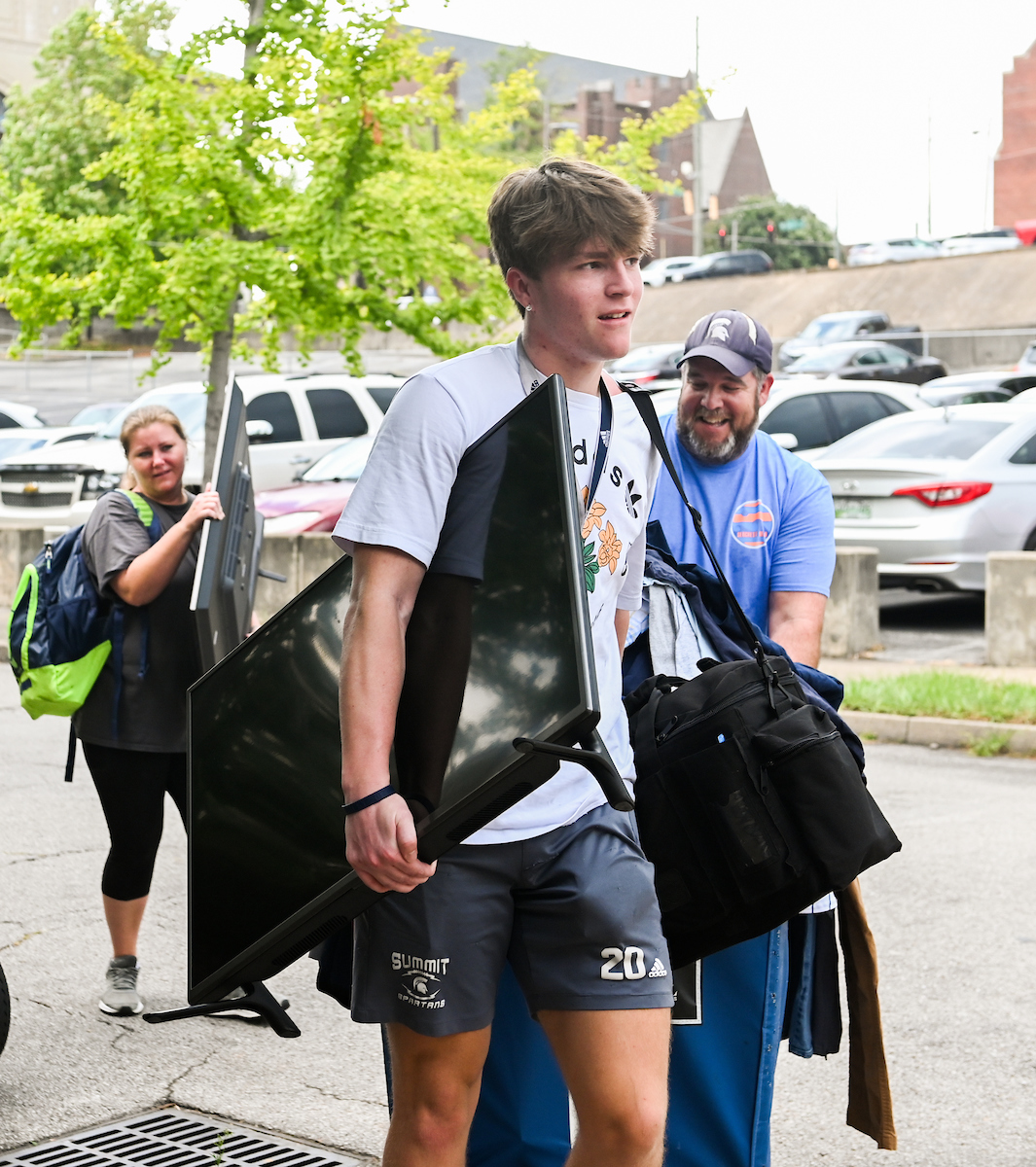 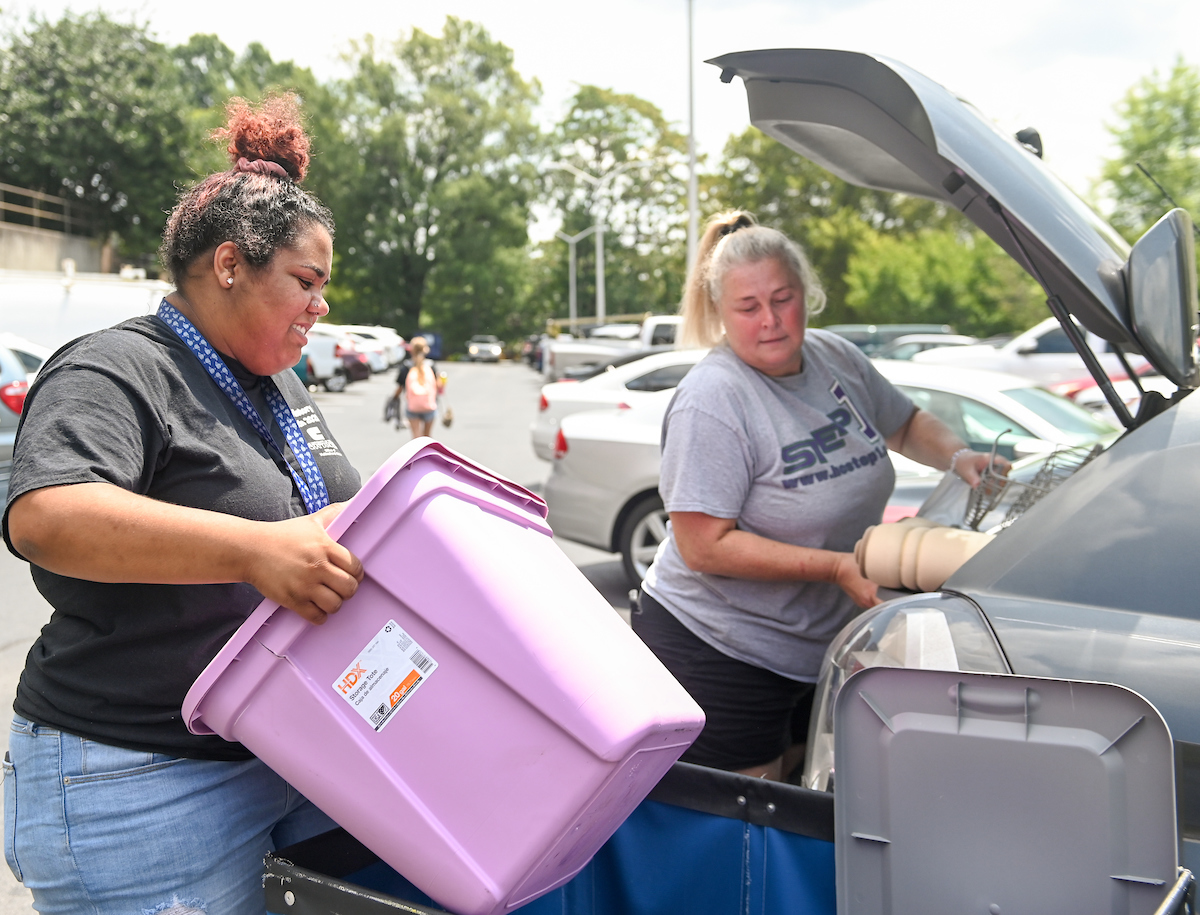 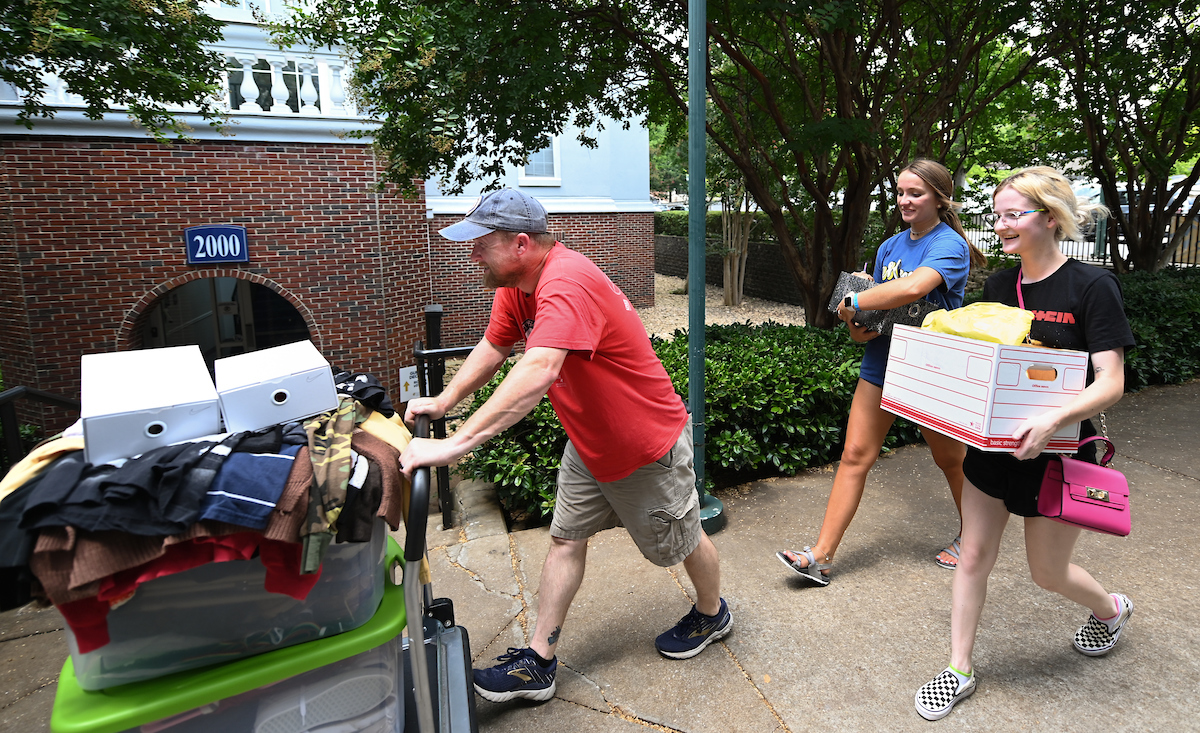 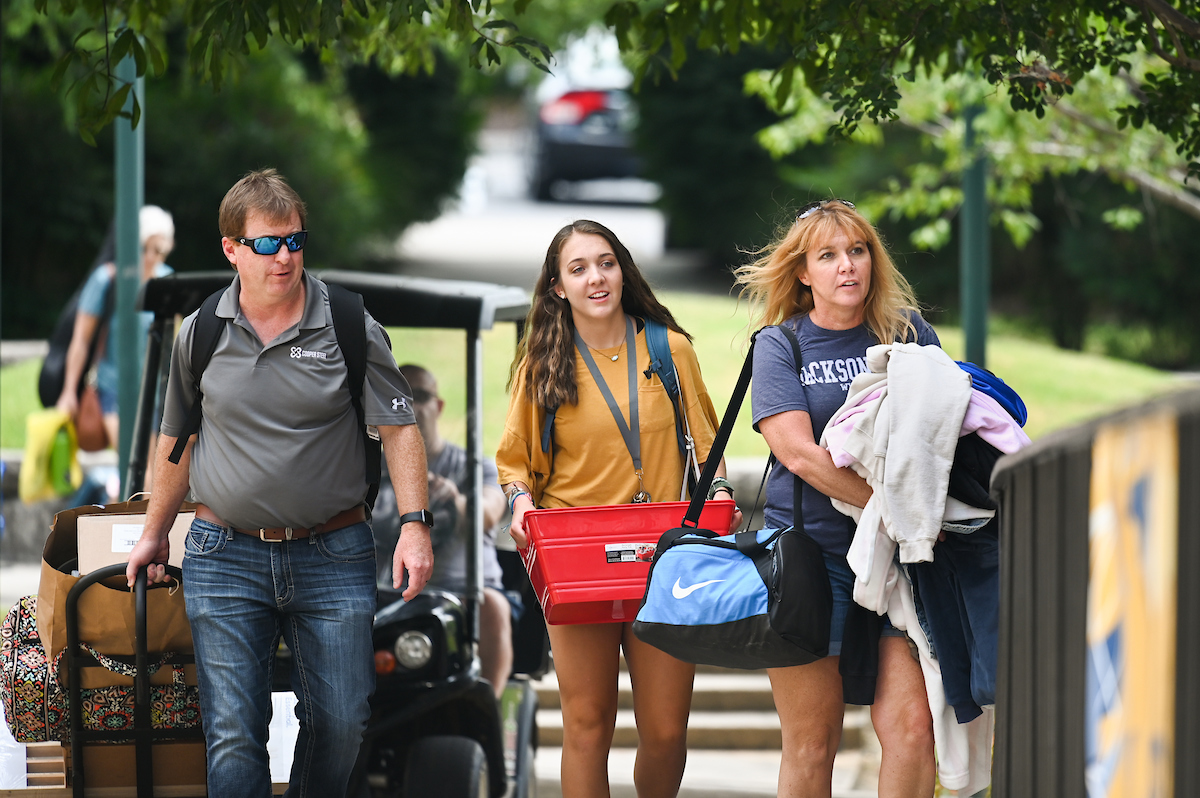 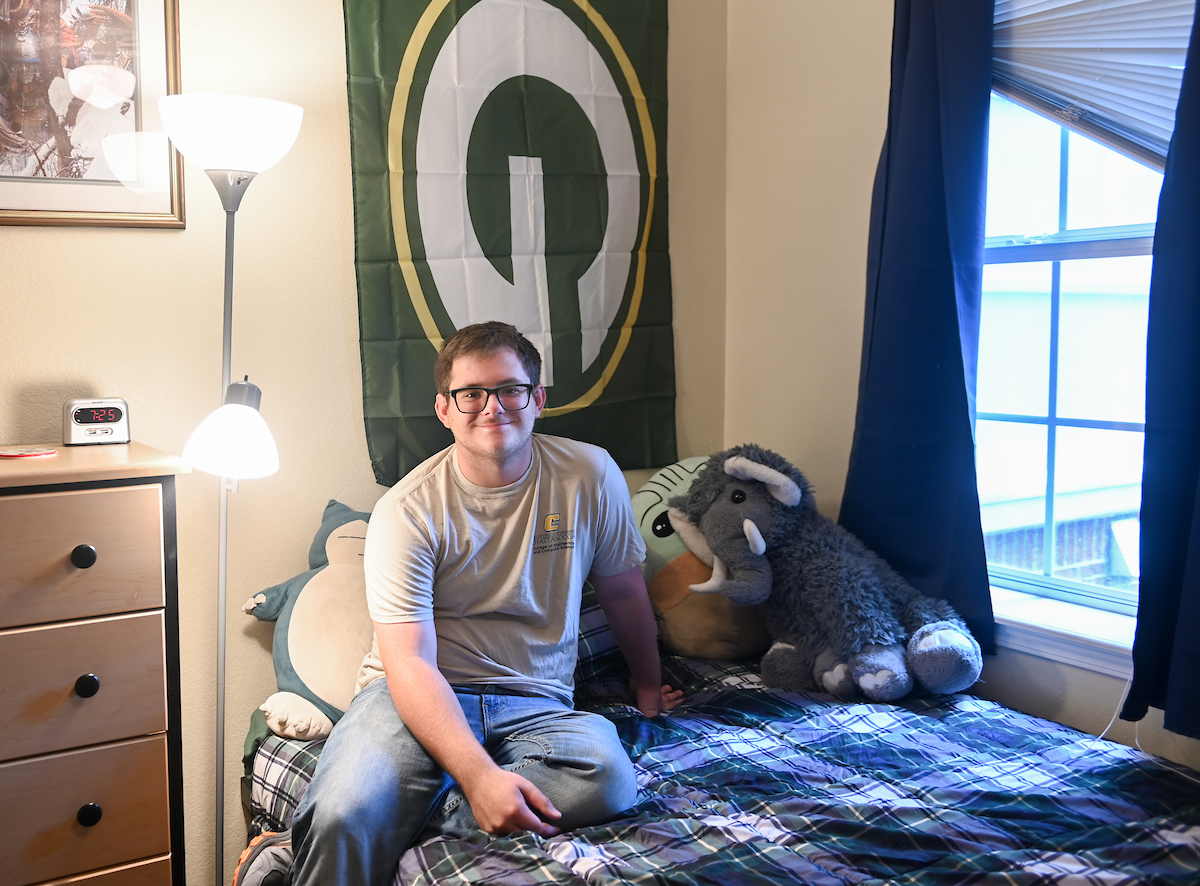