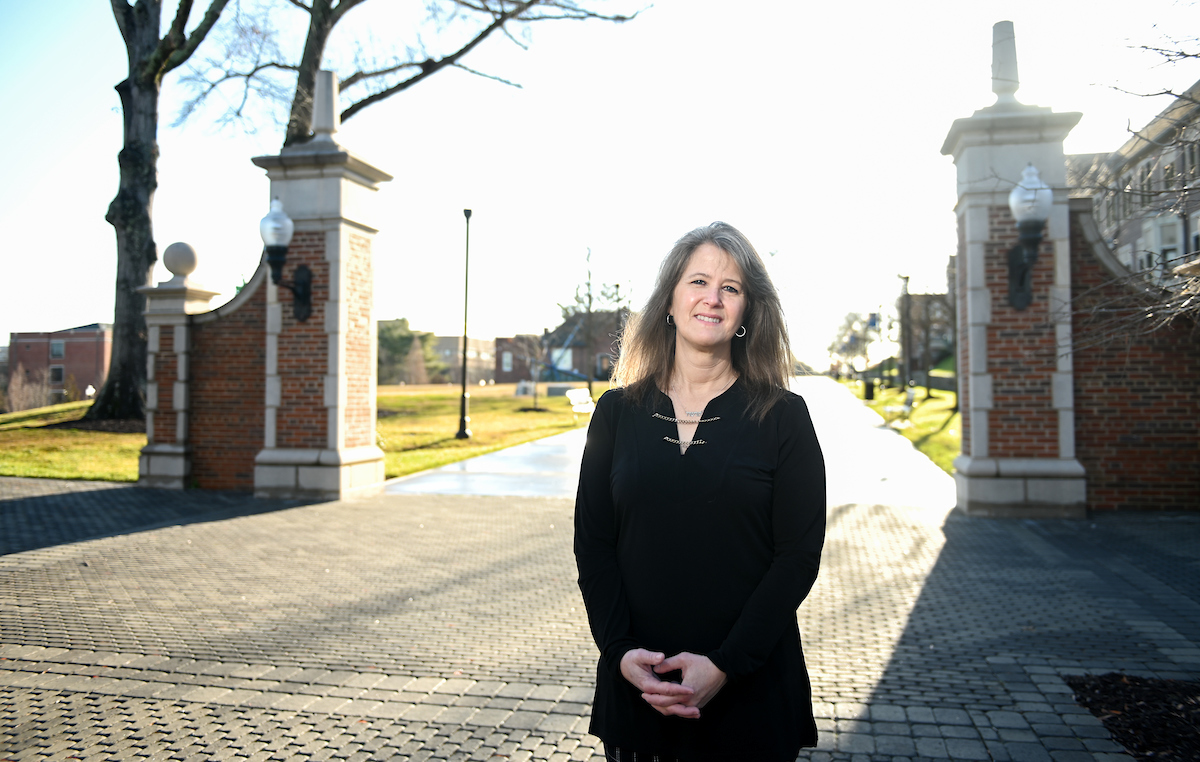 “I never lose sleep about students learning skills. That’s the easy part of the job. It’s effectively preparing them to swim with sharks and uphold public trust; that is what I lose sleep over,” Marisa Colston says.

Leading the research project to identify professional values for the athletic training profession is one of the most significant privileges of her professional career, Marisa Colston said.

Head of the Department of Health and Human Performance at the University of Tennessee at Chattanooga, Colston serves as the research liaison for the National Athletic Trainers’ Association (NATA) Professional Responsibility in Athletic Training (PRAT) committee.

For NATA, founded in 1950 with more than 45,000 members worldwide, sharing these values—known as CIRCA in athletic training circles—was big news.

“This was historical for the athletic training profession because there has not been a professional values statement before,” Colston said. “That was a substantial missing element for professional development. This fills a chasm that has been there since we were founded.

“Another thing that makes this significant is the process by which the values were identified.  Virtually all other health disciplines utilized used a top-down prescriptive approach for their values. Our NATA Board of Directors supported our research team to approach this a different way which was a bottom-up, grassroots approach utilizing the Raths, Harmin, and Simon method of values clarification. We wanted our members to be stakeholders to facilitate buy-in.”

Colston said the multi-year process began as a pilot study, but also was a continuation of a project over a decade ago by PRAT chair Gretchen Schlabach.

“Gretchen was the visionary one who led the charge in securing Board of Director support to determine the validity and importance of specific professional values among the members as a whole,” Colston said. “We worked from an original list of more than 250 different shared professional values that were identified by students in our Graduate Athletic Training Program at UTC.”

Those values were pared down to 16, which went in a survey to the Athletic Training Strategic Alliance, a coalition of four leading organizations that govern athletic training. From there, the NATA membership was surveyed.

Once the final five values were selected, a group of content experts developed definitions for each professional value along with sample behaviors, also called behavior identifiers. All members of NATA committees were surveyed to determine the level of agreement with the definitions and sample behaviors as the third and final phase of the research.

With the five values in place, the PRAT committee has been rolling out the values through numerous virtual chats, conference presentations and a soon-to-be-published manuscript. To assist athletic trainers in memorizing and implementing the shared professional values into their daily practice, the five values were arranged in a way that athletic trainers can easily remember the words, “CIRCA,” in this values-orientation approach.

“Values orientation involves something you can immediately recall, and CIRCA is what we’re about,” Colston said. “By remembering the first letters, you can quickly recall CIRCA and run through each value to help guide your behavior.”

The importance of having a shared professional values statement starts at the student level, Colston said. She pointed to real-world issues facing athletic trainers, ranging from coaches interfering with medical decisions to “headline news” items such as crossing personal boundaries, inappropriate relationships, misallocation or use of funds and other known or perceived conflicts of interest.

“I’ve been in education for many years, and I never lose sleep about students learning the hard skills of the profession. That’s the easy part of being an educator,” Colston said. “It’s effectively preparing them to swim with sharks and uphold public trust; that is what I lose sleep over.

“Students, as future health care professionals, need the foundational building blocks for good decision making that will prepare them to be proactive, rather than reactive thinkers when they encounter precarious situations.”

Colston said helping to identify the CIRCA shared values for her profession “has been one of the biggest honors and privileges of my career because it impacts all athletic trainers and encourages them to keep patients as the No. 1 priority.”

“This is something that we can market and show to the public and our healthcare colleagues in other disciplines. This is what we stand for,” she said. “Our conduct in professional and personal settings should reflect these shared professional values. Now we have something to help guide and direct that moral compass in making decisions.”