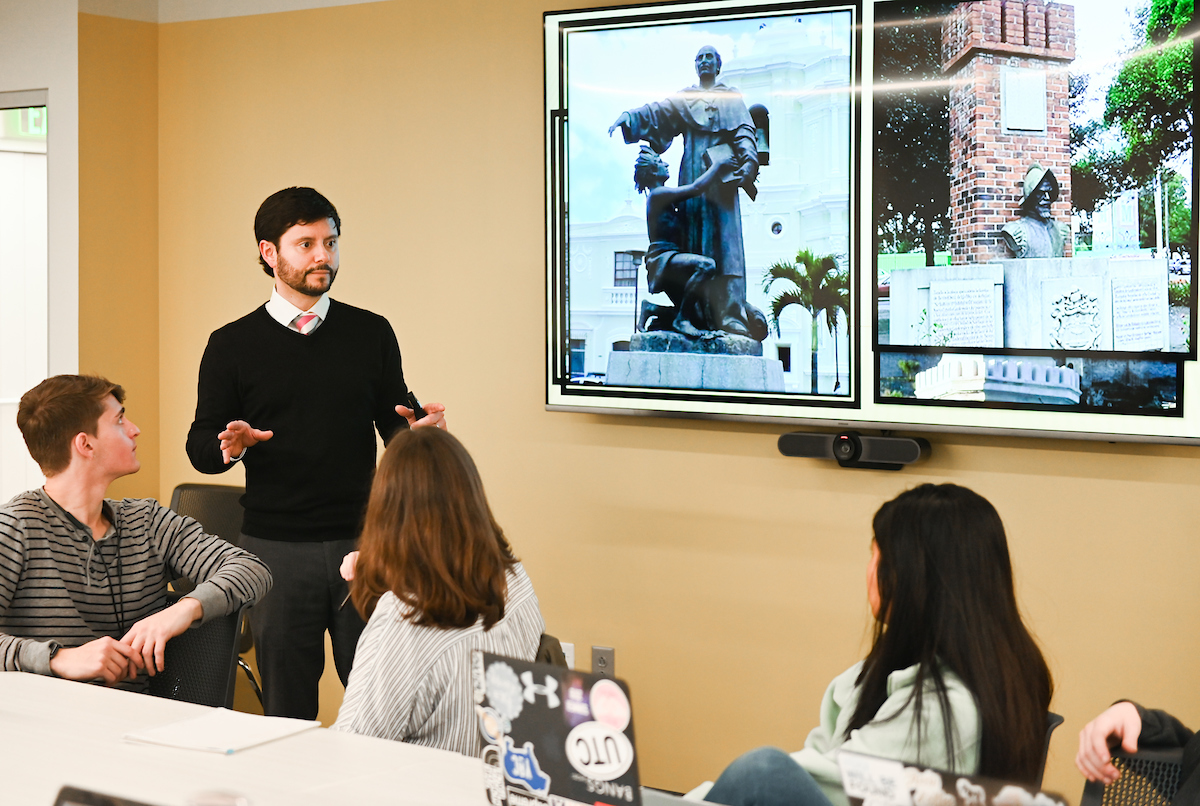 “I enjoy this month because it gives me a chance to talk about something that I find to be very important,” said Murillo, an associate professor of Spanish in the Modern and Classical Languages and Literatures Department at the University of Tennessee at Chattanooga.

National Hispanic Heritage Month celebrates the cultures and contributions of Hispanic and Latino Americans. Initially started as Hispanic Heritage Week under President Lyndon Johnson in 1968, it was expanded to a month-long observation in 1988 by President Ronald Reagan.

The UTC Office of Multicultural Affairs, in partnership with divisions and organizations across the campus, has numerous events planned as part of “Esperanza: A Celebration of Hispanic Heritage and Hope.”

The month-long celebration of Hispanic and Latin culture begins Sept. 15 with a kickoff event at the Multicultural Center’s Lupton Hall location from 11 a.m. to 1 p.m.

Highlights of the month’s festivities include:

A complete listing of activities can be found by clicking on the Multicultural Center’s Hispanic Heritage Month webpage.

The UTC Library is celebrating the month by featuring a series of special collections about Hispanic heritage, including electronic resources titled Race in Latin America, Afro Latin@s, Latin@s in the United States South and Afro Latin American Culture. The resources can be found by clicking on the Library’s Celebrating Hispanic Heritage webpage.