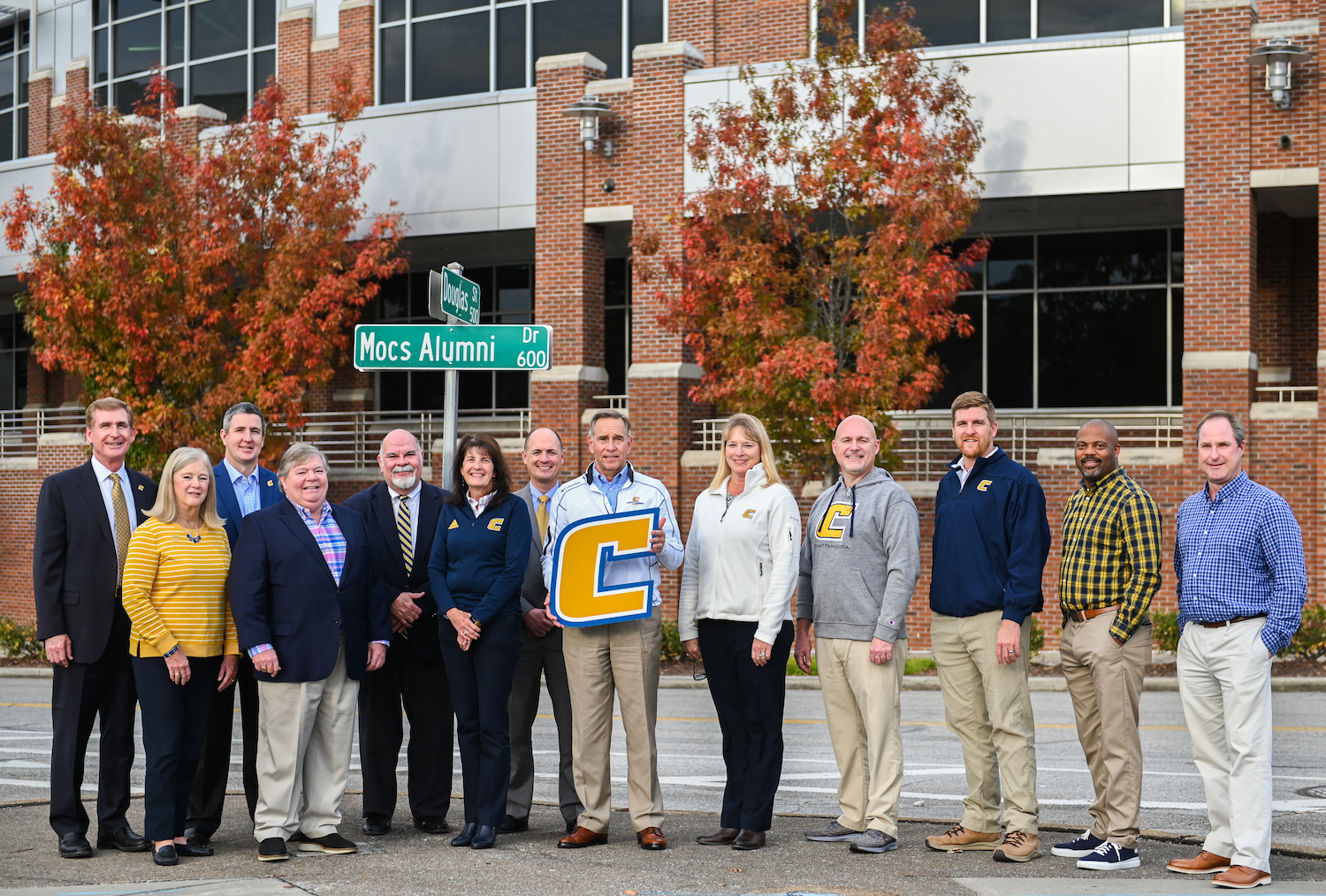 The renaming of a main thoroughfare through the University of Tennessee at Chattanooga campus, which quietly happened at the onset of the pandemic, is finally receiving its due.

The UTC Alumni Board was the driving force behind the name change. Drew Holland, a former board member who graduated from UTC with a bachelor’s degree in finance in 2008 and a master’s in business administration in 2011, led the charge.

“The spirit behind this whole thing was that we wanted something visible and tangible that said, ‘alumni,’” said Holland, who was nearing the end of his board term when inspiration struck. “When alumni come back to campus, they can see this and feel welcome, and the board took that idea and ran with it.”

Holland said he passed the project reins to Richard Johnson, who did the legwork.

“This was truly a team effort from Day One,” said Johnson, a 1981 UTC graduate, past president of the Alumni Board and a UC Foundation trustee. “Drew is exactly right about Fifth Street. It was high-profile, high-traffic, and it’s in the heart of UTC.

“We wanted to make sure that we used ‘Mocs’ in the street name because ‘Mocs’ incorporates not only the UTC graduates but also University of Chattanooga graduates. That was very important to us as we want it to be all-inclusive for everyone that’s ever been involved in this University.”