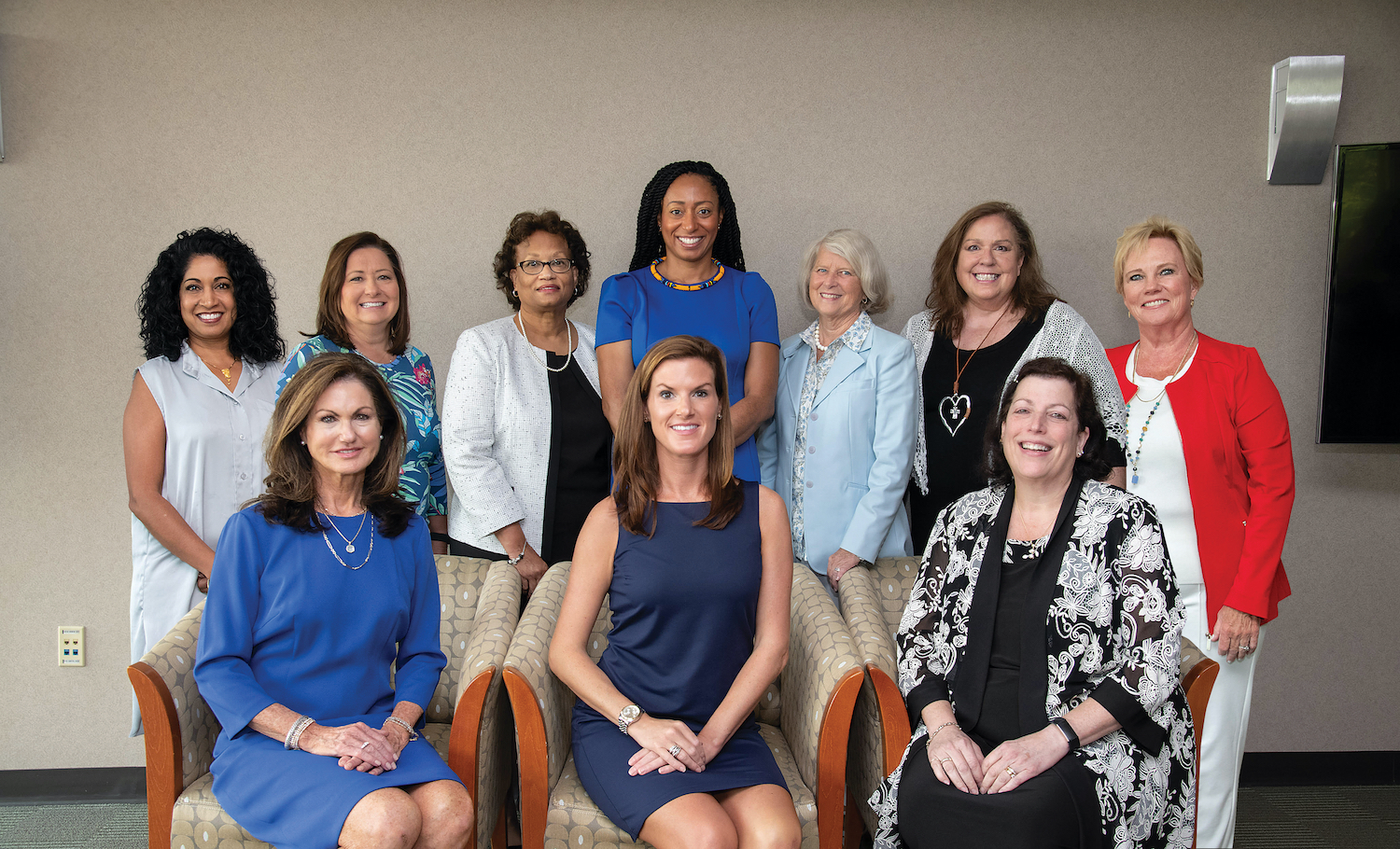 This year’s Women of Distinction of Greater Chattanooga annual award luncheon had a distinct University of Tennessee at Chattanooga vibe.

The luncheon, held Oct. 27 in the Chattanooga Convention Center, honored 10 women who have distinguished themselves in the local community through their civic, cultural, philanthropic, human service, environmental and professional contributions.

Of the 10, six have direct connections to UTC:

Women of Distinction of Greater Chattanooga honorees are recognized because they devote their time to improving the quality of life for others and are influencers in the community. Since 1983, more than 300 local women have been honored.

Shewanee Howard-Baptiste was named vice provost for academic outreach effective Aug. 1. She spent the 2020-2021 academic year as the interim director for the Master of Public Health in Chronic Disease Prevention and Control Program. She joined UTC in 2013.

“I am honored to be amongst other women who have been staples in the city, state and region who have had such a positive impact on the communities that we serve. These women have had a phenomenal impact on our community in so many different areas, and it’s an honor to join some of these past honorees who I know personally, like Dr. Jennifer Ellis and Nicole Brown, and her colleague Dr. Martina Harris who was awarded the Unbought and Unbossed Award. These people have supported my professional growth and development here since I arrived in Chattanooga eight years ago. To have that same award and acknowledgment is really special.”

“It is an honor to know that I will stand with five other UTC alumnae as we receive this honor together. I am thankful for an academic institution that values not only the contributions of women, but one that has helped to mentor women towards strong leadership in their communities.

“In today’s society, and especially in a female’s leadership role, kindness from women can sometimes be greatly underestimated or undervalued. That is unfortunate because I believe that a woman’s kindness comes from an incredible internal strength that the woman possesses.  And that is a beautiful and powerful thing.”

Donna Lawrence served more than a decade on the UTC Alumni Board in various roles, eventually rising to president. She was a longtime member of the UC Foundation Board of Trustees and has served on the UTC Chancellor’s Roundtable, the UTC Athletics Board and the Chancellor’s Multicultural Advisory Council. She currently represents UTC on the University of Tennessee System’s statewide Alumni Association Board of Governors and is a member of the UT President’s Council.

“I am deeply honored and grateful to be recognized as a Woman of Distinction honoree this year.  It is especially exciting to be sharing this honor with women who share a common love and bond for UTC and are incredible role models.  I am so thankful for the unconditional love and support of my mother, father, husband and two daughters.”

Daisy Maurya-Ballard is co-owner of WillowStreet Properties Real Estate Investment and Development Group. A cheerleader and member of Alpha Delta Pi sorority while attending UTC, she graduated in 1992 with bachelor’s degrees in English and American language and literature and communication.

“It seems a little bit surreal to be selected for the honor because of the presence of the women that I’m among, as well as the women who were selected in years prior. I mean, it’s incredibly humbling. And then I have a sense of gratitude that somehow, someway, I was selected for the honor. I feel like I’m so normal compared to all the other ladies who were chosen. It sounds so cliché-ish, but I’m honored and humbled and grateful to be among all these distinctive honorees who are female leaders within the community.”

“Being selected as a member of the class of 2021 Women of Distinction of Greater Chattanooga is truly a highlight of my professional career. I am grateful to my colleagues at the University of Tennessee at Chattanooga who sponsored my nomination and the selection committee for granting me this prestigious recognition.

“Throughout my career, I have been privileged to work with many gifted and committed co-workers who—along with my husband, Dr. Ray Smith—have encouraged and helped me in every endeavor in which I have engaged, and I share this recognition with them. The teaching opportunities I have had throughout my 25 years of association with the Department of Physical Therapy at UTC, coupled with my passion for helping children with mobility challenges, have afforded me many service opportunities for which I am thankful in my local community, nationally and internationally.”

Amy Walden is chairman and chief executive officer of Walden Security, the fifth-largest security company in North America. Along with her husband, Michael, a U.S. Navy veteran, the Waldens established a $1 million endowment for the UTC Veterans Entrepreneurship Program, which helps veterans transfer their military skills to the civilian world and become successful entrepreneurs.

“Throughout my life and in my position as CEO of Walden Security, it has always been my goal to reciprocate the support and generosity of the Chattanooga community by advocating for the advancement and well-being of our citizens. I am truly honored to be recognized as a Woman of Distinction and to be included in this outstanding group of accomplished honorees.”