by Chuck Wasserstrom November 5, 2021 — No Comments 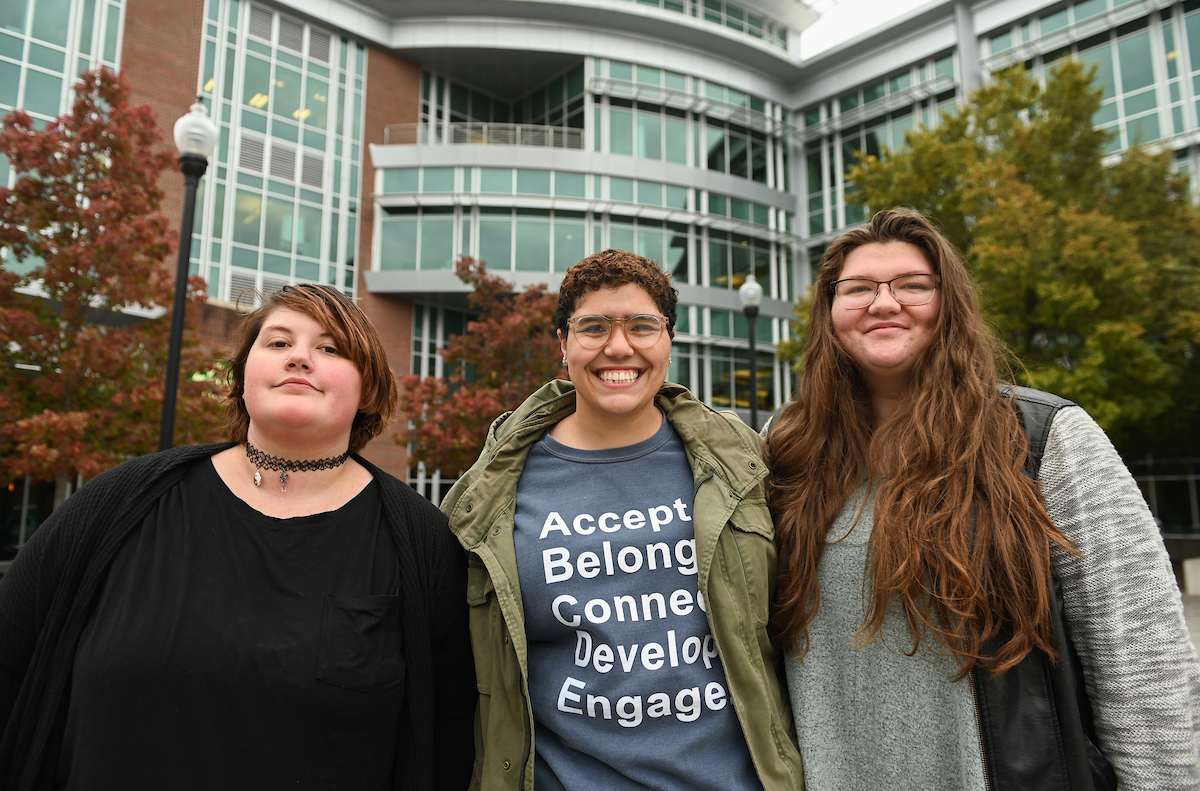 Tobias Headrick, Katie Crutchfield and Shyanne Machotka, from left, are the first members of their families to enroll in college. 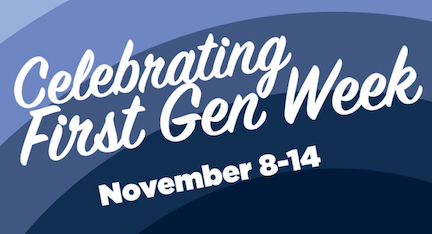 Now in its third year, First Gen Week has daily events from Monday, Nov. 8, to Sunday, Nov. 14, including:

The complete First Gen Week programming list can be found by clicking on the event’s web page.

Their stories of what it’s like to be navigating campus might be similar, but every first-generation college student’s journey is different.

First-generation students come from all walks of life. Some are from more vulnerable communities. They are of many racial, ethnic and religious origins. There are international students and those who don’t fit the traditional student mold.

More than 2,000 current UTC undergraduates self-identify as first-generation college students, including 550 fall 2021 freshmen, according to the University’s Office of Planning, Evaluation and Institutional Research (OPEIR). People of color account for 32% of first-generation students.

OPEIR research also showed that, in the last three years, UTC awarded more than 1,300 bachelor’s degrees to first-generation college students from 65 Tennessee counties and 13 other states.

Crutchfield is on a path to join that list next spring. A native of Greenbrier, Tennessee, a town north of Nashville with a population roughly half of the size of the UTC student body, she calls her first-generation story “a little bit complicated.”

“Neither of my parents actually got a high school education,” Crutchfield explained. “I was then adopted when I was 13, and neither of my adoptive parents went to college, either. So lots of no higher education anywhere, but lots of encouragement to do it.

Crutchfield didn’t know that first-generation programming “was a thing” when she arrived at UTC. “I didn’t realize I was a first-generation student when I got here. I just thought you went to college or you didn’t,” she said.

As she researched resources in navigating her first-year experience, she stumbled upon the first-generation page on the UTC website.

“I immediately reached out to Dr. Edenfield and asked, ‘How do I become a part of this? Can I be a mentee? Can I be a mentor? Can I live in the residential learning community? Can I do all that?’ I wanted to be a part of a group of people who kind of knew what it was not to know anything,” Crutchfield said.

“I went headfirst into it. I started and I haven’t stopped. I’m a first-gen mentor. I live in our first-generation residential learning community. I’m all in. I wouldn’t trade it for anything.”

Two of her mentees this fall are freshmen Tobias Headrick and Shyanne Machotka.

Headrick was not planning on attending college until junior year in high school. “Then I got stuck in a statewide dual credit class; I was the only one who passed the exam. I got a college credit and I thought, ‘Wow, maybe I can do college.’”

Headrick said being mentored by Crutchfield has been “Really nice. It makes me feel less alone in a process that can make you feel like you’re drowning sometimes.”

Machotka said her father and brother went to trade schools, opting for hands-on work over bookwork. Her mother got sick and had to balance that with working and raising children; she didn’t go the college route, either.

First-generation students face the same struggles as other students, sometimes exacerbated by a feeling that they’re blazing a new trail on their own.

Machotka immediately realized she had someone she could turn to in Crutchfield.

“Having her around has been pretty great,” Machotka said of her mentor. “Honestly, I talk to her about everything, even if it’s complaining my head off. If there’s an event and I don’t know who to sit by or talk to, she’s always there. She is someone who has your back no matter what and who’s going to talk you through everything that you’re confused about.”

Crutchfield said First Gen Week programming highlights a group of students who may not get recognition for all they bring to UTC.

“First Gen Week events, mixers, the kickoff, the breakfasts; everybody can come and hang out with other first-gen students, and it is so important,” she said.

“To me, this is something to be celebrated, and having the University recognize that is pretty much saying, ‘You’re welcome here. You worked hard to get here. You deserve to be here just like everybody else.’”