by Chuck Wasserstrom January 6, 2022 — No Comments 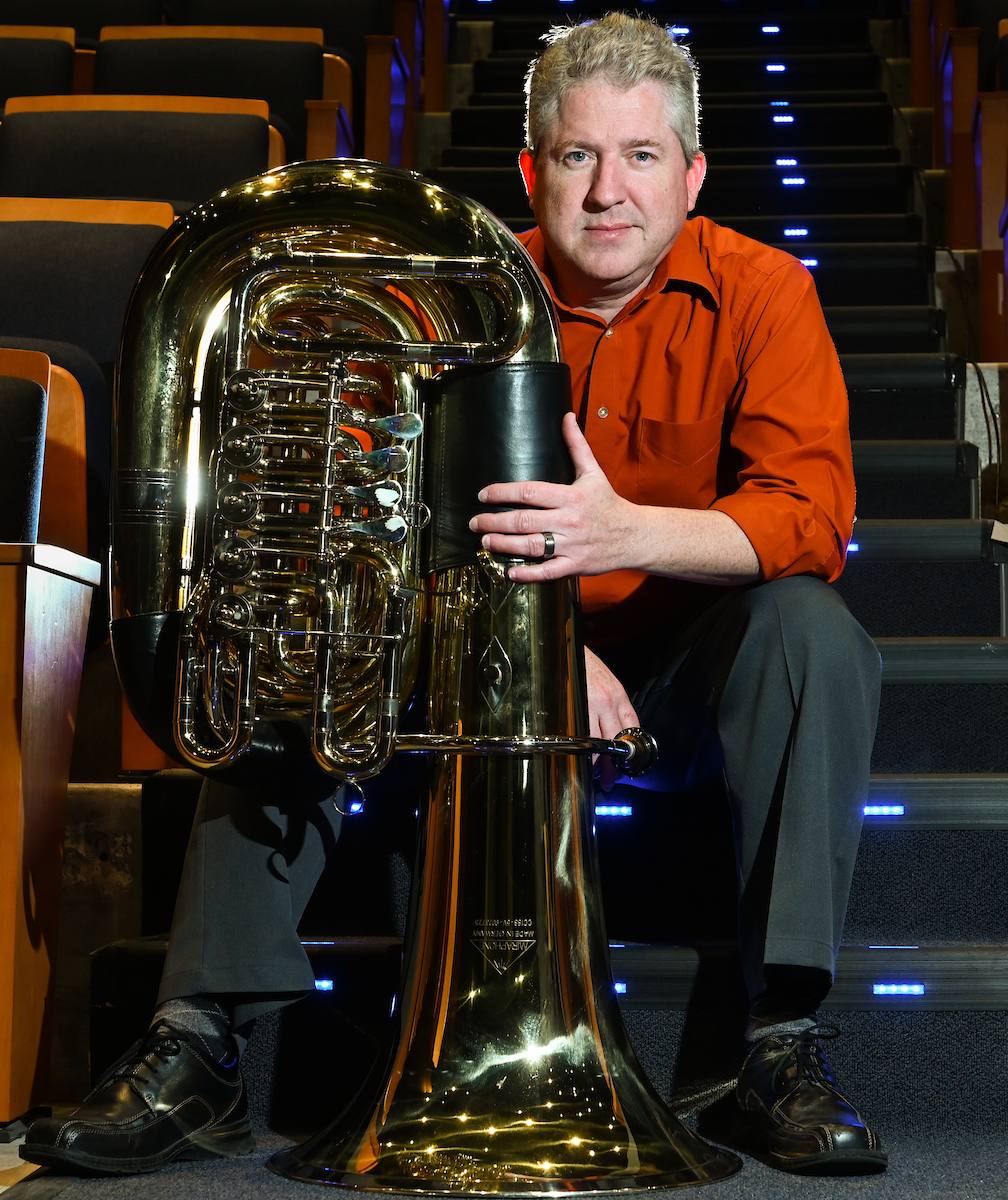 In case you missed it over winter break, Kenyon Wilson went viral.

It all started when Wilson, associate head of the Department of Performing Arts at the University of Tennessee at Chattanooga, put a lighthearted post on Facebook.

To recap, “My semester-long experiment has come to an end,” he posted on Dec. 8, the day after finals were over.

“At the start of the term, I placed $50 in one of our lockers and included the locker number and combination in my syllabus for a class with over 70 enrolled.”

The goal was to see if the 50 bucks would be claimed because a student had read the syllabus thoroughly.

“What academic shenanigans should I try next?” Wilson asked on Facebook.

You might have missed the post, but CNN, The New York Times and NPR didn’t. Neither did the CBS Morning Show, radio shows in Canada and Australia and a host of other media entities.

“Oh, it was just insane,” Wilson said. “I don’t recommend going viral if you can avoid it, but it definitely was an interesting thing.

“The story transitioned from, ‘Hey, look what I did,’ to ‘Wow, look what the world did in reaction to it.’”

Wilson waited until the end of fall semester to see who took home the cash prize. After opening the locker, seeing the $50 bill and talking it over with a few friends, he decided to pen a 52-word Facebook post.

“When I went to open the locker, I thought I’d be writing a congratulatory post,” he said.

“I honestly debated whether to post anything because I didn’t want to paint my students in a negative light. I mean, they’re great kids, and they’ve all been wonderful sports about this.

“The syllabus is a pretty dry document, and I just thought, ‘Let me reward somebody for being the first to read it.’ And admittedly, this course was one that the students don’t have to read the syllabus because it’s a repeating course. Some students have taken the course now for eight semesters. Maybe that’s why I got away with it.”

Wilson’s post received a few shares from friends on Dec. 8. The next day, there were around 300 shares, he said, “and I started getting people that I’ve never heard of sharing it.”

By the weekend, in the midst of conducting the Chattanooga Brass Ensemble through three UTC commencement ceremonies, Wilson found himself balancing the national anthem and the world of social media. The post had gone viral.

“I’m at graduation and I have professors coming up to me going, ‘Oh, I love this,’ and I have former students playing in the Brass Ensemble thinking about how funny this was,” he recalled.

“The post had now received over 1,000 shares, and it just had gone insane. Somebody pulled it over to Twitter and that got retweeted 59,000 times.

“Then I got a call from Canadian Public Radio, which was the first sense that it had gotten a little out of control. Then it was CNN, the New York Times and a lot of small-market stations.”

As the different media entities reached out to him, they asked for students to talk to about what had now become a source of humor.

“I obviously checked with the students because I needed their permission, but I made sure to ask a different student for each interview,” he said. “Hopefully, they got something out of it, a little bit of fame for them.”

Wilson acknowledged that the unexpected dose of fame has its perks.

“I’m a composer,” he said with a laugh, “and I’d love to be famous because someone loves my music. This is not exactly where I expected to hang my internet hat on, but we don’t pick and choose these, do we?”

With classes for the spring semester beginning on Monday, does Wilson have an encore performance in store? In other words, what “academic shenanigans” should he try next?

“I have debated with myself about it. I certainly can’t get away with something, or at least I wouldn’t have the same result, which is fine,” he said. “It’s still a work in progress, but not without a lot of suggestions.

“Since the students were such good sports about it, I’d love to find a way to give them something.”