Andrea Wulf, historian and author of The Invention of Nature: Alexander von Humboldt’s New World, will visit UTC on Oct. 5 to give a lecture, sign books and interact with students, faculty, staff and Chattanooga community members.

Where: UTC Campus
• 4-4:45 p.m.: Book signing and general reception outside of University Center Auditorium.
• 5-6 p.m.: Lecture on The Invention of Nature lecture in the UC Auditorium.
• 6:15-7:30 p.m.: College of Arts and Sciences-sponsored VIP reception (invitation only). Library Fourth Floor

In The Invention of Nature, her latest book, Wulf writes about the extraordinary life of visionary German naturalist Alexander von Humboldt (1769-1859) and how he created the way we understand nature.

Though almost forgotten today, his name lingers everywhere from the Humboldt Current, which flows north along the western coast of South America, to the Humboldt penguin, which breeds in coastal Chile and Peru.

Humboldt was an intrepid explorer and the most famous scientist of his age. His restless life was packed with adventure and discovery, whether climbing the highest volcanoes in the world or racing through anthrax-infested Siberia.

Perceiving nature as an interconnected global force, Humboldt discovered similarities between climate zones across the world and predicted human-induced climate change. He turned scientific observation into poetic narrative, and his writings not only inspired naturalist Charles Darwin, poet Charles Wordsworth and writer Johann Wolfgang Goethe, but also politicians such as President Thomas Jefferson. She traces Humboldt’s influences through the great minds he inspired in revolution, evolution, ecology, conservation, art and literature.

Wulf argues that it was Humboldt’s influence that led naturalist John Muir to his ideas of wilderness preservation and shaped Henry Thoreau’s Walden. In The Invention of Nature, she traces Humboldt’s influences through the great minds he inspired in revolution, evolution, ecology, conservation, art and literature, bringing him back to life. 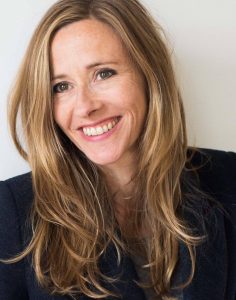 Andrea Wulf is an award–winning author of five acclaimed books, including The Founding Gardeners and The Invention of Nature, both of which were on the New York Times Bestseller List. The Invention of Nature, published in 2015, has won many awards, including the Royal Society Science Book Prize 2016, the Costa Biography Award 2015 and the L.A. Times Book Prize 2016 in the United States. It was chosen as 10 Best Books of 2015 by the New York Times. Wulf also co-presented British Gardens in Time, a four-part BBC TV series that aired in 2014. She appears regularly on radio and television.

1 Comment » for Award-winning author Andrea Wulf to speak on Oct. 5