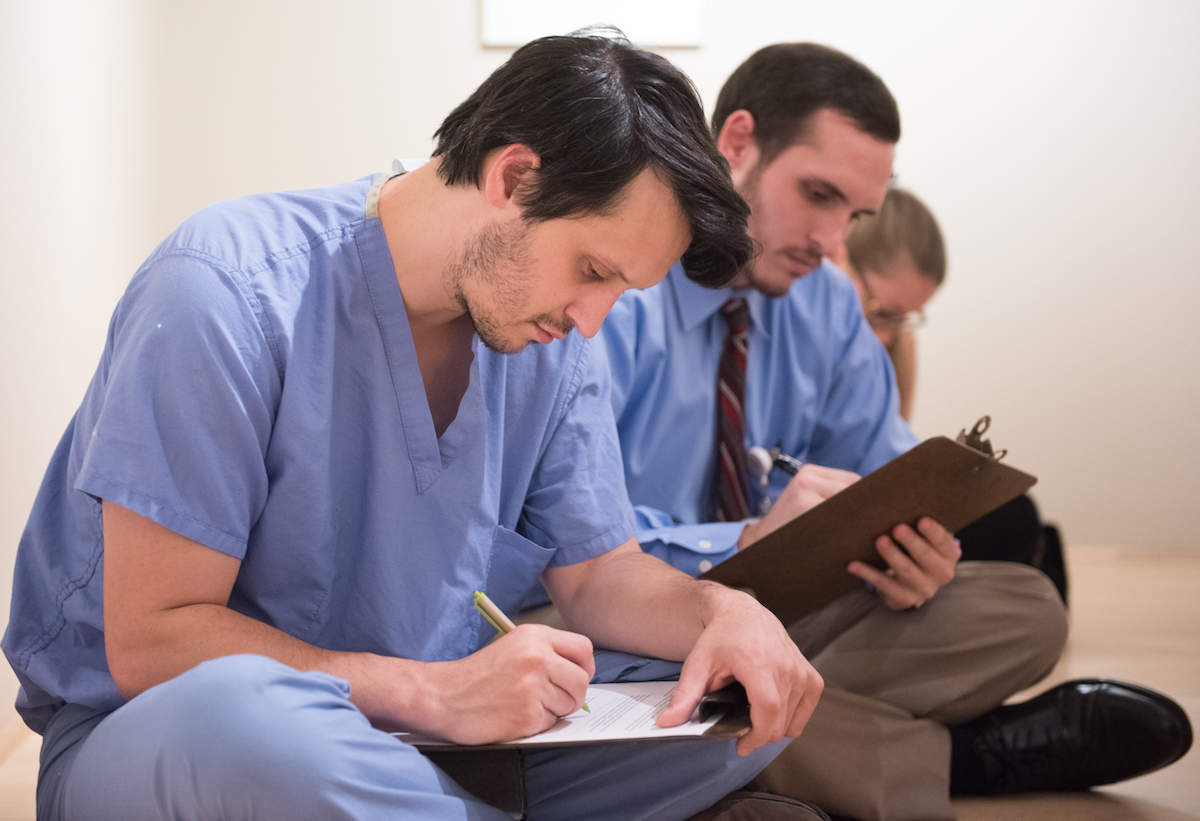 Third-year medical students participate in The Art of Balance and Diagnosis, a program created by UTC, Erlanger Hospital and the Hunter Museum of American Art. 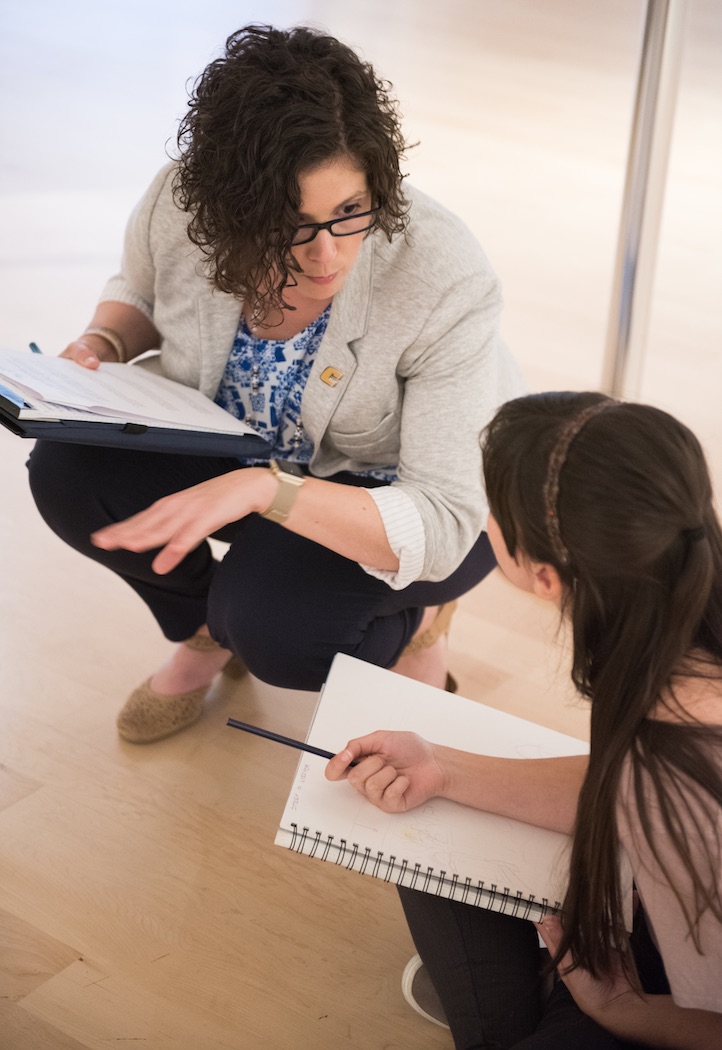 Laurie Melnik, executive director of the Southeast Center for Education in the Arts at UTC, is one of the creators of the Art of Balance and Diagnosis program.

The painting is mostly shades of brown and gray with a few splotches of yellow and swaths of green. Well-worn buildings in a well-worn town are in the background, including a red-brick church that stands out.

There are no people, just buildings that seem abandoned. Under an anemic sun, dead or dying sunflowers droop and the branches of near-leafless trees seem to beg to the sky.

A group of medical students from Erlanger Hospital sit on the floor of the Hunter Museum of American Art, soaking in the painting, titled “December Sun” by Charles Burchfield. They are asked what they see in it from the standpoint of where they’d like to practice medicine when they graduate. One student says he grew up in the north so he can imagine coming home after a day at work, lighting a fire and getting cozy. A town where she wouldn’t want to live because its quiet solitude is the polar opposite of the energy in a big city, another offers.

UTC graduate Michael Hankins (’14) says it reminds him of Linden, the small Tennessee town where he was raised, so it is familiar and somewhat comforting. That’s the point of Art of Balance and Diagnosis, a class designed to help medical students touch base with their emotions, to drain some of the stress. While mixing art with medicine may seem somewhat akin to dancing about architecture, the program helps students understand that they’ll be better doctors if they give themselves permission to step off the treadmill, if only for a little while.

“How can we equip physicians in training and develop some habits really early in their practice where they’re starting to ask questions about how are they taking care of themselves?” asks Laurie Melnik, executive director of the Southeast Center for Education in the Arts at UTC and one of the program’s directors.