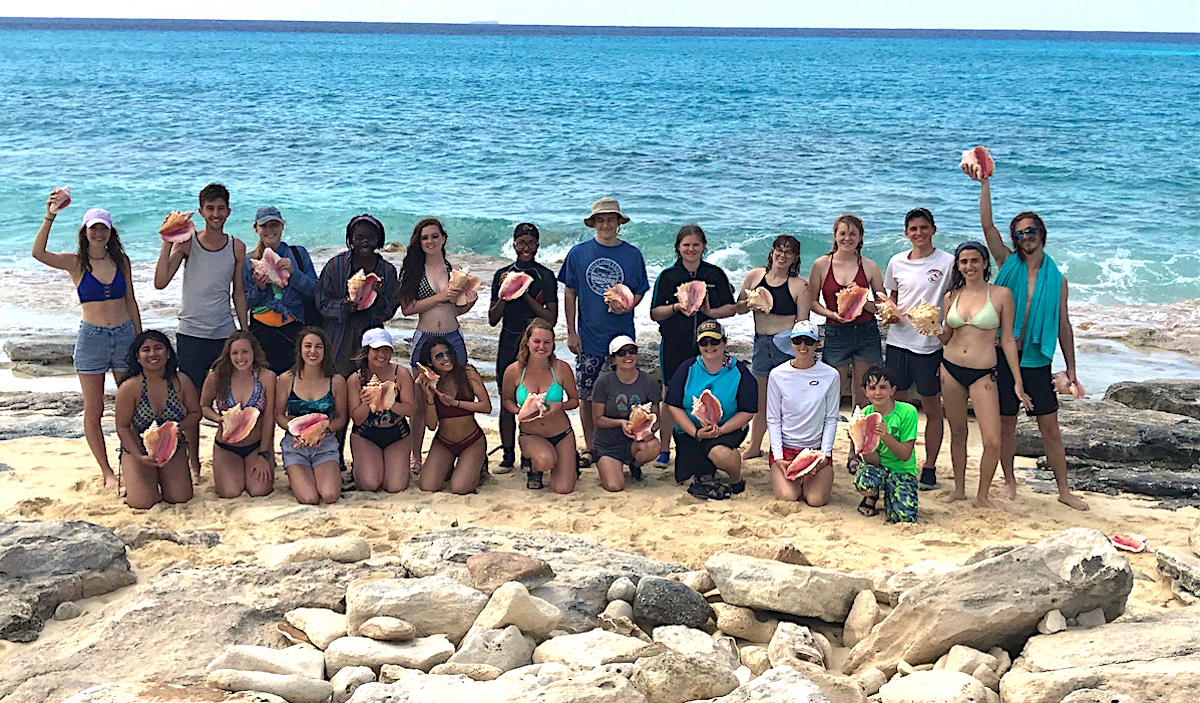 Over Spring Break, a group of about 20 students from several different majors traveled to the Bahamian island of San Salvador to conduct scientific research. 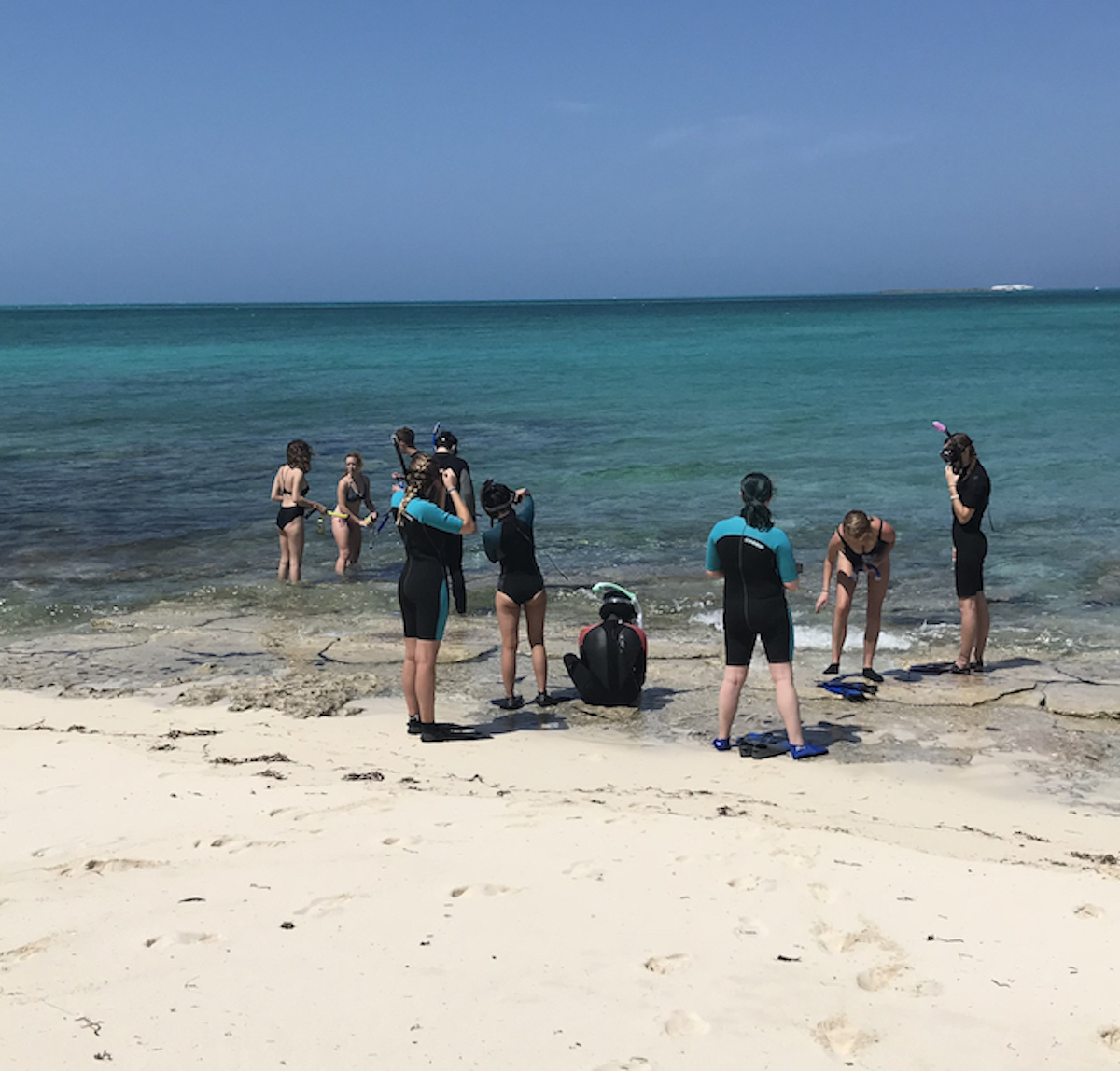 While on San Salvador, students also went snorkeling in the crystal-blue waters.

Most folks head to the Bahamas for a week of sun, sand and surf.

Elena Nourabadi headed there for a week of work, research and roughing it.

Conducting biological, botanical and geologic research isn’t the first thing that comes to mind for most business students. But for Nourabadi, a sophomore in business marketing at UT-Chattanooga, her recent trip to the Bahamian island of San Salvador “was one of the most important experiences that I’ve had in my life and educational career thus far.”

“I deeply believe in a holistic education and trying to learn the most I can in subjects that will not be necessary to me in my field of study,” she says. “It is so important to me to use college as a means of learning not just what I need for a job, but what I need to be a successful and participating member of society and a scholar.

The visit to the tiny island — population about 1,000 and located on the far eastern edge of the Bahamas—was part of an annual spring break visit to the island that UTC students and faculty have made for the past 20 years. The program, sponsored and subsidized by the UTC Honors College, is a designated experiential learning course through ThinkAchieve.

This year, a group of about 20—all the students were enrolled in the Honors College—made the trek to live and work at the Gerace Research Center, a concrete-block, frills-free facility built on the site of a former U.S. Navy base.

“We have a lab space that’s completely empty, so we have to take everything that we think we’re going to use for the scientific research projects,” says Dawn Ford, executive director of the Walker Center for Teaching and Learning. “If we don’t have it, we have to figure out a solution. It really helps with creative and critical thinking.”

Students must keep a journal while on the island and, after returning, must write a paper and make a presentation to the class.

During their time on San Salvador, students learn “to appreciate the culture, to appreciate scientific research in that it can be done by anyone; you don’t have to be a scientist,” Ford says.

“It’s just  very rewarding to see the students get a positive impact from it … outside of going to the beach in the Bahamas on spring break.”

Ford first made the trip when she was a student at Miami University, continuing to travel to San Salvador after she was hired as faculty at the school; she brought the program to UTC when she was hired here in 1997. She estimates that she’s been to the island about 25 times if you include her visits strictly for vacation.

The island is a smorgasbord of science. There are endangered green sea turtles swimming in the waters that surround San Salvador. Islands in the Bahamas are especially susceptible to invasive plant species and San Salvador has an abundance; there also are invasive fish species, including the poisonous lionfish.

The entire Bahamian chain—more than 700 islands—was devastated by Hurricane Joaquin, a Category 4 storm that slammed directly into it in 2015, tearing up roads, ripping down electrical lines and wrecking buildings. San Salvador still shows signs of the damage, including the loss of a particular species of seaweed which was torn away in the hurricane and hasn’t repopulated, Ford says.

Cut off from the mainland with most of their food and supplies shipped or flown in from Nassau or Florida, San Salvadorans pretty much had to make it on their own.

“Here, you can go get your car serviced or call a plumber,” Ford says. “There, you’re laughed at if you can’t do it yourself.”

A damaged house means the owner must pull out the tools and fix it himself, Nourabadi adds.

“One has to gather his own supplies with his own friends and build his own house back up,” she explains.

While on the islands, students not only study the island’s plants, marine life and geology, they also interact with native Bahamians, giving the program a personal touch and giving the students a taste of Bahamian culture.

“The impact it has is kind of hard to explain,” Ford says. “You get exposure to a different culture in a remote location without much influence of modern society.”

But they also get time to snorkel in the crystal-blue waters filled with coral, plant life and hundreds of brightly colored fish.

For Nourabadi, every aspect of the trip left a deep impression.

“Being exposed to a culture so rich and so different from our own was incredibly eye-opening and the Bahamians are people I will never forget for the rest of my life,” she says. “I learned so much about myself and who I am as an individual, a team member and friend than I learned throughout this entire year of college.” 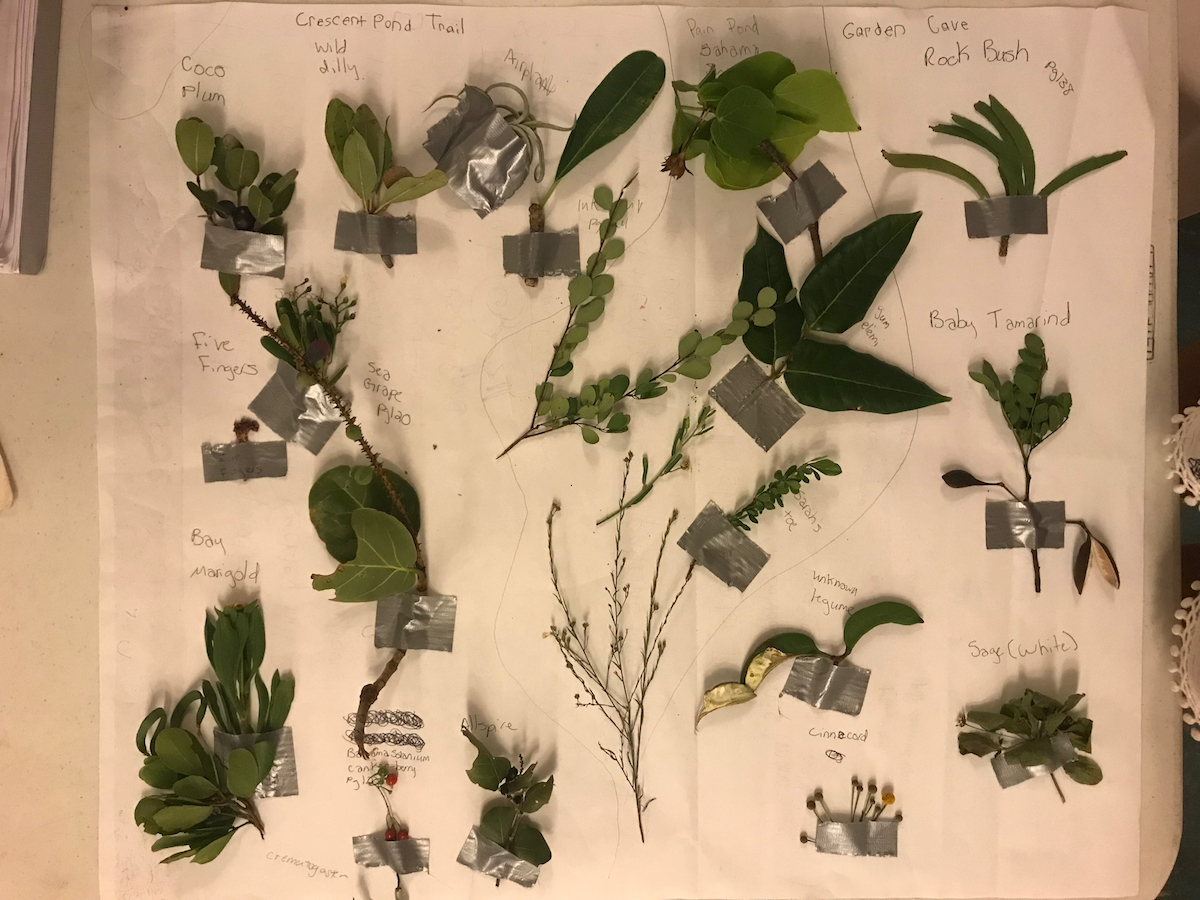 Many species of plants were gathered on San Salvador for botany experiments. 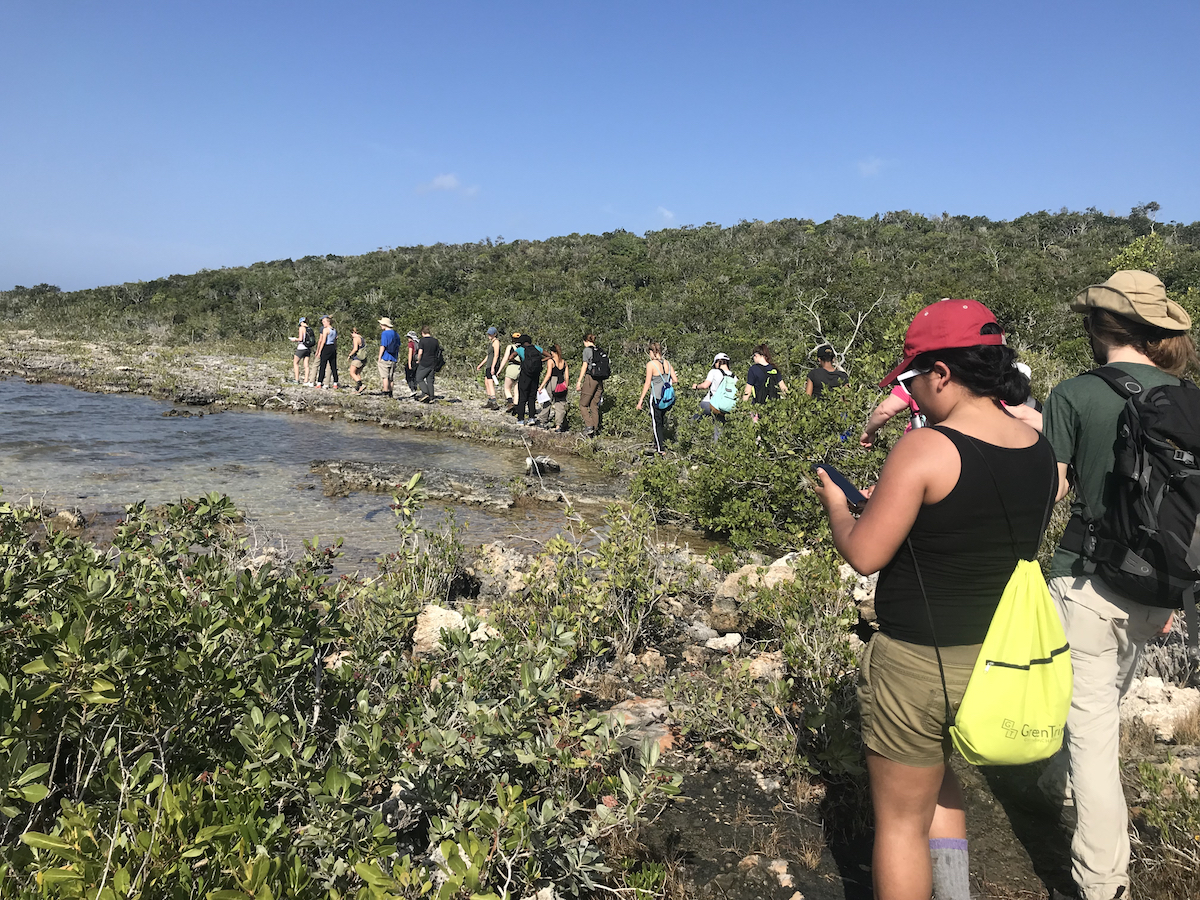 One of the jobs of the students was to update the guide for a 2.1-mile trail. Thel guide had not been updated for 24 years. 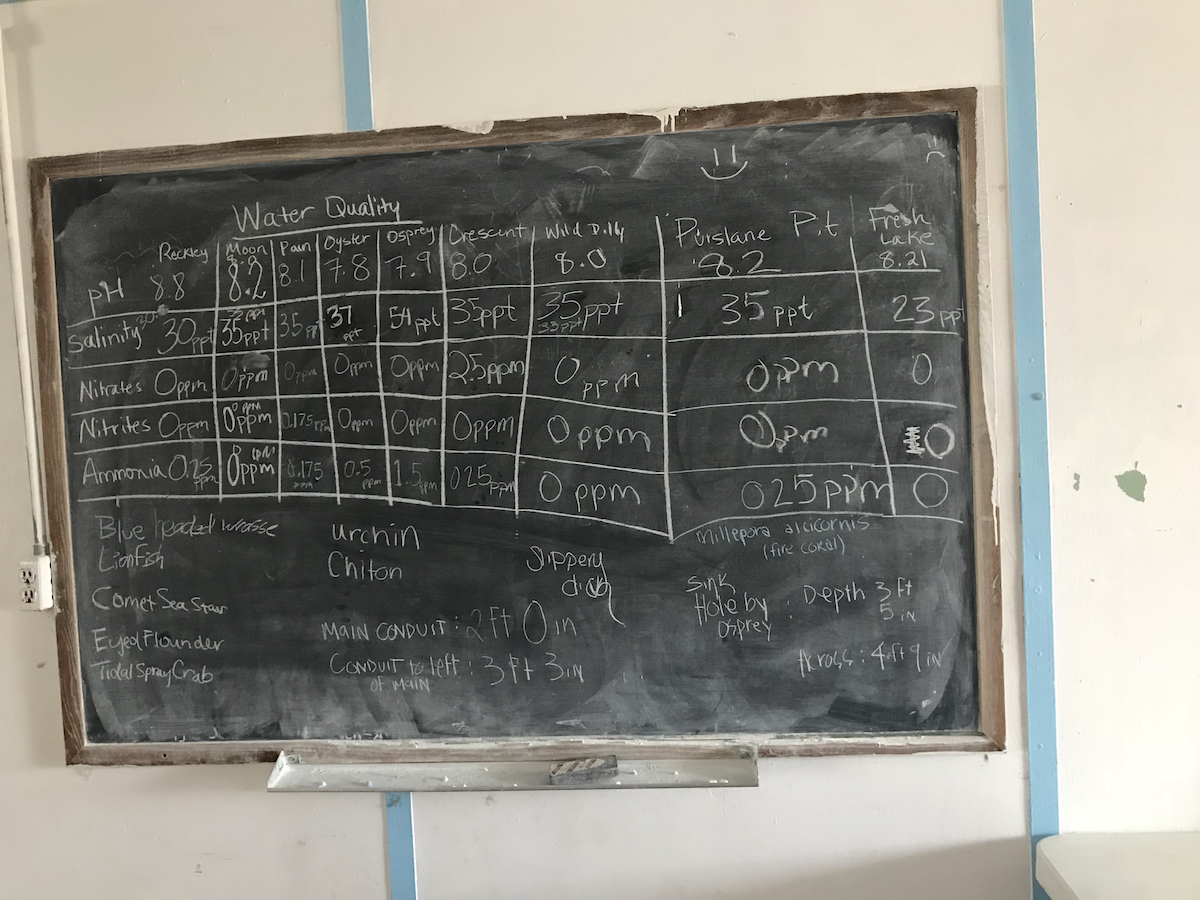 Among the scientific tests were examinations of water quality on the island. 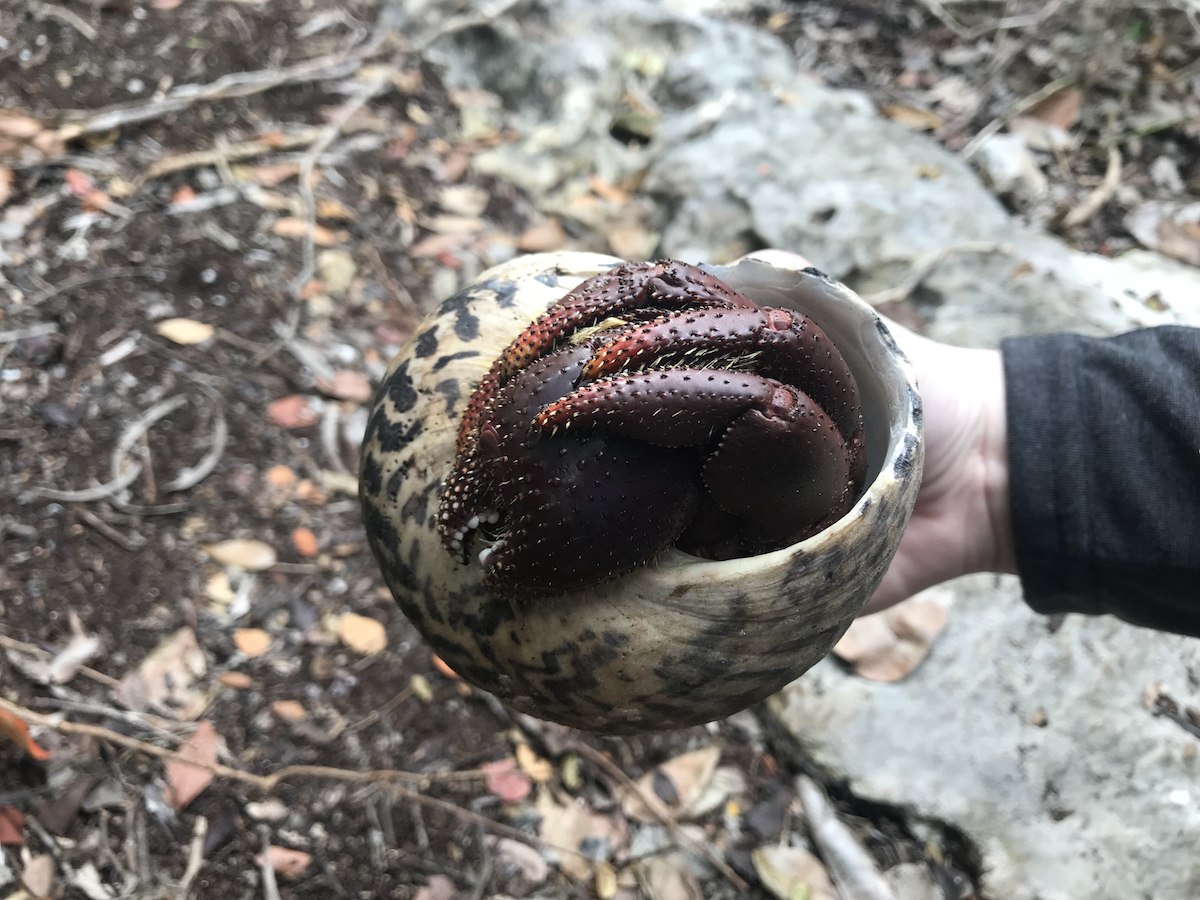