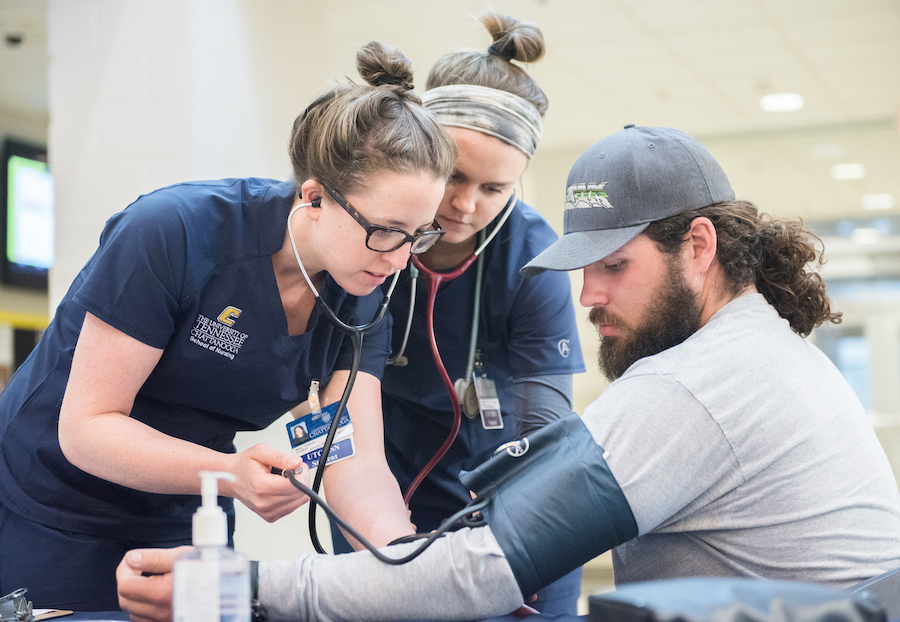 Anyone who wants to practice nursing in Tennessee must pass the NCLEX.

Sixty-seven students who had earned a bachelor of science in nursing took the exam, about half in February, the others in June and July. Anyone who wants to practice nursing in Tennessee must pass the test, known in nursing circles as the NCLEX.

“Our continued success is a result of the hard work and diligence from both the students and faculty,” said Angel Collier, associate director of the School of Nursing. “I would like to thank every faculty member involved in the education of our BSN students. Your dedication directly contributed to our students’ academic success.”

In the last 12 years, the UTC School of Nursing’s percentage for passing the exam on first try has never dropped below 88 percent, three percentage points above the absolute minimum for a nursing school to maintain its accreditation. Eleven times in those years, the first-time pass rate for UTC graduates has been above 90 percent, hitting 95 percent or better in eight of those years.

The average pass rate for all nursing programs in Tennessee is only 92 percent.