Speaking a foreign language is more valuable than ever 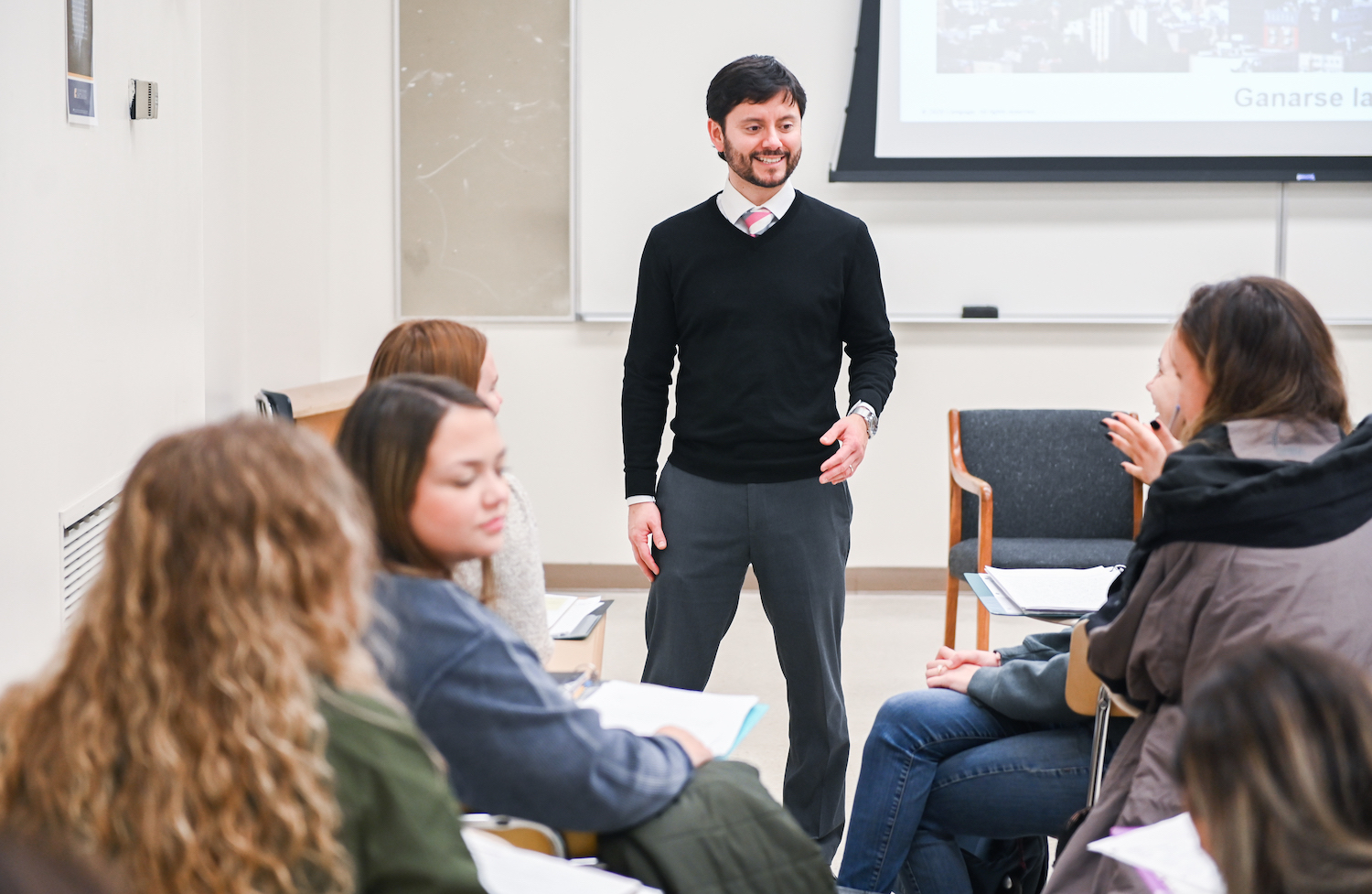 Edwin Murillo has a wish when it comes to foreign language.

“Spanish was the first European language to establish itself in the U.S.,” he says. “St. Augustine (Fla.) was the first city; Santa Fe (N.M.) was the first state capital. You can’t be foreign to the place you got to first. You take away that ‘it doesn’t belong here’ idea.”

Of course, Native Americans lay claim to the true first languages of America, acknowledges Murillo, assistant professor of Spanish, but Spanish and later French are the original European languages to land on American shores.

“We’ve got to get rid of that idea of foreign-ness because it literally perpetuates this stereotype of “Oh, this is new’,” he says.

Whether it’s Spanish or French or Latin, language learning is a four-semester necessity for a bachelor of arts at UTC. And while those majoring or minoring in a language understand the “whys” of taking such classes, some students who don’t have those academic goals think—or actually say out loud—“Why do I have to take a foreign language?  What good will it do me?”

“It’s very much like a superpower,” says Rob Liddell, executive director of the Center for Career and Leadership Development. “It can become a marketable skillset and I think it’s already demonstrated its merit in the global market.”

Liddell and professors from the Department of Modern and Classical Literature and Language say the upshot of learning a new language is easy to explain: Want to have a leg up when it comes to success after graduating? A foreign language provides the ladder.

“With any language there are benefits,” says Josh Davies, head of both the Department of Modern and Classical Literature and Languages and the Department of Philosophy and Religion. “It is a cognitive process. You are developing your mind, your cultural sensitivities and, once you’ve made that journey in any language, it changes you.

“It doesn’t just change your ability to interact with anyone because you’ve gone through this journey,” he says. “You’ve learned how to put yourself outside of your own cultural training. And that act in itself is extremely valuable.”

The world is getting smaller culturally and financially; businesses flow from one country to another, from one continent to another. A foreign language will not only make it possible to communicate, you’ll be able to understand nuances in the language. Without that talent, you may insult someone and have no idea you’re doing it. There goes that $1 million business deal.

Monica Garoiu, assistant professor of French, says being bilingual “opens many doors” as well as giving you a different perspective.

“It’s very interesting to see your own culture through other eyes,” says Garoiu, who grew up in Romania and learned to speak English when to the U.S. in 1997.

Not having a foreign language in your pocket is going to leave “a void,” Murillo says.

“With the increasingly interconnectedness of the markets and economies and people, that’s going to be an unavoidable conflict,” he says. “The ones that move in early, I think they’re going to have a considerable advantage.”

He mentions a friend who is a chemical engineer and speaks Spanish. Some the companies where he’s worked have gone through economic downturns and let staff go, but not his friend, Murillo says.

“Every time there is a downturn, he’s the last engineer fired. His formal training in Spanish has always insulated him in downturns,” Murillo says.

Beyond the ability to communicate from a business standpoint, there’s also the human connection made when you visit a foreign country and simply talk with its people, Davies says.

“If you really connect with other people in other communities, there’s nothing like being able to meet them and able to speak with them in their language,” he says. “Your relationship to communities will be very different depending on whether or not you can engage with them.

“Language is a builder of civic and empathetic virtues. The experience of having to be the learner in the most simple things— expressing yourself, of asking for help, of finding out what’s going on. Putting yourself in the learner’s position as an adult or young adult, you really begin to understand what other people go through when they’re new and they come from somewhere else. It’s really humbling, and it builds a sense of empathy.”