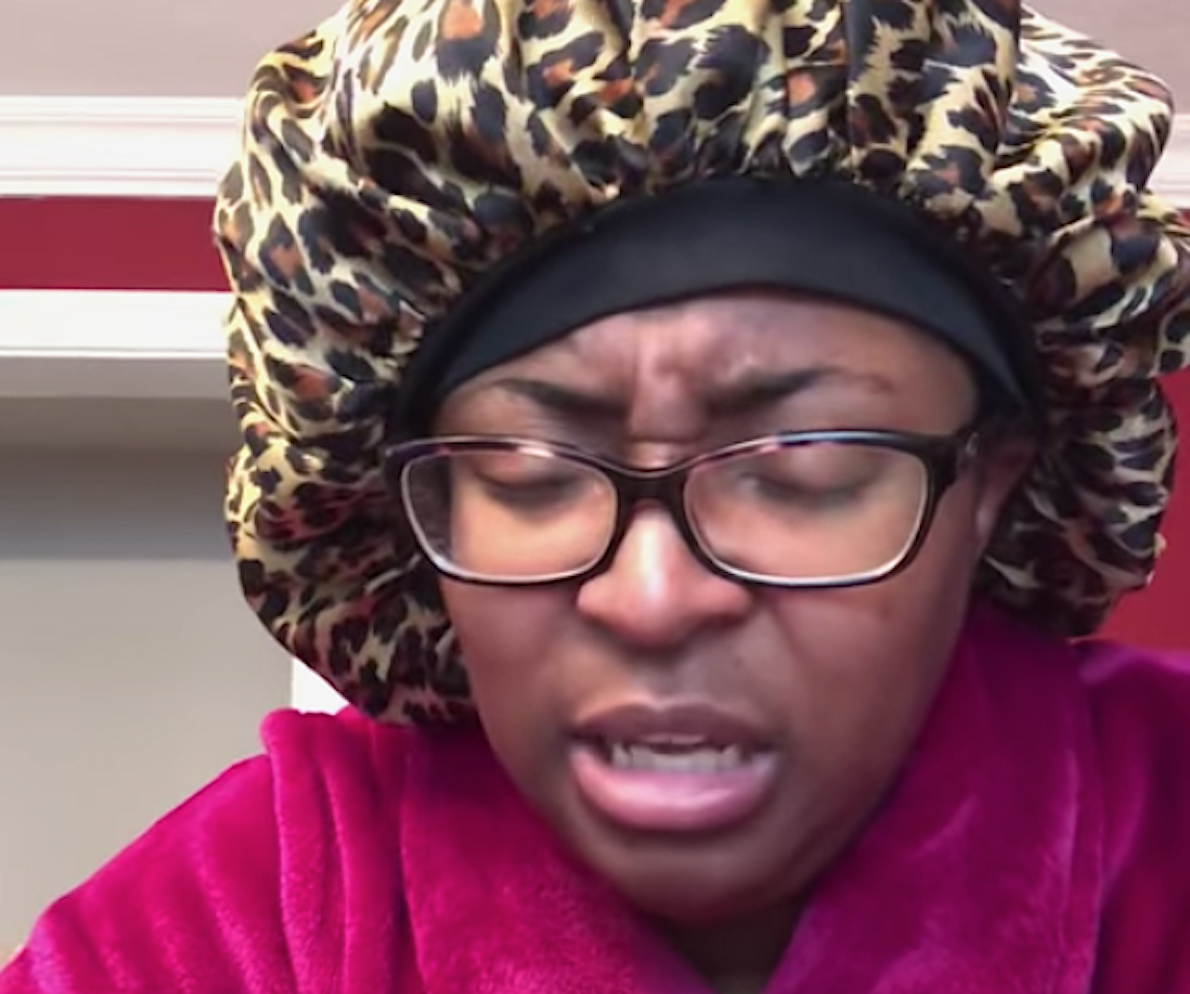 In “Prayer of a Desperate Mother,” Brandalyn Shropshire tells God that she is not a math teacher nor a cafeteria worker although her child seems to think she is.

Like many mothers dealing with recently closed schools, Brandalyn Shropshire has spent a lot of time at home with her daughter.

And, like many mothers dealing with recently closed schools, a certain level of frustration has built up when Shropshire is trying to do her work as assistant director of admissions at UTC while nine-year-old daughter Sydney keeps bugging her in different ways. The detonation point came several days ago, the fuse lit by math and her daughter’s dismissive attitude.

“I’m trying to show her the way we used to do math, and she says, ‘No mama, that’s just not it,’” Shropshire recalls.

To unleash the bubbling volcano of irritation, Shropshire—a professional comic on weekends—ad libbed a minute-and-45-second video titled “Prayer of a Desperate Mother.” Apparently there are a lot of desperate moms out there because, since being posted to her Facebook page—BJS Productions—on Wednesday, March 18, the video has racked up more than 15 million views, according to the website.

“Father God, I am your humble servant. What I am not is a math teacher,” she says in the video. “I ask that you send down your angels of the Carry Over, Lord. Teach us that, if you carry the one over to the 10th place, you can get the answer.”

“Yet again, the devil has attacked and sent down a tapeworm onto my child, Lord God,” she pleads. “I am not Denny’s, Shoney’s, IHOP nor Waffle House.”

The video has been featured on NBC Nightly News and other TV newscasts, shared by thousands of people online and appeared on dozens of websites, many of which she has never heard of, says Shropshire, who graduated from UTC in 2008 with a degree in communication and has worked at the university for 13 years.

Having performed clean comedy for about 12 years, Shropshire says she has tried “really hard” not to think about all the attention the video is getting. It’s a bit overwhelming.

A couple of days after the video was posted to a friend’s Facebook page, Shropshire saw that it had 100 shares and joked with a friend, “When do you know you’ve gone viral?”

In the past few years, she has posted videos to her Facebook page “all the time. Little cute videos because Facebook is my way to vent.” Friends, family, fellow church members and others at UTC “know about that side of me,” she says, but that’s about it.

Being funny obviously comes naturally to her. In conversation, her personality sparkles to the point where, if she wasn’t a comic, you’d wonder “Why isn’t she a comic?”

In her professional career—”getting paid for it”—she has performed at churches, birthdays, family and class reunions, even a wedding.

“I’ve done everything but a funeral,” she smiles.

She also has written a comic play, Bright Star: Not Your Ordinary Nursing Home, that has been performed at the Chattanooga Theatre Center.

Most of her humor comes through two characters she’s created—Miss Poinsettia and Shrop the Cop. Shrop hands out citations at church for such violations as bad breath, praying too loud and people who can’t sing. “Every noise ain’t joyful,” Shropshire says.

She figured her future was pursuing comedy in New York or Los Angeles. Then she met her husband Daniel, who works in UTC Housing and Resident Life.

Tagged with: brandalyn shropshire prayer of a desperate mother