Hannah Horton heading to South Korea with scholarship in hand 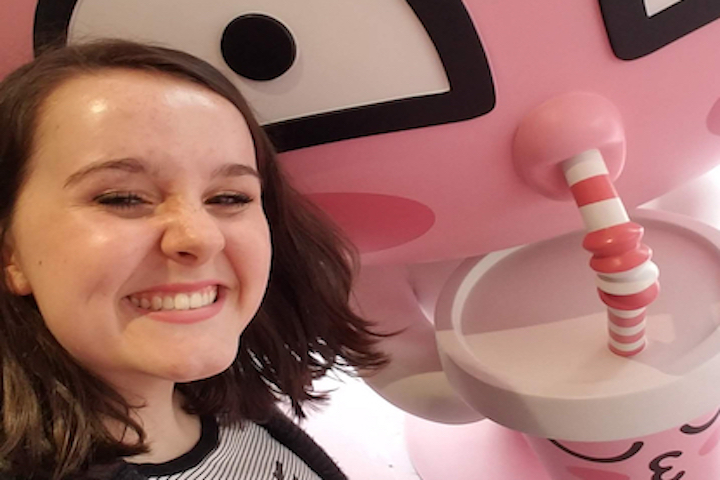 Hannah Horton spent the summer of 2019 in South Korea and now plans to return — she just doesn’t know when.

She recently won the prestigious J. William Fulbright U.S. Student Scholar scholarship, marking the second year in a row that a UTC student from the Honors College has earned the award.

“I sat down on the ground because they’d emailed me and I thought, ‘OK, I’d better read this sitting down’,’’ she says. “I hugged the person who was with me, then I called everyone.”

She plans to use the money to go back to Korea in February, but the coronavirus crisis might push that back. All Fulbright scholars studying overseas were called to return to the U.S., and next year’s group is still waiting to hear plans for the future. Fulbright officials have given reassurances.

“They assured us that they haven’t shut down the program for any reason in 75 years so, at the worst, they’ll postpone it,” she says.

Horton, who finishes her political science in May,  not only won the Fulbright scholarship, she also is the first UTC student to win the scholarship for a master’s degree program. She will pursue a degree in Korean Studies while living in Seoul, the country’s capital.

“Hannah is warm, kind and genuine, but she also has this fearlessness and adventurous spirit which is something you probably wouldn’t notice from a few casual interactions,” says Leslie Pusey, director of National Scholarships and Fellowships in the Honors College.

Last year, UTC Honors College student Simone Edwards won the Fulbright scholarship, the first UTC graduate to earn the honor in 50 years. Edwards, who also majored in political science, used the Fulbright money to spend a year in Guatemala where she is teaching English.

Horton spent the summer of 2019 in South Korea as part of the U.S. State Department’s Critical Language Scholarship. She was the first UTC student to win the award, which usually has about about 5,500 applicants whittled down to 550 winners.

Once in Korea, she’ll broaden her academic palette from her previous stay, learning more about the Korean culture, its politics and its people. The lessons are valuable since her ultimate goal is to work in the East Asia Pacific bureau of the U.S. State Department.

Last summer, Horton lived in Busan, a city of about 3.5 million on the country’s Southeastern coast. She roomed with a South Korean student and also worked with a language counselor. Friends from the city already have been in touch since she won the Fulbright scholarship.

“They asked me to call them when I get there,” she says.

Each year, the Fulbright Scholarship receives about 10,000 applicants and bout 1,900 grants are awarded. Former Fulbright Scholars include 59 Nobel Laureates, 82 Pulitzer Prize winners and 16 Presidential Medal of Freedom recipients as well as students who have gone on to be heads of state, judges, ambassadors, CEO, and university presidents.