Buhrman graduated from the University before it was UTC 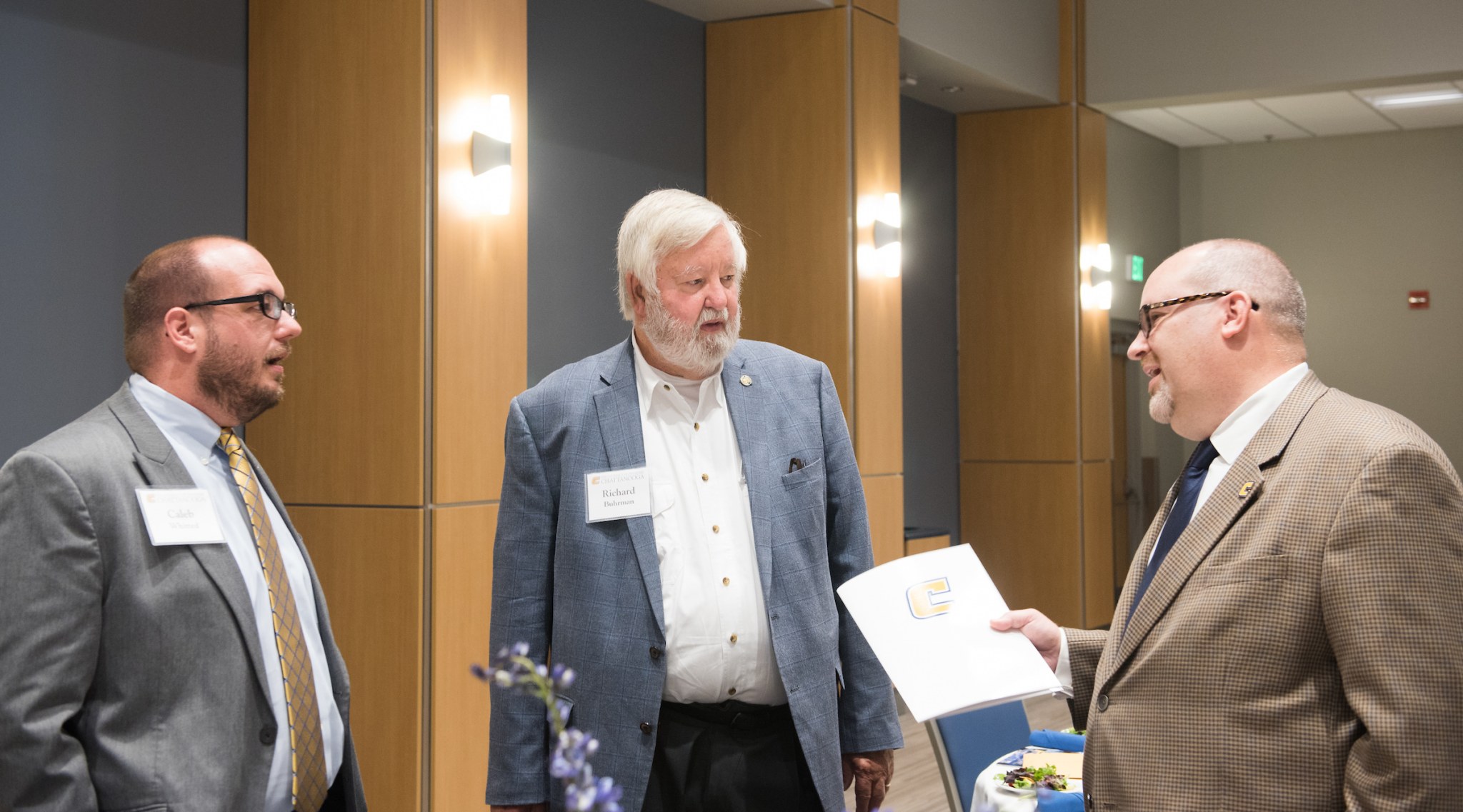 By the time Richard Buhrman graduated from the University of Chattanooga in 1963, he’d spent several years in the campus’ ROTC, times that remain special to him.

“Some of my best memories of going to UC included participating in the ROTC program, which had over 200 men at that time,” said Buhrman.

A well-known attorney in Chattanooga, he is the 2020 Outstanding Service Award at the University of Tennessee at Chattanooga.

“The award recognizes individuals who have demonstrated exemplary personal service and commitment to UTC and the community,” its criteria states. “Award winners rise above the ordinary standard of service. Their loyal actions better our present and shape our future.”

His connection to the University goes much farther back than his time in school, however. His mother, Margaret Buhrman—Granny B. as family called her—was the first bursar for the University and served as secretary to Chancellor Alexander Guerry (1929-1938) before there was an actual Bursar’s Office. A ginkgo tree is planted outside Patten Chapel in her honor and a scholarship in her name was established by Buhrman for English majors to commemorate her service of 47 years to the University.

“After completing law school, I went on active duty in the Army for three years as a captain, with time credited for my three years in law school for pay purposes, which worked out great,” he recalled.

His Army tour of duty completed, he returned to Chattanooga and worked for several law firms until he opened his own in 1972.

“Today I am in practice with my youngest son, John,” he said.