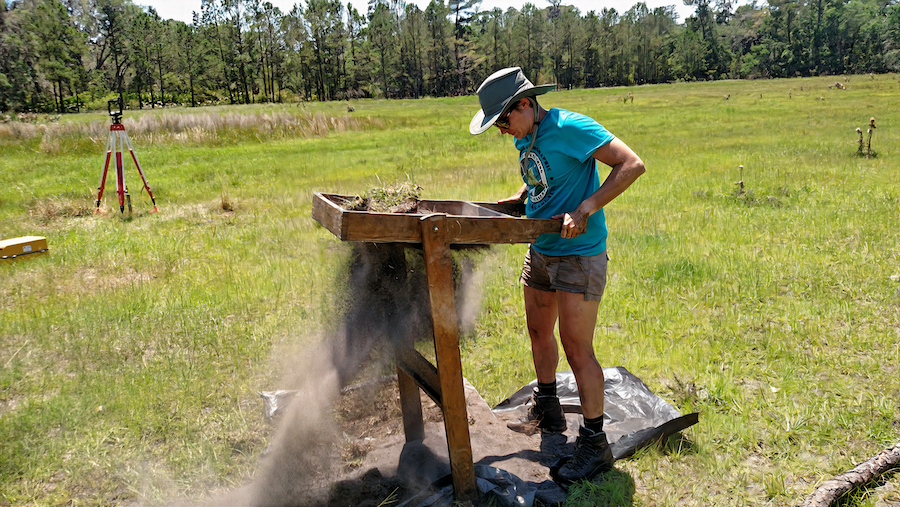 A scientific expedition on on Georgia’s Sapelo Island convinced Lindsay Cochran to be an anthropologist.

Lindsay Cochran wasn’t sure what major she wanted to pursue until she spent a month on a near-deserted island.

In her junior year at the University of Tennessee at Chattanooga she enrolled in an archaeological field school which landed her on Sapelo Island, Georgia, just south of Savannah.

“It truly was the experience I hadn’t realized I had been waiting for,” she recalled. “I figured that any job where I got to work outside, doing science during the day and exploring the woods after work was a good fit for me.”

She became an anthropology major and, since graduating in 2010, she hasn’t looked back—except at to study cultures of the past as a professional anthropologist.

“If I did not take that field school in 2009 and get to spend that time in a place completely foreign to me, I have no idea where I would be right now,” she said. “But I did. And I loved it.”

Selected to receive the 2020 Outstanding Young Alumni Award, Cochran says choosing UTC was right for her on several levels. Close to her home in Nashville, affordable, a cozier setting and the outdoor offerings of Chattanooga.

But she found much more once she arrived on campus.

“UTC gave me the chance to explore who I was as a person and as a scholar, bouncing around various majors along the way. I wanted for my undergraduate education to serve as a foundation for whatever was to come.”

In 2014, she returned to Sapelo Island, bringing a connection to UTC through the Department of Anthropology, providing opportunities to school students outside the classroom. She no longer works directly with UTC, she still has five students who helped write a series of reports that will besubmitted to such organizations as the Georgia Department of Resources and the Society for Historical Archaeology and presented at the Southeastern Archaeological Conference.

“It has been rewarding to come full circle at UTC. I have been able to take advantage of everything UTC has to offer, moving there as a bright-eyed student searching to find herself, eventually landing into a field I didn’t even know existed when I began. UTC provided me the foundation that I needed to develop into a professional who is ready to serve the current student body.”