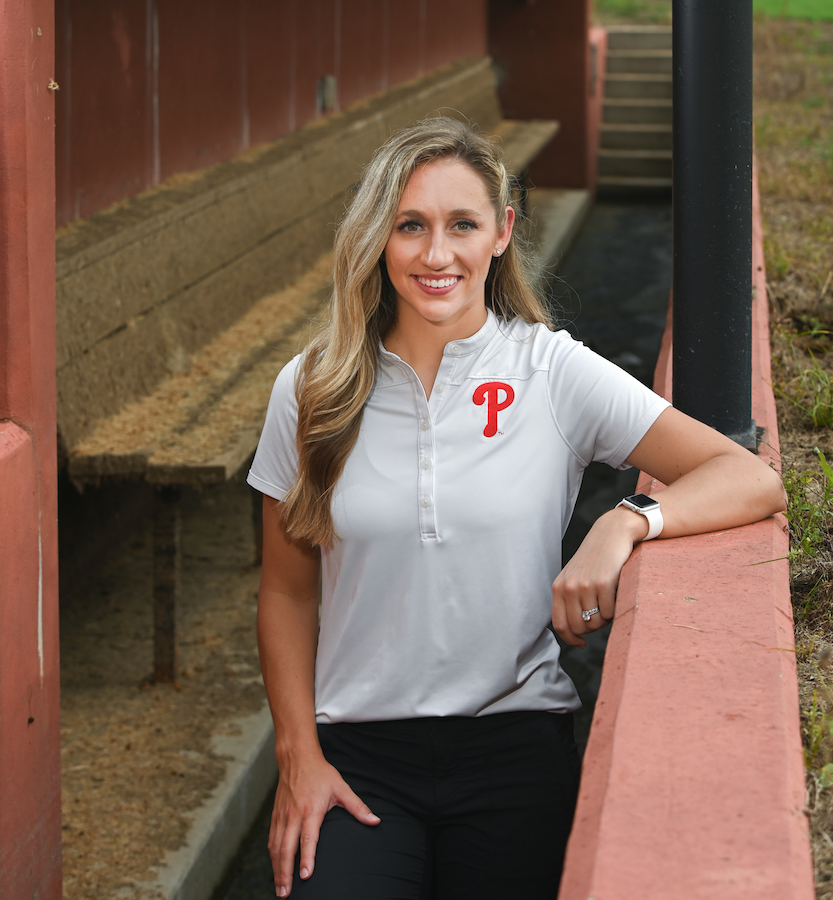 Every Monday for the last two years, University of Tennessee at Chattanooga graduate Hannah Huesman has distributed a one-minute motivational video via social media revolving around mental performance strategies such as breathing, mindfulness and imagery.

She didn’t have a clue the impact the 60-second nuggets would have.

Huesman’s #MentalSweatMonday segments have generated a sizable following on LinkedIn, Twitter and Instagram, so much so that she was recently listed No. 2 on the LinkedIn News ranking of 2020’s top voices in the sports industry. The platform used such data as engagement, posting cadence and follower growth when cultivating its list.

“Huesman’s presence on LinkedIn is a sign of a trend in the sports world: the increased visibility of mental health coaches on team rosters,” wrote Joseph Milord, a news editor at LinkedIn News. “At work, she serves in that role for the Phillies’ baseball players. On LinkedIn, through her #MentalSweatMonday videos, she serves followers with reminders to maintain motivation, even when the immediate rewards are intangible, and implores them to look at problems through the right lenses, among other edifying messages.”

Huesman said being listed as one of LinkedIn’s top social media influencers was humbling “because with social media nowadays, you can put out great content, but if nobody likes it and nobody shares it and no one’s commenting on it, a lot of people aren’t going to see it. My gratitude goes straight towards any listener or viewer who’s ever watched it because the more they watch it, the more they share it and comment and like it, the more exposure it gets.

“When I started doing these, I really went into it not having a ton of expectations for what #MentalSweatMonday was going to do or even what it could be like. Sometimes doubt crept in, like ‘Is this worth it? Are people actually listening?’ Every time I felt that doubt kind of creep in, somebody messaged me and said, ‘You have no idea the impact you’re making,’ or ‘Thank you so much for the weekly affirmations and motivation to keep going.’”

Huesman, a former two-sport athlete in basketball and softball who received a bachelor’s degree in kinesiology and exercise science from UTC in 2014, said the most fun is seeing the different types of people who regularly respond to her videos.

“It’s not just athletes. It’s parents. It’s social workers. It’s firefighters. It’s artists. It’s actors. It’s cool to see the impact it’s making, and it keeps me doing what I’m doing,” she said. “People look forward to Mondays now, which was part of the whole goal of these videos. To help people set the tone for their week.”

The #MentalSweatMonday videos—which, truth be told, take Huesman several hours to brainstorm, write, edit and record—routinely get thousands of views, shares and re-tweets. The catchy name came out of a conversation she was having with her husband, Jacob, a former all-America quarterback at UTC and the Mocs’ current tight ends coach.

“Jacob helped me come up with the name ‘mental sweat’ because I wanted it to resonate in people’s minds,” she said. “Just like you have to break a physical sweat every day, you should be breaking a mental sweat, too, whether that’s checking in on how you’re doing or doing an actual mental performance strategy, technique or skill.”

In her position with the Phillies, Huesman travels with the organization—at least in non-pandemic years—spending around 27 days on the road each month. Even during COVID-19, she finds herself constantly on Zoom or her phone talking with players and staff members.

Like everyone else, she is looking forward to turning the calendar and saying ‘Goodbye’ to 2020. A new year brings about new hope—and new weekly videos, of course.

“I think the word for 2021 has to be some combination of ‘perspective’ and ‘gratitude,’” she said. “Jacob and I were talking the other day about how much we have to be grateful for, and I was like, ‘I don’t think we pay attention to that enough.’ We have a home. We have each other. We have a dog. We have jobs.

“Just remembering that perspective is huge. So I’m sure the themes of #MentalSweatMonday will continue to come out of that, reminding people to have that perspective. It’s so easy just to go back to the everyday jobs and groan and complain about everything. A little perspective may go a long way.”

And her social media influencer plans for 2021?

“I don’t want to give away too much because it’s kind of a surprise,” she said with a laugh. “But there are some cool things to come. So stay tuned.”