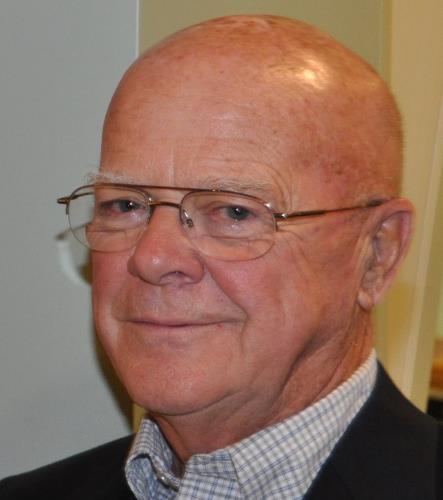 Former University of Tennessee at Chattanooga Associate Vice Chancellor for Student Affairs Richard MacDougall passed away on Jan. 1. He was 83.

Hired in 1970 and best known as “Dean Mac,” he worked at UTC for 34 years and retired in 2004. He was first hired as Dean of Men and was responsible for on-campus fraternities, residence halls and student conduct. Eventually, the position transitioned into associate dean of students and later to associate vice chancellor for student affairs.

Richard Brown, special advisor/UTC-UT, worked with MacDougall at UTC for many years and called him “an outstanding higher-education leader” who was nationally admired.

“He was loved and well-respected by students, faculty and staff. He guided the expansion of University student housing and completed major renovations of the University Center,” said Brown, who has worked at UTC for 37 years.  “Dean Mac always advocated for what was best for UTC students. He had a real passion for keeping the cost of higher education affordable and accessible for all students. He

Former UTC Chief of Staff Terry Denniston, who retired at the end of 2020, called MacDougall one of her mentors at the University when she was hired in 1986.

“I was the alumni director and he and I had many talks about the need for current students to begin to know about being an alum from the first time they stepped on campus. It was a philosophy he and I both shared,” Denniston said. “He welcomed me as an adoptee into the ranks of student affairs professionals and he demanded perfection. His demands were never without instruction and lots of hugs when things didn’t go right.

“He was an example to all of us and his enthusiasm and desire for all young men and women to leave our institution better than when they entered was deeply ingrained in all he did. He taught me and others how important it is to keep  persevering for all students as we push for each student to have complete success.”

When he retired, the University Echo student newspaper ran an editorial about him, writing:

“He has provided a cheerful and approachable face for the Office of Student Development… He has a comforting, grandfatherly manner and always makes an effort to make conversation with students.

“Dean MacDougall’s retirement will be a loss for UTC.”