Professors at UTC were her life’s mentors, Stephanie Fraley says 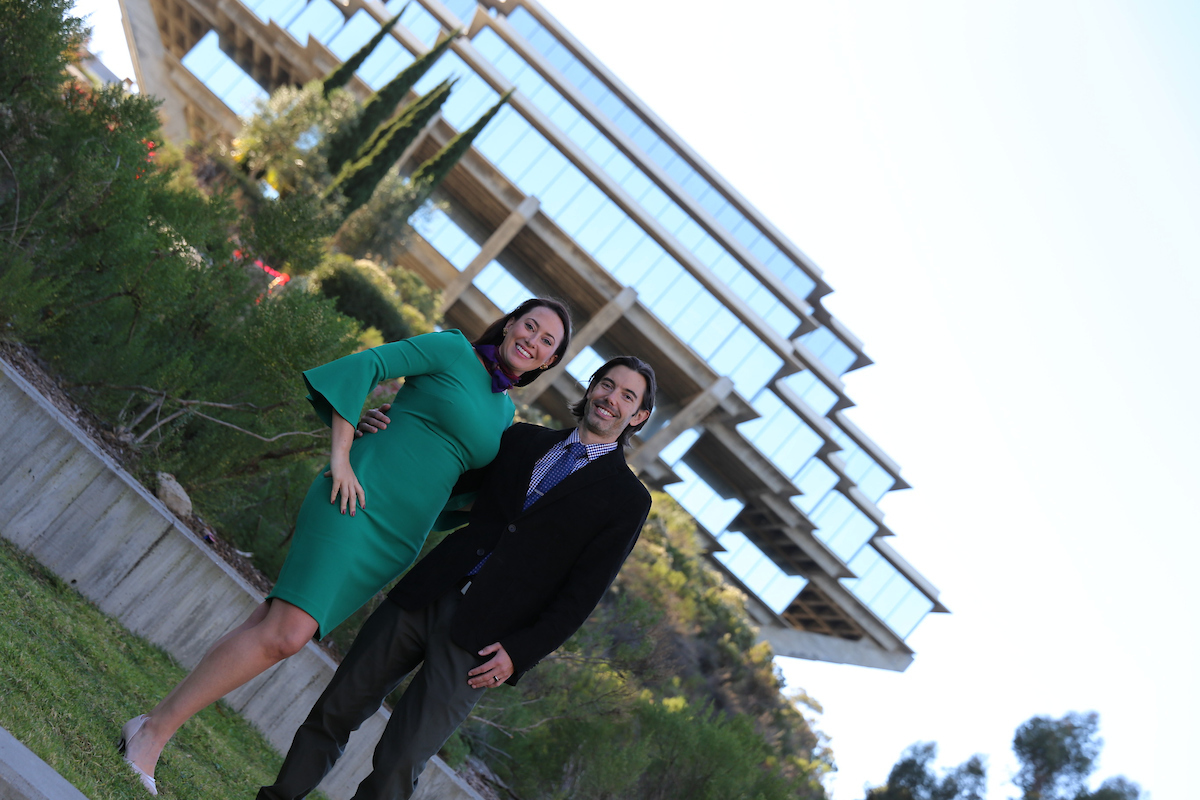 Stephanie and Dustin Fraley are both graduates of UTC. Photos by Katherine Connor

Stephanie Fraley is a cancer researcher. Imagine the countless people she will help in her career.

Now imagine if she never had the opportunity to launch that career because no one was there to help her when she needed it most.

“I almost had to drop out of college for financial and family reasons,” said Fraley, a 2006 graduate of the University of Tennessee at Chattanooga. “There were a lot of family struggles going on. I was working nights and I had a job off-campus, but it was to the point where to be able to sustain, I was going to have to take on more full-time work and not be able to take full-time classes.

The late Gavin Townsend, a professor in the UTC Honors College who passed away in 2018, changed her life’s trajectory.

“Dr. Townsend helped save me from that,” she continued. “Through his efforts, he found scholarship money that was left over or hiding out somewhere and was able to divert it to me. I was able to stay in school and live on campus. So yes, he really saved my career.

After receiving a chemical engineering degree, she earned a Ph.D. in chemical and biomolecular engineering at Johns Hopkins University, but she’s never forgotten Townsend’s commitment to her success. Nor has she forgotten the contributions of the late Frank Jones, a UTC chemical engineering professor, who stoked her research interest. He passed away in 2017.

“I had always wanted to go into scientific research, and he was key to my going in that direction,” Fraley said. “Dr. Jones was teaching one of my senior year classes and realized what I was interested in, and he was doing some computational research. He brought me on and allowed me to focus all my efforts on research, which is the only way I could have ever gotten into the graduate school that I got into. He was just instrumental in helping me grow.

“So we really feel indebted to the school and to the professors for where we’re at now.”

San Diego is where Stephanie and her husband, Dustin, are now. She is an associate professor of bioengineering at the University of California San Diego, where her research involves understanding the factors that drive cell behavior in cancer and sepsis.

The Fraleys also find themselves in a position to give back. Despite being in their mid-30s, the couple decided now was the time to say thanks to the University that brought them together—they first met in an engineering class—and launched their professions.

“We looked back on our educational careers and found that UTC provided us with some of those strong building blocks to excel in what we’ve done throughout our careers,” said Dustin, who later earned an MBA at Johns Hopkins. “The building blocks that we learned at UTC through the professors that we had, through the interactions with the students and the all-around curriculum, we felt it was just very strong. We wanted to support that in some way.

“Having professors there to talk to, and having those one-on-one personal conversations which are sometimes difficult to do in bigger universities, was important to me and helped me progress throughout my career. They helped me understand what I wanted to do with my life.”

The Fraleys worked with the UTC Office of Development and Alumni Affairs in creating a pair of endowed scholarships to assist current and future students. Stephanie said the timing was right.

“We’ve been throwing this idea around for a long time,” she said. “Ever since we graduated, we felt really, really grateful to have gotten scholarships ourselves and to have the help that we had. We’re doing this because we hope it encourages other people to donate and give back.”

A version of this story originally appeared in the UC Foundation 2020 Endowment Report.