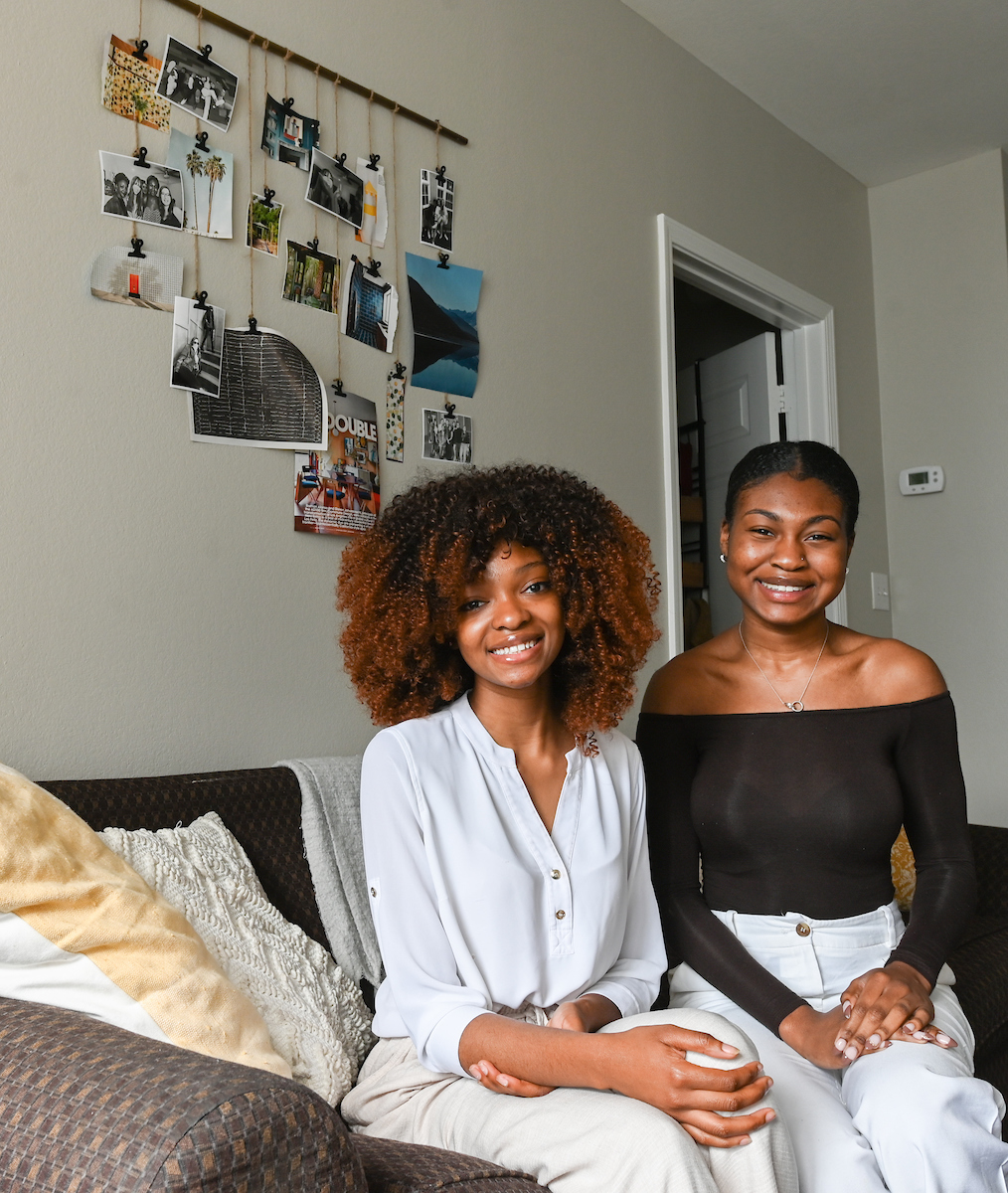 The Frederick Douglass Global Fellowship honors the legacy of the abolitionist and statesman with a fully funded summer study abroad program. The fifth cohort of Fellows will be based in Dublin and follow in Douglass’ footsteps with visits across the country in summer 2021.

As part of Delali Gadzekpo’s application process, she was asked to create a video link addressing at least two of the following questions: How are you inspired by the life and legacy of Frederick Douglass? Why are you interested in this study abroad opportunity? How have you taken action to try to solve a social problem? How do you hope to advance positive change in the future?

The Fulbright-Mitacs Globalink undergraduate program is intended for U.S. students interested in traveling to Canada to undertake advanced research projects for 10 to 12 weeks (between May and August) in their area of interest.

Roommates Delali Gadzekpo and Lola Oke have a lot in common.

They are Brock Scholars in the University of Tennessee at Chattanooga Honors College. They are sophomores interested in social justice, although they are in different majors. As the children of parents hailing from African countries, they have compared tales of their upbringings during many late-night talks in their campus apartment.

And now both can say they are national competitive award winners—along with laying claim to being the first UTC students to win those respective honors.

“I think that it’s unique that these two met in the Honors College, became fast friends and roommates and are now winning competitive awards,” said Leslie Pusey, director of the Office of National Scholarships for UTC.

“They are both going to be movers and shakers, and you are going to be hearing more from both of them beyond these awards.”

Gadzekpo has received a Frederick Douglass Global Fellowship, sponsored by the Council on International Educational Exchange, which honors the legacy of the abolitionist and statesman. Ireland’s Department of Foreign Affairs is co-sponsoring the 2021 fellowship to commemorate the 175th anniversary of Douglass’ visit to the country.

As part of the fellowship, Gadzekpo will be based in Dublin for four weeks this summer. She is one of only 14 students selected out of a record 527 applicants.

Fittingly, Gadzekpo received the official announcement of the Ireland trip on St. Patrick’s Day. It was made by U.S. Vice President Kamala Harris and Ireland Prime Minister Micheál Martin in a Zoom meeting.

“To hear I was selected was unreal. I am beyond grateful that this was in store for me and I can’t wait to go,” said Gadzekpo, a vocal music education major.

“The joy in the experience wasn’t just in getting the news but also in sharing it with the people I love who helped and supported me. I think it made the experience all the sweeter,” Gadzekpo said.

Just days before, Oke was accepted into the Fulbright Canada Mitacs Globalink program, an international education experience under the Fulbright umbrella intended for U.S. students to work with a Canadian institution in their area of interest.

Although the program will occur virtually this summer due to COVID-19 protocols, Oke will be working with a team led by a University of Victoria economics professor on a project titled “Racial Uprisings and the Responsiveness of Governments.”

“This was the first scholarship that I applied for and I’m so grateful,” Oke said. “I know that value is not attached to how many fellowships you win or how many accomplishments you have, but it does help to know that somebody else values my experience.

“I think this opens the door for so many other things that I want to pursue or couldn’t even fathom pursuing. It also helps me to believe in myself more and believe that ‘Wow, you can do this.’”

Oke, a political science major, said that during the program’s 12 weeks, its interns will research and develop an empirical understanding of how governments respond to urban racial uprisings.

“It will focus on how local, state and federal governments have responded to uprisings between 1954 and the present. The topic is of significant interest to academics and policymakers with the emergence of the Black Lives Matter Movement, which has resulted in the greatest frequency of uprisings since the 1960s and the height of the civil rights movement,” she explained.

“I do hope to play more of a role in the writing aspect of the research and the gathering of historical data, but I’m honestly open and willing to learn anything. I will be learning a lot about economics and how that interacts with policy-making and race.”

The Frederick Douglass Global Fellowship was developed for students of color and Gadzekpo will be taking a course called “Intercultural Communication and Leadership” during the trip abroad. She said she found out about the fellowship less than two weeks before the application was due

The audio portion of her application was recorded on a Saturday, “and then I spent 12 hours on Sunday, the day it was due, putting it all together,” she said. “I got it in right in the nick of time.”

Oke said she watched Gadzekpo’s video and thought, “Wow, if she doesn’t get this, they’re doing it wrong.

“I was so excited and truly happy for her,” Oke said. “She’s going to Ireland; that’s so cool, and it’s going to be a wonderful experience.

“Going to Ireland would be awesome on its own, but I think the experience that she will undergo of moving through the footsteps of Frederick Douglass and exploring his advocacy—but also learning the different parts of her own advocacy during this experience—will be truly amazing.”

Oke said she and Gadzekpo gravitated toward each other shortly after meeting during the Honors College retreat before their freshman year. While they easily talk about personal things and their shared backgrounds, they also push each other academically.

“I appreciate how Delali challenges me to be a better version of myself,” Oke said. “We’re in a lot of the same spaces, but we both have unique backgrounds and unique traits that we’re passionate about. We also have shared passions, but with unique methods to addressing those passions. I appreciate how we bring different perspectives to the table about issues that we both find valuable.”

Gadzekpo was born in Ghana and came to the United States when she was eight months old. Her family moved to Tennessee when she was three years old, settling in Maryville.

While Oke’s parents are of Nigerian descent, she was born in Chicago, and her family moved to the Atlanta suburbs when she was five years old.

“Coming into contact with Lola was like a ‘yes experience’ because not only is she black in this predominantly white space with me, but she’s also African,” Gadzekpo said. “We have spent many nights into the ungodly hours of the morning just comparing stories about our upbringings and our different perspectives, and how that’s formed us into the women we are today.

“Having her in my immediate space is beyond a breath of fresh air. Lola was very easy for me to connect with, and it’s a friendship that I do not plan on ever squandering. I’m very appreciative of Lola and all that she’s brought into my life.”