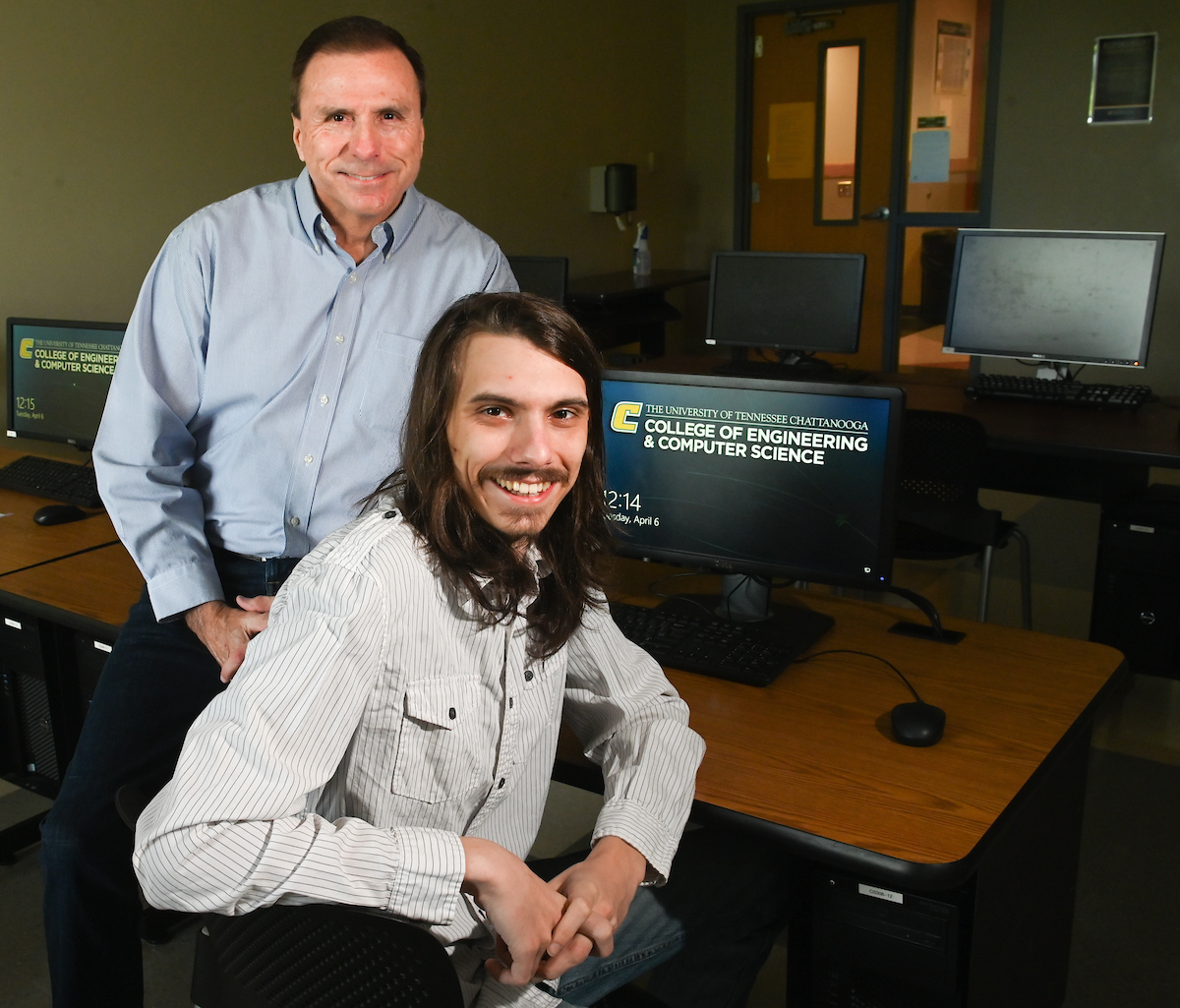 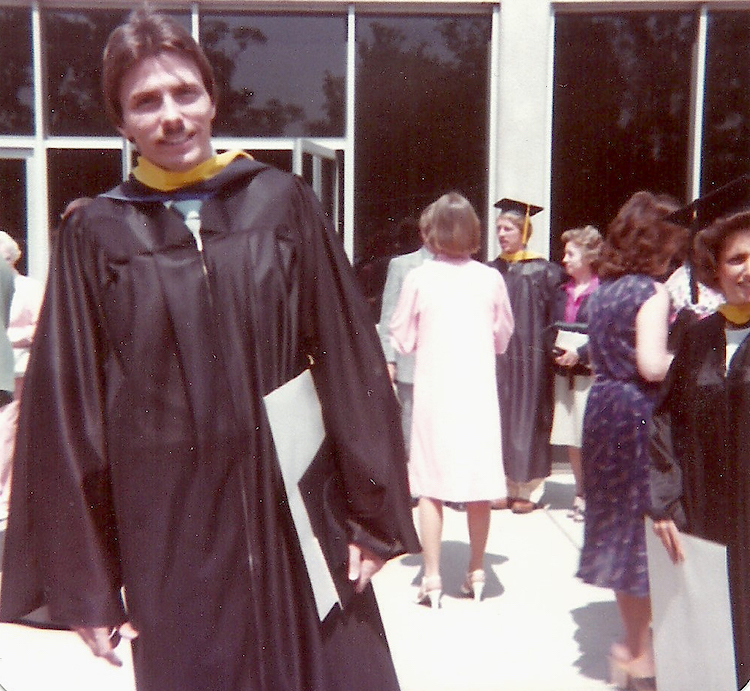 Greg Jones when he graduated from UTC in 1981.

Forty years ago in May 1981, Greg Jones received a bachelor’s degree in computer science from the University of Tennessee at Chattanooga.

The degree isn’t even offered within the same division anymore. When Greg went to UTC, his major lived in the College of Arts and Sciences. Today, computer science is a pillar of the College of Engineering and Computer Science.

“Since most people today don’t know the history of computing, they would probably be surprised that the technology has gone full circle in about 40 years, unlike a lot of other fields,” said Greg, chief information officer with the Chattanooga-based Airnet Group. “As a result, all the computer science classes have changed due to the technology enhancements made over that time.”

Mitchell will participate in commencement ceremonies on April 25 in McKenzie Arena. The son—like his father—will be able to call himself a UTC alumnus with a degree in computer science.

“Graduating with the same degree as my dad has a lot of meaning to me, honestly,” Mitchell said. “We talk all the time about how much computer science has changed over the past 40 years.”

“I’m excited to see what this field will be like 40 years from now. If either my son or daughter jumps into tech, I’ll be fascinated to share their stories of how different it has become.”

Greg and Mitchell have compared notes many times while Mitchell was pursuing his degree. While a few of their UTC courses were the same, they were general education or business. Not surprisingly due to the length of time between their college days, they have had no shared professors.

“We always talk about the codes he had to deal with and hoping you got your results back in a few hours. I’m glad we don’t have to do that anymore,” Mitchell said. “It’s pretty amazing just how different it has become. With programming, there is always a constant state of learning; you’re always learning newer technologies and trying to stay ahead of the game.

“It’s neat to talk to him about it and see the advancements in technology comparatively to back then. Even though I probably know a few different languages than he does, he can keep up and we can talk about it.”

Greg admitted it was a “cool thing” whenever Mitchell showed an interest in computer science.

“Mitchell has loved computers from early on. If I ever did anything, he’d always ask me about it,” Greg said. “Fifteen to 20 years ago, it was hard to show my kids’ stuff on a computer because they didn’t seem to get it, but he was always intrigued by it, which I thought was pretty cool. I could say to him, ‘If I do this right here, then this right here will work.’”

Greg began working for TVA in college and was with the public power company for 13 years. Over that period, he also received a master’s in business administration from UTC in 1983.

For his master’s thesis, Greg had to run a computer program overnight. Because of the size of the program, the job couldn’t be run during regular business hours.

“I would get one three-hour window each night to run my statistical models on the University’s mainframe, and then the next night I would try it again. It was a labor-intensive, very slow process.

“Now, it’s so advanced that the same program can be run in minutes or less,” he said.

Greg said he grew up in a blue-collar household in Hixson and was the first college-educated person in his family. Most of his family members were tradesmen, and “My dad used to try to teach me mechanics and all that kind of stuff.

“One day he told me, ‘You need to go to talk to your mom about college because you’re not getting this mechanic stuff,’” Greg said with a laugh.

“I started as a math major, then I took a computer class and really got into it. The rest is history. As my dad says, I became an intellectual mechanic instead of a physical mechanic.”

Mitchell took a different route to UTC. He was home-schooled before enrolling in a program at Chattanooga State Community College that offered two years of free tuition.

“But my goal was to get a bachelor’s degree in computer science, and I wanted to go to UTC,” he said. “Knowing my dad went there and knowing it was a good school, there wasn’t anywhere else where I wanted to go.”

Mitchell is interning at Coyote Logistics while he completes his studies. He has already accepted an offer from the global logistics provider to begin working for the company full-time after he graduates.

“I’m proud of Mitchell for finishing his degree because technology is hard. I mean, all degrees are hard, but I would always tell my kids: Get a degree in something you can make a living at,” Greg said. “And what I found out during my career is that the computer science path was in high demand then, and 40 years later, it’s still in high demand. So that says Mitchell is going to have a lifelong career of employment opportunity and a decent lifestyle.”