Venturing outside their majors expands their horizons, students say 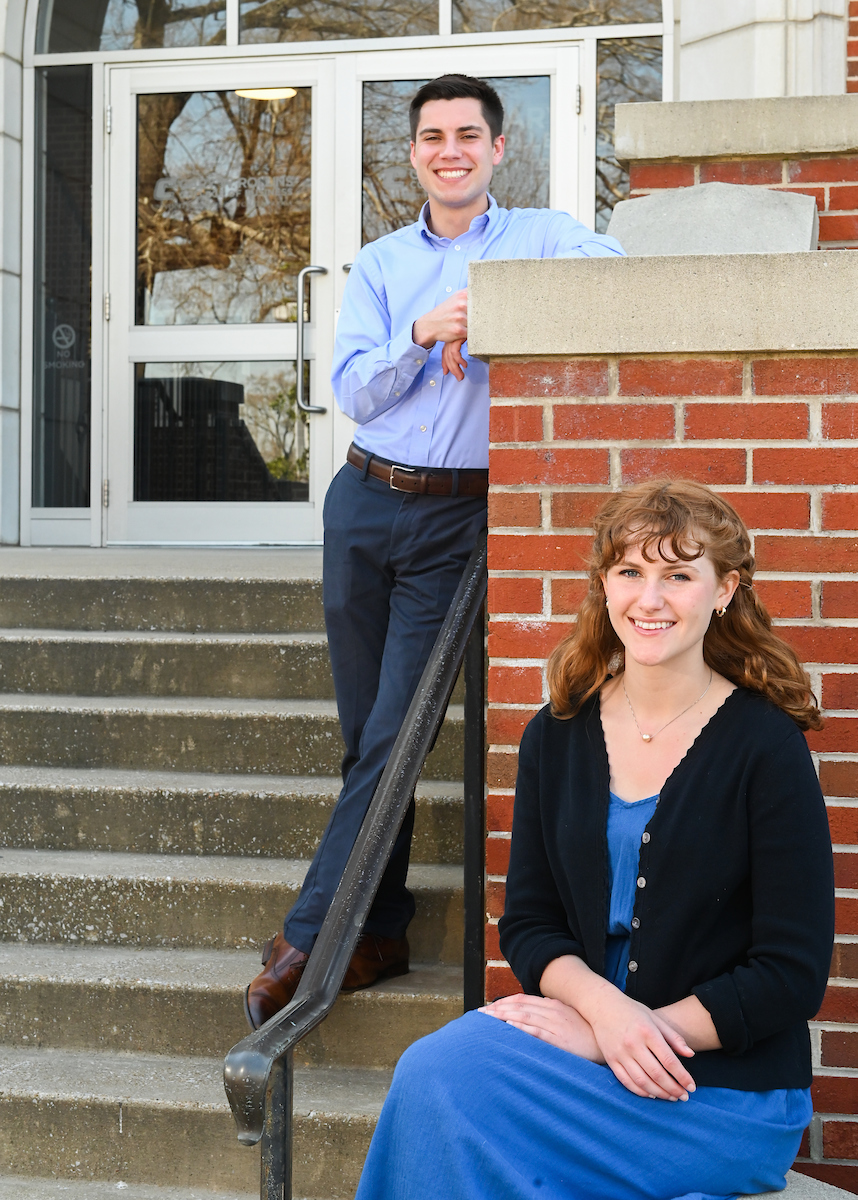 Drew Reynolds admits he knew very little about the SMILE Fund during his first couple of years as a University of Tennessee at Chattanooga student.

That shouldn’t be surprising. Reynolds, now a senior, had plenty on his docket as a mechanical engineering major. And the SMILE Fund (Student Managed Investment Learning Experience) is housed in the Gary W. Rollins College of Business.

What seems surprising, though, is that Reynolds and Leanah Chestnut—an entrepreneurship major with a creative writing minor—were part of the five-member team for the SMILE Fund’s recent victory in the Chartered Financial Analyst (CFA) Institute Greater Tennessee Research Challenge. They won by analyzing the financial strength of Nashville-based direct-to-consumer medical technology company that provides clear aligners to help straighten teeth.

These are prime examples of a growing number of UTC students participating in programs and organizations that fall outside their primary major.

For Reynolds and Chestnut, mechanical engineering and entrepreneurship/creative writing don’t exactly scream out “finance” and “investments.”

“In the fall of 2019, a friend of mine (Daniel Buxton) said to me, ‘I’m joining this cool finance club. It’s all a bunch of number-crunching and it’s really data-heavy. I think you will probably like it,’” recalled Reynolds, a Chattanooga native. “I didn’t know that much about stocks other than, if you play them right, they make money.

Reynolds immediately interviewed with Holzhauer, a Robert L. Maclellan and UC Foundation associate professor of finance and director of the SMILE Fund. Reynolds has been part of the fund ever since.

In engineering, Reynolds already was using math. But the way he worked with numbers there brought a different perspective to the conversation.

“With an engineering background, I have a whole other series of equations I’m comparing things to in my head; I’m not tied into finance principles when it comes to modeling certain trends. Engineers always have to find an answer. It’s one of our drawbacks, I guess,” Reynolds said before laughing.

“I think it was more the critical thinking aspect of it and being able to see patterns quicker than somebody who didn’t work with this constant onslaught of equations and heavy mathematics.

“None of the stuff we do in the SMILE Fund is calculus-based like what we do for engineering applications, but it was advanced enough for me to have to sit back and say, ‘OK, what are the numbers telling us? If they’re telling us one thing, can I model it to say another? Or can I model it and really figure out what’s going on?’”

As an entrepreneurship major in the College of Business, Chestnut knew what the SMILE Fund was. But she hadn’t given the organization any thought until Holzhauer came to a required accounting class she was taking early in her sophomore year.

“Dr. H—which is what we call him—pitched the SMILE Fund to my class the last day you could apply,” said Chestnut, a junior from Bell Buckle, Tennessee. “I thought, ‘I might as well give it a shot.’ My biggest goal coming to college was to learn as much as possible and make myself as versatile of a student as I could. I thought the SMILE Fund would be a great opportunity.

“I think Dr. H ultimately saw that I was eager to learn, that I was excited to try something new, and that I wasn’t afraid to fail. As an entrepreneurship student and someone who is creative-minded, I am able to fail and learn from it without being set back or discouraged by it.”

Chestnut said her plan of majoring in entrepreneurship stems from wanting to start her own business in the consulting sector. Along the way, she added creative writing to the mix because “I wanted to add a minor, something that would make me more versatile,” she said.

Her SMILE Fund experience is playing a huge role in rounding out that flexibility.

“I love researching and writing stock reports for the SMILE Fund so we can make investment decisions, and on the consulting side, it’s basically the same thing; you’re researching an industry and delivering something to the client rather than the fund,” she said.

“I think it has taught me that I really enjoy furthering some greater cause, whether it be the investment for the SMILE Fund or the success of a business. I enjoy being part of something bigger and contributing.”