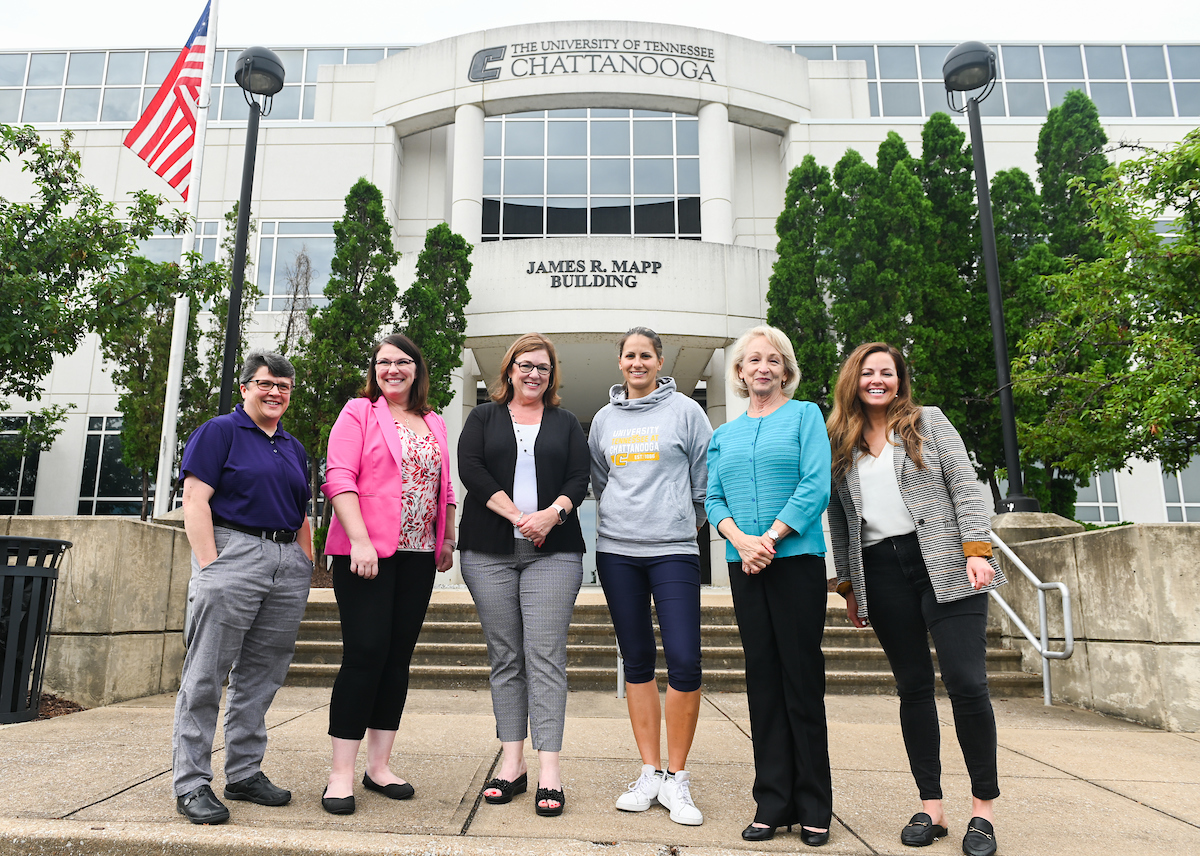 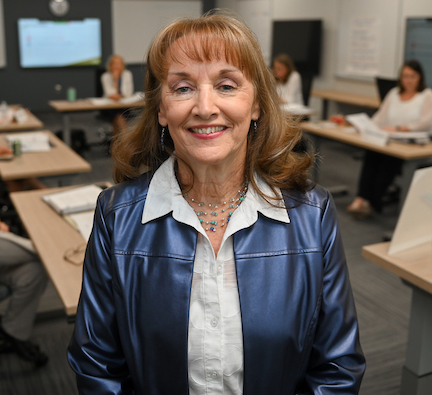 Rebecca Hunter is the president-elect of the Chattanooga chapter of the Society of Human Resource Management.

As John Freeze and Ginger Duggan in the University of Tennessee at Chattanooga Center for Professional Education (CPE) were brainstorming ideas about a leadership academy for human resources professionals, they couldn’t help but think:

What if we can get Rebecca Hunter involved in building this program?

Hunter’s resume included serving as a member of former Tennessee Gov. Bill Haslam’s cabinet as commissioner of the Department of Human Resources. She had plenty of local connections, having spent 18 years working for Hamilton County Government, including six as director of human resources. She is the current president-elect of the Chattanooga chapter of the Society of Human Resource Management (SHRM).

“The day I emailed her about this, the response I got back was, ‘I’m so flattered to be asked,’” said Freeze, the CPE director. “She was so humbled by the request, but in my mind, I was thinking, ‘Who else would we ask but you?’

“It was a coup to land her because we got somebody with a remarkable resume and impressive experiences and credentials.”

The courtship culminated in the creation of the HR Leadership Academy. A partnership between CPE and SHRM Chattanooga, the 12-week pilot course—which concluded with a graduation ceremony on June 16—was designed to teach best practices and strategies to overcome challenges and obstacles many human resources professionals face on a day-to-day basis.

“What we were thinking about as we developed this program was: ‘What skill sets do HR leaders need to possess to be proficient?’” said Hunter, a 1979 UTC graduate with a bachelor’s degree in business administration.

“What we have been hearing from the class members, especially those who are not as seasoned, is that they were looking for ways to improve their expertise and to be more strategic within their organizations.”

“In HR, you have to get the transactions and the compliance correct, of course, but when you can step outside of that and really focus on your customers and find out what their needs are—and have your goals aligned with the goals of the organization—it’s amazing the things that can happen.”

Hunter said she leaned on her own customer-centric experiences in building her career. Initially a certified public accountant, she joined Hamilton County Government in 1992 as director of financial management and oversaw the county’s risk management program, which included employee benefits. In 2004, Claude Ramsey, the county’s longtime mayor, asked if she would move from finance to human resources and bring employee benefits with her.

“I don’t think the county mayor asked me to make that leap because I was an HR guru, but I was focused on customer service,” Hunter said. “HR at the time had a reputation for being the agency of no, as in, ‘No, you can’t do that. No, no matter what it was.’ The answer was always no.”

After switching roles and becoming certified as a senior professional in human resources, Hunter sat down and talked with each of her employees to hear what concerned them. Then she went on a full-throttle listening tour, meeting with each department head to learn about things they would like to change.

“Ultimately, one of the things that came out of that was to provide leadership development for potential supervisors,” she said.

Hunter brought that leadership development mindset as Tennessee’s HR leader under Haslam from 2011-2019. She oversaw statewide human resources initiatives and services and led a successful effort to transform employment practices with the passage of the Tennessee Excellence, Accountability and Management (TEAM) Act.

She’s especially proud of implementing a policy that bases an employee’s salary on performance, not seniority.

Duggan, CPE’s assistant director for business development, said she watched HR Leadership Academy sessions and was struck by the experiences Hunter referred to as part of her background.

“Rebecca has a passion for this,” Duggan said. “Several times, just because she has experiences in a lot of areas, she has been able to say, ‘I can talk on that.’ You can see the type of impact she has made.

“When she was brought in, it was easier to get everyone on board because she carries a lot of clout.”