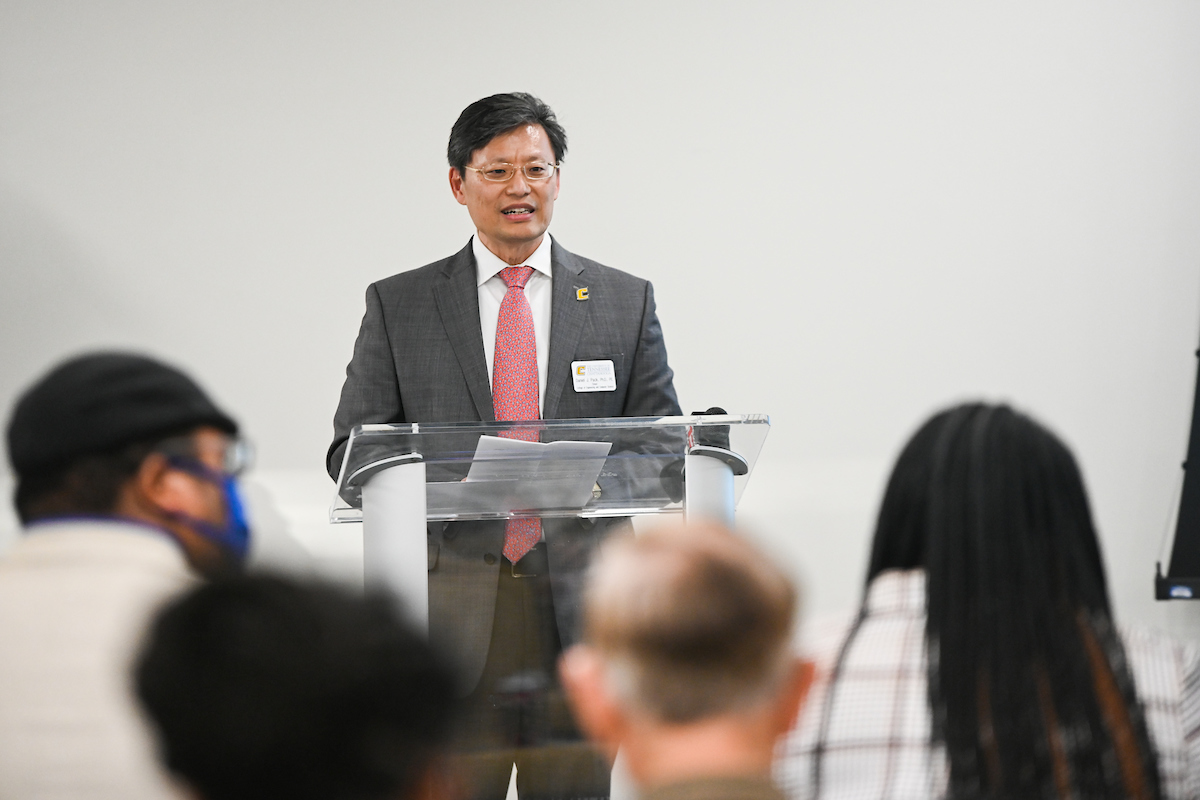 Dean of the College of Engineering and Computer Science Daniel Pack speaks during the official launch of the Cybersecurity Workforce Certification Training program. 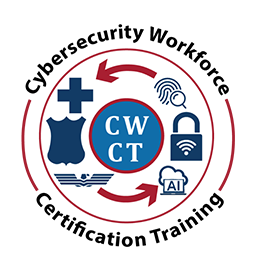 A grant of almost $9.8 million from the U.S. National Security Agency and the Department of Homeland Security is funding a program at the University of Tennessee at Chattanooga to address the growing cybersecurity needs worldwide.

The program also is open to anyone with an interest in cybersecurity work, regardless of background, Xie said.

“We believe the pedagogy used and the training methods developed in the program will quickly become national standards in preparing those, throughout the nation, who are seeking to transition to cybersecurity careers,” said Daniel Pack, dean of the UTC College of Engineering and Computer Science.

The program is a collaboration between UTC, Purdue University Northwest, Ivy Tech Community College and the University of North Carolina at Charlotte.

The UTC College of Engineering and Computer Science and Center for Professional Education are combining to offer the program, monitoring student progress and issuing certificates once graduates complete the 10-week course.

By 2025, global cybercrime will cost business and institutions $10.5 trillion per year, according to MSN Money. Cyberhacking is so pervasive, said CWCT coordinator Steve Reiter, it’s not so much an issue of blocking it entirely but dealing with the aftermath.

Of roughly 6,700 cybersecurity jobs open in Tennessee, about 300 are in southeast Tennessee and north Georgia, said Reiter, a former chief information officer at Fortune 500 companies Hewlett-Packard and Tennco. With that demand, the program is attracting interest from across the country and applications are exceeding expectations with 4,300 applicants from all 50 states.

“We’re breaking new ground,” said Joe Ferguson, chair of the College of Engineering and Computer Science Advisory Board. “This is a big deal.”

After a system has been hacked, digital forensics kicks in and tries to backtrack the source of the hacking and how it was done.

System administration covers the computer and software demands, employee guidance, purchase orders and other managerial functions. UTC will lead the training in this area.

Artificial intelligence is the most technically oriented and takes a broad, worldwide view on the growth and development of technological capabilities and how those affect cybercrime both now and in the future.

System administration covers the fundamentals of computer systems, networks and cybersecurity, cyber infrastructure development and security protection as well as such areas as employee direction and office management. UTC will lead the program in this area, which has the highest enrollment of the three training branches.

H. Charles Kimbrough, a veteran from the U.S. Air Force and U.S. Army, is enrolled in the CWCT and describes the program as a “game-changer.”

“Training of this magnitude, provided in this manner, is truly a game-changer for our country and all those who are fortunate to sit in the virtual classrooms in order to become cybersecurity professionals.”