UTC welcomes military veterans to an abundance of opportunity

Veterans are found in all facets of the University of Tennessee at Chattanooga.

They’re students with majors as wide-ranging as political science, cybersecurity, music and business.

They’re faculty who teach subjects that run from one end of campus to the other—nursing to business to engineering and courses in between.

They’re police officers who protect campus, staff who help run campus from administrative offices and counselors who offer both emotional and academic support.

“UTC is proud to have a number of faculty, staff and students who are veterans. Each of them add so much to our campus,” said UTC Chancellor Steve Angle. “Their experiences in the military translate to how they do their job, stay on task and keep their eye on the goals we are working to accomplish. We are honored to work alongside them.”

Veterans’ experiences in the military have left lasting effects in their lives, knowledge that continues to influence their work at UTC.

Enlisting in the U.S. Army in 1984, Darrell Walsh joined the ROTC at UTC the same year. Three years later, he was commissioned as a second lieutenant. 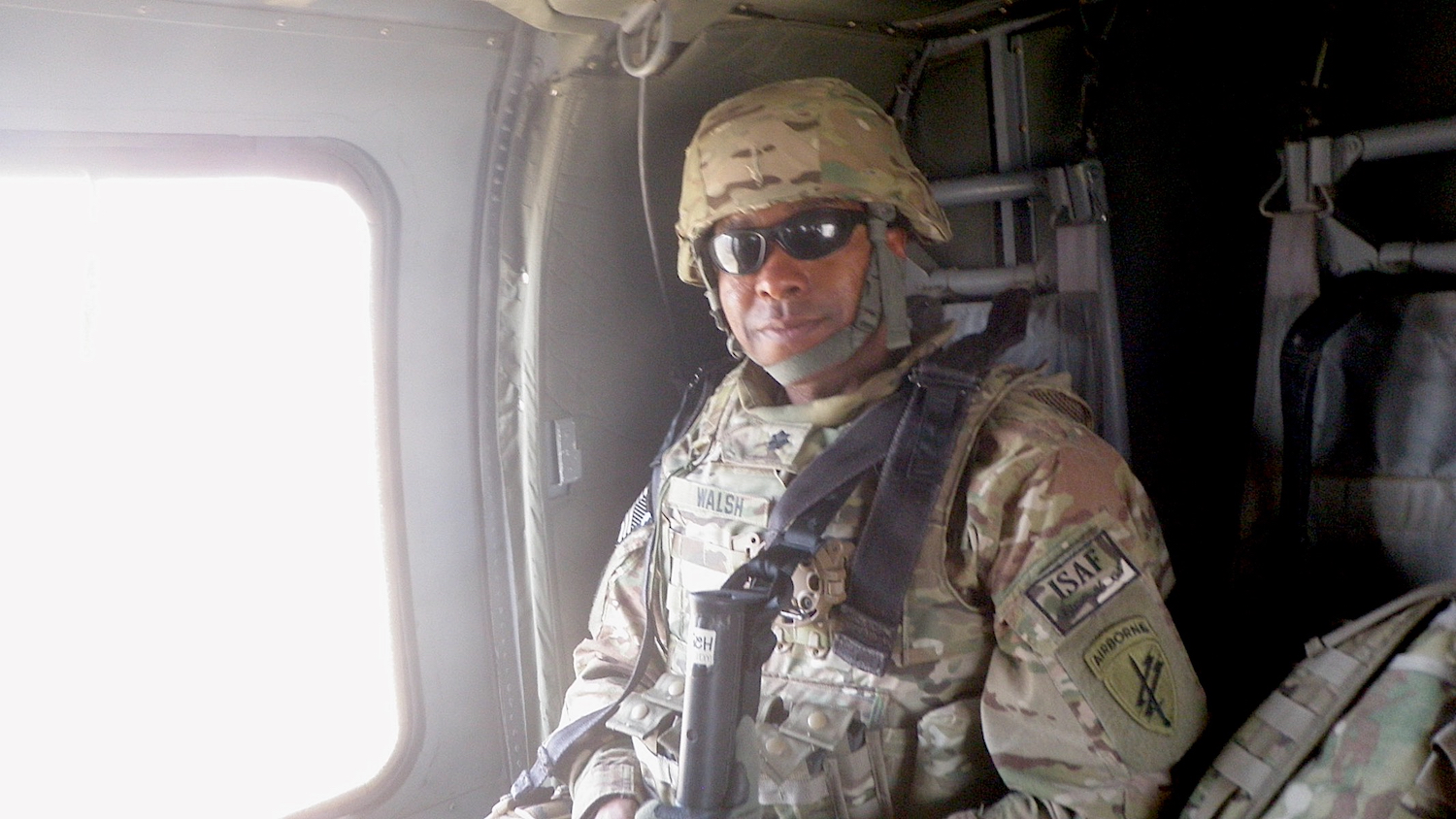 Now a UTC assistant professor in sociology, he said the military taught him how to interact and lead a diverse group of people.

“My leadership skills were developed from learning how to work with people, and that started in basic training and continued at UTC as I navigated through the ROTC program.”

As a finance officer and civil affairs officer in the Army, he served tours of duty in Afghanistan and Iraq and was a lieutenant colonel when he left the Army Reserves in 2015.

He joined UTC in 1990 as a financial aid officer and transitioned into the Department of Sociology faculty in 2005. His time in the service prepared him for the wide array of students who have been in his classrooms, he said. 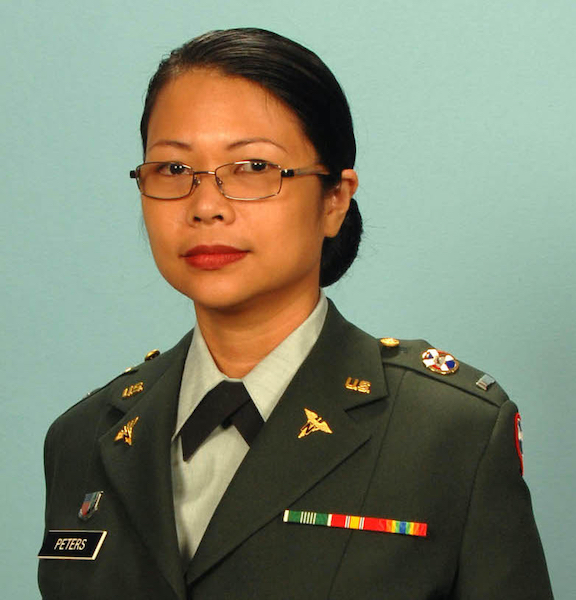 Rosebelle Peters not only learned combat, leadership and team-building skills while a member of the Army Nurse Corps. She learned how to deal with life.

“I came away with more confidence and a take-charge attitude. These life skills made me a better person and a better educator,” said Peters, who served from 2007 until 2017 and rose to the rank of captain.

A registered nurse, she spent 10 years in the Army and came to UTC in 2012. She now handles most of the student simulations in the Bachelor of Science in Nursing program. 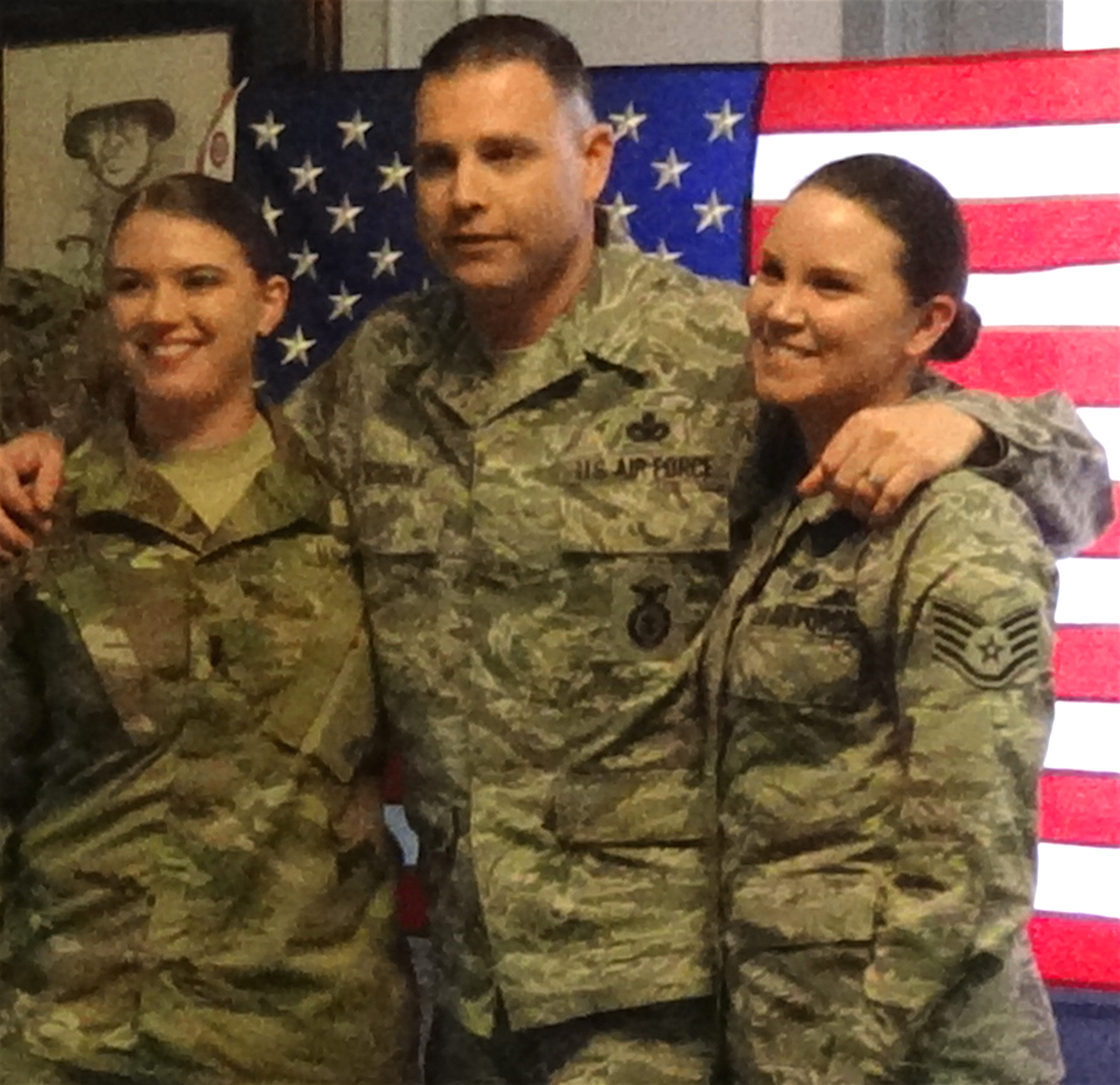 Vanessa Schieble knows that what she wants personally is always secondary to the overall goal.

Reaching that goal means working with members of her unit to get the job done.

“No matter who they are. No matter where they came from. You have to be able to serve the mission,” said Schieble, who served in the U.S. Air Force from 2010 until 2020.

It’s a philosophy she brought with her when she came to UTC in March.

“You have to be able to relate to people,” she said.

In her job, Schieble works with students, both those who come to her for help and those who work with her.

“I’m serving students by offering academic support programs, and I have students that work with me—for me, essentially—who are doing the same thing. I have to inspire them to get to know the people that they are helping,” said Schieble, who left the Air Force as a staff sergeant.

To serve that mission, she must learn what’s important to the students she’s leading.

“I try to make sure everything that I do is very purposeful. That everything I do is very meaningful, so that I don’t waste anyone’s time. So that I can influence them in a way that they can take other people’s time seriously and be more careful and intentional about what they do.” 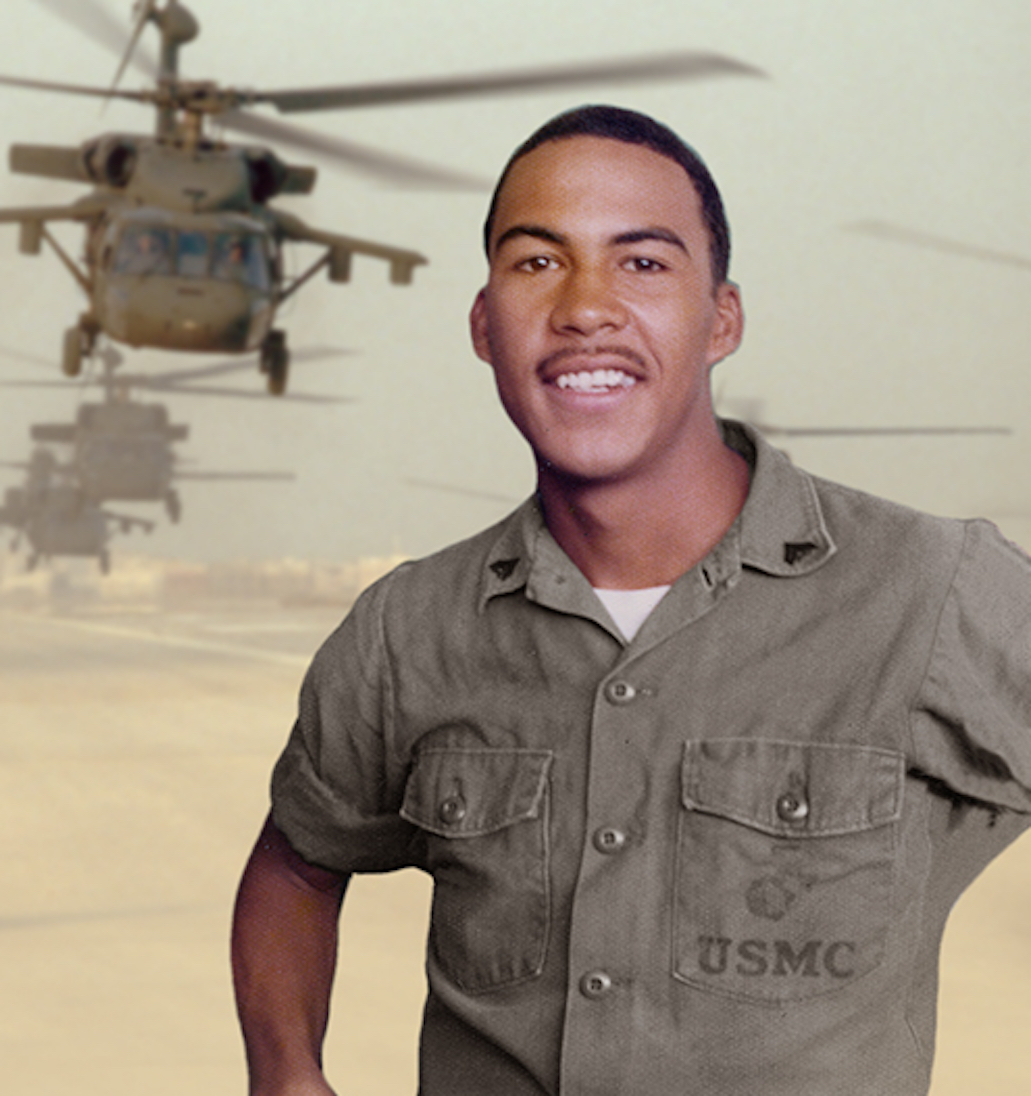 The U.S. Marine Corps taught Victor Howell, among many other lessons, how to follow timetables, hit deadlines and understand what the end result must be.

The key, though, is to mix all that together to get the job done.

“I know how to prioritize, to take the recipe and dump all the ingredients together and give the end user a wonderful cake,” said Howell, who has been with UTC for 11 years.

Assigned to Aviation Operations while in the Marine Corps, when he left—he won’t say exactly how long he was in, just “many years”—he had achieved the rank of sergeant.

Along with his “baking” skills, he learned “dedication, focus, discipline, critical thinking, communications skills and keeping all key stakeholders involved from beginning to end,” he explained.

“I can take that experience and apply it to this job.” 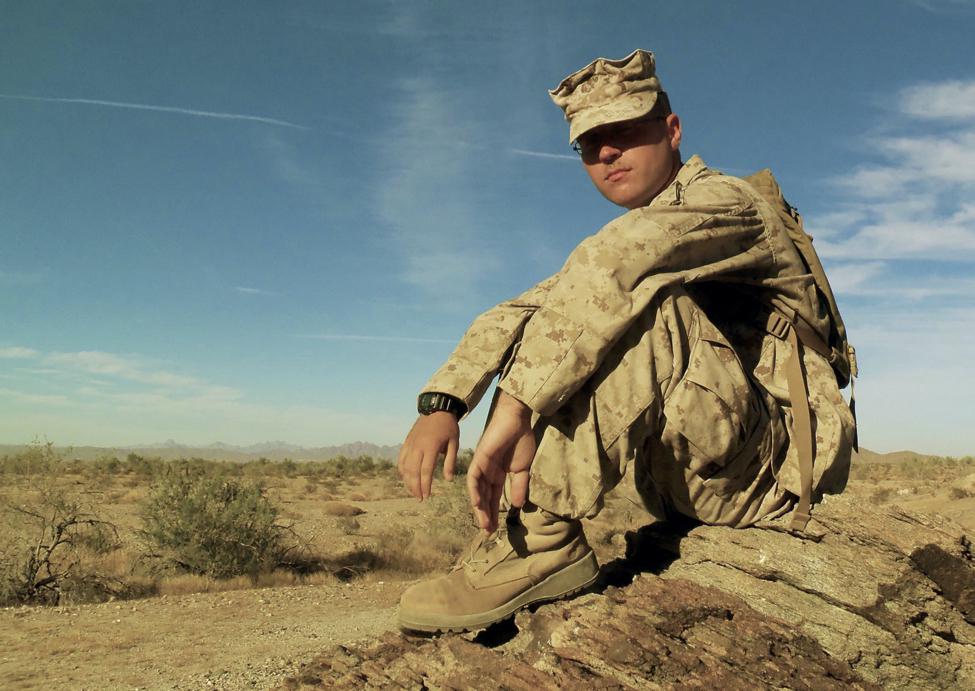 As a veteran, Yoseph Yemin understands the challenges and emotions that other veterans may feel when they enroll in college.

“Being able to communicate with veterans is sometimes a matter of simply having shared background and experiences,” says Yemin, who served five years in the Marine Corps as an air traffic control communications technician.

“Since I have an idea of where they’ve come from, I generally have a good idea of what it’s like to be in their shoes. We can interact without the filters we typically use when talking to others, and there’s a sort of unspoken trust between us.”

He also uses such military educational benefits as health care, so he can help other veterans navigate the sometimes confusing pathways through the benefits process.

“Many veterans struggle to use and understand their benefits. I am often able to help guide them or at least direct them to people who can help them with any problems or questions they may encounter,” said Yemin, who left the Air Force as a corporal.

It’s not all what he can do for others, though. His background in the military also helps him in a personal way by making him a better student, he said.

“My military experience taught me self-discipline, taking initiative and how to be a leader,” he explained. “As a student, I use those skills to take an active role in my classes, striving to better myself and my classmates.

“I organize and lead study groups. I am engaged in class discussions, and I stay ahead of my classwork as much as possible. I strive to be an active part of the learning process, instead of just passively experiencing it.”

Working in the military often means that a question of “When do you need it?” is answered with “Yesterday.”

The ability to move quickly on assignments and get them done on time is invaluable when tackling his university coursework, said Nicholas Dailing, who served eight years in the Air Force between 2013 and 2021.

“It helped teach me time management, and I typically complete assignments the moment they are given to me,” said Dailing.

His time in the service included six years in Computer Networking and two in Intelligence and he left the Air Force with the rank of staff sergeant.