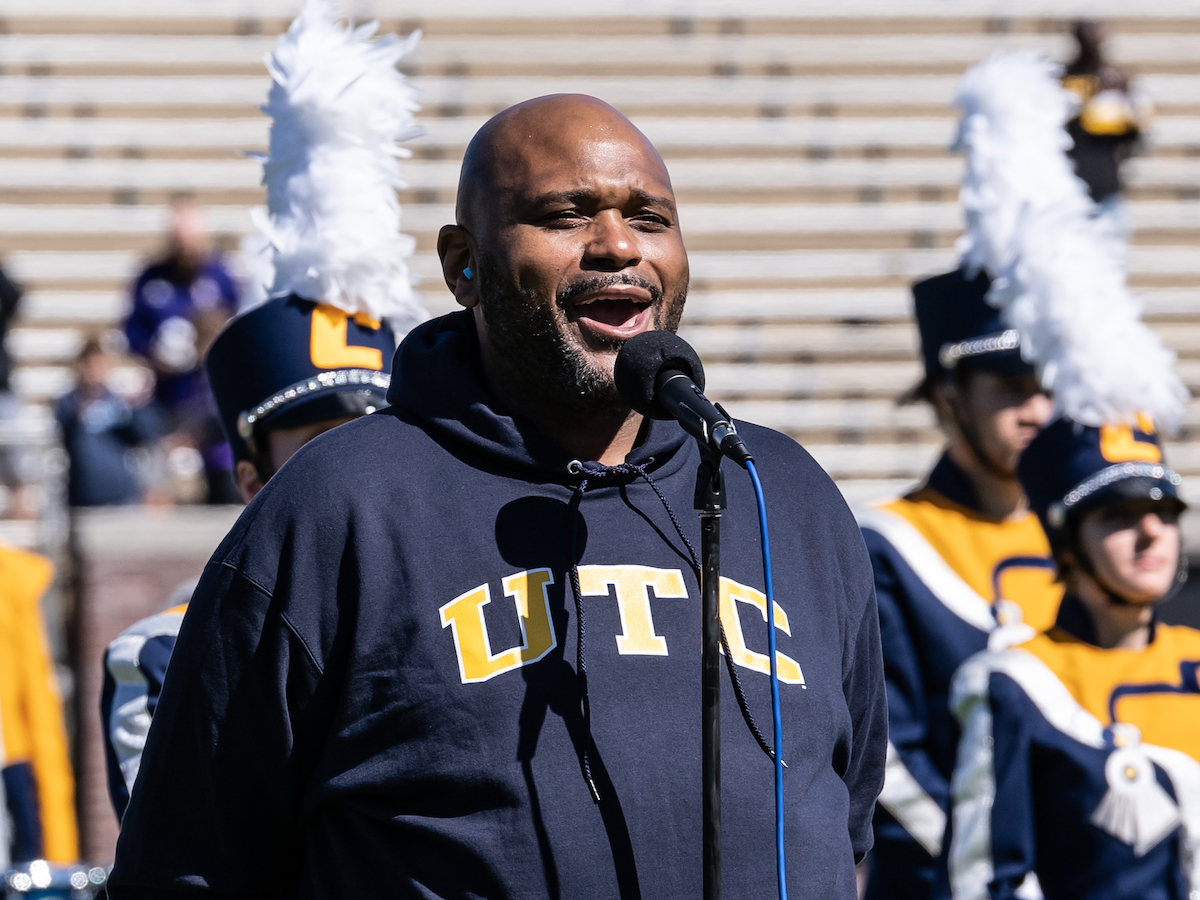 A Chattanooga Mocs football game visit has led to a coup for the University of Tennessee at Chattanooga Department of Performing Arts.

The department’s Music Division has announced that Ruben Studdard, winner of the second season of “American Idol” and a Grammy Award-nominated recording artist, will lead two master classes on campus in March 2022.

“This is an opportunity to share all the wisdom that I’ve gained with young people and I’m so looking forward to it,” Studdard said. “I understand the importance of ‘See it, be it,’ and there are a lot of young people that want to be involved in the music industry that are music majors or theater majors or just in the arts, in general, and they really don’t know what that looks like in a real way.”

The son of two educators—his mother, Emily, still teaches in the Birmingham public school system while his father, Kevin, is a former auto body collision technology teacher—Studdard received a bachelor’s degree in vocal studies from Alabama A&M University in 2000.

“When I was in school, I just wanted information,” he recalled, “and I loved my music history class. That was one of my favorite classes, not because I thought I would learn from Bach’s experience, but I just wanted to know about it. There may be kids that have that same desire to know for the sake of knowing.

“I’m sure these guys will be sponges. They’ll be looking for information that will help guide them if the music industry is something that they want to do.”

Studdard’s road to UTC began Oct. 16 when, at the behest of longtime friend Stacy Lightfoot, UTC vice chancellor for diversity and engagement, he sang the National Anthem at Finley Stadium prior to the football game between the Mocs and the East Tennessee State University Buccaneers.

While in town, he had dinner with a group that included Stuart Benkert, head of the UTC Department of Performing Arts. They talked talking about music, philosophy, their shared fraternity—Phi Mu Alpha Sinfonia—and “how we were trying to diversify the program here at UTC,” Benkert recalled.

“The more I talked to him, the more I thought to myself, ‘He’s a great artist, but it would be great if he would consider coming and working with our students as a teacher,’” Benkert said.

“As head of the department, how could you not want to bring in somebody like him to work with our students? I realized that he has the heart of a teacher and it would be a shame not to let that become part of who he is. What we needed to do is provide the opportunity where his love and talent can be directed toward people that he’s trying to make more musical.”

As part of Studdard’s new assignment, he will work with the UTC Singing Mocs, a group specializing in contemporary singing styles, including pop, a cappella and vocal jazz.

“This will be a really good way for him to start working with our students,” Benkert said. “He has a lot of traditional training, and he’ll be able to teach a wide range of styles.

“In my opinion, this is the first part of a long-lasting relationship. We’re just going to take it one step at a time.”

A singer of rhythm and blues, pop and gospel, Studdard rose to stardom during the second season of “American Idol” in 2003, earning the nickname “Velvet Teddy Bear” from R&B legend Gladys Knight. Studdard defeated Clay Aiken in the televised competition’s season finale.

Studdard has seven studio albums to his credit. The Recording Industry Association of America awarded him platinum status—more than 1 million sold—for his debut album, “Soulful.” His follow-up record, “I Need an Angel,” was the best-selling gospel album in the U.S. and was certified gold—more than 500,000 sold.

He received a Grammy Award nomination in December 2003 for Best Male R&B Vocal Performance for the song “Superstar,” and his songs have appeared in the Top 10 singles charts in five different categories: Hot 100, R&B/Hip Hop, Adult R&B, Urban Contemporary and Gospel.

Studdard also has appeared in several television shows as a guest star. His theater credits include starring as Fats Waller in a national tour revival of the musical “Ain’t Misbehavin’,” which received a Grammy nomination for Best Musical Theater Album, and touring alongside actress Robin Givens in the play “I Need a Hug.”

After winning “American Idol,” he created an advocacy program, the Ruben Studdard Foundation for the Advancement of Children in the Music Arts, to promote music education for students in his hometown of Birmingham, Alabama. He has run summer music camps for middle school and high school students since 2003.

5 Comments » for ‘American Idol’ winner Studdard to teach at UTC