Looking back: 2019 was filled with important and interesting developments at UTC 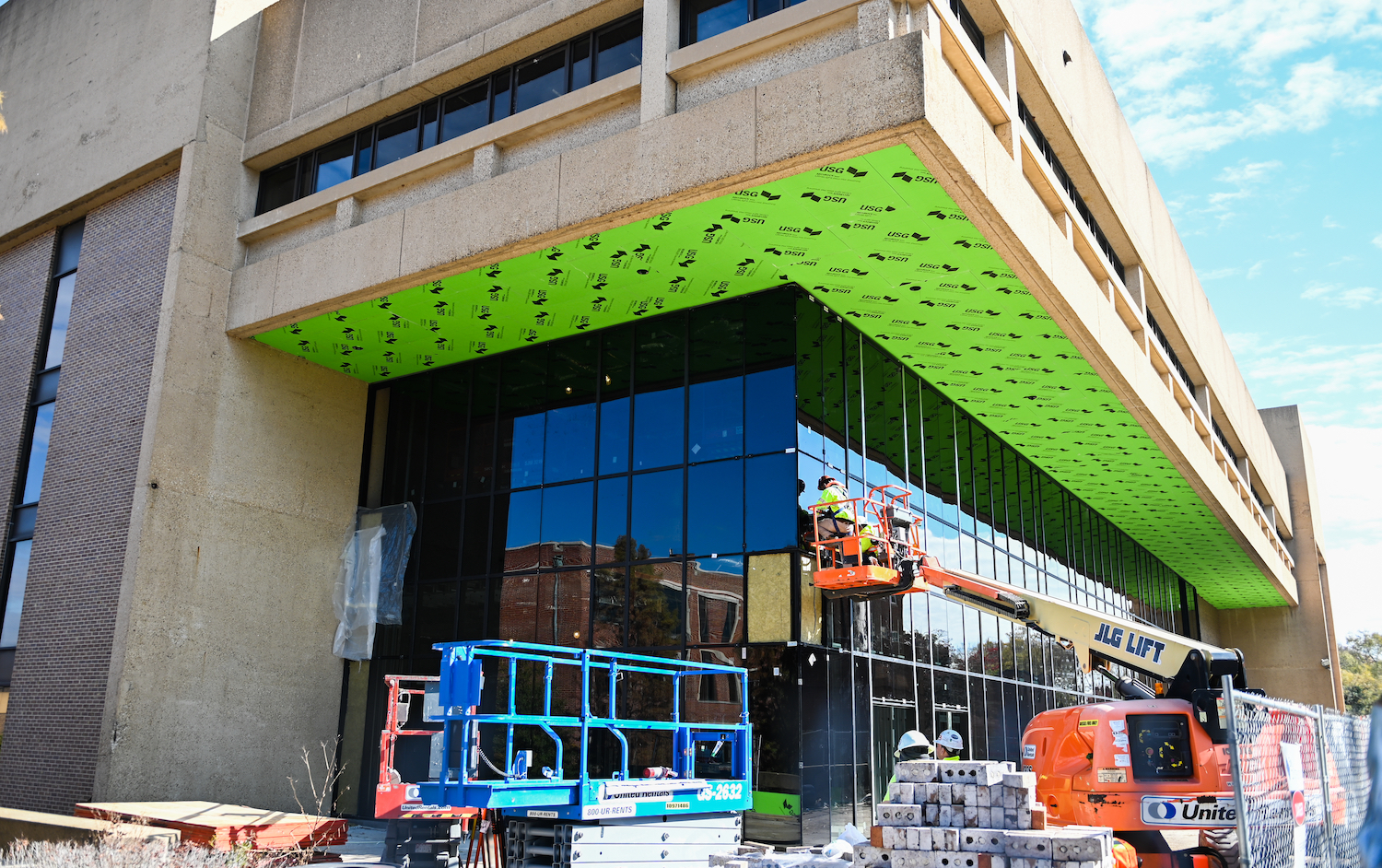 Renovation of the Lupton Library building is one of multiple construction projects taking place on campus in 2019.

Construction continues at a brisk pace at the University of Tennessee at Chattanooga. The remodeling of Vine Street is complete, and Oak Street remodeling is nearly finished. Guerry Hall is open again after its renovation and is now home to the Honors College. The Fine Arts Building is under renovation; Lupton Library is being totally retrofitted as the new home of the College of Arts and Sciences. Three floors in Fletcher Hall, home to the Gary W. Rollins College of Business, are being revamped.

Construction on the new Wolford Family Athletic Center, located next to McKenzie Arena, is scheduled to begin in fall 2020. The project includes a 35,000-square-foot addition and 35,000-square-foot renovation to McKenzie Arena. The facility is named in honor and memory of James “Bucky” Wolford, who died in September 2017. Wolford, a UTC alumnus who was part of or owner of retail development companies with properties throughout the United States, was a Mocs All-America defensive back from 1966-69 and a 1989 UTC Athletics Hall of Fame inductee. His 13 career interceptions are tied for the UTC record, and he led the Mocs with 852 rushing yards in 1968, when the team achieved a 9-1 record.

For its implementation of varied programs and policies supporting diversity and inclusion throughout the community and across campus, UTC won the Inclusion by Design award from the Urban League of Greater Chattanooga.

Le Andrea Ware, a 1995 University of Tennessee at Chattanooga alumna and principal at Howard High School in Chattanooga, was named Tennessee Principal of the Year.

The new UTC Center for Urban Informatics and Progress (CUIP) was recognized by the National Science Foundation for its role in earning Chattanooga the designation as one of the Top 50 “Smart City” projects for 2019. CUIP is the go-to organization for such projects as designing transportation systems—both public and private—that are more efficient and safer, finding new and better methods for energy delivery and improving healthcare for the region.

To give black graduates more reasons to stay in Chattanooga, four UTC students — Dominique Malone, Khadesha Gordon, Ryenne McDowell and Marquise Tate — were awarded the Styles L. Hutchins Fellowship, a new collaboration between UTC, the Chattanooga mayor’s office, the Chattanooga Chamber of Commerce and the Urban League of Greater Chattanooga.

Colleen Ryan, who graduated from UTC in 2015, was selected as Toyota Family Teacher of the Year for 2019, an award open to teachers across the country. She received the award in part because of the Passage, a school bus that she and her partner, Brittany Harris, a school learning coach who earned bachelor’s and master’s degrees at UTC, transformed into a classroom that brings desks, computers and learning materials to students and their families throughout local neighborhoods.

Li Yang, a professor of computer science and engineering in the College of Engineering and Computer Science, was appointed as a program director at the National Science Foundation for the 2019-2020 academic year. She is the first UTC faculty member to receive such an appointment to the NSF.

The Rewards of Hard Work

Graduates in three programs — Nursing, Physical Therapy and Education — achieved 100 percent pass rates on their national licensing exams, which make it possible for them to practice their chosen professions.

On Jan. 1, 2019, the UTC campus went smoke-free. Cigarettes, cigars and vaping devices are no longer allowed at the University.

For the sixth year in a row, UTC was named a Tree Campus USA by the Arbor Day Foundation, the only university in the UT System to achieve the honor. The designation recognizes institutions nationwide for “promoting healthy trees and engaging students and staff in the spirit of conservation.”