Coronavirus screeches vacation in South America to a halt

Twelve-year-old Anya walks along a trail near Mt. Fitz Roy in the Patagonian region in Argentina.

Not that he hadn’t known that things were bad before, but Drew Bailey knew things had truly hit bottom when students living in the same apartment complex were fed two bread rolls and a cup of oatmeal as a meal.

Their ONLY meal of the day.

“That was the reality check for everybody,” says Bailey, UC Foundation associate professor and program coordinator for sport, outdoor recreation and tourism management for the University of Tennessee at Chattanooga.

The reality is that Bailey, his wife Stephanie and 12-year-old daughter Anya were quarantined in Peru for 12 days in March because of the coronavirus. But when it first happened, there was no information on when they could leave the country.

“We had no idea when this was going to end,” Bailey said.

The family had come to South America in February, visiting Chile, Ecuador and Argentina for the first month. Peru was next on their list. The first confirmed case of COVID-19 was reported in South America on March 7, but “it wasn’t a big deal at that point,” Bailey says.

In late March it became a big deal. At the time, the Bailey’s home base was an apartment in Cuzco, the capital of the Incan empire from the 13th to the 16th century.

They were visiting Peru’s Lake Titicaca—about seven hours away from Cuzco—when the first virus case was reported in Cuzco.

They left the lake the next morning, heading back to Cuzco and planning to board a plane for the U.S. They didn’t; they couldn’t.

“There were guys with big guns in the airport. All the tourists were lined up outside, hoping they could get a flight out,” Bailey said.

No one could leave the country by car or plane or even by walking out, he said. So the Bailey’s options were not just limited, they were non-existent.

Each day, people signed a document to verify that they’d gone to the store only once.

“If police saw you more than once, they knew you weren’t supposed to be there. It was a $250 fine just to let your kid play outside.”

As the days ran on, their studio apartment “got pretty small” he said.

“Our daughter handled it the best. She was cooking, and she loves to cook. She was doing that, watching some shows, a lot of Harry Potter movies. My wife and I were going insane.”

A group of high school and college students was living in an apartment in the same complex as the Baileys. Online message boards kept everyone in touch.

Food was delivered to students each day, but one night about 7 p.m., they posted a message saying they hadn’t received any food all day. When the meal came, they posted a photo of dinner: Two dinner rolls and a cup of oatmeal. It was a wake-up moment, Bailey said.

“We realized in an instant that, if someone in our apartment complex tested positive, we could be stuck here in a long time, barricaded in our room,” Bailey said.

Luckily, no one did.

To get out of Peru, Americans put their names on a waiting list from the U.S. Embassy. Every night, a certain number of Americans would receive a notice telling them to be at the airport by 9 a.m. the next morning.  They would board a plane whose ultimate destination was Miami. There was limited seating, Bailey said, so not everyone got out at the same time.

Twelve days after the lockdown began, the Baileys received their letter and the next morning were on a plane headed to the U.S.

And yes, Bailey said, the passengers erupted with cheers when the plane took off. 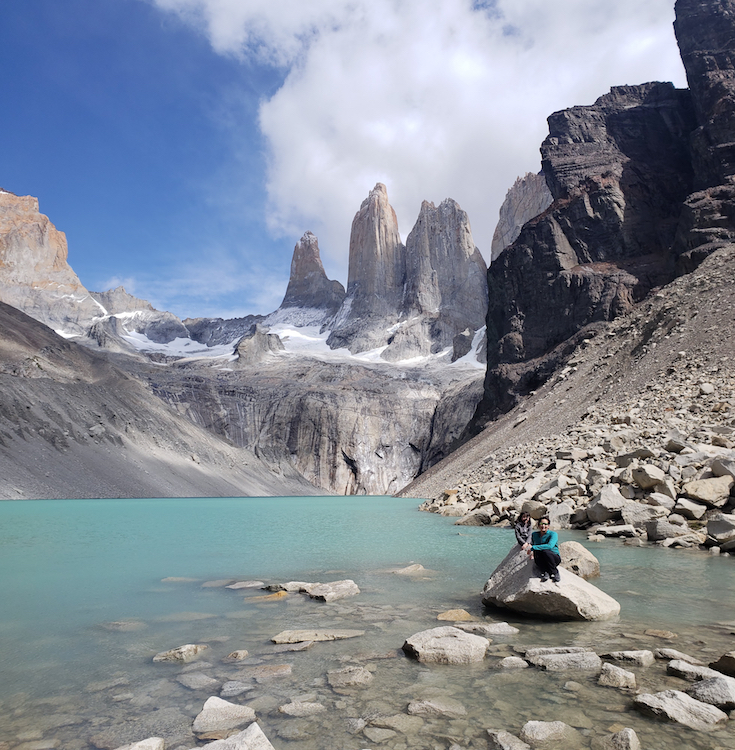 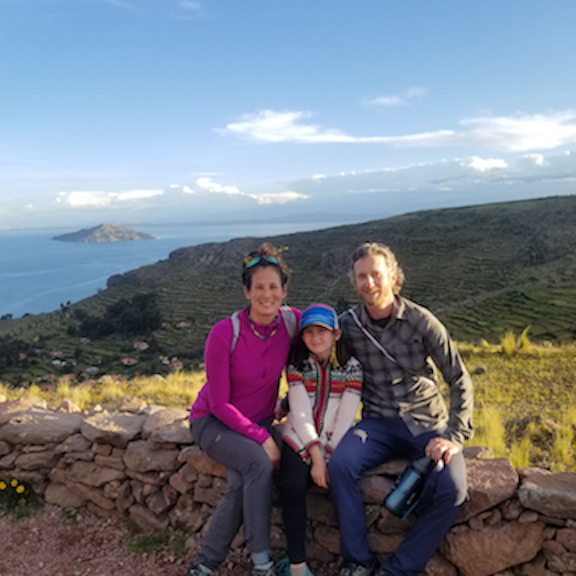 The Bailey family in front of Lake Titicaca on the border between Peru and Bolivia.

Cerro Torre is one of the mountains of the Southern Patagonian Ice Field in South America.

The El TelerifiQo sky tram in the Ecuadoran capital of Quito is one of the highest aerial lifts in the world. It takes passengers to the top of the Pichincha volcano.

View of Cuzco, Peru, from the Mirador Camina de Inca.

Evening view from the BnB where the Baileys stayed while quarantined in Cuzco, Peru.

The view from the roof of the BnB in Cuzco, Peru, where the Baileys stayed while quarantined.

The route taken by the Baileys during their daily trip to the market in Cuzco, Peru.

People wait in line at the Cuzco airport to board a plane out of the country. 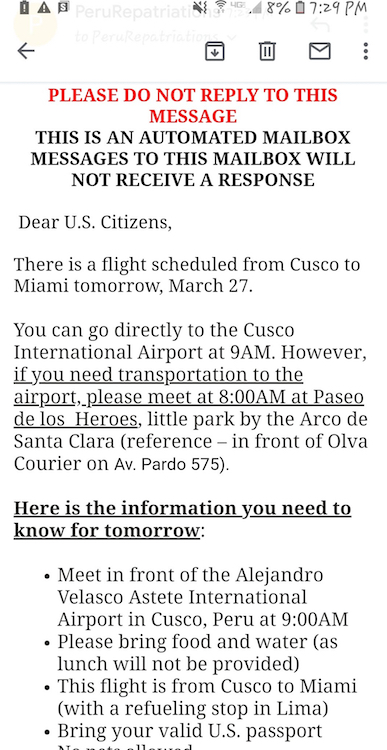 The official notice from the U.S. Embassy that American citizens stuck in Peru received with instructions on how to board a plane the next day to leave the country.
Media Relations Contacts: Email Shawn Ryan or call 423-425-4363.